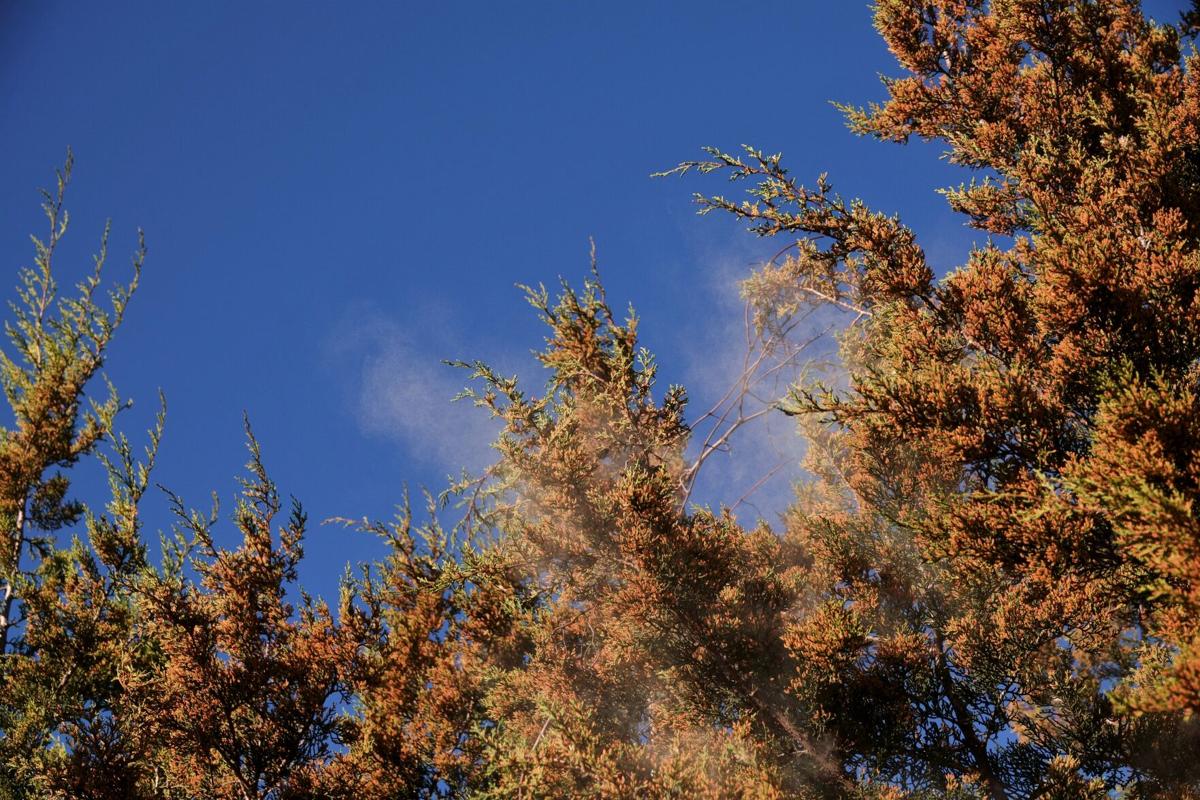 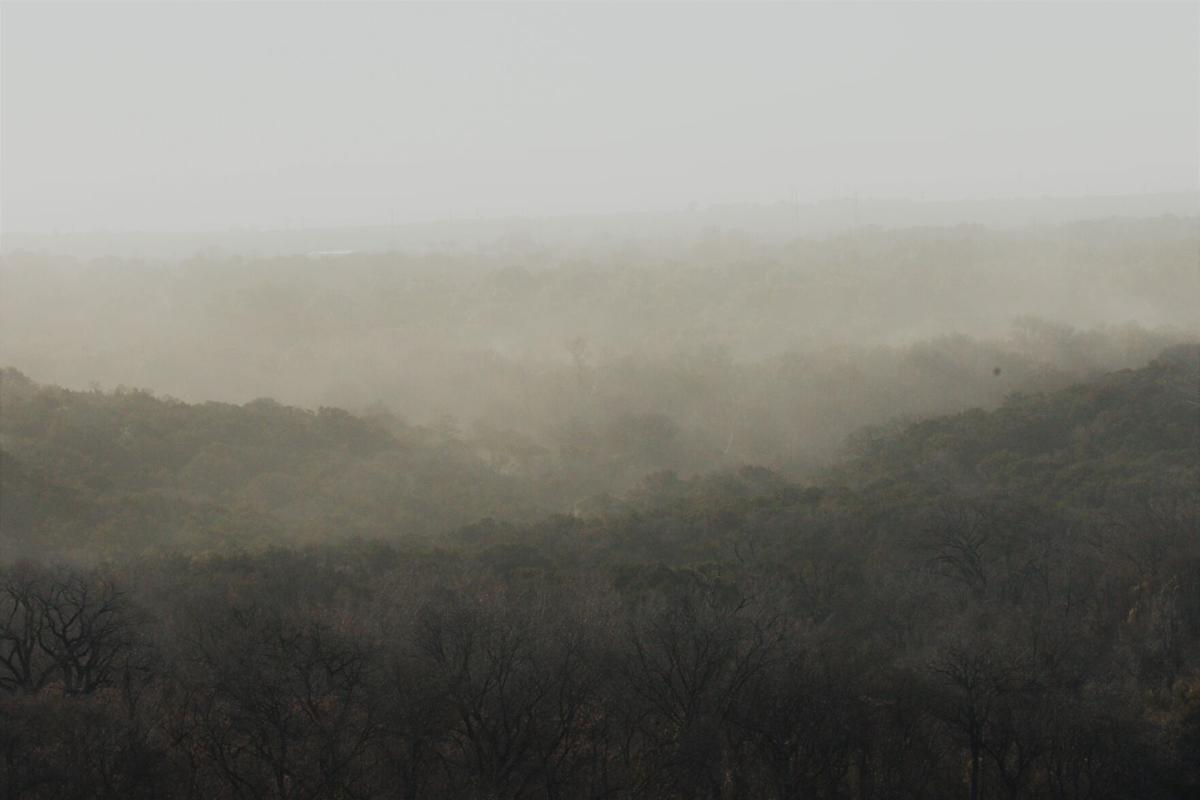 Thick cedar pollen seen near Fort Hood after winds settled on a high pollen count day. Pollen sometimes becomes so thick it resembles smoke. This photo was shot in the right place with the right light.

Thick cedar pollen seen near Fort Hood after winds settled on a high pollen count day. Pollen sometimes becomes so thick it resembles smoke. This photo was shot in the right place with the right light.

I came to understand why my sinuses closed for effective breathing each January way back in 1987.

Growing up here in the 1980s, like other teenagers, I thought I knew everything.

I learned a lot more.

With enthusiasm, I explored local woods, fields and creeks of the area. Though I explored Fort Hood too, most of my experiences were on my family’s 400-acre open space along House Creek right beside Fort Hood, which is now a subdivision and school. I fished and hunted, checked our cows/water gaps/fences, and became a passionate outdoorsman.

One mild January 1987 day preceding a cold front, I drove with windows rolled down along a two-track, making contact with some brush. Then some cedar limbs got inside the cab sending pollen everywhere. My allergic reaction was immediate, beginning with severe nasal congestion and watery eyes so bad I couldn’t see. It stopped me in my tracks! It took a while but I recovered and returned home feeling horrible.

The after effects of that exasperating exposure coupled with high cedar pollen counts that month resulted in poor sleep, if I slept at all.

Today, I am fortunate to work in support of our Army alongside my talented colleagues with the Fort Hood Natural and Cultural Resources Branch. Here, we balance the needs of natural and cultural resources with the needs of Army training.

Because of my work, I still spend many hours in the field, but not so much in January because I know better.

January is THE peak month of cedar pollen season here in Central Texas. I limit or avoid outdoor activity whenever possible.

Local weather reporters share the “mountain cedar” allergy update because many people like me suffer from “cedar fever.”

The pollen count for cedar varies, but is often very high at times beginning in late December, through January and sometimes into early February.

If you are allergic, consult your doctor for treatment options.

Cedars release pollen in excess because this plant is wind-pollinated. Wind pollination is a strategy used by some plant species, and in this case produce copious amounts of pollen in their cones then send it blowing into the sky for cross-pollination.

Indeed, local firefighters acknowledge that citizens sometimes report false alarm fires because they see smoke which isn’t smoke at all, but rather cedar pollen floating and settling in canyons.

Though our weather varies, high wind days result in elevated pollen counts as it travels many miles. Fort Hood is situated in the 35 county limestone hill country region that make up most of this cedar’s entire Texas distribution.

Clarification: Our cedar is not really a cedar at all like red cedars grown as timber and used to make lumber and fence pickets. Our cedar is actually a juniper.

Though it is referred to as cedar by almost every Texan, our cedar’s official common name is Ashe juniper (Juniperus asheii). The species is native and well-distributed at Fort Hood plus the surrounding area. The trees are either male or female. Males bear the amber pollen fronds that cause the allergy problems. Females produce the blueberry cones which are fertilized by the pollen. Then the blueish cones are consumed and spread by birds and wildlife to start new plants.

From a distance, you can see the amber-green contrast in dense closed-canopy stands especially those at BLORA.

Closed-canopy woodlands are old-growth late-succession and mature. When protected, some stands exceed 100 years old. These time-tested woodlands give rise to quality habitat for wildlife, but also provide an important part of a varied native plant landscape and ecosystem needed for sustained, realistic, and effective military training.

Juniper or cedar pollen does not have a smell. Thus, it should not be confused with the fragrant smell of a fresh cut specimen. This fragrance is oil resin that does not cause sinus allergies.

Though it has no smell, the settling pollen coats our cars, windows and other shiny outdoor surfaces this month prompting the need for more frequent washing.

My knowledge is much more than it was during the 1980s. Experience has taught me to take allergy meds and stay indoors more often during January. If you are allergic to cedar pollen, you should too.