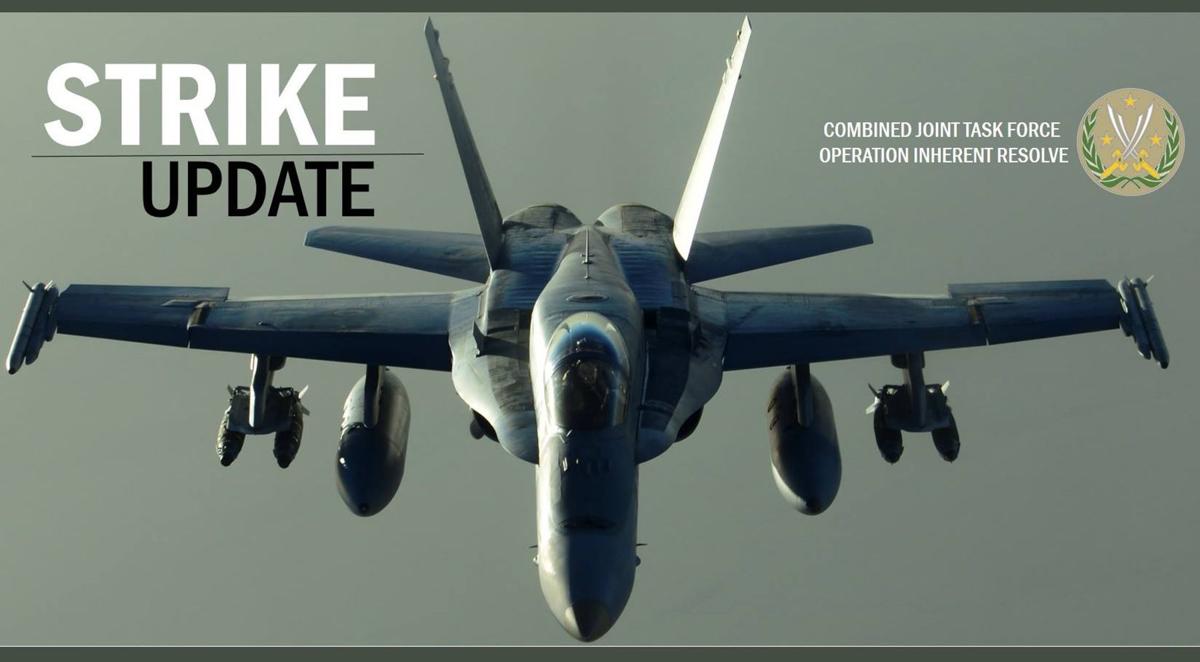 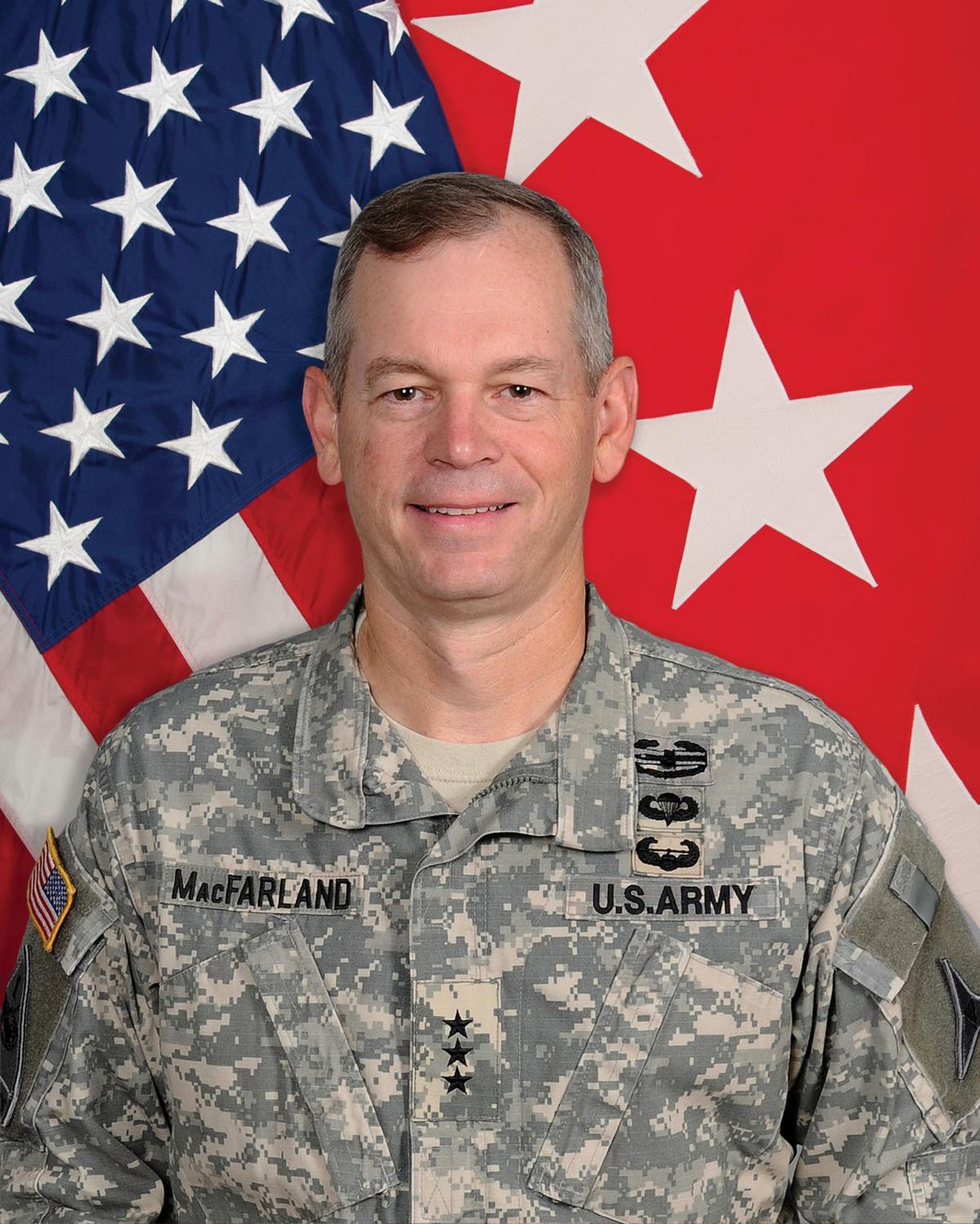 Recently the III Armored Corps forward headquarters quietly passed the six-month mark of our deployment to the Middle East, where we are leading the military effort of the 60-nation Global Coalition fight against the Islamic State. The approximately 450 Phantom Warriors are taking the fight to the Islamic State, locally called Da’esh – some of the worst people on the planet – in a way that should make the Soldiers, Airmen, Families and civilians of the Corps proud.

This is the fifth time the Corps headquarters has deployed in the past 13 years, but it is by no means the busiest unit within the Corps. The Corps continues to answer the nation’s call by deploying approximately 27,000 Phantom Warriors to every continent but Antarctica while continuing to refine the art of mounted maneuver warfare. It is important for all Soldiers, Airmen, Families, and Civilians on Fort Hood and on all the III Corps installations to have an understanding of how significant III Armored Corps is to the security of the United States.

The Corps assumed the lead of the Combined Joint Task Force-Operation INHERENT RESOLVE on Sept. 19 last year. Since that day we’ve been fighting Da’esh to militarily defeat them in Iraq and Syria by striking them across the breadth and depth of the battlefield, by building the security capacity of our regional partners, and by leveraging the capabilities of the Coalition.

We are striking Da’esh with airstrikes, rocket artillery and cannon artillery on a daily basis, and the terrorist group is weaker because of it. We’ve conducted more than 4,400 strikes since Sept. 19 and continue to kill their fighters and destroy their capacity to fight.

While we damage Da’esh, we are making our partners on the ground better. In Iraq, our training program is effective and adapting to the fight the Iraqi Security Forces are conducting. Since we assumed the mission in September, we have trained and equipped more than 6,000 members of the Iraqi Security Forces. In Syria, the situation is more complicated, but our support to the Syrian Democratic Forces and various vetted opposition forces have increased the pressure on Da’esh across both countries.

We’ve seen a great deal of progress over the last few months. In Iraq, the Yazidi town of Sinjar, the Iraqi Oil Refinery town of Bayji and most importantly, the city of Ramadi have been liberated. Ramadi is a turning point in the campaign. It is a large, strategically and symbolically important city and the enemy suffered a crushing defeat there. Since its loss, the enemy has been unable to mount a sustained resistance anywhere in Iraq or Syria.

In Syria, the towns of Al Hawl and Shaddadi are now free of the enemy. Over 6,000 kilometers of Syria have been liberated since III Corps arrived. Shaddadi’s loss was significant for many reasons. It deprived the enemy of large amounts of oil revenue and has disrupted enemy command, control and logistics. It was so important that the enemy’s most senior military leader, “Omar the Chechen” was killed while unsuccessfully trying to defend the town.

Meanwhile, we have achieved significant success striking Da’esh’s finances by targeting their oil and natural gas production facilities. We have also destroyed many millions of dollars of bulk reserve cash which Da’esh used to pay their fighters and fund terror operations. We have killed or captured several top leaders and dozens of other Da’esh officials, disrupting their ability to plan and control operations. There is still much work to do, but we believe Da’esh is under increasing pressure all across the battlefield and we have the initiative.

More than 900 Soldiers assigned to the 1st Armored Division and Fort Bliss, Texas are currently deployed in 17 countries supporting multiple combatant commands across the world. “Old Ironsides” leaders are providing mission command for several regional exercises and conducting training with allied and partner forces in support of the Combined Force-Jordan mission in the U.S. Central Command (CENTCOM) area of responsibility. In addition, the division continues to train and certify leaders through multiple mission rehearsal exercises to prepare for deployments to U.S. European Command area of responsibility to partner with multinational militaries. Recently, the division’s Iron Training Detachment ran its Desert Warrior Course; the only desert warfare course in the Army which was designed to fill a gap in small-unit tactics after more than a decade of counterinsurgency-focused operations.

The troopers of the 1st Cavalry Division are geographically spread across combatant commands from the Republic of Korea to Afghanistan. The 1st Brigade Combat Team continues training with the 2nd Infantry Division in support of deterrence operations on the Korean peninsula. The 3rd Cavalry Regiment recently finished a month-long training exercise at the National Training Center in preparation for their mission later this summer in Afghanistan. The 1st Air Cavalry Brigade is providing aerial support to both EUCOM and CENTCOM. Finally, the “First Team” Headquarters will soon conduct its Warfighter Exercise to train the division staff for its future deployment.

The 1st Infantry Division prepares to execute a WFX at Fort Riley utilizing a Decisive Action Training Environment. Over the next three months, the “Big Red One” will execute Operation Danger Focus to build leaders prepared for combat operations within a training environment linking field training and digital simulations. This training exercise, the largest ever held at Fort Riley, will also finalize the preparation of the 1st BCT prior to its NTC rotation in July. Later in the summer, the division will provide support for Cadet Summer Training at Fort Knox, Ky.; providing invaluable leadership and experience to future leaders of the U.S. Army through strenuous and realistic training.

For more than a year, the 4th Infantry Division Mission has maintained a persistent presence as the command element deployed in support of Operation Atlantic Resolve in Germany as the Regionally Aligned Force division to EUCOM. The “Ivy” Division’s footprint is spread throughout U.S. Army Europe as its Soldiers are supporting multinational exercises to ensure interoperability with our current, and potential, coalition partners and deter Russian aggression towards our NATO partners. Two brigades from the division are currently deployed to Afghanistan. The 1st Stryker Brigade Combat Team will take part in multinational exercises above and below our nation’s borders, supporting U.S. Northern Command’s Operation Maple Resolve in Canada and several missions in Mexico.

The 75th Field Artillery Brigade will provide fire support for the NTC rotation of the 1st Armored Division this summer. The brigade will also send a battalion to the Republic of Korea to integrate and provide fires in support of deterrence operations against North Korean aggression. The “Tough as Diamonds” brigade will integrate into both air and ground operations on the Korean peninsula.

As the entire Army can see, the III Armored Corps continues to provide significant combat power to the combatant commanders, fighting to win our nation’s wars and deterring aggression around the globe. The Phantom Corps continues to earn the nickname of “America’s Hammer.”

I want to give a special thanks and acknowledgement to all the dedicated Army civilians who keep our units and our Soldiers in the Corps moving forward and able to focus on the mission. Your support to our installations, our troops and our Families is integral to the readiness of the III Corps mission and its success.

I also want to thank our Families for the strength and stability you provide to our troops. They provide comfort, inspiration and motivation while bearing the burdens of their own sacrifices. The Corps couldn’t do what it must do without you and your support. So I can’t thank you enough for what you do for your Soldier or your Airmen.

I couldn’t be prouder of the Phantom Corps accomplishes in defense of the nation. Thanks to each and every one of you for all you do and all your sacrifice.