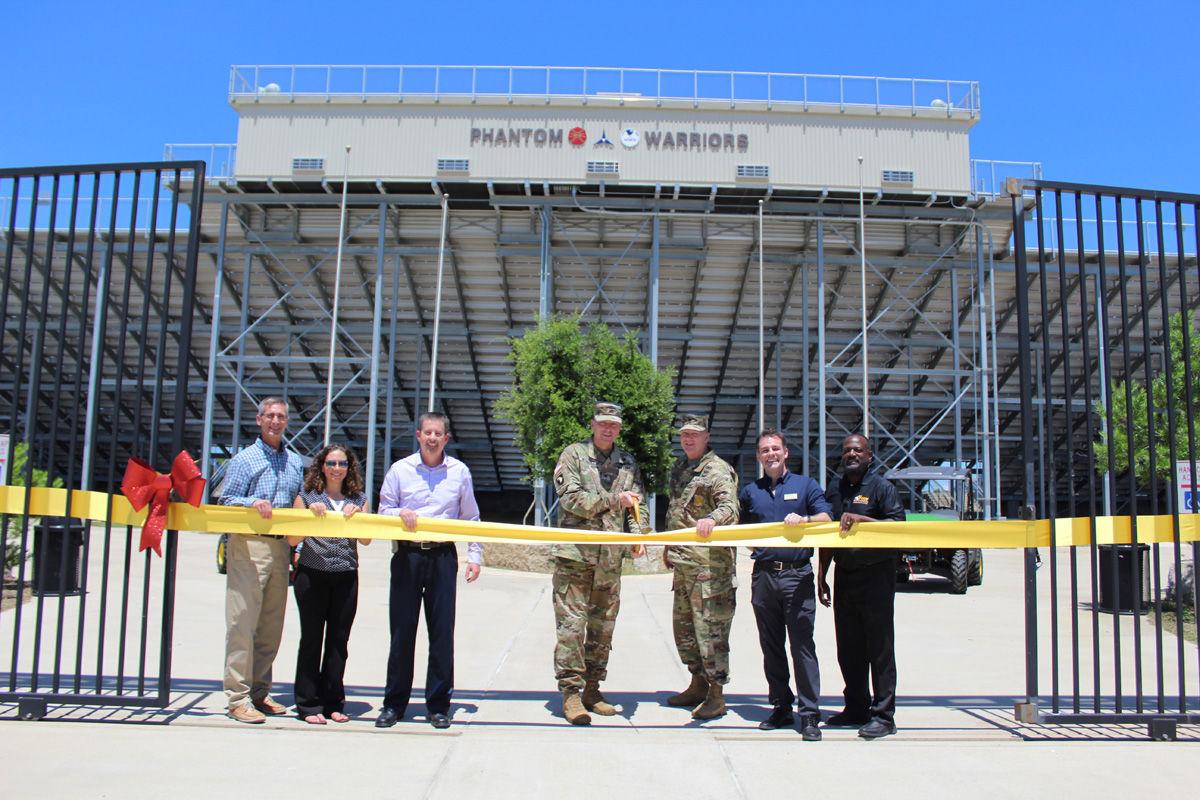 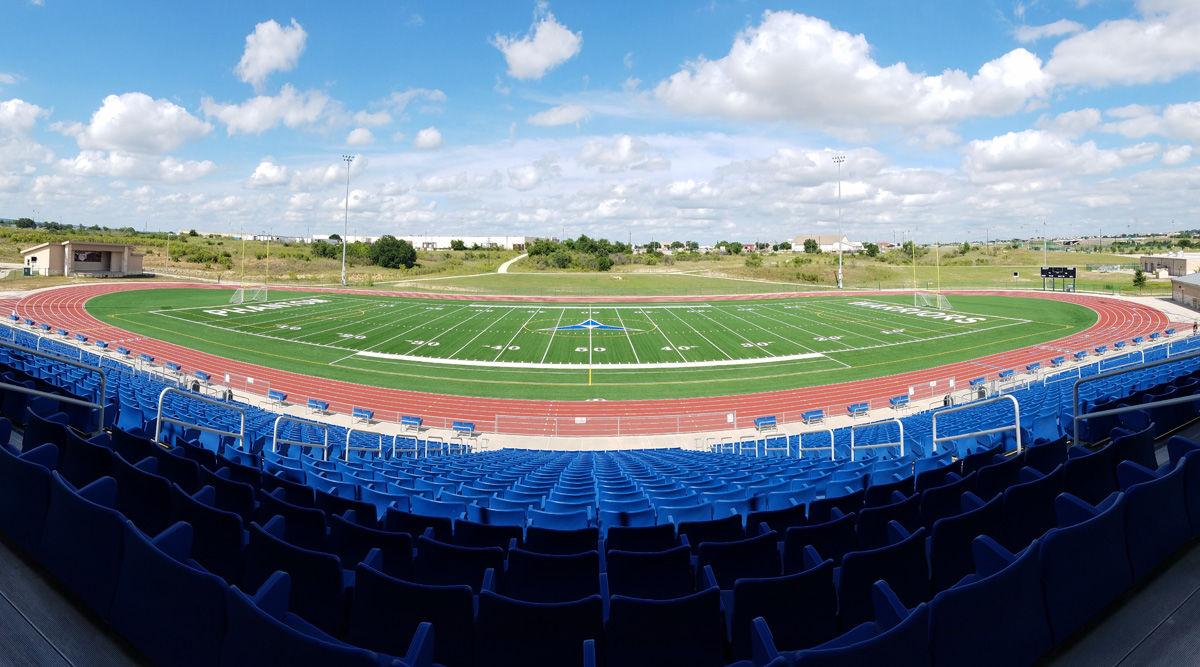 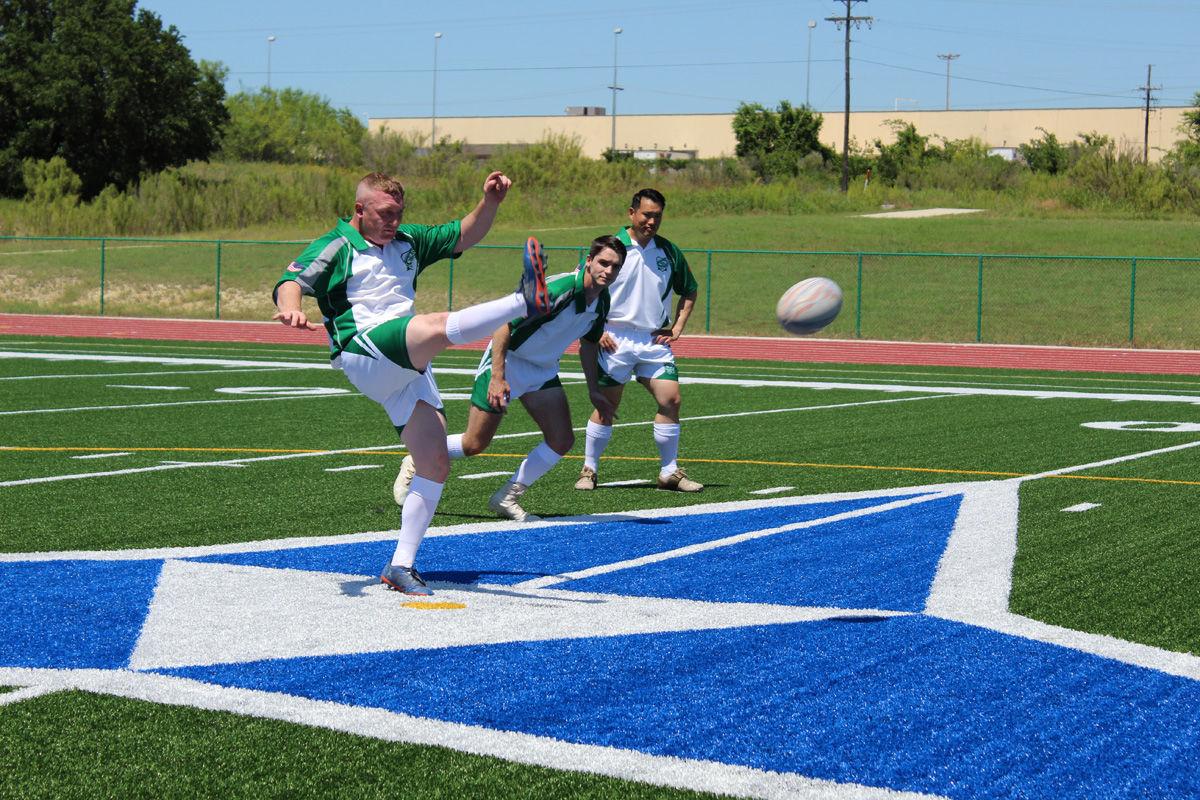 Local athletes and members of the community came out for the official grand reopening of Hood Stadium June 13, with Col. Jason Wesbrock and Command Sgt. Maj. Byron Larsen, command team of U.S. Army Garrison – Fort Hood, cutting the ribbon on the renovated facility.

The $2.1 million renovation project, which included the field, track and lighting, took seven months to complete – just in time for summer sports. The former grass field and track were in disrepair due to aging, with divots causing problems for the athletes.

Brandi Crist, Fort Hood Family and Morale, Welfare and Recreation community recreation chief, said the grass field has been replaced with an artificial turf field, the track was resurfaced and the lights were replaced with LED lights, making the stadium significantly brighter at night.

Lifecycle Construction Services, the contractor for the large project, was able to use recycled materials for the renovation. By using artificial grass, Fort Hood will no longer need to water, mow, weed or reseed the grass. The durable rubber will also stand up to the physical abuse of contact sports.

“We have to start watching it after 10 years, because that’s when it starts to degrade,” she said.

While Fort Hood’s soccer and rugby teams were present for the ribbon cutting, the rugby team was the first team to officially practice on the new turf.

“It’s something special,” Sgt. Amitan Rebin, 1st Battalion, 9th Cavalry Regiment, said about being the first team to practice on the field. “It’s gonna be a lot of fun to play on.”

Crist said they have partnered with Fort Hood’s Child & Youth Services to allow youth sports access to the field as well.

“It should set conditions for our Soldiers, our Families, our retirees and our athletes to get some good training,” Wesbrock said.