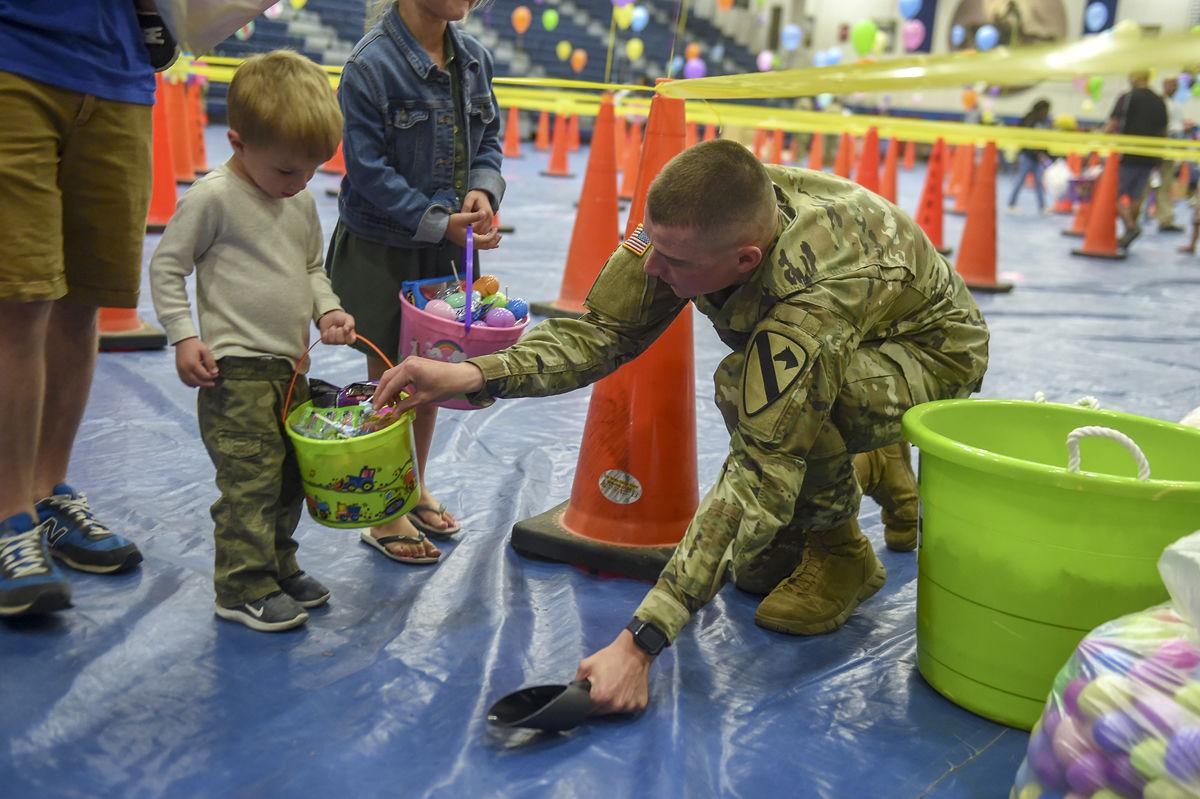 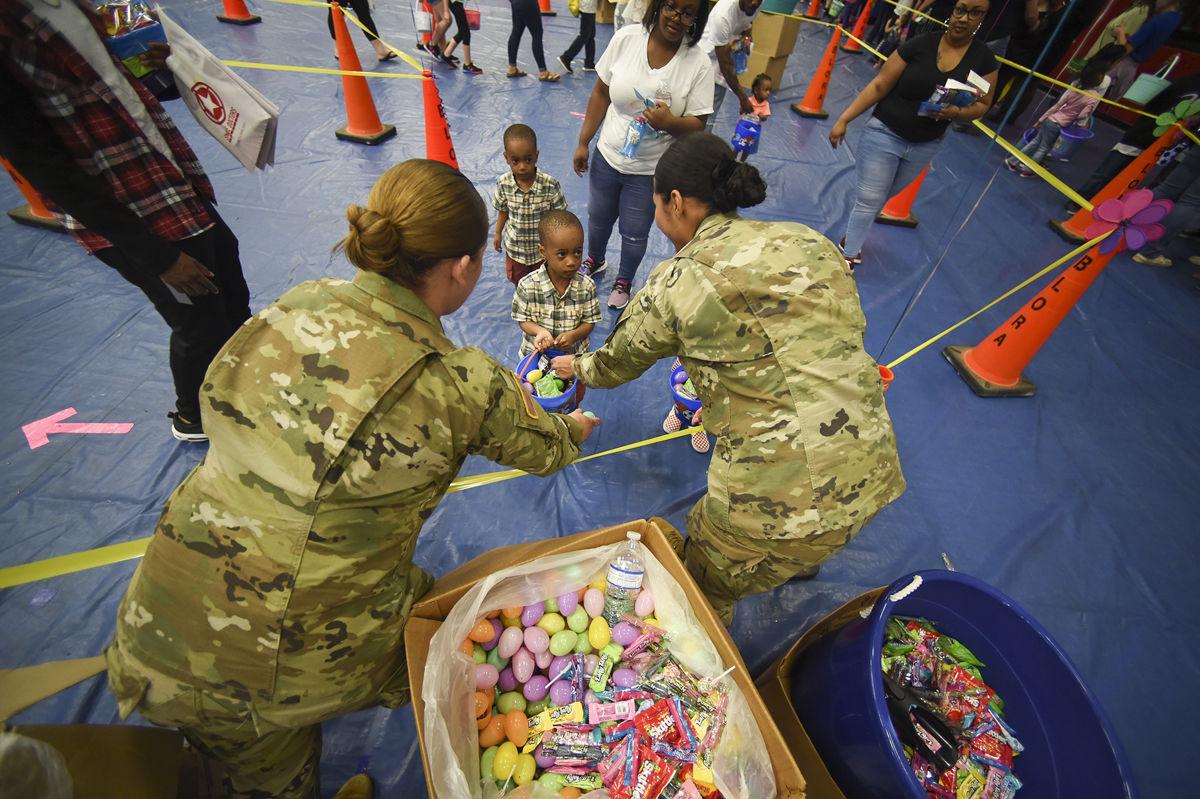 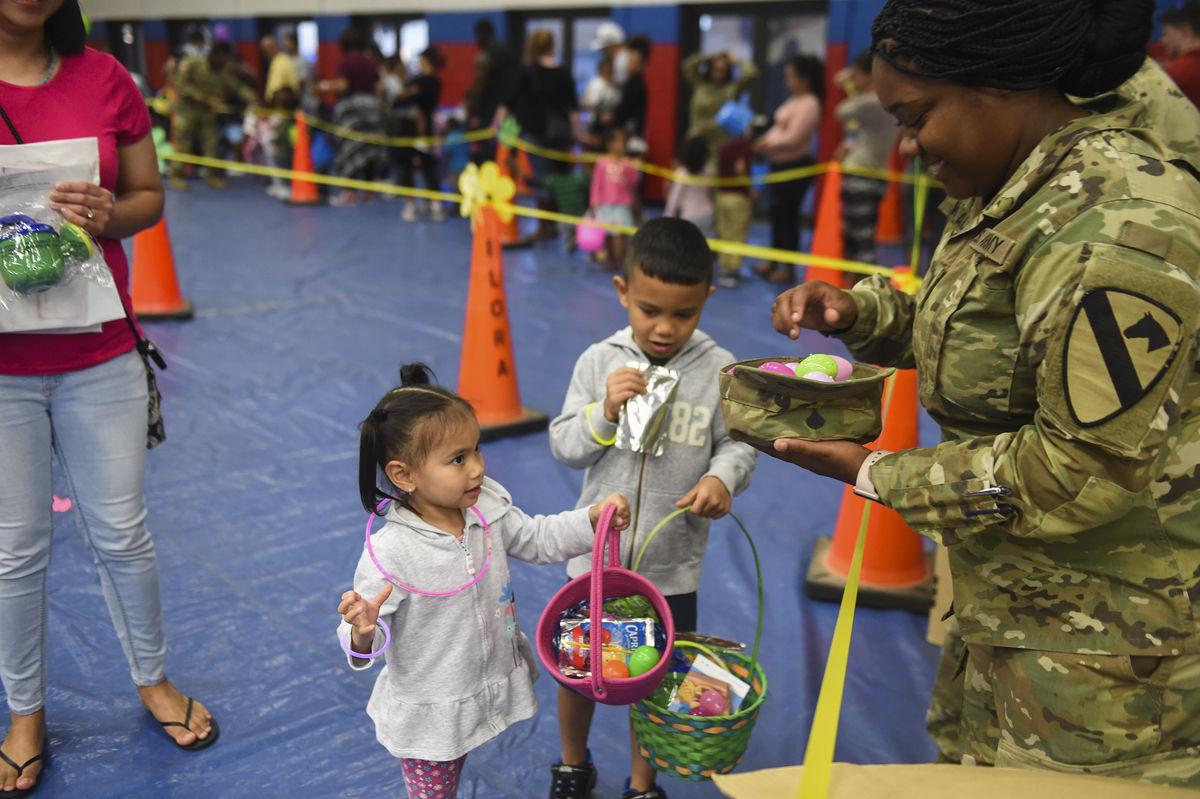 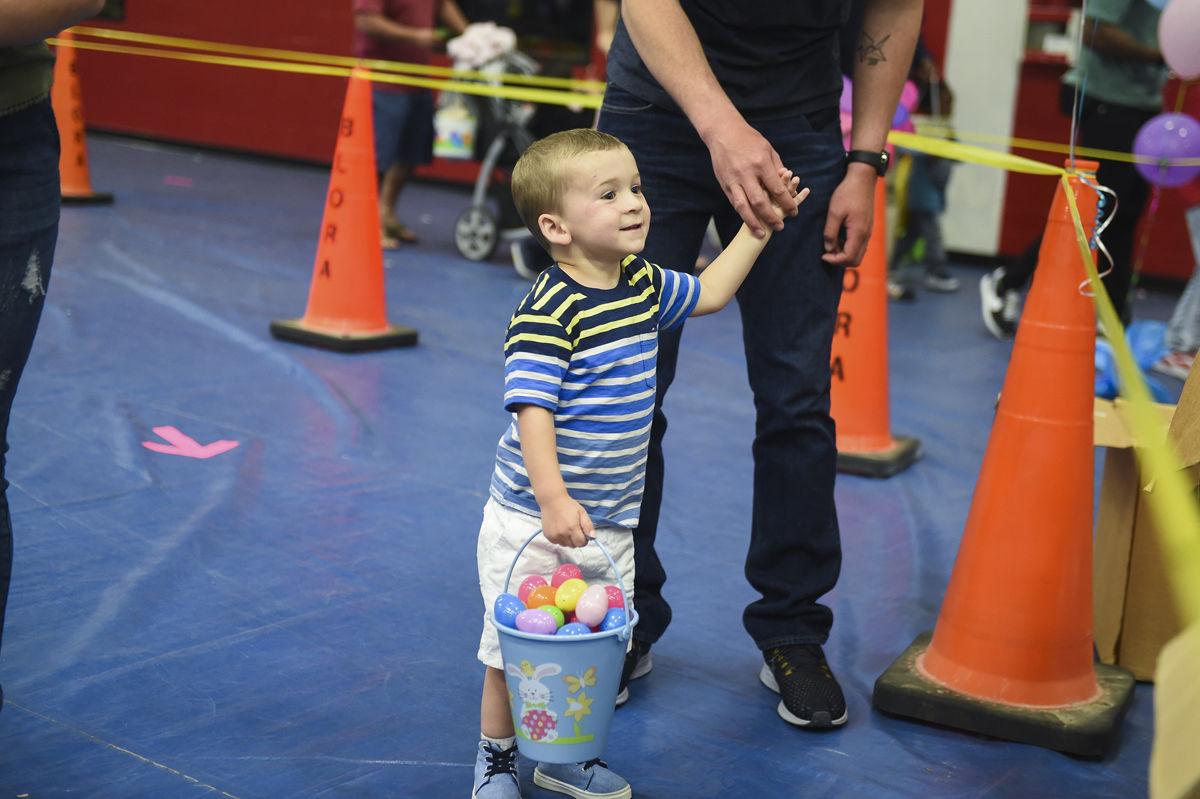 “The FOWL Weather Egg Scramble is a great opportunity for Fort Hood’s youth to still gather Easter treats, despite the inclement weather venue change,” said Lisa Lorenz-Bass, BLORA outdoor recreation program coordinator and event organizer. “Gauging by all the many smiles that were seen throughout the evening, I believe the event was a success.”

BLORA and Directorate of Family and Morale, Welfare and Recreation staff were joined by Soldier volunteers to help set up the gym venue and hand out hundreds of pounds of candy during the event.

“MWR staff works tirelessly to provide a fun event for the community at the park or at an alternate location,” Lorenz-Bass said. “All working to achieve the common goal of serving our military and their Family members.”

This was the 19th year for the BLORA Easter Egg Hunt, but the fourth time it’s had to be canceled or moved due to wet weather. To prepare for the event, BLORA staff began filling the nearly 65,000 plastic eggs back in January. In addition, thousands of pieces of loose candy are given out during the event as well. BLORA and MWR staff didn’t want all that work and candy to go to waste.

“It takes two or three days to set up out at BLORA when we’re a full-fledged hunt,” Lorenz-Bass explained. “This is kind of a special event as a means to distribute the eggs and the candy that were intended for the hunt.”

Lorenz-Bass said that while in the past, the filled eggs and candy from canceled egg hunts were distributed to the on-post Child and Youth Services locations and other MWR facilities, “it’s nicer to not have to cancel.”

Inside Abrams, a winding route circled through the gym, arrows guiding Families through to a dozen egg stations where Soldiers volunteered to hand out eggs and candy, scooping heaping handfuls into Easter baskets gripped by eager youngsters. Event sponsors HEB, AMG, Fort Hood Family Housing, Lemonade Day and Smile Doctors set up booths to hand out even more goodies. The Easter Bunny made an appearance to take photos with Families.

Alex Trott brought her kids Envie, 12, and Rookie, 9, to the event.

“This is probably the best Easter egg ‘hunt’ loot they’ve ever got,” Alex said.

Holding overflowing tote bags, Envie and Rookie guessed how much their haul was.

Rookie was a little more cautious about his estimate.

Despite the disappointment of the egg-stravaganza being moved indoors, Alex felt it was a good event for the kids and Families.

Approximately 1,800 people attended the FOWL Weather Egg Scramble, Lorenz-Bass said. She hopes to see an even bigger crowd at next year’s hunt.

“We would like it to be sunny and beautiful next year so we can go back out to BLORA because it’s a bigger event outside,” Lorenz-Bass said.