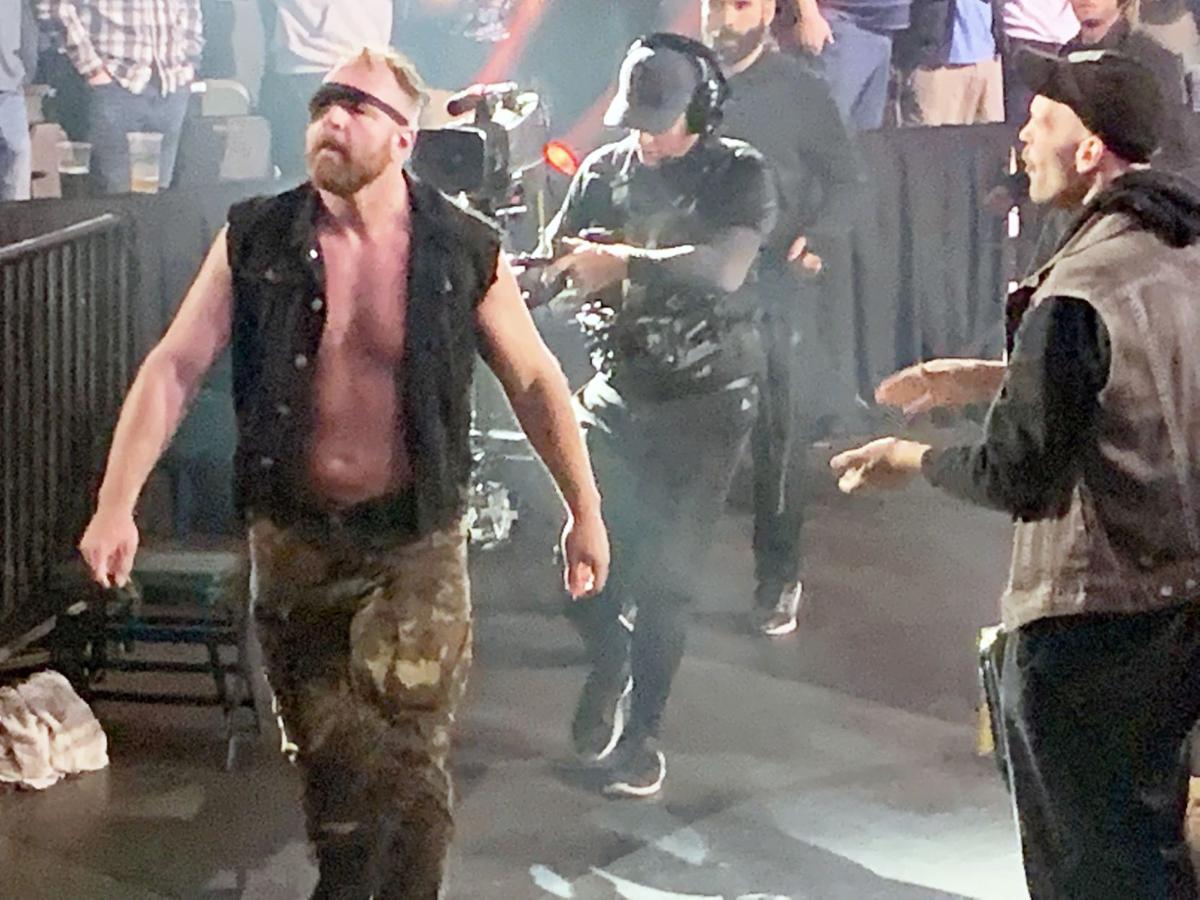 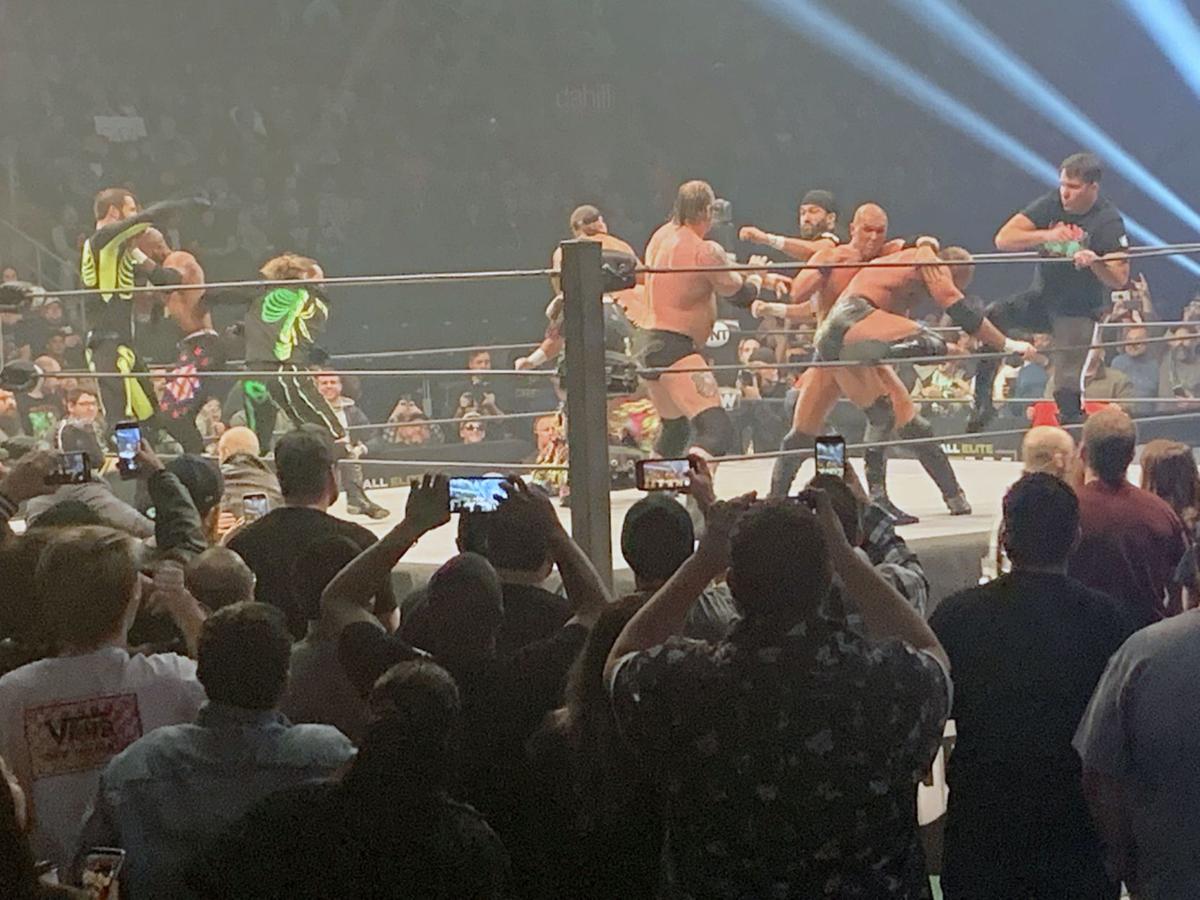 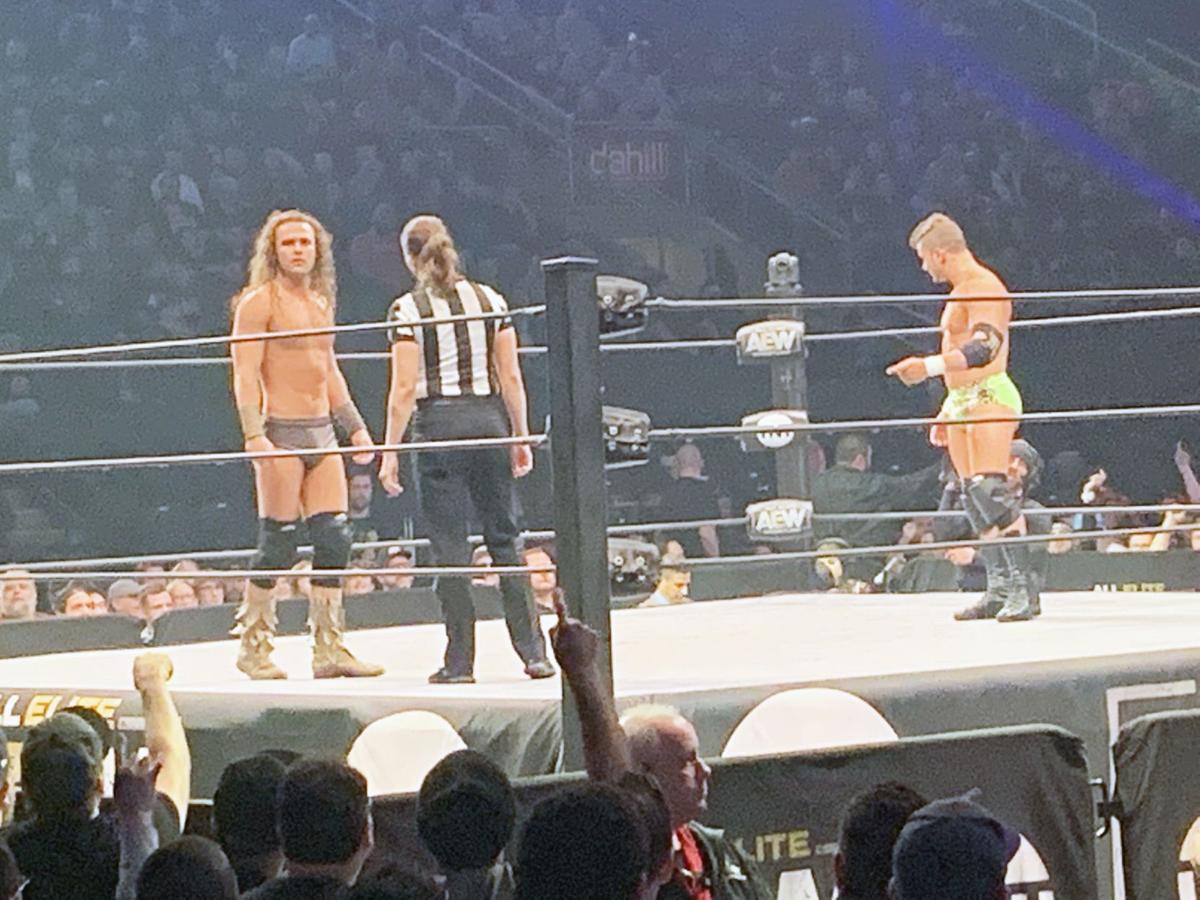 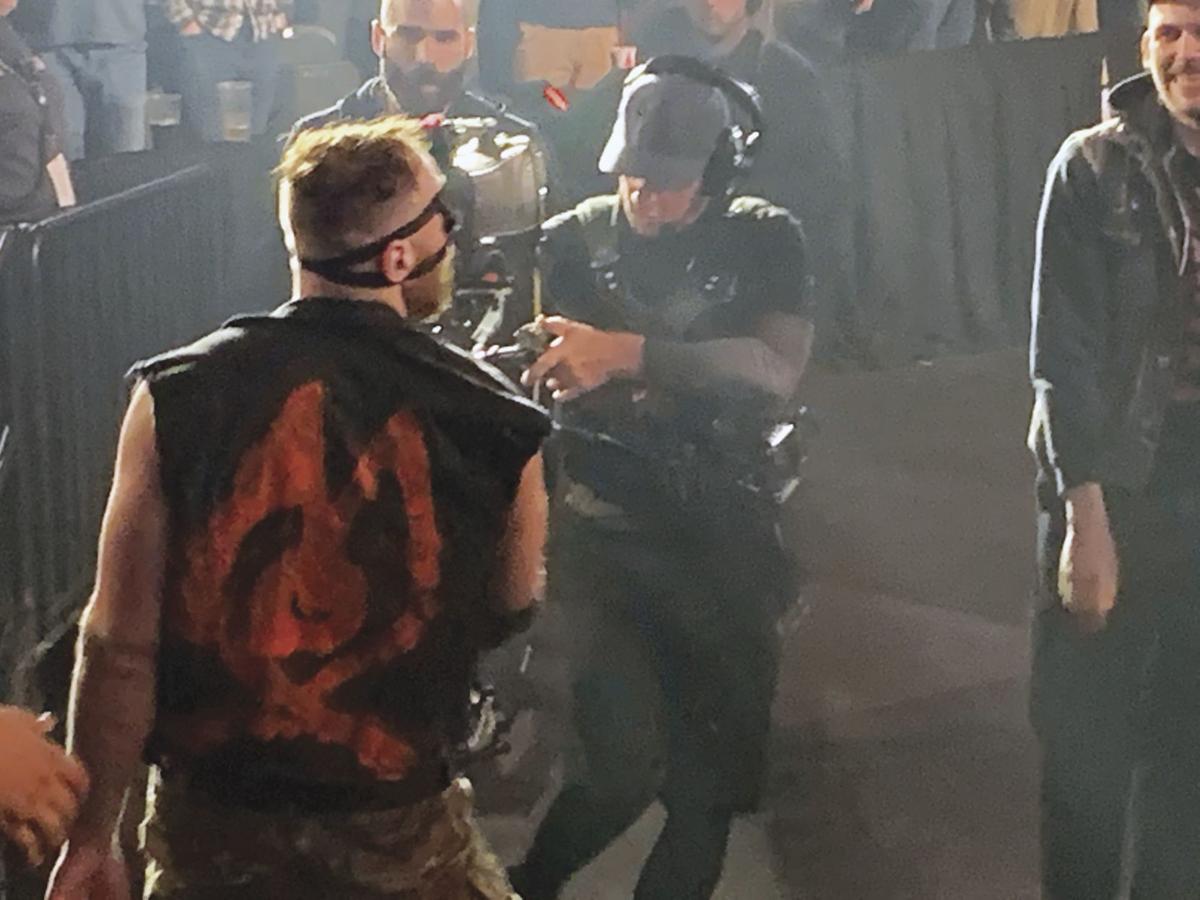 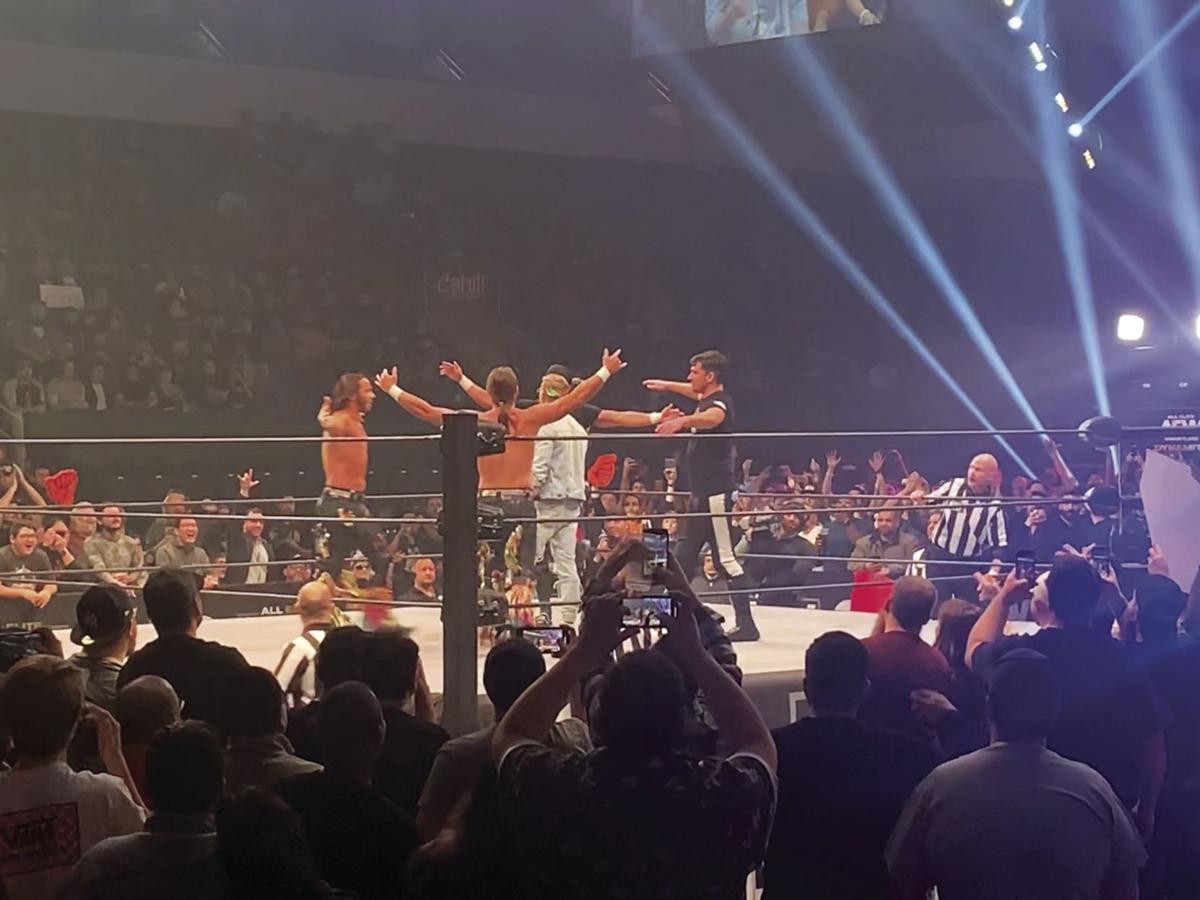 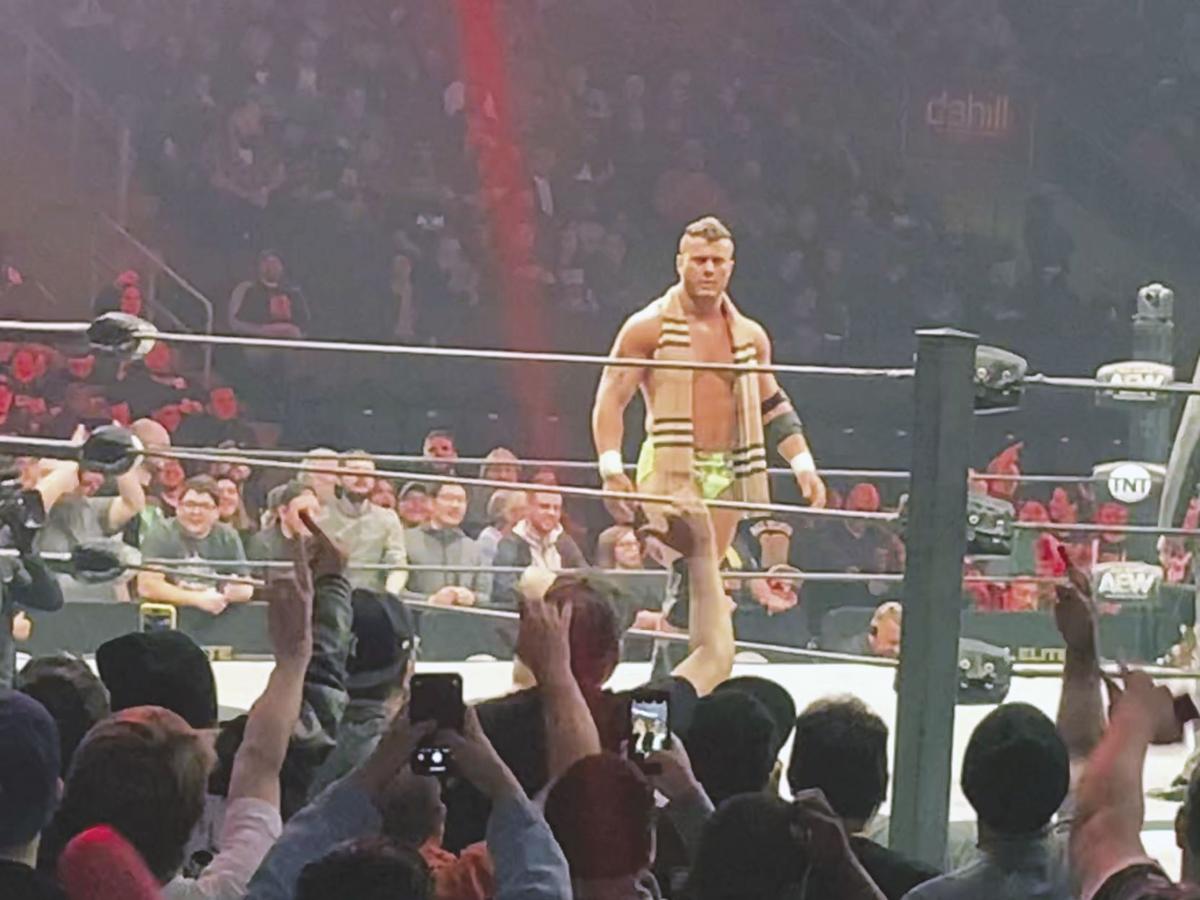 Often during our late-night gaming sessions, my brother, Greg, and I discuss what happened on wrestling. I stopped watching World Wrestling Entertainment a few years ago, yet he still tried to continue watching until recently. Why? Well, another, new, fresh promotion launched recently that has revitalized our interest in fake wrestling. So much so that we ponied up the dough to attend a show in December in Garland and I returned for a second time a few weeks ago in Cedar Park.

The major reason “All Elite Wrestling: Dynamite” has quickly skyrocketed to one of my brother and my favorite TV shows is simple: it’s entertaining and fun. Wrestlers never take themselves too seriously, the the show’s pacing always seems to be on point, and the wrestling seems much more fast-paced and action-oriented than that other “classic” promotion. Even when I’m sitting at home, the time flies by and I’m always left wanting to see more.

Some big names like Chris Jericho, Jon Moxley and Pac have jumped ship and joined the AEW ranks. Casual fans should recognize other popular wrestlers as well (Shawn Spears, Dustin Rhodes and Cody Rhodes). Only, here, they seem to be treated better in this new promotion, given more creative freedom in matches and rivalries, and overall just seem happier to be performing in the venue. Cody in particular has risen as a top fan favorite in the company and has excelled in his role.

However, the one thing AEW has done well is introduce new or obscure talent. A few years ago, I hardly knew these wrestlers: Kenny Omega, Hangman Page, The Young Bucks or the Lucha Bros. Now, I’m eagerly awaiting their matches when they are announced and look forward to televised Wednesday night matches. Furthermore, I’m totally invested in AEW grapplers like Darby Allen (a pro skater turned wrestler), Luchasauraus (a giant dude who wears a dinosaur mask), Jungle Boy (self-explanatory, but also Luke Perry’s son) and Maxwell Jacob Freedman (aka MJF and probably the best young villain in wrestling today).

Now, I ask my brother if he watched wrestling and he exclaims, “YES!” Most of these conversations involve Orange Cassidy, my brother’s new favorite grappler. Cassidy hasn’t really even wrestled, but the premise is he chooses to expend as little energy as possible, so it appears he doesn’t’ do much. Yet, the company puts him in spots, which while often goofy and silly, results in fans roaring their approval. And when he does dive over the ropes or hit a big move, that applause grows exponentially. I mean, he makes me laugh, even if I didn’t understand the bit at first. AEW ensures that it’s ok to have fun, and we are reminded about that on every episode.

In Austin, two of these younger stars. Jungle Boy and MJF, battled. Jungle Boy, the fan favorite, struggled to do all he could and even seemed as though he had the match won, but MJF, being the scumbag he is, grabbed his gold ring from his henchman, punched Jungle Boy in the face and stole the win. The crowd groaned in disappointment. But ignited when Jericho and his gang, the Inner Circle, made their presence known.

A thunderous roar erupted when Jon Moxely, one of the most popular good guys in the promotion, walked through the arena — directly in front of me. At that moment, my girlfriend, Navina Bhatkar, responded via text, “I just saw you on live TV (you were excited).”

I wasn’t the only one. The entire arena had been like that all night.  Many people stood up during matches and in between segments.

The show runs on TNT at 7-9 p.m. every Wednesday night. However, matches start at 6:30 p.m. and the actual event runs until 10 p.m.  Usually, these “dark” matches air on a special YouTube show called “AEW Dark” on Tuesdays.

Yet, many of these matches are main event caliber. For instance, in Austin, the Young Bucks appeared in the final bout because they didn’t appear during the actual “Dynamite” show. It makes sense, because the Austin audience got to see mostly everyone they wanted to in action (save Cody Rhodes).

And sure, I’ve said AEW might not be for everyone, but I feel like the company is doing many things right. I used to watch fake wrestling to laugh and cheer, and at least in AEW, I do.