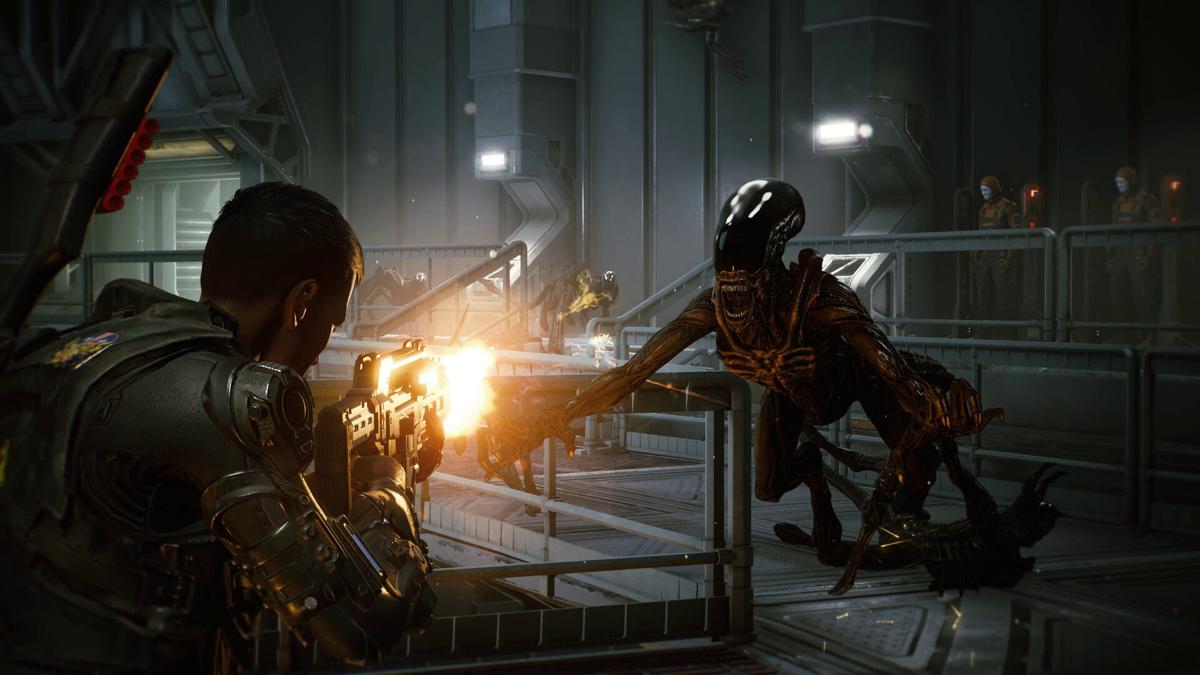 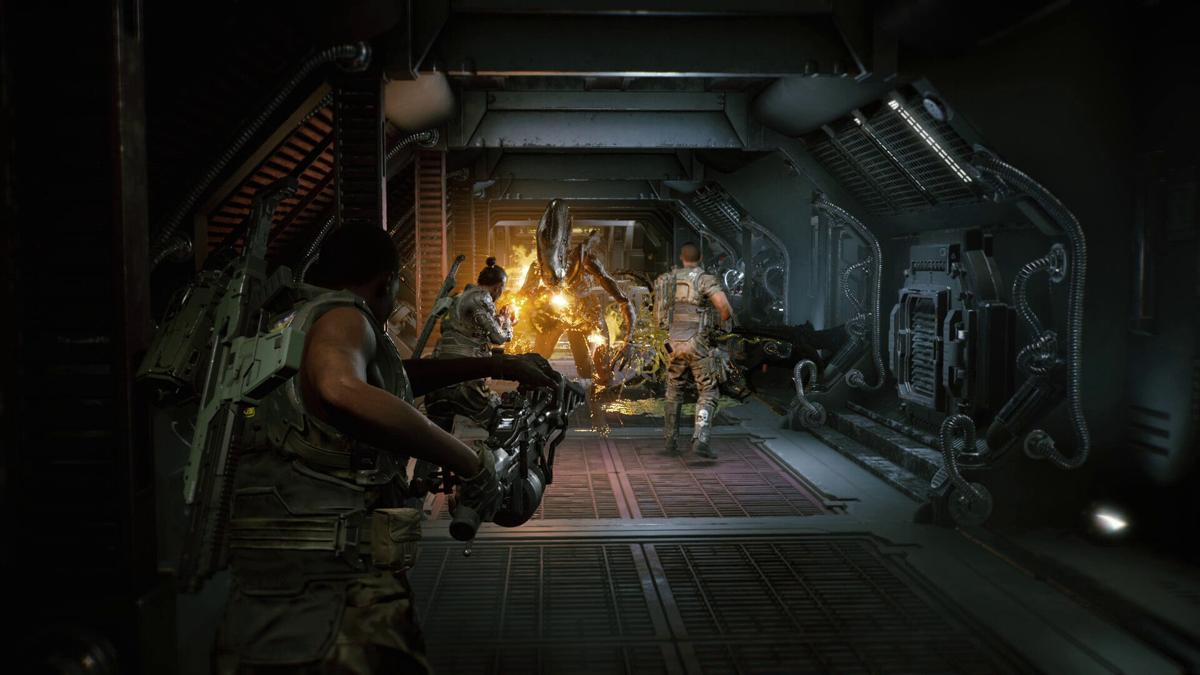 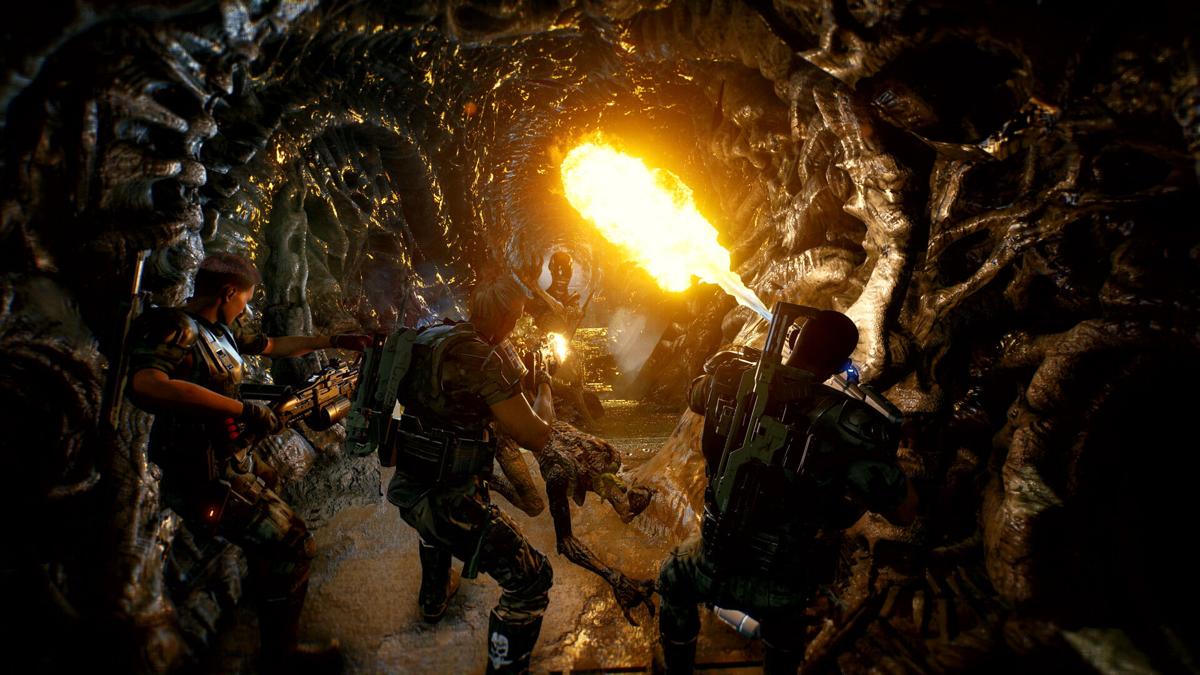 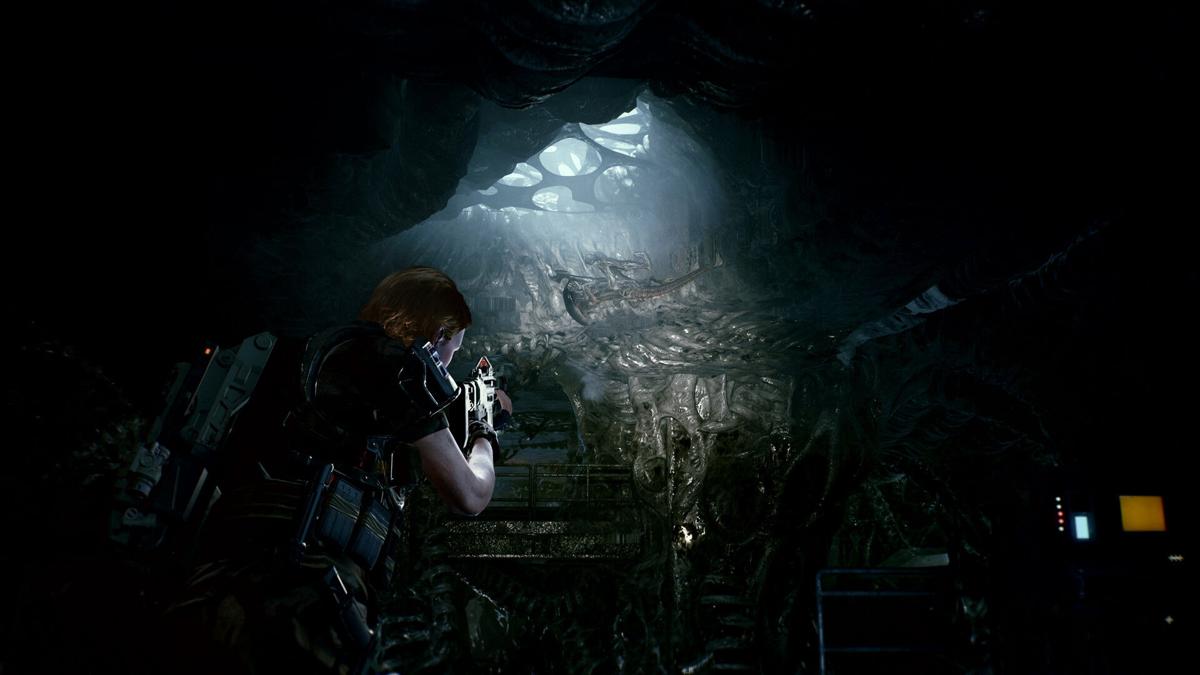 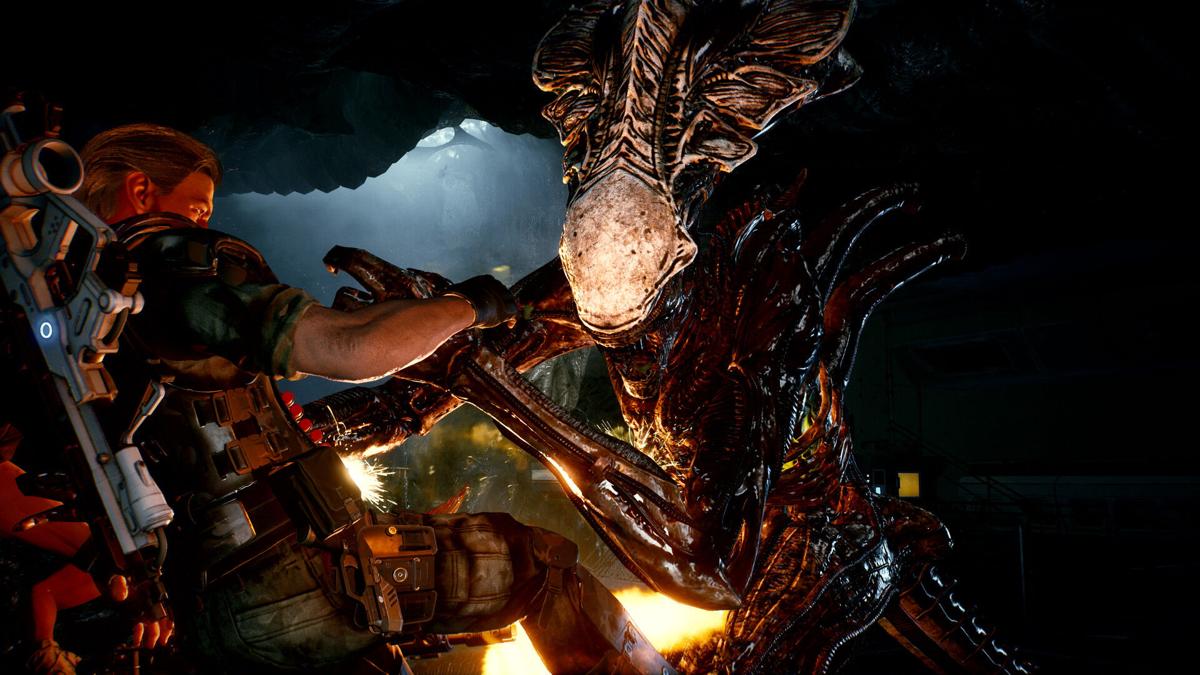 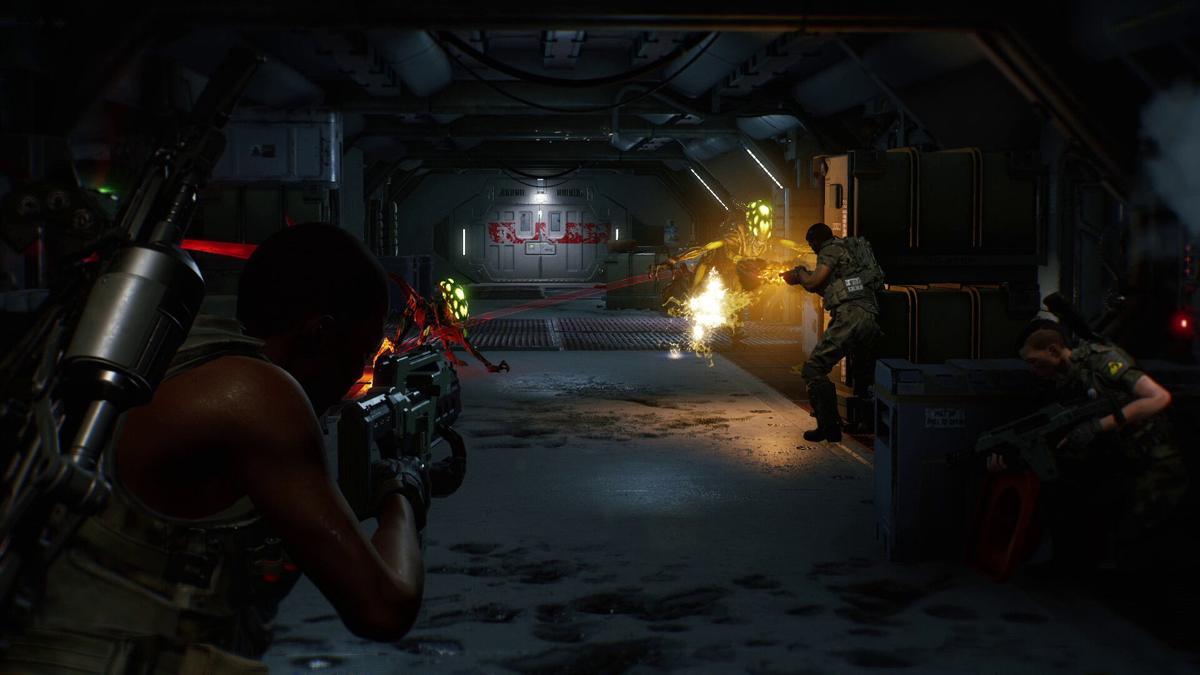 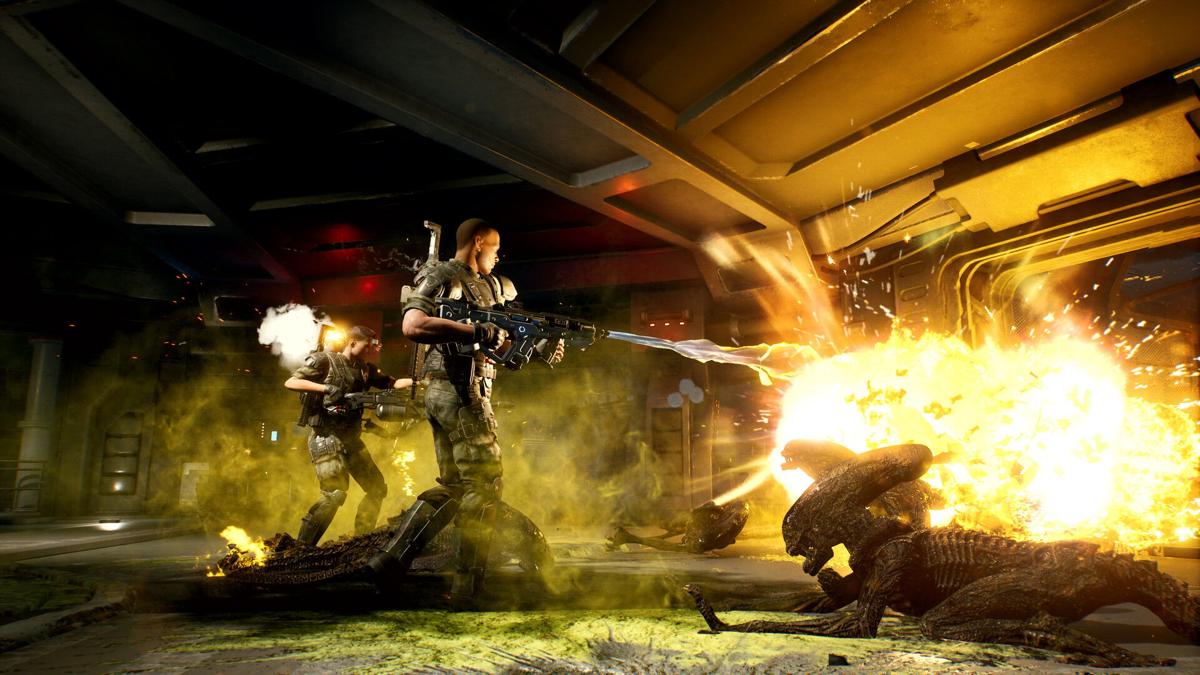 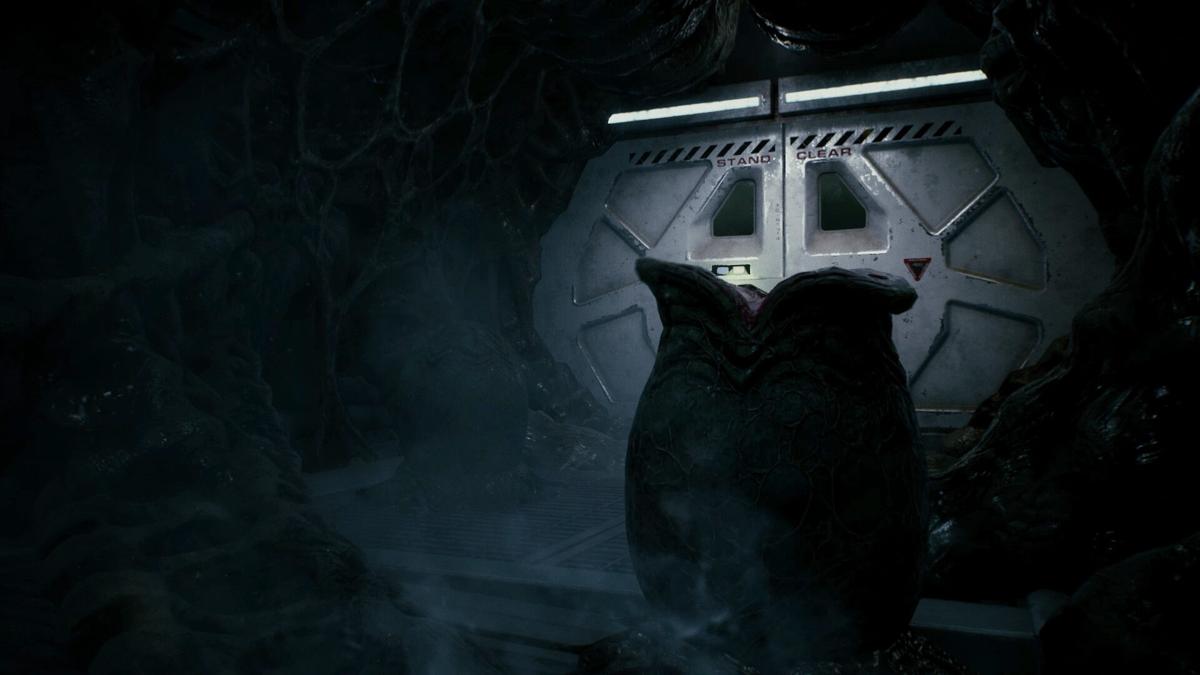 Like the movie franchise, the ‘Aliens’ series of video games has suffered quite a checkered past. For some reason, the iconic xenomorphs have failed to translate when pitted against avid gamers. Despite a few exceptions — most notably a pair of ancient arcade games and more recently “Alien: Isolation” — most players offer very little praise for the popular space invaders in the video game realm.

That discouraging tradition continues in the latest game in the series “Aliens: Fireteam Elite” with an assortment of flaws, glitches and bugs that threaten to ruin the entire experience. Except, surprisingly, these issues don’t. The game continues to stay fun, and I noticed that round after round I kept playing for longer.

You, and up to two other friends, take control of a squad of marines 20 years after the events of the “Aliens” movie. At the onset, you can choose from one of five different classes: Doc, Demolisher, Gunner, Technician and the unlockable Recon. Although I dabbled in all of these classes, I spent most of my time playing as a Demolisher mostly because of the ability to fire heavy weapons and a special move that launched rockets from a pack on the Demolisher’s shoulder. Add in the fact that I acquired a rocket launcher early on and it’s clear to see why this quickly became my favorite class.

Sure, there are customization options at the hub and a story that seems there just to provide exposition and rarely kept me interested in the storyline, but blasting bugs is where this game excels. Twelve missions and horde mode pit humans against swarms of alien agitators. Like other games in the genre, such as “Warhammer: Vermintide 2” and “World War Z” large waves of enemies offer players plenty of targets to blow up. Randomly, stronger enemies will surprise gamers or force them to switch strategies. For instance, early on, aliens who seem like they showered in an acid bath will duck behind cover and spit acid at space marines. Often, players must adapt and move to flank them before continuing on to the next zone. Other times, massive warrior class xenomorphs come out of the rafters, grab teammates and require an astronomical amount of damage to take down. Sure, if one of your friends falls, you can revive them, but resources are limited (especially the amount of health packs in the field), which adds a bit more challenge to these encounters.

Oddly, waves of attacks always seem to come in threes. Aliens climb walls and ceilings from the right, they do the exact same thing on a duplicate corridor on the left, then, they flood another familiar hallway in the center of the room. As soon as your trio clears this zone, it’s rinse, recycle and repeat for the next three or four areas until you find an elevator to exit the level.

Even worse, battles seem less dynamic because game designers decided to exclude bosses completely from “Aliens: Fireteam Elite.” In fact, the final battle consists of merely defending a point three times and them running away from the immediate menace appearing before you.

After missions end, you and your crew return to the hub, buy weapons, upgrades and cosmetic items and then return to the fray. Sure, you garner some rewards post battle, but only a handful, nothing really extravagant from what I’ve played. Most of the weapons and mods in the shop seem comparable to drops, so there is no real incentive to hunt for secret loot caches or just not save up money to buy the default rocket launcher. Despite that, weapons do feel different and viable (accompanied with sound effects taken directly from the movies), and I found many just as enjoyable to use. For instance, I picked up a shotgun, added a zoom function and found warriors and drones much easier to dispatch regardless of how many friends the aliens surround themselves with. The short-ranged, high damage output also took much less time to fire and reload than my trusty rocket launcher.

At times, weird glitches broke my immersion, but nothing too game-breaking. For example, after clearing a wave, I attempted to open a door to the next arena, and the prompt refused to load. I received no indication that I could move forward. After a few minutes, the game corrected and everything worked out, and I ended up clearing the level with no issues. I also saw aliens get stuck in the ground or goofy oddities that came about making the game funny.

Overall, for a budget game, I feel that “Aliens: Fireteam Elite” provides a solid, fun experience. Sure, flaws appeared throughout, but I attribute that mostly to a low budget and the fact that the game might have been rushed, which seems to becoming a growing trend in the gaming industry. Hopefully, the developers will get the opportunity to fix some of these unwarranted bugs and the chance to add more content in the future.