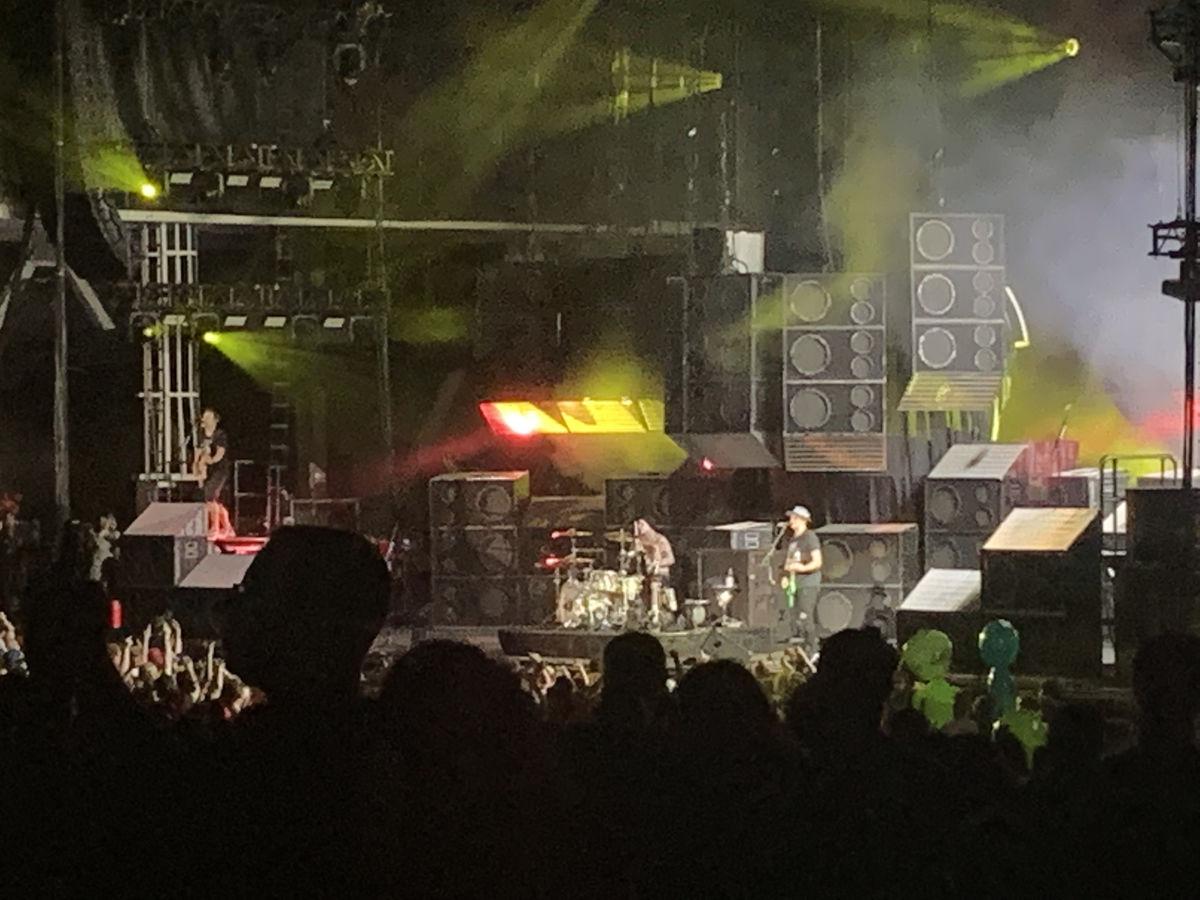 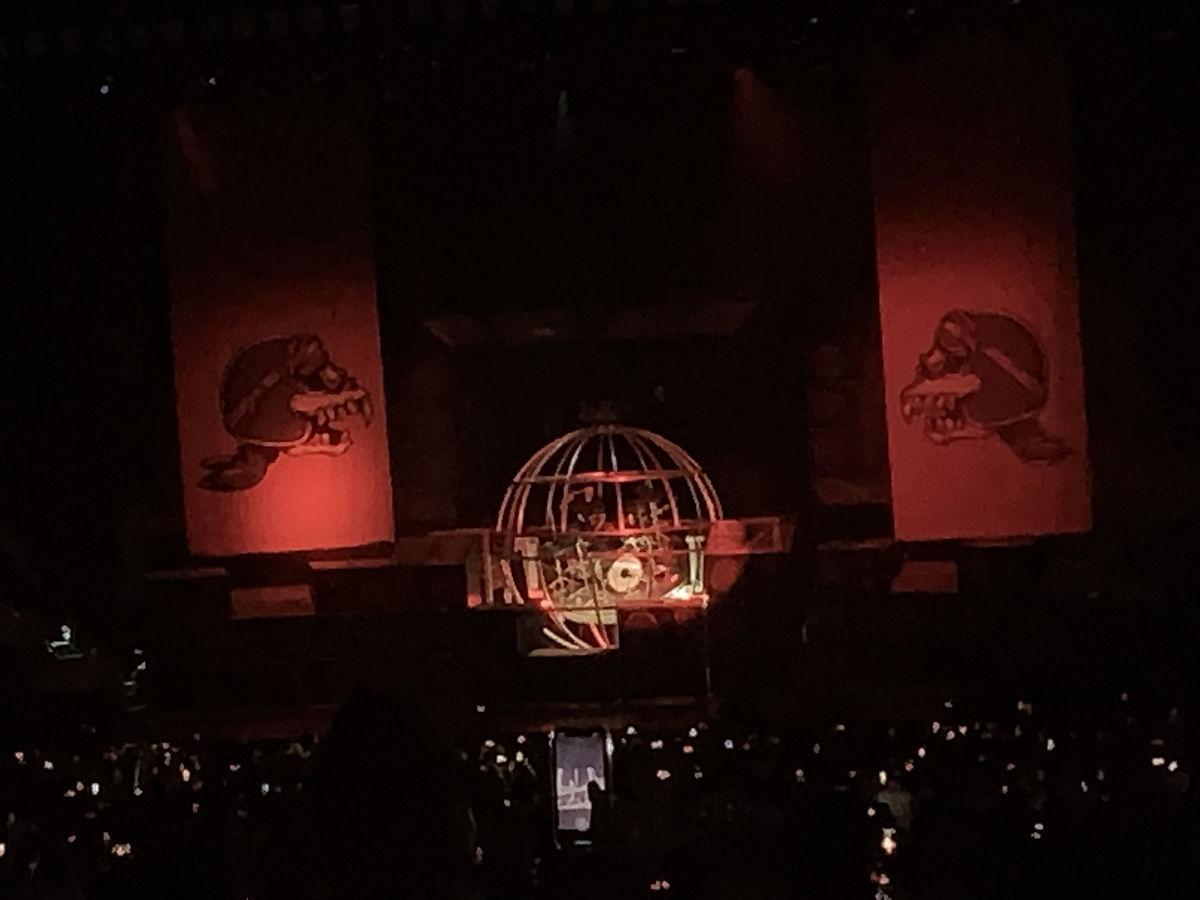 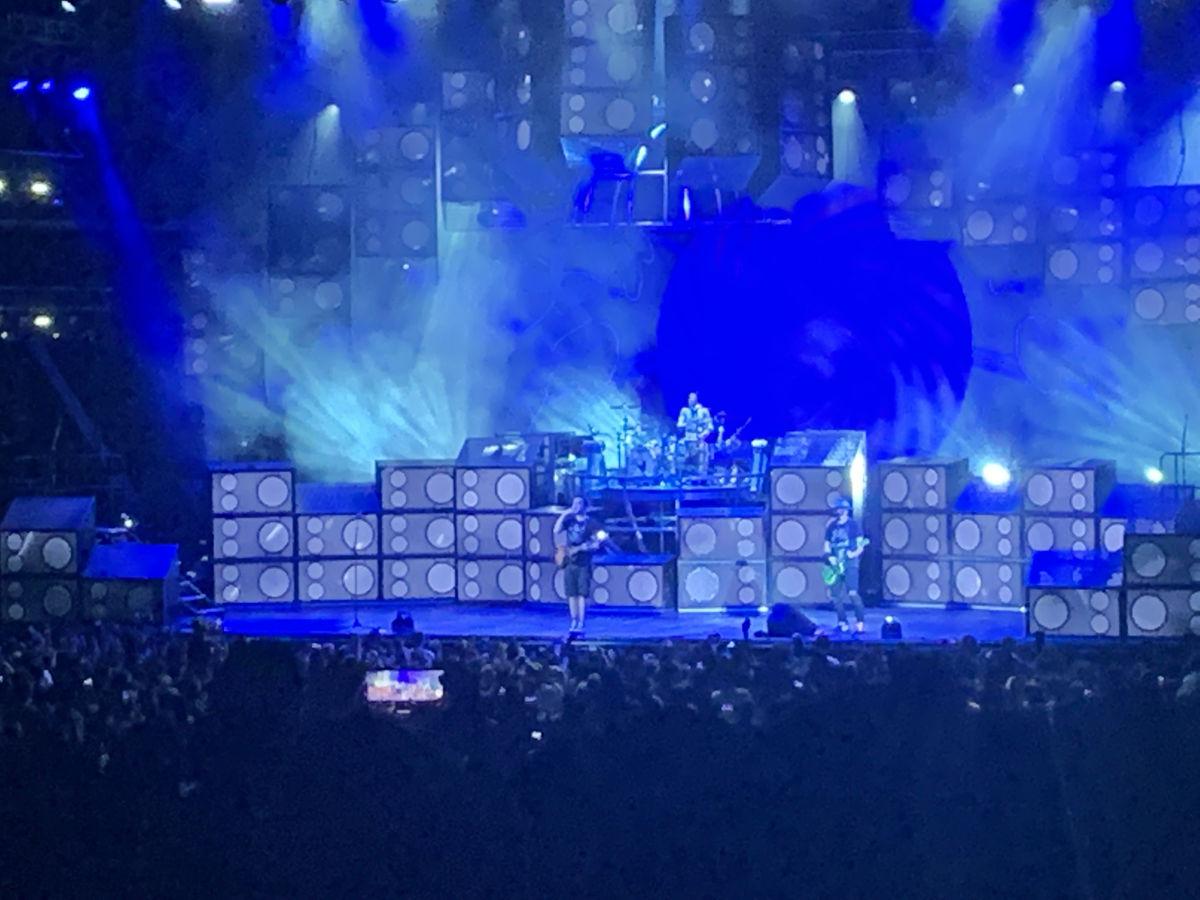 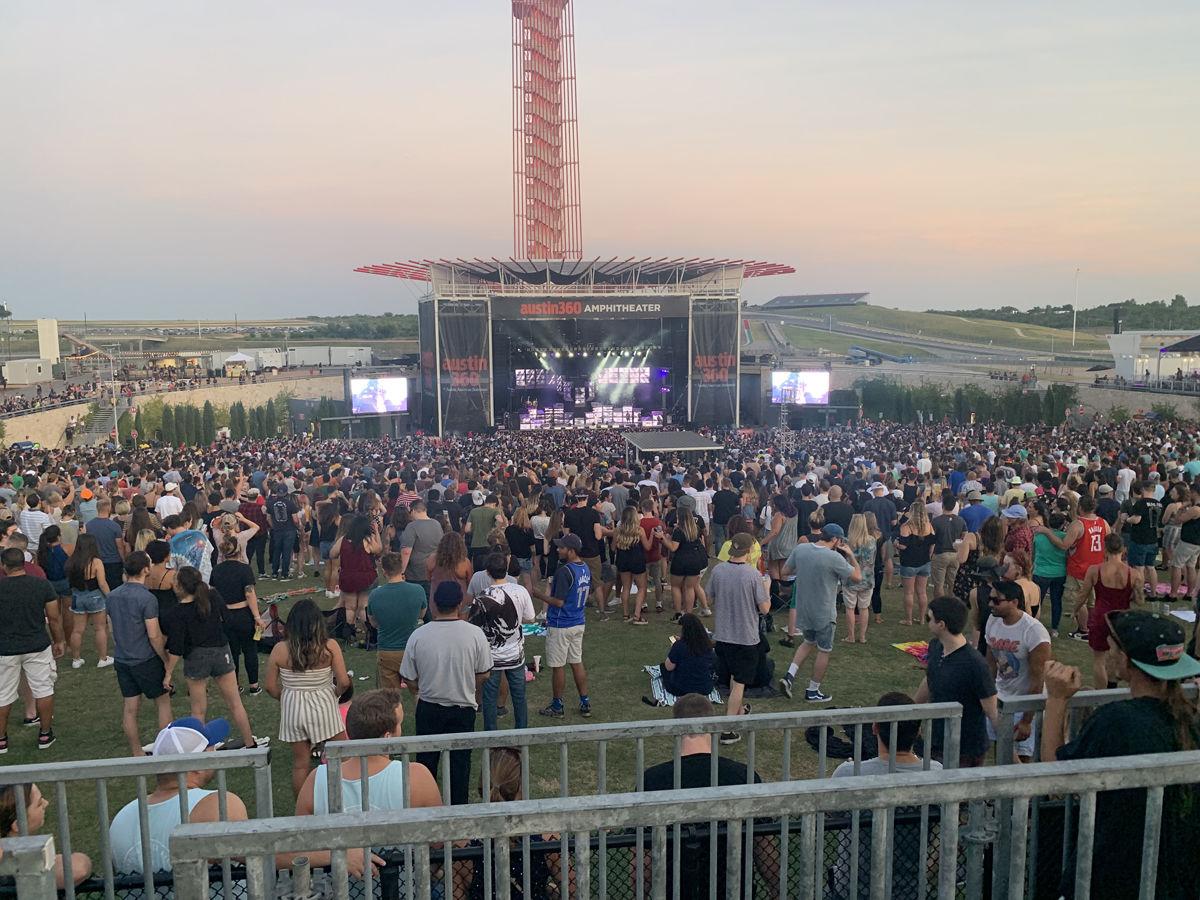 After buying Blink 182’s latest album, I promised myself, if they ever played a concert near me, I would go. That day came last week, and despite my hate for the venue, I’m still glad I saw the show.

About 20 years ago, Blink 182 released the album “Enema of the State” and, as advertised, they played the whole album in its entirety on stage. Sure, the makeup of the band is a little different now since Tom Delonge decided to leave the group (for a while at least). Mark Hoppus and Travis Barker still wanted to make music, tour and keep Blink going so, they hired Matt Skiba in Tom’s absence.

Sure, things did feel strangely different without Tom in the mix, but the original trio seem to be talking about reuniting for a tour of their own.

I understand why bands like playing at the Austin 360 Amphitheater: it can hold large crowds, has a massive stage and the sound system comes through remarkably, wherever you venture. However, I can say I’m not really a fan of Lil Wayne after being forced to listen to whatever he did on stage for an hour. I heard he walked off early a few weeks back, and honestly, I kind of wish he would have done the same here. I couldn’t really tell if Wayne’s performance was good, bad or ugly because once I started to recognize a song, he’d sporadically switch to something completely different, then, 15-30 seconds later, abruptly switch again. It was more of an excruciating long mash-up of songs often drowned out by the hype man screaming over him at the audience.

Fortunately, about 15 minutes after he left the stage, the reformed Blink 182 took the stage and just knocked it out of the park with the “Enema of the State” songs. It still remains one of my favorite albums from the band. I’m pretty sure it was the first one I bought all those years ago. “Enema of the State” always had a good flow, included more of the offensive, goofy lyrics, which defined the band, and always seemed more punk rock than punk pop to me.

However, like the Social Distortion concert I went to with my brother Matt, Blink reminded me and all those in attendance of one thing: they are exceptional live.

Despite my preference to hear the old hits, I actually wish they had more time to play some of their newer stuff, especially from that new album, “California.” Not that I’d be disappointed, but choosing the set list must be a difficult process when you have so many hits to choose from.

They did provide a good assortment of tunes though. They even threw in one of the most offensive songs you would only hear if you listened to their live album (which actually required me to go back and buy a second shirt after spotting the lyrics on the back).

Encores are always awkward at this venue. Maybe I missed the transition or announcement, but “Damn it” marked the close to the concert. It seemed to come without warning out of nowhere, but much head banging ensued.

Overall, I’m glad I went. Although, I know some of my friends wished they could be there. Like a proper fan, I made sure to provide constant updates via social media throughout the concert. I soon learned that many people I knew liked Blink 182 as much as me and they quickly informed me that they wished they could have been there.

Leaving became more of a dramatic experience as the layout of the parking lot confused everyone and had no signage to help anyone locate their cars. So, after the concert ended, a cacophony of car alarms and horn beeps served as the true final encore.

In fact, it took more than 30 minutes just to get out of the parking lot and back on the freeway.

Blink 182 remains one of my favorite bands, and if they do come back for a Mark, Tom and Travis reunion, I will be all in regardless of my schedule. However, Nelly and Flo Rida are coming to the same place Aug 20. Sure, I’m really into going to the Nelly show, but the concert is set for the middle of the week, and I really don’t know if I want to take that trip to my least favorite venue in Austin again.

Other acts come to town and a few have played there before.  It really comes down to how bad I want to see the band. Sure, I’ll immediately buy the ticket for Offspring, Bad Religion or Tenacious D, yet more obscure performers will have a harder time attracting my attention. But, at least, I can finally mark Blink 182 off my must-see list, well, until the reunion tour.