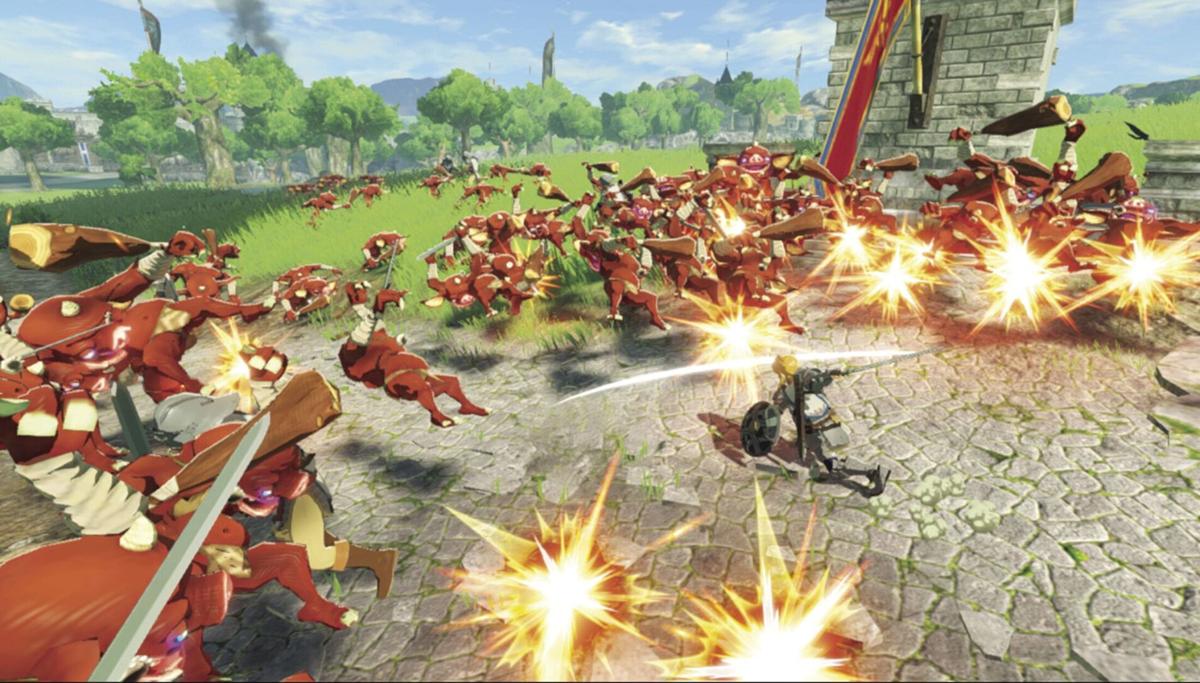 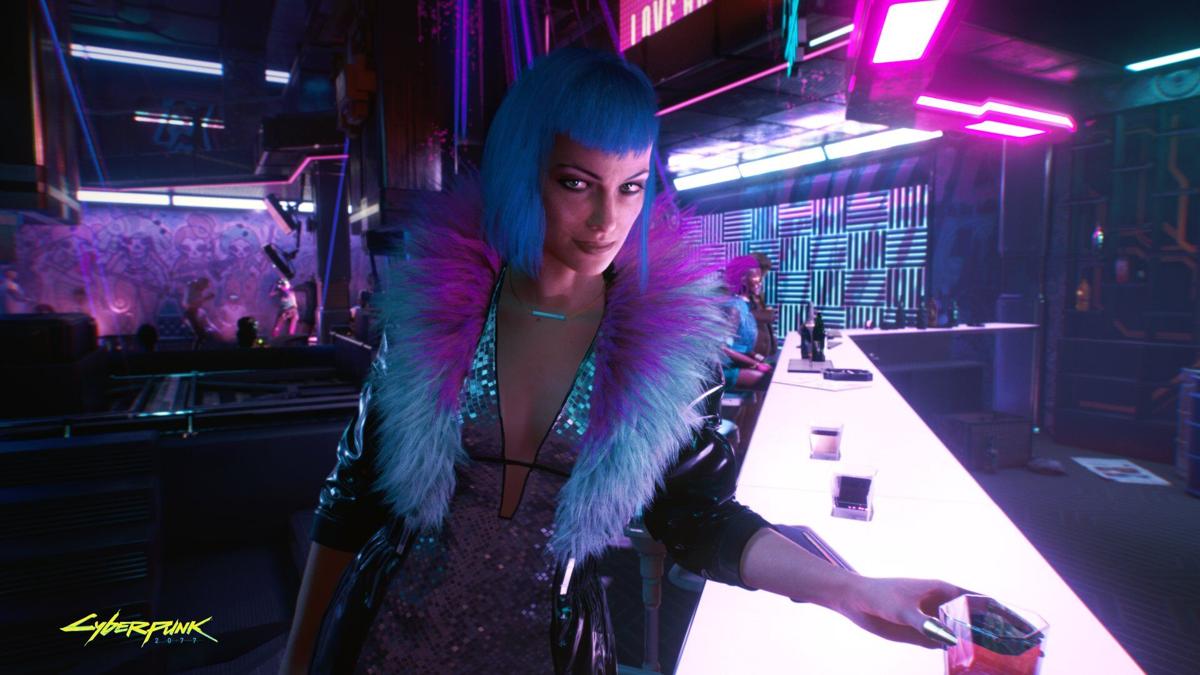 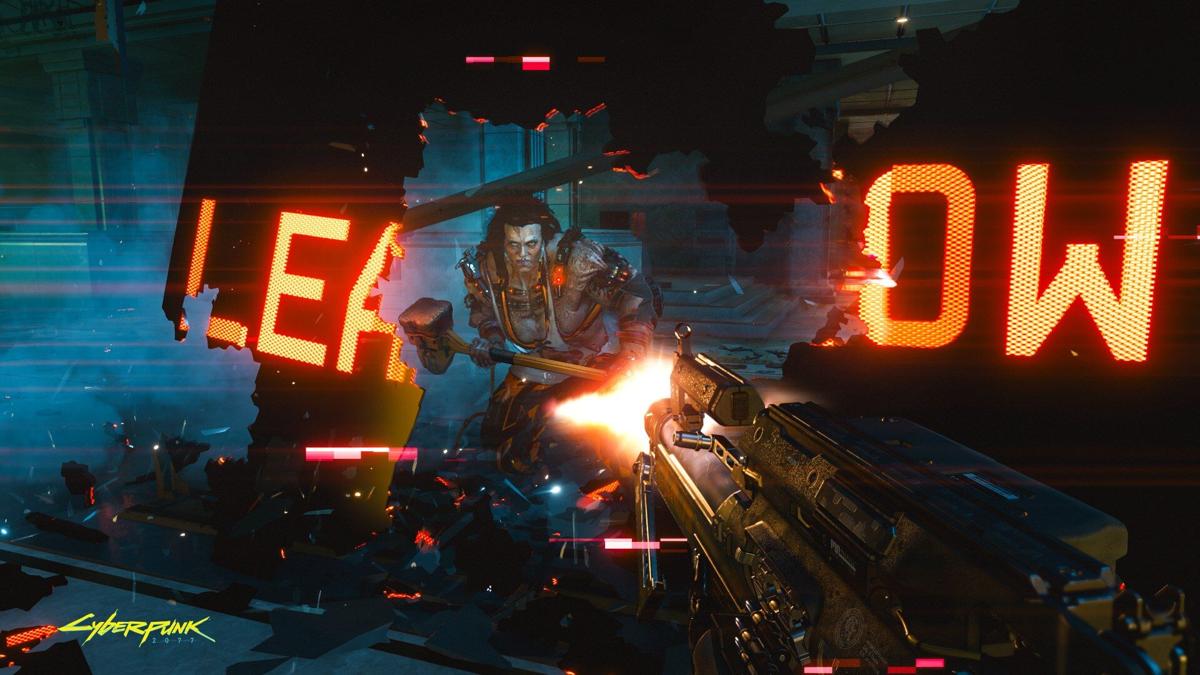 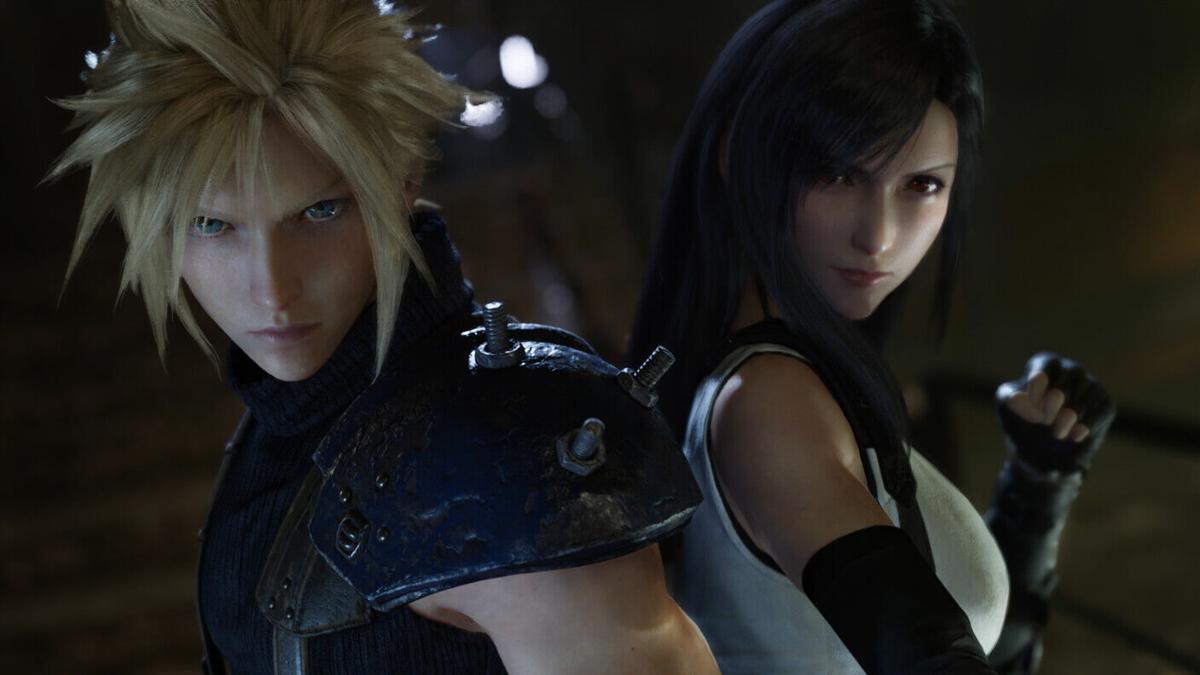 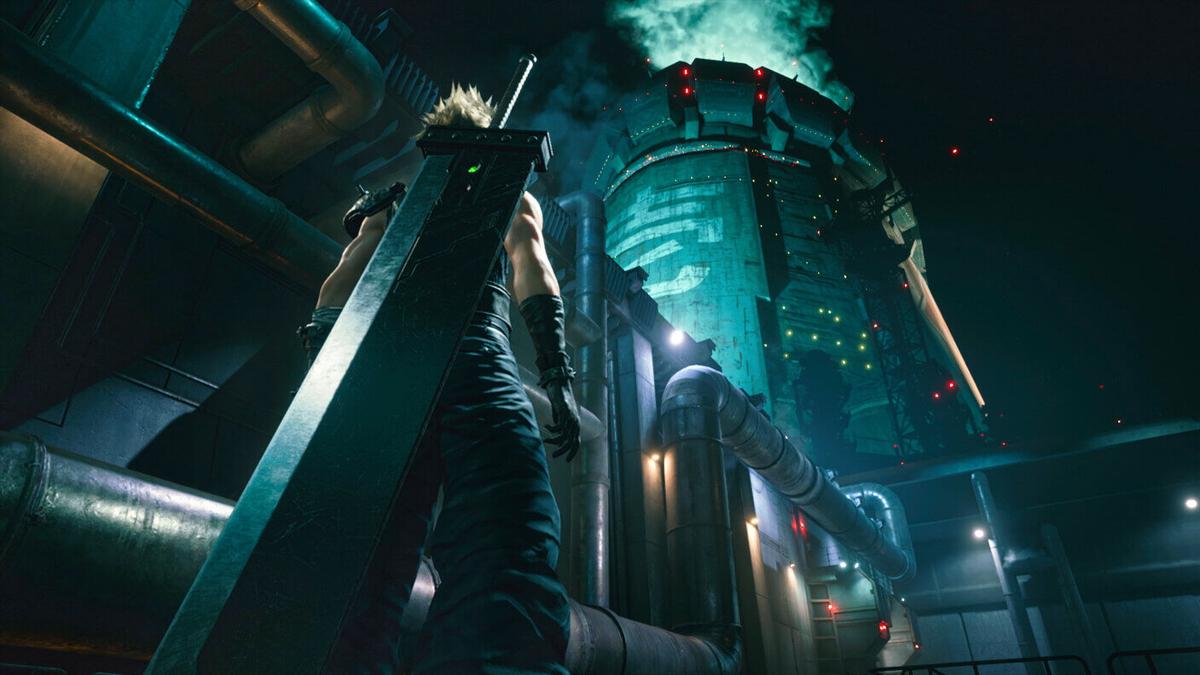 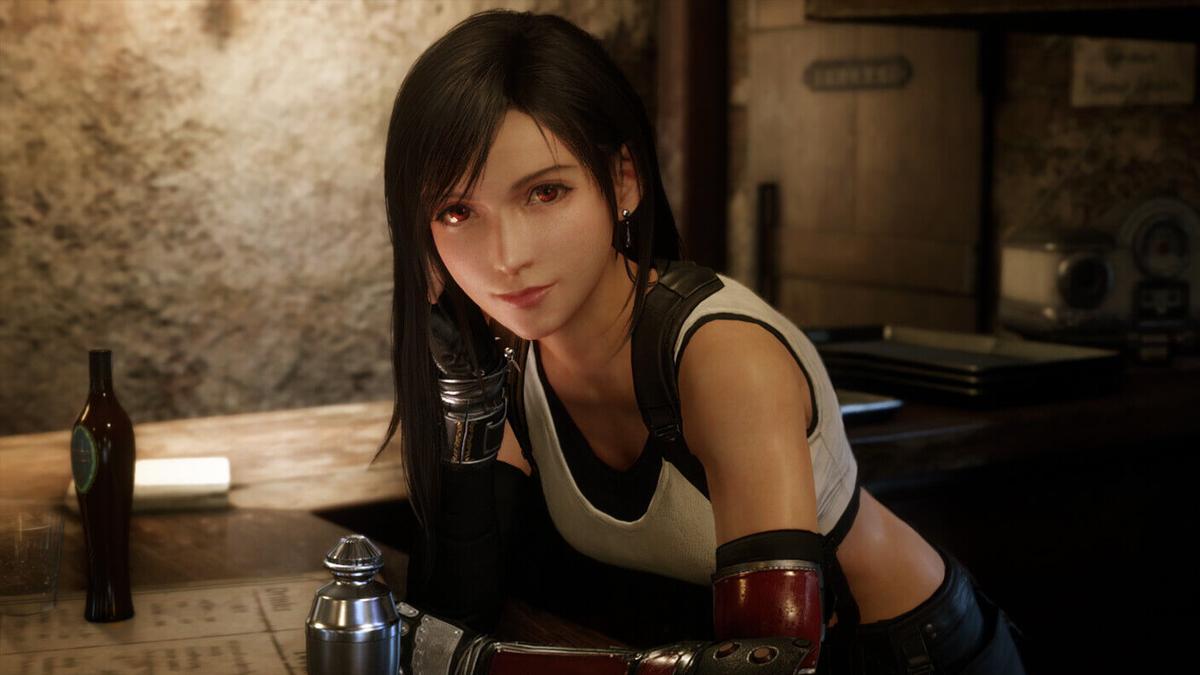 In 2020, most holiday shoppers are hoping to acquire one of the next-gen consoles. But have no fear, there’s really no reason to pick one up since pretty much all the games (except for a handful) are playable on the current tech. If you find yourself unable to lock down a PlayStation 5 or Xbox One S, you still have plenty of options out there. Here’s a rundown of the biggest titles available this holiday season:

Games of the year

The PS4 has two of the best games on its roster and what I have dubbed 2020’s Games of the Year.

“Final Fantasy VII: Remake” revisits Cloud Strife and company’s battle against Shinra, but also adds a bit more of intrigue concerning the future of these well-known characters in a much appreciated, modern format. The game focuses more on action, over the top cinematics and can be considered one of the best looking games of all time. Any fan of the “Final Fantasy 7” will enjoy this game. Especially after they realized that not everything is exactly the same and much more time is spent developing the iconic characters they have grown to love.

The other PS4 exclusive that I describe as a game of the year is “Ghost of Tsushima.” Essentially, gamers play as a Jin Sakai, who must give up his Samurai ways in favor of stealth-based combat. The game allows players to dictate their tactics in the visually-stunning open world set in feudal Japan. However, during key moments in the story, Jin must act like an assassin which proves imperative as the plot moves forward. As far as combat (and especially stealth-based fighting) this is the best that’s out there. Never have I had more fun hiding in shadows, sneaking up to fools and taking down dozens of Mongols at time. Add to that the game’s developers recent release of a multiplayer co-op mode and you have a game that no one should miss out on.

One of the most anticipated games of the year, “Assassin’s Creed: Valhalla,” released in November. And while I truly believed “Ghosts of Tsushima” might have spoiled me combat-wise, as far as “Assassin’s Creed” games, this one is a solid entry. The Viking setting can be appealing and developers have seemed to fix some of the problems from past titles. However, I still feel that I am battling progression walls and am stuck grinding levels for hours before I can tolerate overly powerful enemies. I had to restart my playthrough after I ran into a game-breaking bug, but I do enjoy the game. Thankfully, most “Valhalla” can be bought for all consoles and PC, so you shouldn’t have too many issues picking it up.

The other big game that comes out this Friday, “Cyberpunk 2077,” which also debuts on just about every platform. I’ve purposely avoided all information and spoilers for this game, but CD Projekt Red, the developers who made “Witcher 3,” worked on this game.  Although an extreme amount of hype has surged around this game, and despite months of the delays, it seems “Cyberpunk 2077” will be ready Dec. 10. Game makers are teasing yet another open-world game set in a futuristic landscape, but from what I’ve seen the graphics and gameplay might also take a Game of the Year nomination, assuming glitches don’t ruin the experience.

Microsoft might not sell as many consoles as Sony, but when it comes to library and services, they hit a grand slam out of the park. Xbox Game Pass offers hundreds of video games to play for a monthly charge of $10. Sure, games include classics like “Gears of War-15” or the entire “Halo” series. But, relatively new games also make the list regularly, For instance, last month the entire “Destiny 2” (expansions and all) could be accessed and played entirely with no other fee. Surprisingly, the latest expansion “Beyond Light” has been included among them. Essentially, my brother who spent no money on “Destiny 2” could not only access the based game, but the entire series of DLC. Major beat-em ups like “River City Girls,” “Battletoads” and “Streets of Rage 4” currently stay included on Game Pass and many of EA’s titles such as the entire “Mass Effect” and “Dragon Age” series also made the list. If anything, the service feels like renting games from the past, except you don’t rent one game, you can play all the games.

During the holidays, I often get packages delivered to my door because I do much of my shopping online. One package in particular arrived with no return address. Without thinking I opened to check what exactly had arrived. In a phone call later I apologized to the girlfriend, Navina Bhatkar. “Well, I know you got me a Switch for my birthday/Christmas present,” I said, disappointed in myself for accidentally revealing the surprise. She retorted, “Well, why don’t you open it, no need to wait.”

Many consider the Nintendo Switch the best console out there.Why? Partially due to its portability, compact size and how it favors more immersive ways to play video games. However, the console still offers some of the most popular, enjoyable games around. The system caters more to casual gamers and families, and doesn’t aim to impress with the most state of the art graphics, but Nintendo doesn’t need that. I made sure to pick up “Super Smash Bros Ultimate,” “Mario Aces” (I have an affinity for Mario Tennis games) and the “Dynasty Warriors” clone “Hyrule Warriors: Age of Calamity.” While I’ve divided my time between them, I’ve spent most of my time unlocking characters in “Smash Bros.” I admitted to the girlfriend that I’m still terrible at “Smash,” but that never dissuades her from issuing taunts my way. Eventually, I’ll pick up “Mario Kart 8 Deluxe,” “The Legend of Zelda: Breath of the Wild” or “Super Mario Odyssey,” but all of these titles make the Switch a console to buy.

If gamers choose to pay $20 for the online service, they are granted access to a plethora of classic NES and Super NES games. Additionally, some free battle royale games such as “Super Mario 35” and “Tetris 99” will keep gamers entertained while they wait for the next paycheck.

Overall, while finding a next-gen console seems like an impossible task, their launches seem a bit premature. When it comes to games, nothing on the PS5 or Xbox One X has convinced me to buy one of their consoles. Waiting a bit longer won’t hurt, especially after the prices drop.