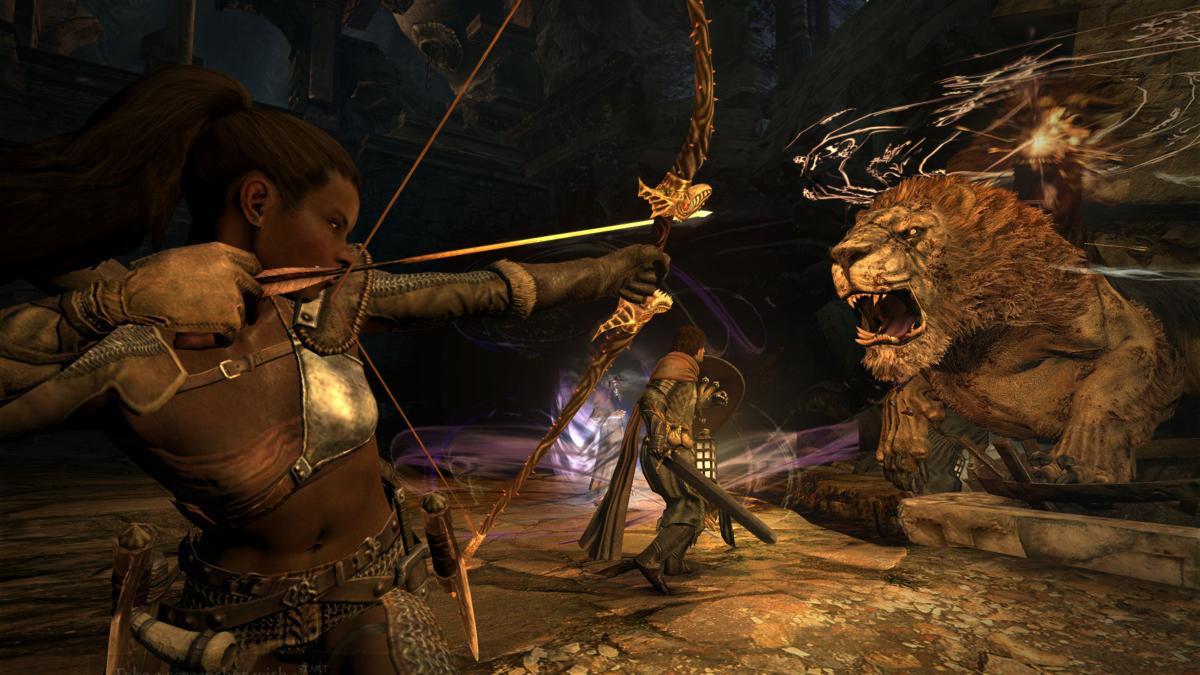 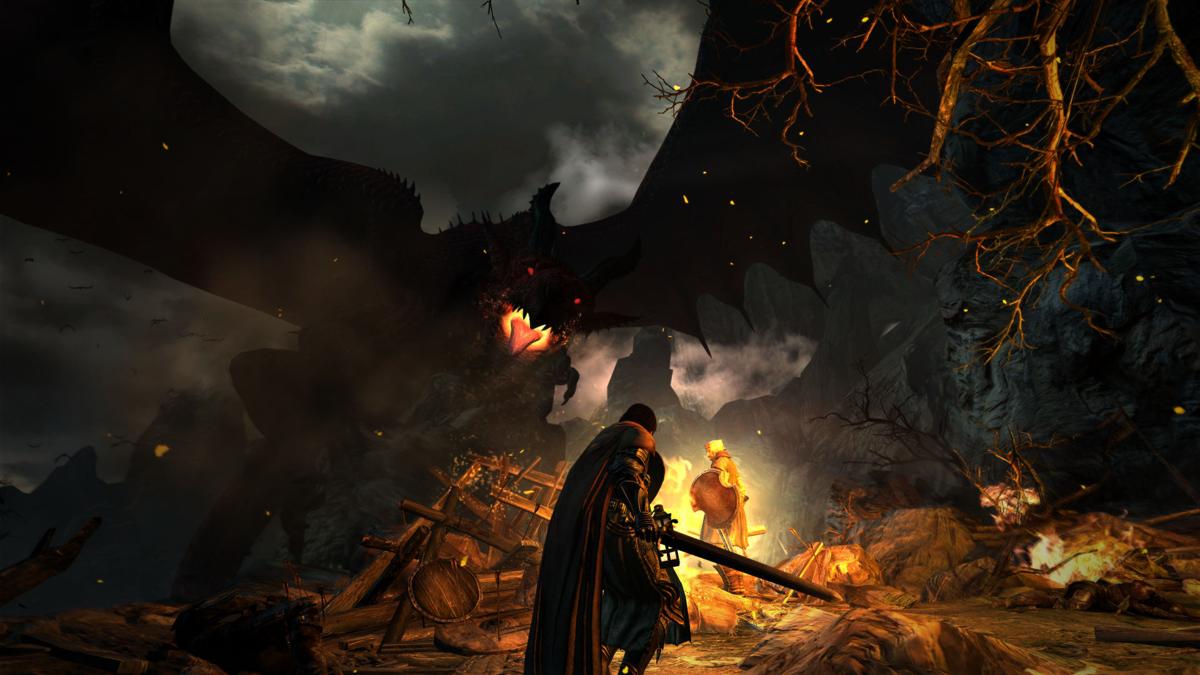 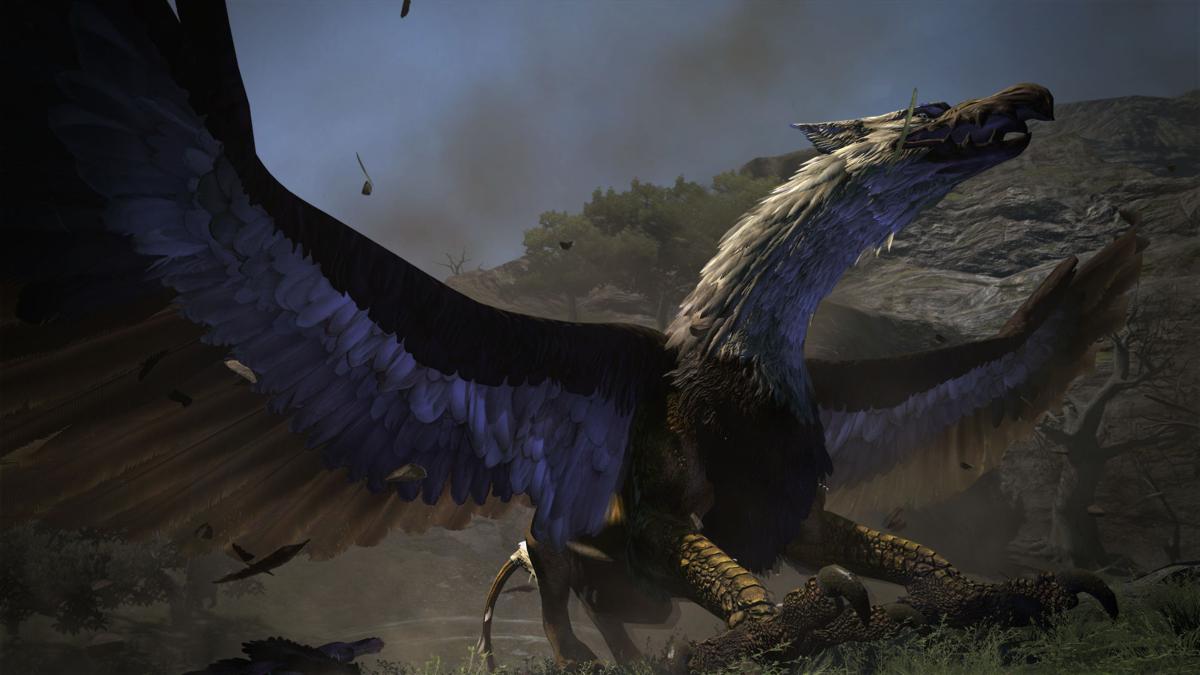 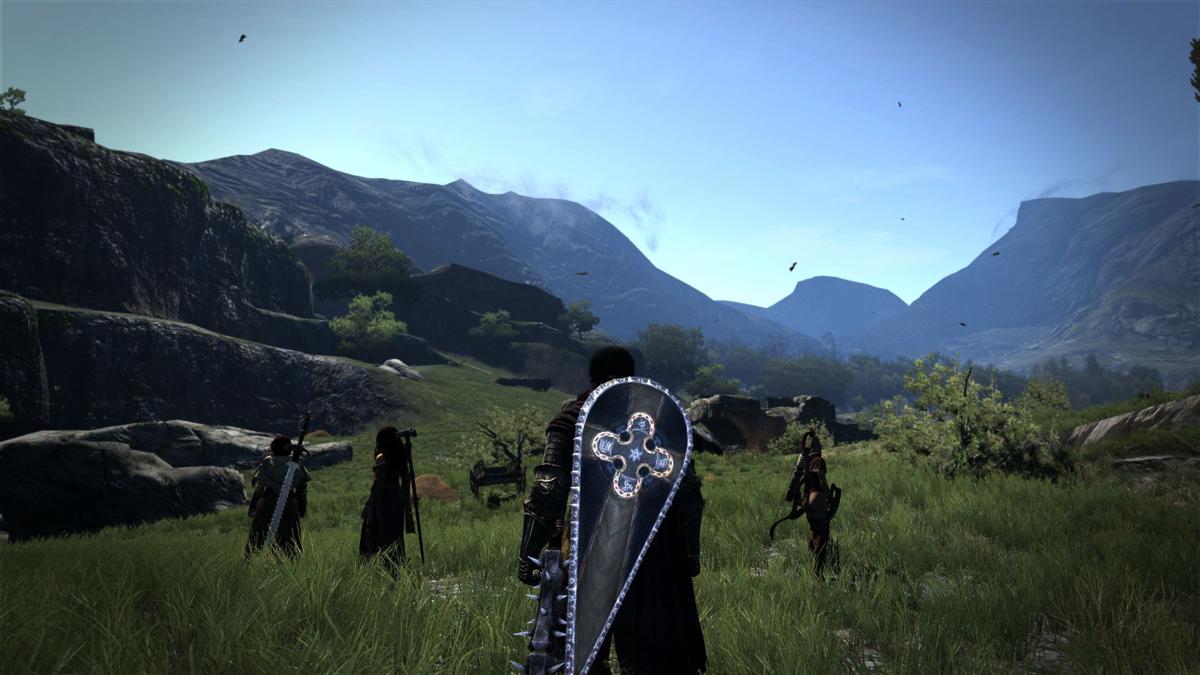 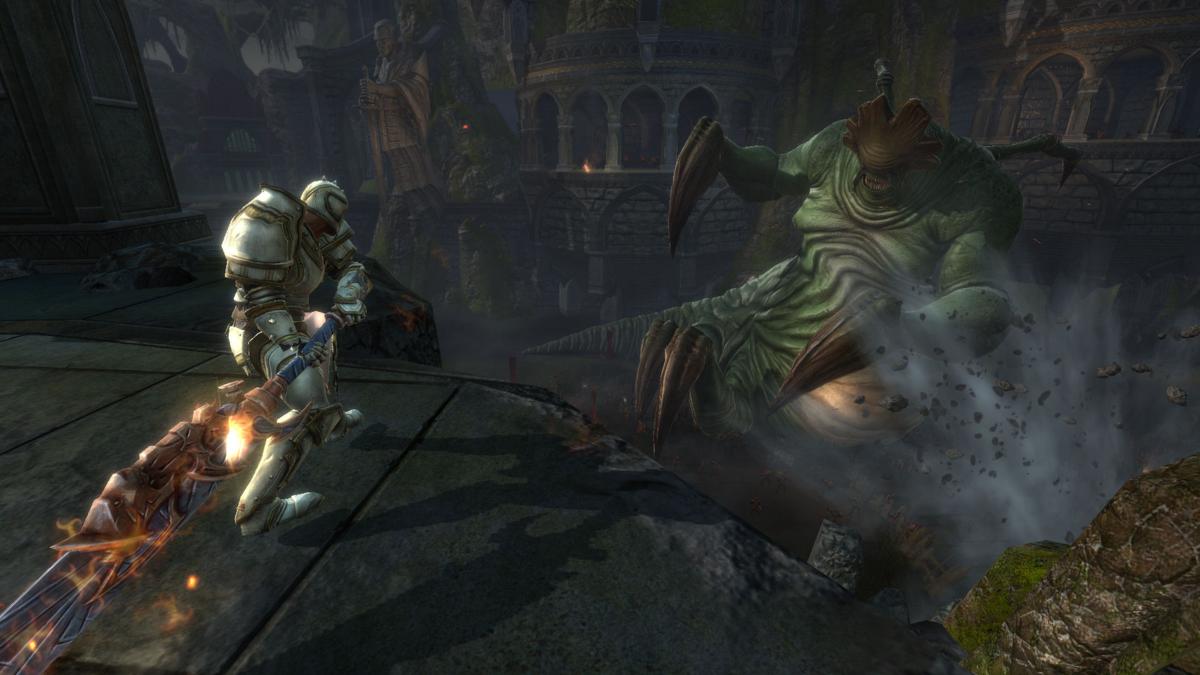 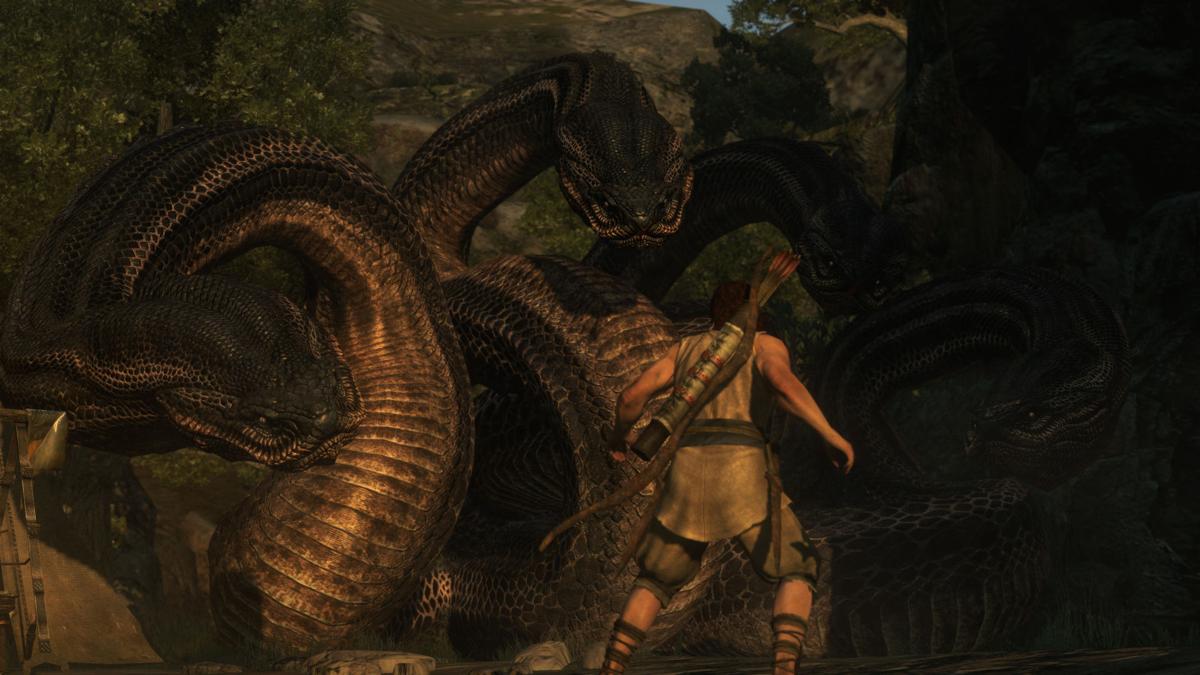 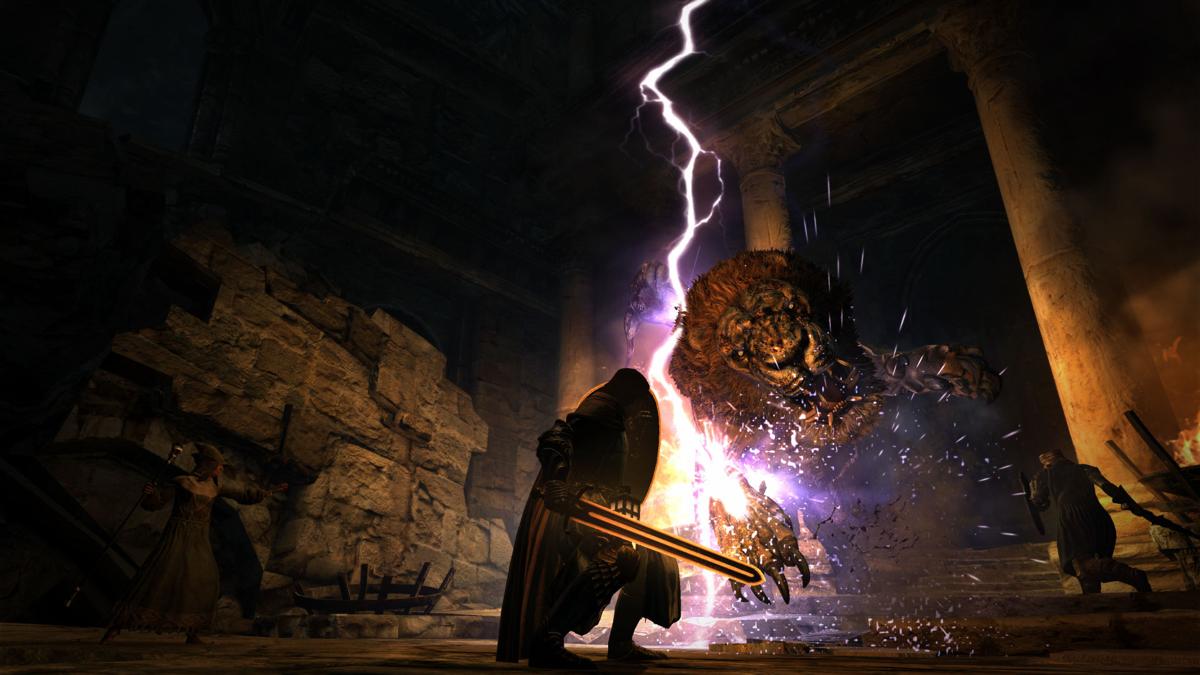 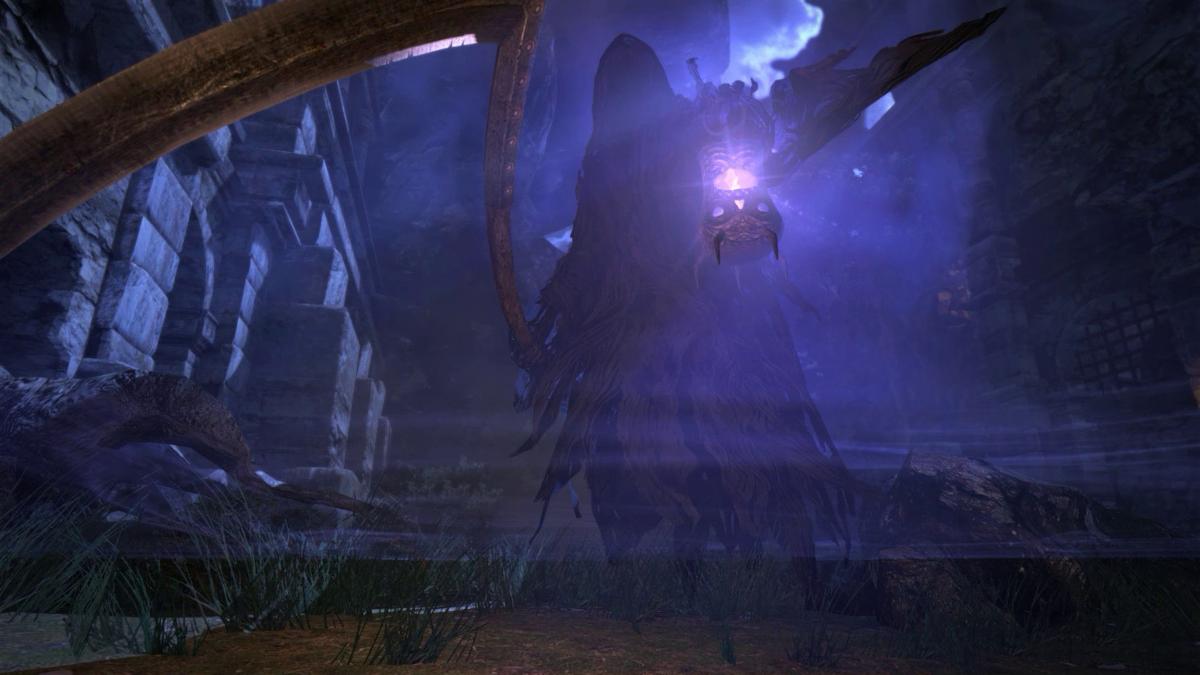 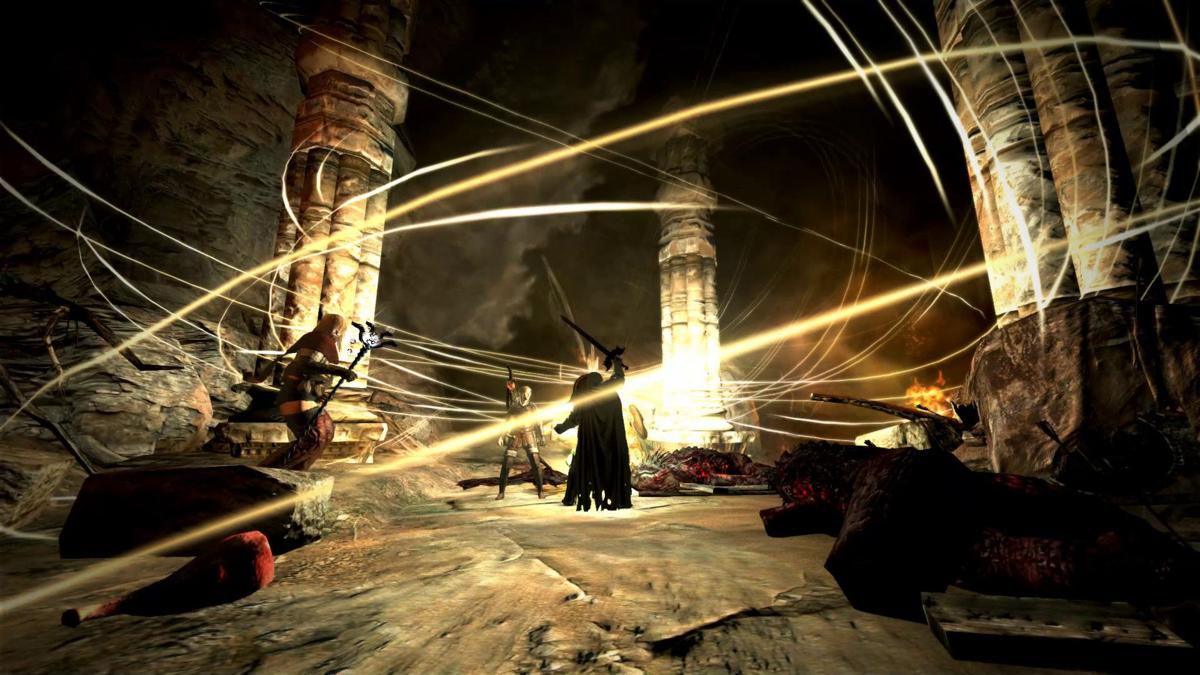 Because one can never own too many “Dungeons and Dragons” inspired role-playing games, I recently decided to give “Dragon’s Dogma: Dark Arisen” a gander. Despite some pretty glaring flaws and design choices, I have found myself investing way more time into the game than I thought I would.

Most of the time, role-playing games involve strong story elements and character growth. “Dragon’s Dogma,” however, stubbornly defies that premise. I found the plot very generic and uninteresting. Basically, a dragon attacks, kills your character and eats their heart. Then, you go talk to some dude or lady, fight some monsters or fetch an item, return, find the next quest giver ... etc, etc. Oftentimes, I found myself wandering around in circles trying to figure out where to go, what to do or who to talk to. Making matters worse, quest objectives aren’t spelled out clearly and the map becomes a bane of existence as you attempt to decipher what markers actually are supposed to indicate. Yes, I tried many times to stick to the main story quests, but the tendency to find myself lost in the forests of this world highlighted the best aspects of the game.

After creating a fighter, rogue or mage you gain access to a pretty in-depth system of skills and abilities. As you complete quests and kill all sorts of monsters and thugs, you unlock more abilities, and quickly, a variety of more jobs. Around that time, you create a second, computer-controlled companion to accompany you in your travels.

For instance, I began the game as a rogue, but quickly switched to the hybrid class of assassin which focused more on combat and allowed me to use more weapons like the sword and shield, in addition to my dual daggers and bow.

My assistant, referred to as my main pawn, began her adventure as a mage, but I quickly changed to a sorcerer so she could cast more powerful spells.

Fortunately, you can add two more pawns to the party by either entering a special zone called the rift or merely by talking to them in the world. These recruits are actually other players’ main pawns randomly generated in towns or walking roads during your adventure. At one point, I found this really interesting, cool-looking archer in my travels and instantly booted the big boring guy with the oversized hammer out of my group.

Exploring might lead to discovering secret loot, but more often than not, groups of enemies tend to swarm you. But adventurers have plenty of methods to dispatch such ambushes. From firing an array of poison arrows from a distance, to flashing around slicing everything in my path with my dual daggers or Spartan kicking bad guys off cliffs, my assassins used precision to slay her foes.

My AI companions though, for the most part, consistently remain completely and utterly useless. Healers rarely healed when my health dropped to low levels, warriors seemed to fight the walls while archers spewed arrows from above, and my own main pawn seemed allergic to using magic.

However, I found myself caring very little about the super-lame, predictable story stuff and mostly stopping to investigate caverns, caves or areas on my own.

One time, while wandering in a forest, I tried to pick a fight with feisty red dragon. After getting smacked around like a play thing, I decided to do my best Sir Robin impression from “Monty Python and the Holy Grail,” and bravely ran away. Hey, I lived, that’s what matters most, right?

Random encounters like that really do add a sense of excitement to exploration, and finding a boss monster, like a Chimera or a Griffin peacefully roaming the land, who makes you question fight or flight strategies. If you hesitate too long, a problem presents itself when a lion-headed beast chooses your next course of action for you by charging directly at your face. Non-scripted battles against massive creatures like these turn epic because defeating them requires specific strategies.

For instance, Griffins tend to stay in the air, and despite my affinity to try and mount the demon bird, I quickly learned it would throw me off. Flying away every chance it got, it would not run, but swoop down in a devastating dive bomb that typically flattened my idiotic companions. They beckoned to shoot the wings, so naturally, I started shooting at the wings and the bird fell from the sky, crashing down, stunned and struggling. I took advantage of the lapse of the moment and proceeded to stab the behemoth as many times in the head as possible. Eventually, my party claimed victory, and I felt I developed a better understanding of how to take down Griffins.

For a game originally released in 2012, “Dragon’s Dogma” does many things right. Combat might be the game’s strongest asset, but just roaming around aimlessly provided me hours upon hours of entertainment. If anything, it’s easy to see the game’s influence on other franchises such as “Monster Hunter: World,” “Dark Souls” and yes, even ‘Devil May Cry V.” I’ll probably invest many more hours into the game, and, of course, hope for some better pawns in the future, but I’m not holding my breath on that one.