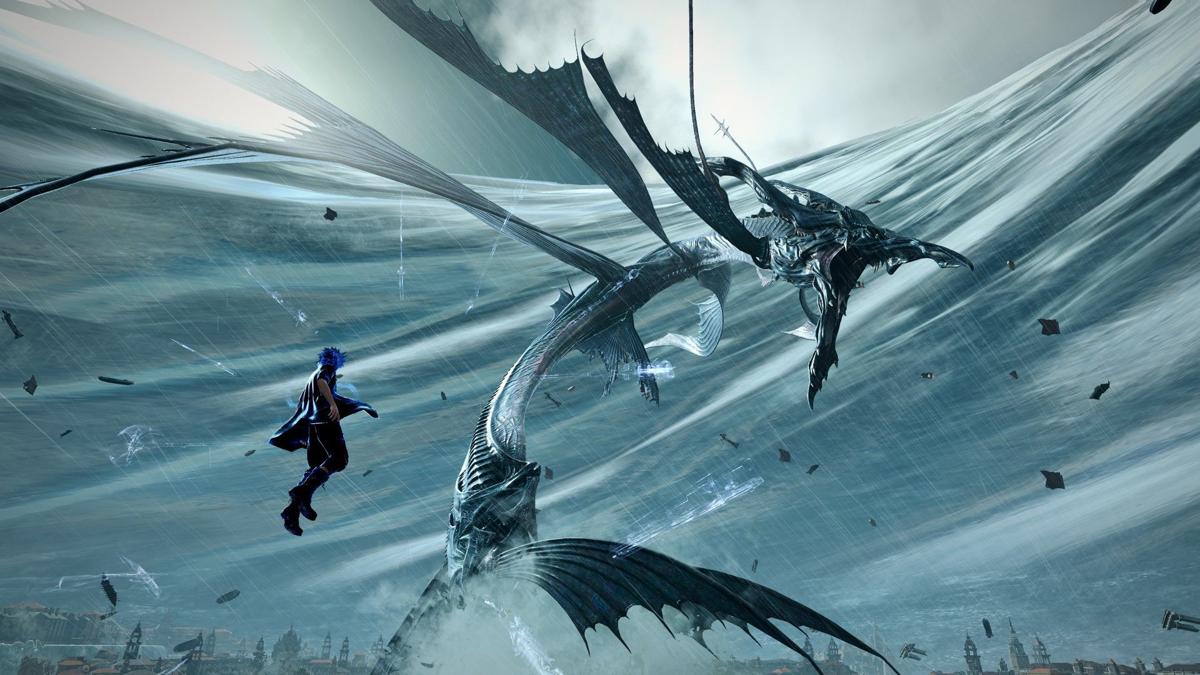 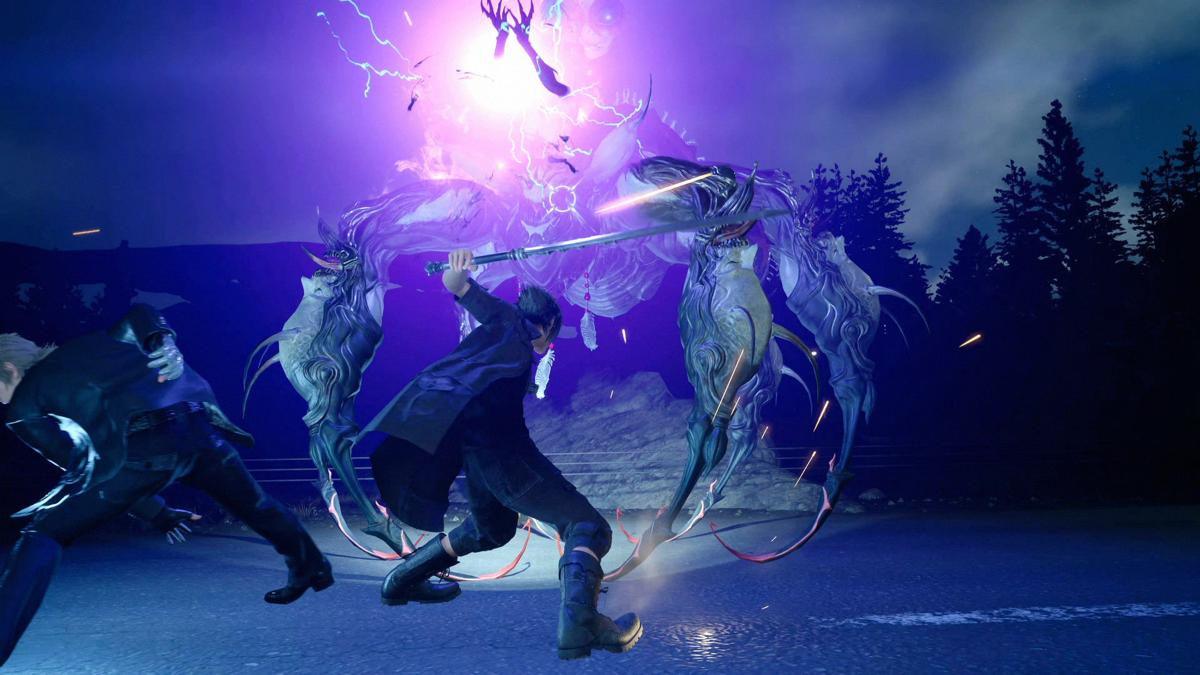 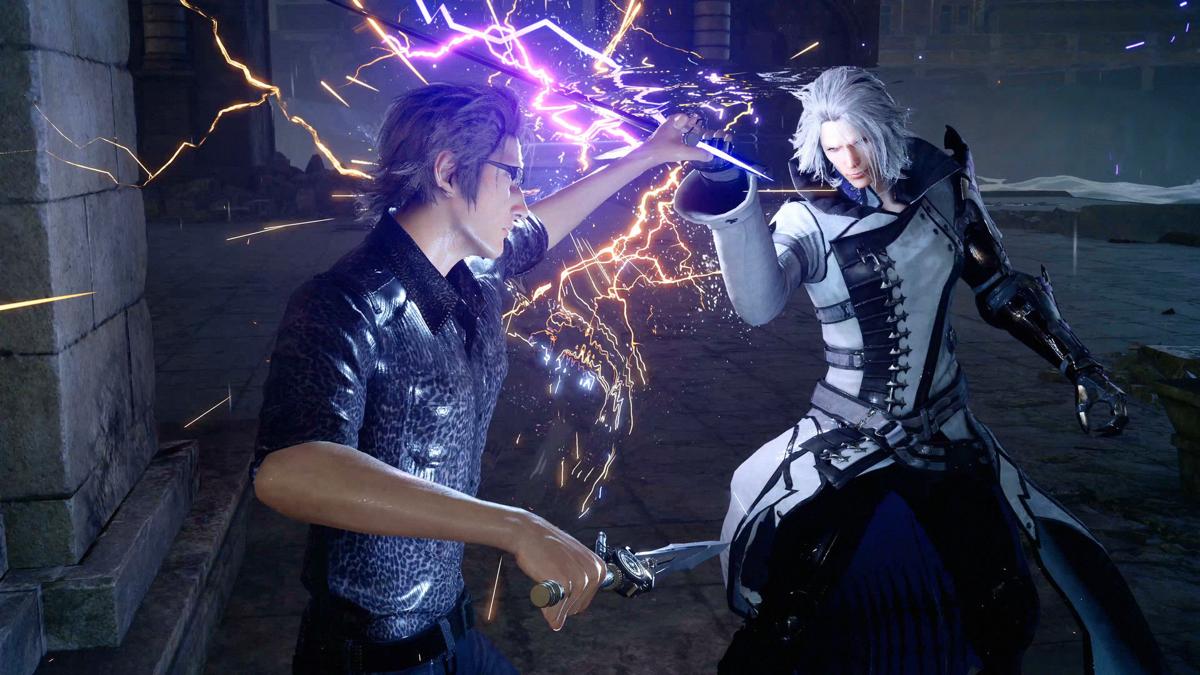 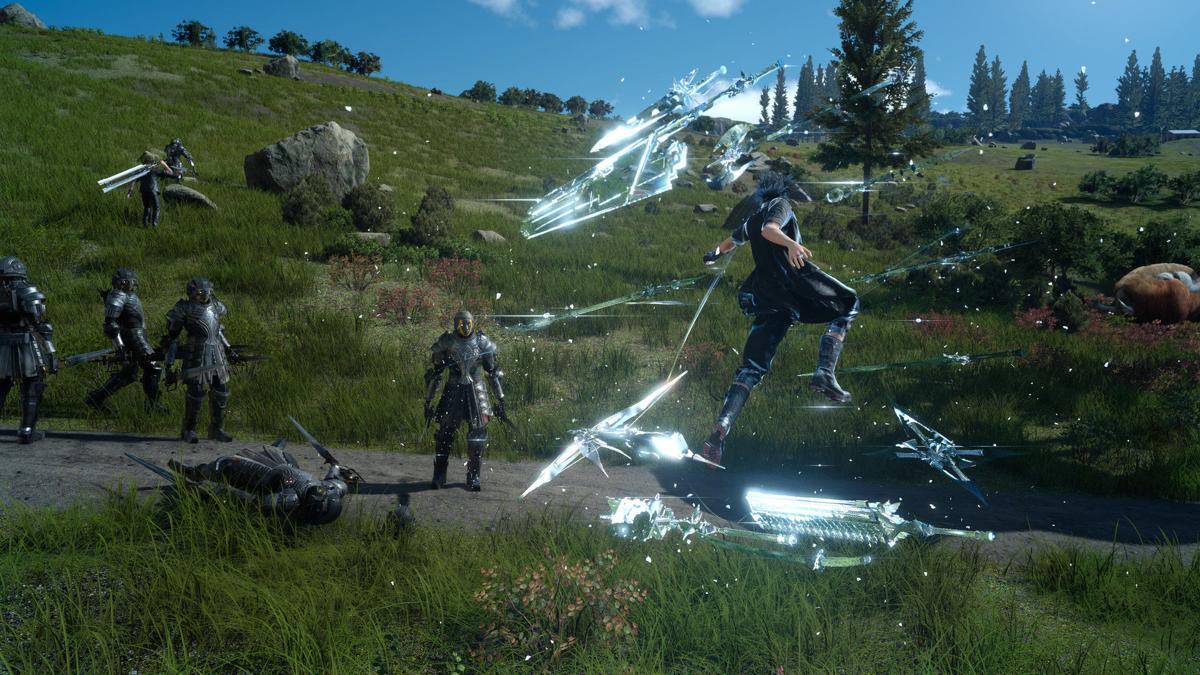 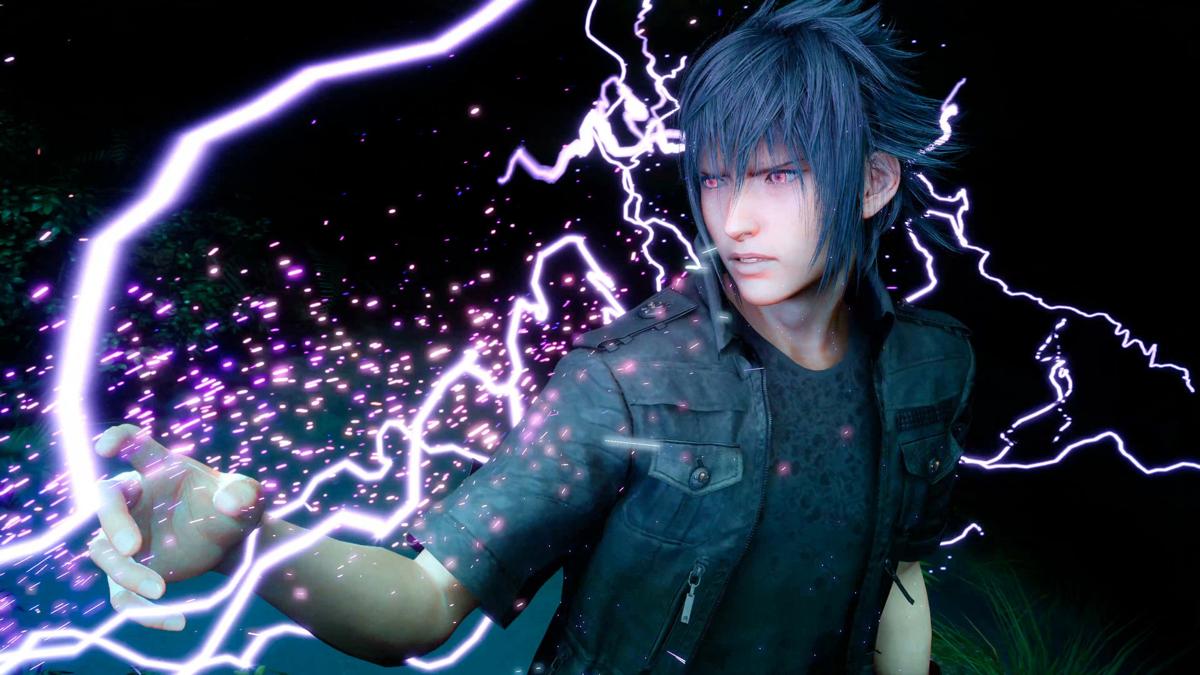 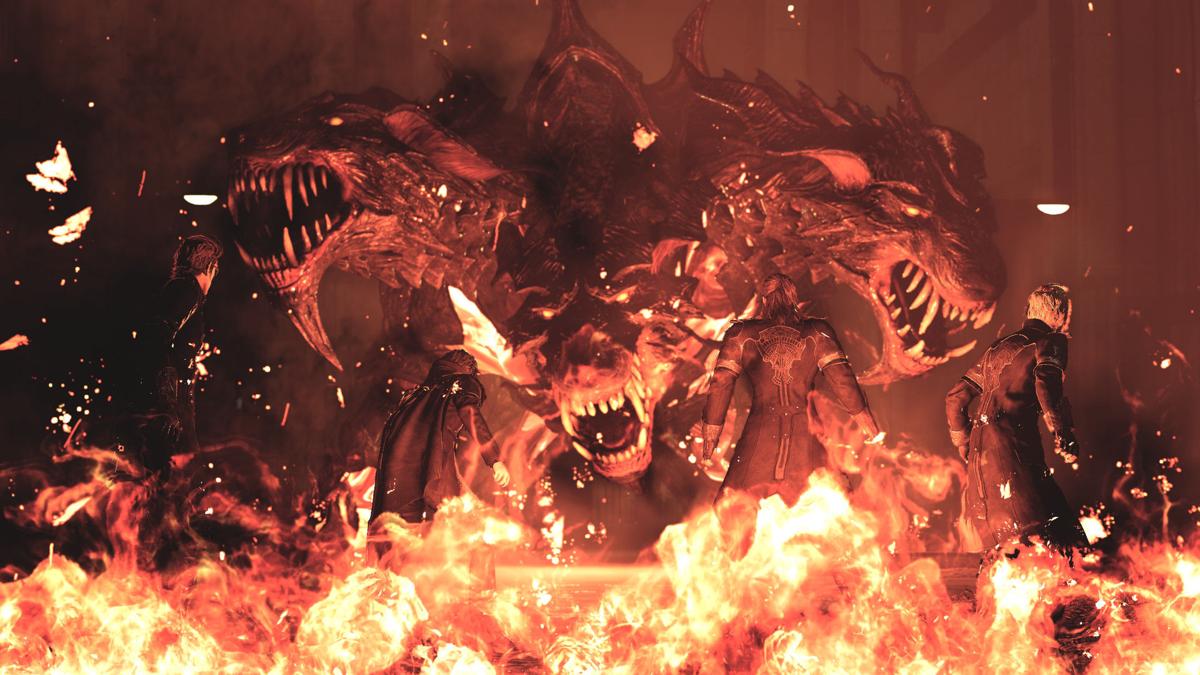 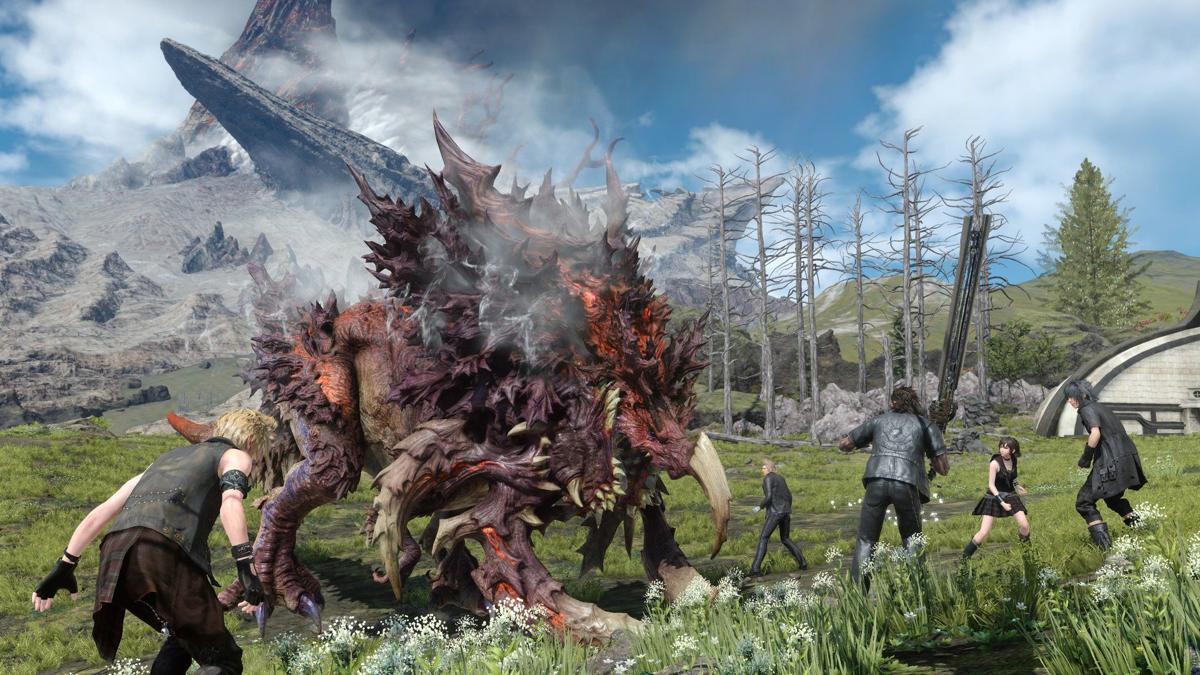 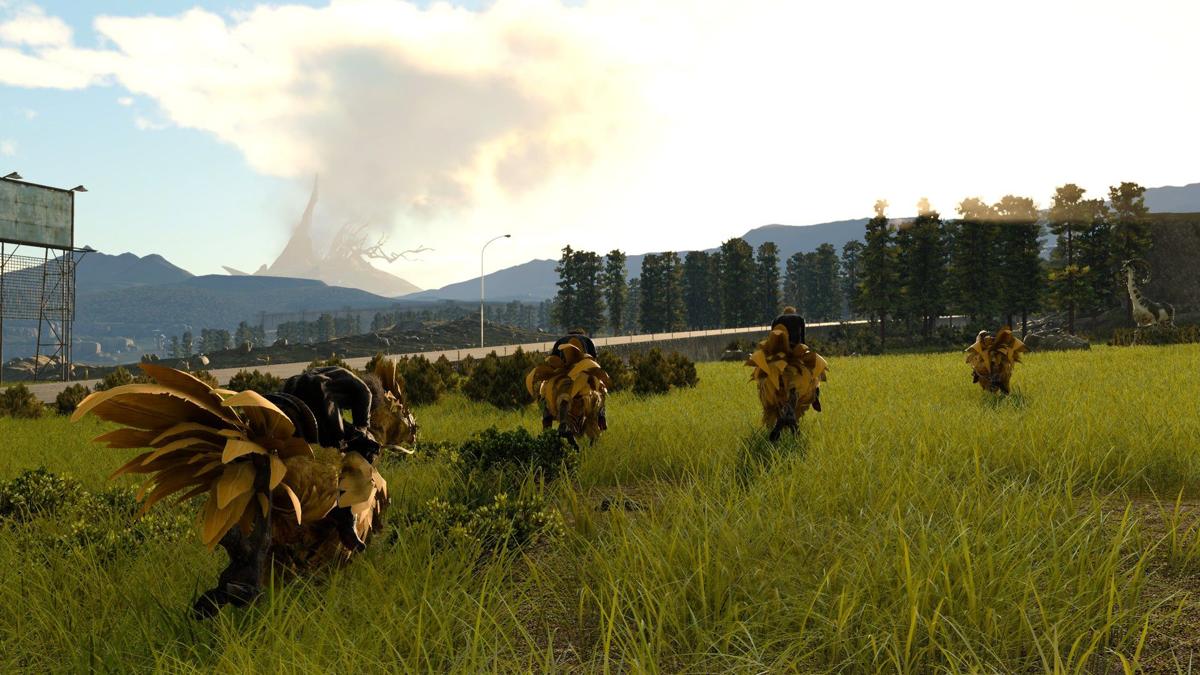 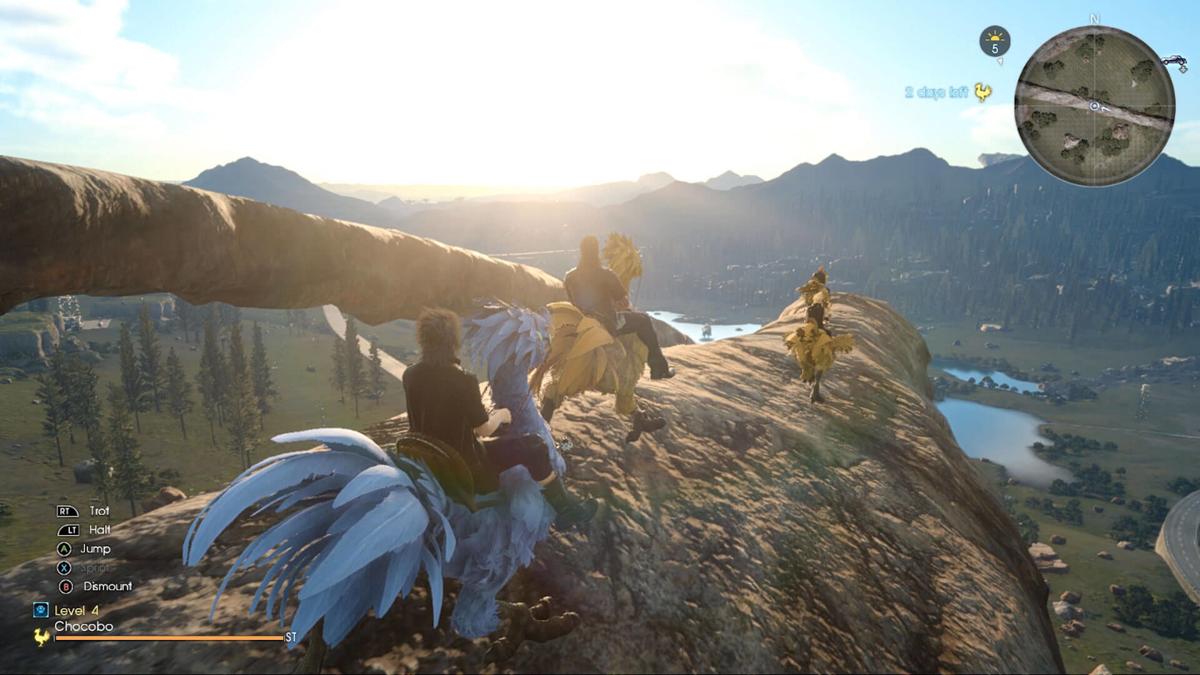 At first, “Final Fantasy XV” turned me off in many ways. Wonky combat and awkward mechanics frustrated me. However, over time, more updates patched some of the major issues during launch and I found myself more invested in the story, the characters and beating the game.

Constant updates made playing the game much more entertaining because designers consistently added more content in the form of downloadable content, which really gave more insight into each of the main characters in the game.

Initially, gamers could only control Noctis Lucis Caelum and call upon his buddies Gladiolus Amicitia, Ignis Scientia and Prompto Argentum to assist in battle. But a patch not only added scenarios highlighting each character, it also allows the player to switch between each in fights.

Essentially, Noctis (Prince of Lucis) and company set off on one last hurrah before he marries Lunafreya Nox Fleuret in a few days.

The band of bros begin their journey by pushing a car to a gas station (I’m not kidding).

After pumping gas, gamers decide where to go or what to do. You can clear story missions, go on hunts, race Chocobos (giant birds that replace horses in this universe) or just ride around discovering new places.

As you complete quests or roam the wilderness, the four bros chatter between each other. Gladio often scolds Noctis for his behavior and grumbles at others most of the time, Ignis relays insight at every turn and seems educated about a variety of topics (and better ways to cook the group food), Prompto exudes positive energy and his free loving spirit really brings levity to the group.

For instance, Prompto randomly asks to take photos (which you can check out and save later) and constantly asks Noctis and company about when they will get to ride, find or race Chocobos. He even sings “I want to ride a Chocobo all day” while out traversing the land.

Also, characters chime in explaining their mood. Gladio might say it’s getting dark, indicating he wants to rest or Prompto will whine about being hungry. As a result, the characters feel much more real.

Some of the best moments come from just roaming around, looking for fights or hearing the banter between the boys.

Battles still feel awkward. Often, my character flew around the screen without a clear idea of where he was going and who he wanted to attack. Adding the ability to change between the four characters really transformed combat into a more dynamic experience. Noctis teleports around slashing foes with all sorts of weapons, Gladio powers through with giant swords and slow slashes, Ignis adds magic flare to his daggers, while Prompto specializes in rifles, guns and tools.

As you progress in the story, the game becomes much more linear. Sure, you can go back to exploring after a certain point, but once you hit a specific chapter, you are locked in for a while.

After all the time you spend with Noctis, Gladio, Ignis and Prompto, you get to know them and want to see them succeed and eventually win. However, major events reveal a darker path. I saw where things were going, and honestly, I had to step away from the game for a bit when things didn’t go the way I expected. The third act of the game turned much more serious, but the final sequence and ending does the group justice.

And if you really aren’t happy with the outcome, playing through the downloadable content offers alternative endings, which many fans appreciate.

Also, my brother, Greg, and I devoted dozens of hours into the multiplayer DLC, “Final Fantasy XV: Comrades.” In the beginning, he had the upper hand as I always struggled to reach his level. But, of course, I surpassed him and eventually beat the final boss of “Comrades” alone. Yes, gamers can play the multiplayer DLC with or without others. Playing by yourself isn’t ideal, but long load times or waiting forever in a queue sometimes requires it. The multiplayer mode of the game really drew me back into the single player experience. To the point that I felt obligated to finish every aspect of the game.