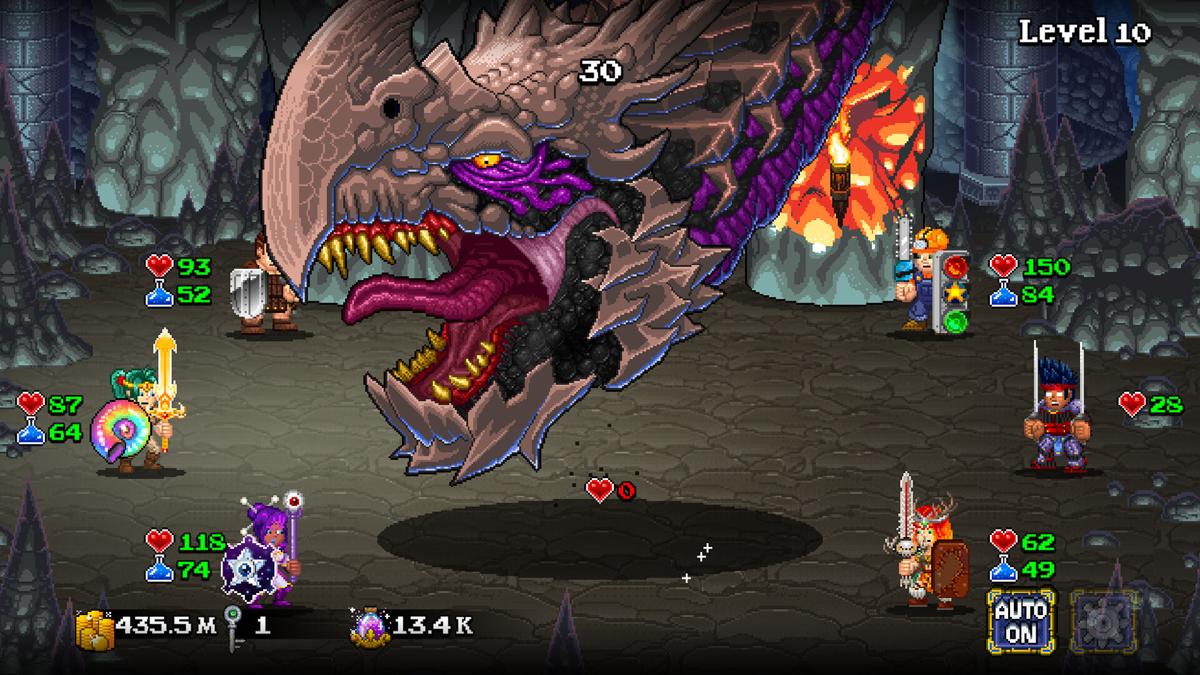 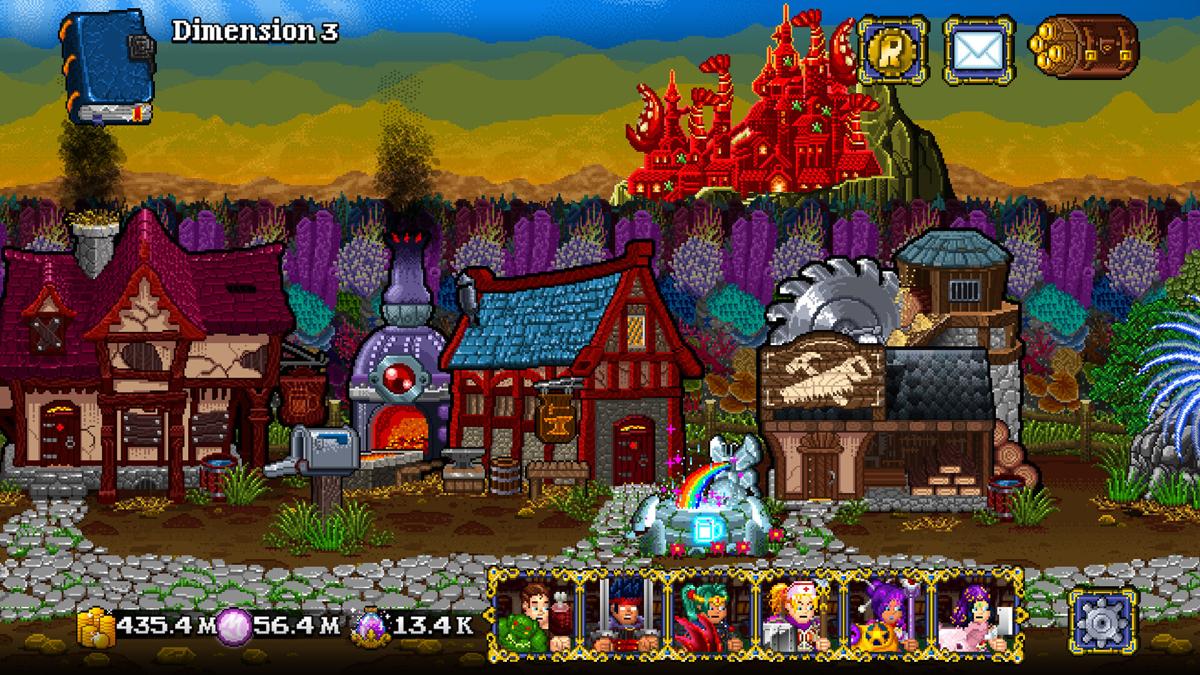 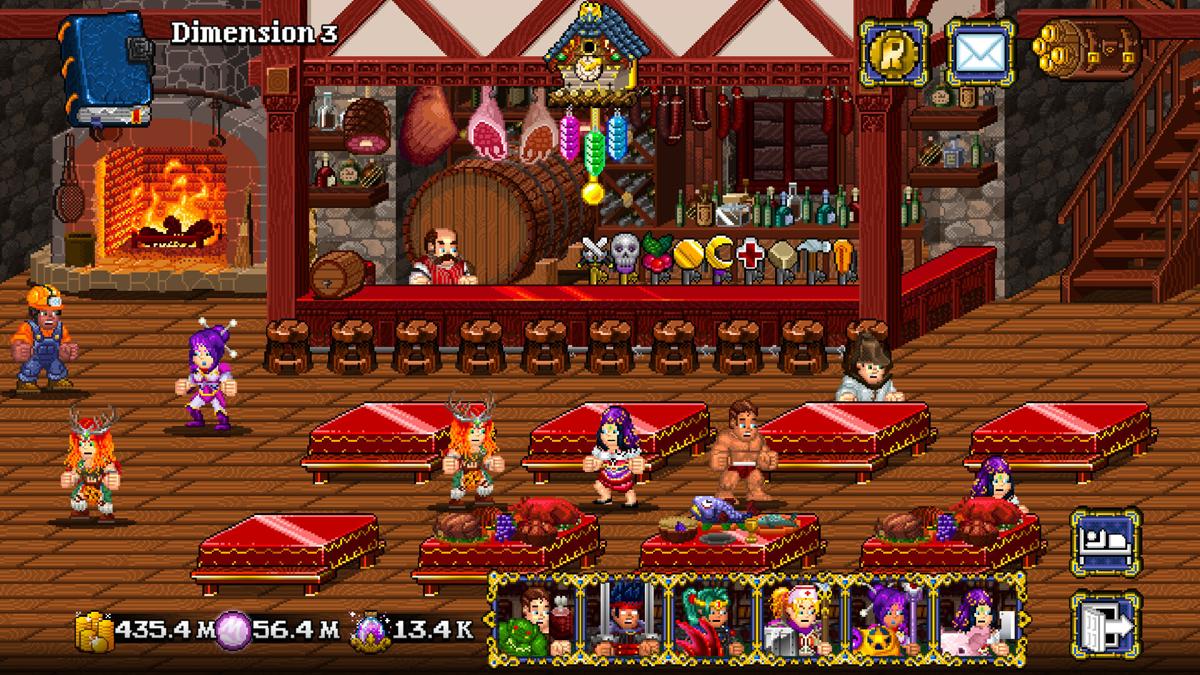 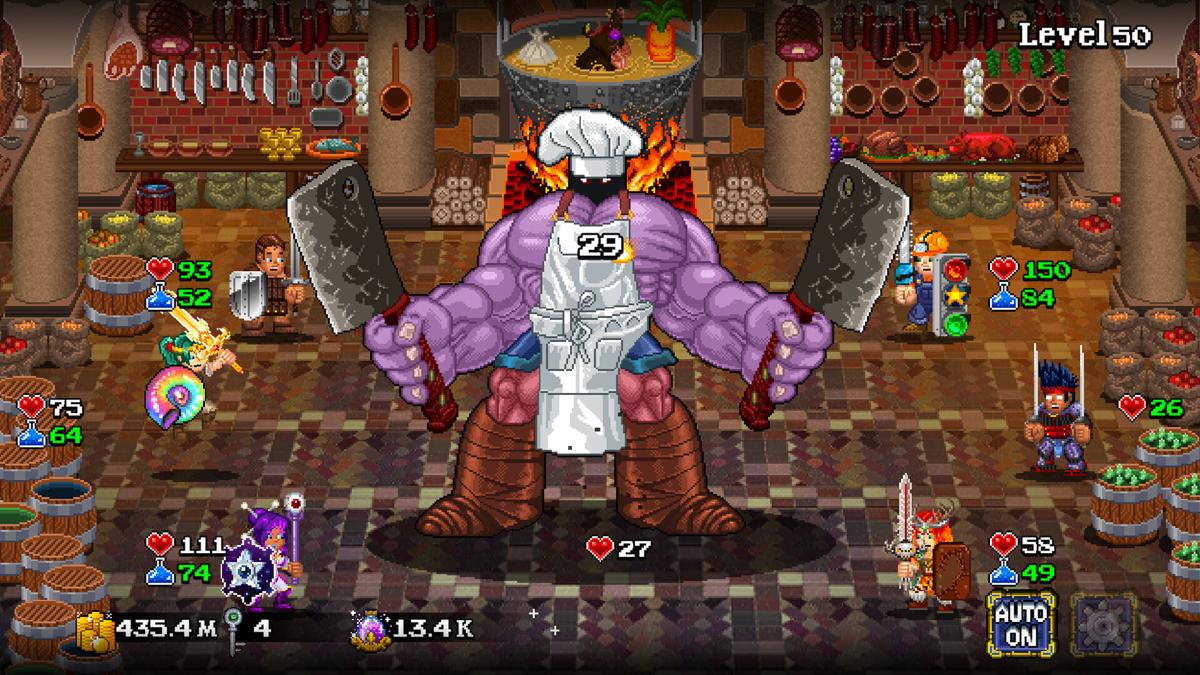 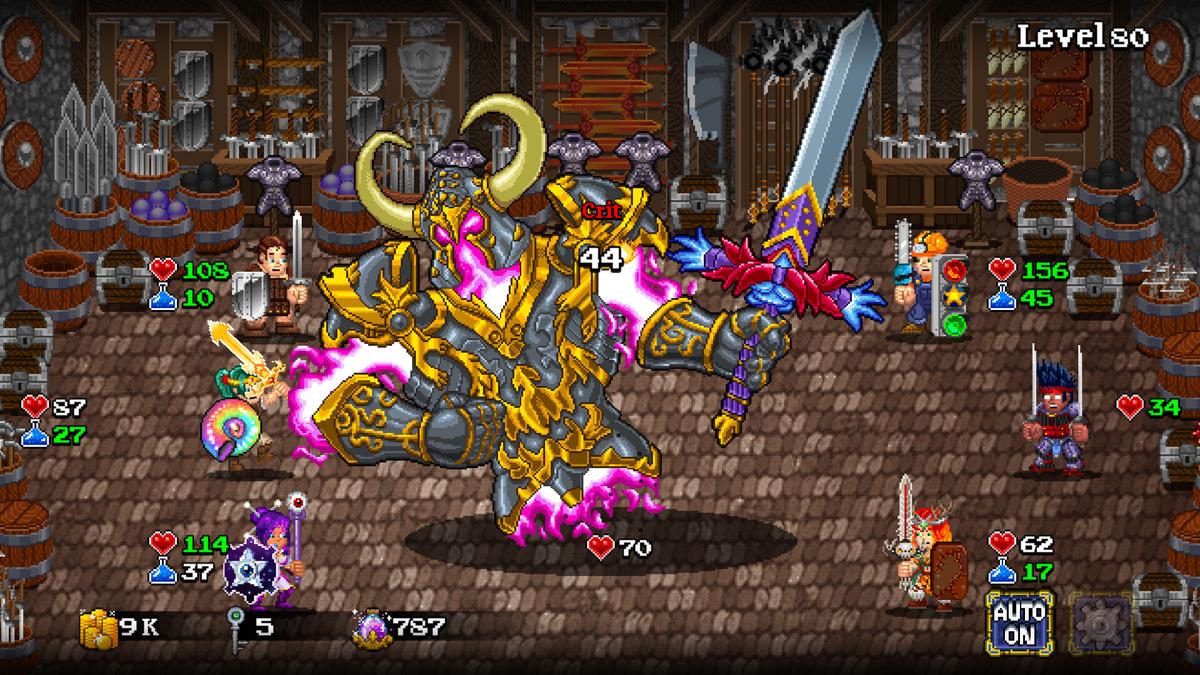 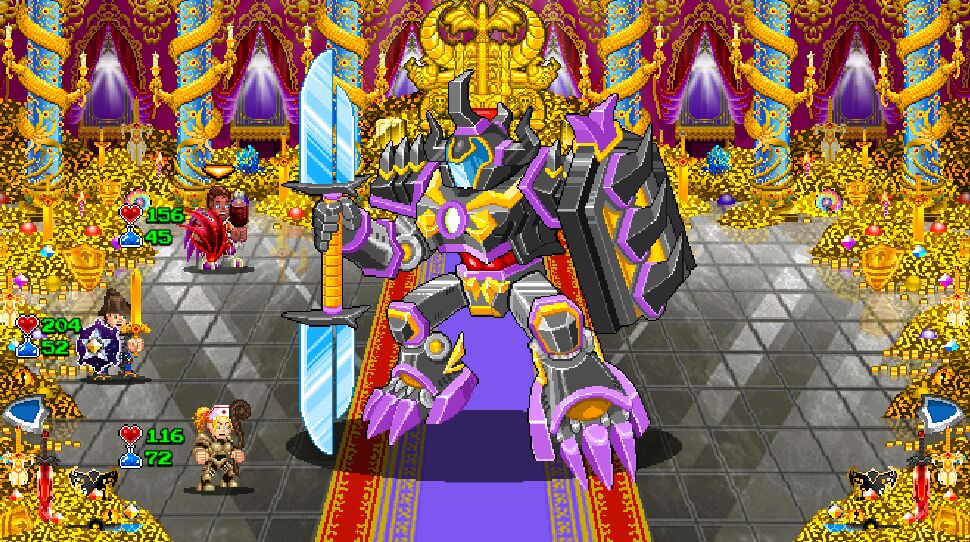 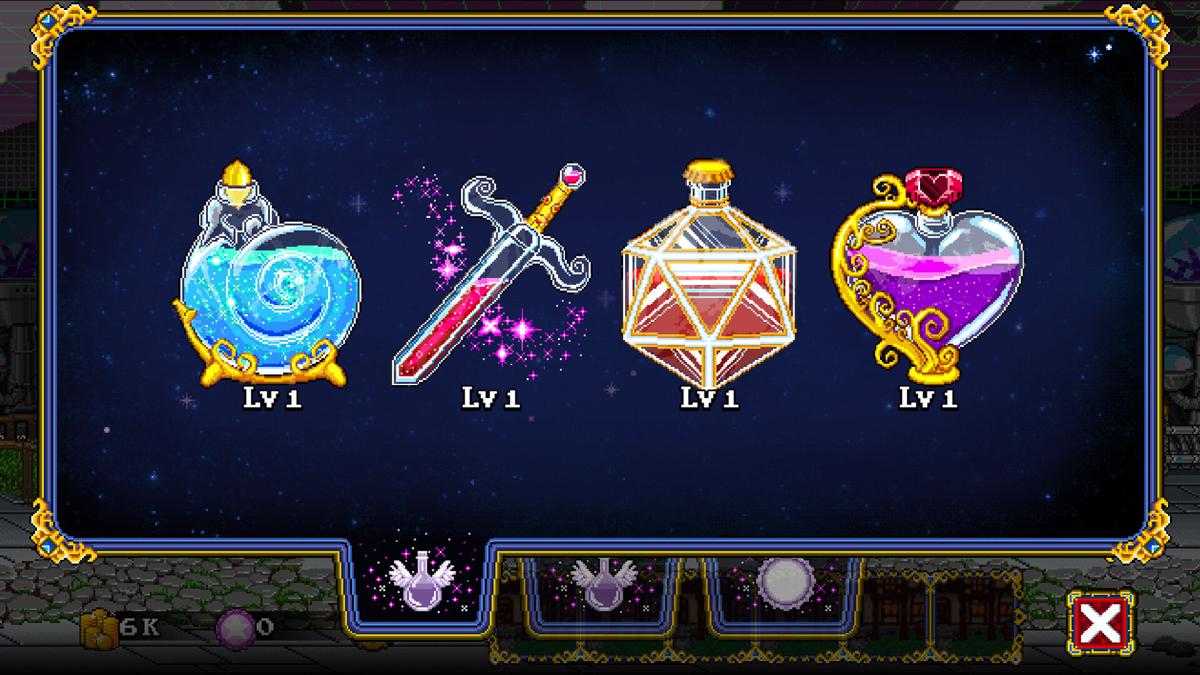 During one of these fits of monotony, I found myself browsing the internet to discover that an ancient mobile game I played years ago actually just released a sequel.

“Soda Dungeon 2” allows players to detach and invest a few minutes (or hours) into leading a team of dungeon crawlers to their inevitable end. At the onset, players recruit party members from what I can only fathom is a soda bar, to fight in a series of battles. Along the way, party members gain gold, find loot and level up. When defeat comes (and it will often), your group members run back to town with bags of loot in tow. Here, you can unlock more classes, craft armor or weapons, or invest in improvements that strengthen your band of heroes.

For example, players can purchase sodas from the tavern owner, which unlocks specific character classes. Although a team filled with huntresses, dark mages and thieves among others seemed to fare well later in the game, I did spend many hours farming gold just to unlock the blade master. The most powerful class I’ve seen thus far was well worth the time invested, since he cannot only duel wield weapons, but can also attack twice in one turn. Despite the high recruiting cost, the dude decimates monsters at every turn, often killing them with a single strike.

The game includes an auto battle option, which you can turn off or on at any time. It works decently, but in boss fights and later levels, more direct input from the player is needed to keep the team alive.

After clearing 100 levels, gamers are given an option to move to another dimension, which resets the player’s progress, but yields tougher enemies and better rewards. In addition to keeping some stat boosts, a new boss battle waits for adventurers when they reach the 100th fight. For instance, after getting to the 200th battle, my party fought an annoying salamander monster that made itself much harder to hit when it camouflaged. Later, at stage 300, a giant lobster boss taunted my party with a few puns before I slayed the giant shellfish.

Paying attention and switching to manual controls does yield some advantages. Sometimes, alternative paths pop up that can lead to treasures, materials to mine, fairy encounters that usually end poorly for your team or other secrets like warps that require a key to unlock.

Admittedly, I spent much of my time in town prepping for the next adventure. After figuring out how crafting worked, I would create weapons and armor myself or check the shop when I didn’t have the materials for that. Usually, decking out your people with loot found dungeon hunting helps, but specific gear can only be crafted (and some of the coolest looking stuff as well).

One major gripe, when you perform these activities, you are literally bombarded by ads (often for other mobile games). Sure, they only last a few seconds and choosing to watch them sometimes can get you rewards, but they soon turn annoying. I understand “Soda Dungeon 2” charges nothing to play, but the barrage of advertisements thrown at my face really took me out of the experience.

Overall, I do find myself investing time into the game even when I’m not bored. While I’m unpacking boxes at my new place, I can leave the game running and check on the party to see how they are doing. If anything, I can play for a few minutes and shut the game down when something more important happens.