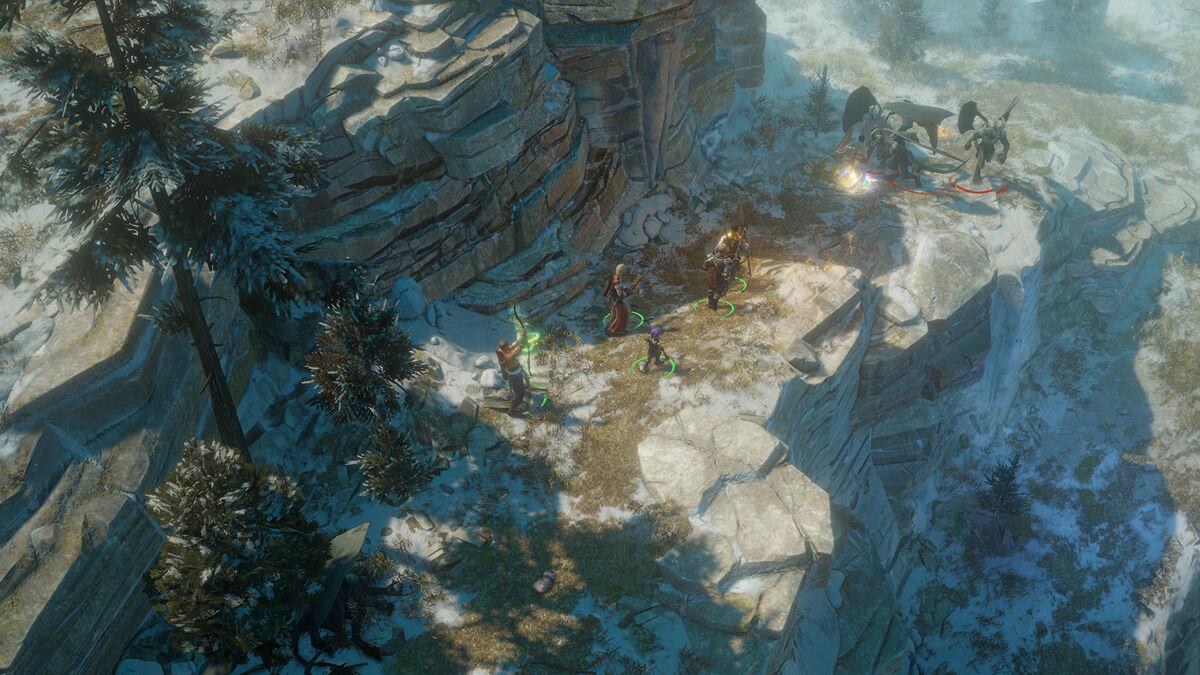 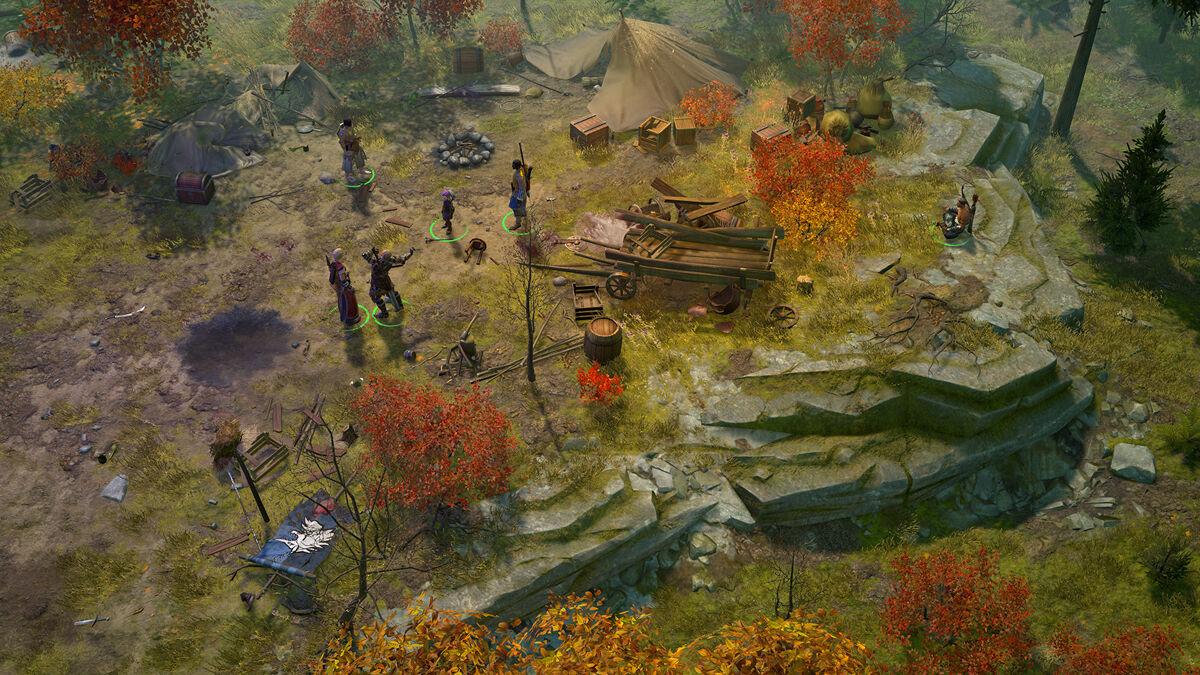 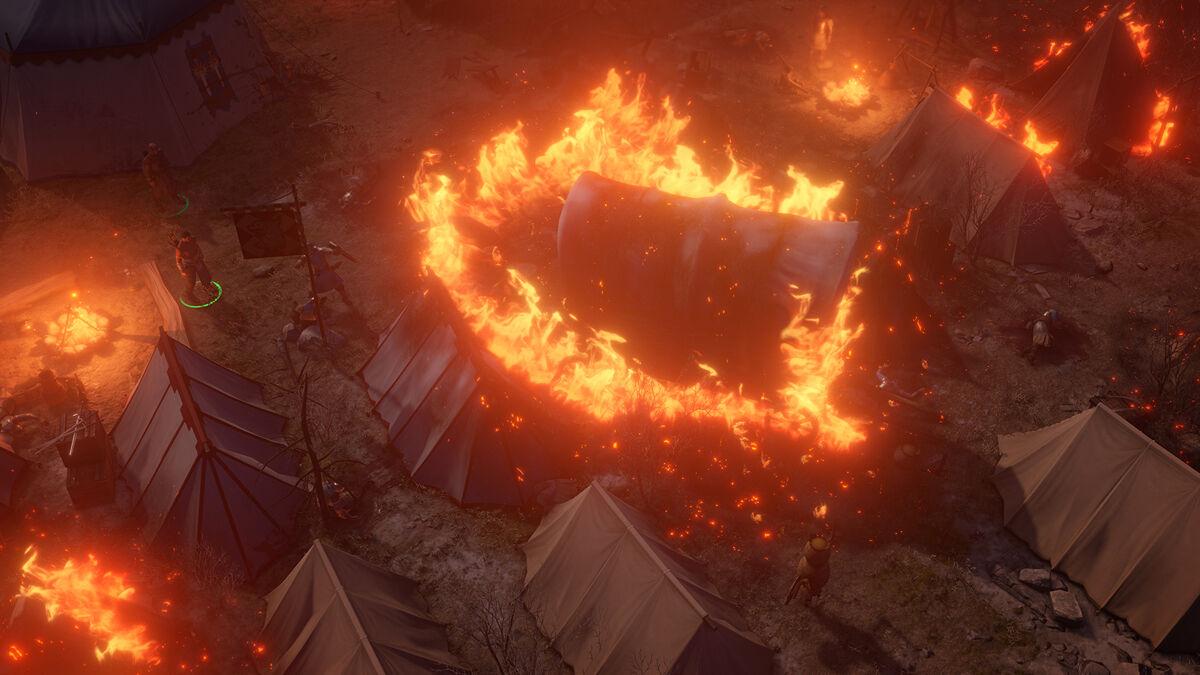 A while back, my friend, Zane Varney, convinced me to sit down and finally participate as a player in the table top game, “Dungeons and Dragons.” From there, I created a dwarven druid, Dagnabbit Morbooze, that soon became a staple in other games I picked up. I’ve spoken in the past about how “Divinity: Original Sin II” borrowed many aspects of the D&D experience and expanded on these elements with a strong entry of its own. However, I had heard many of my friends talk about another table top game called Pathfinder and felt a little inclined to check out the video game version when it released on console recently.

If everything ran smoothly I would have probably finished “Pathfinder: Kingmaker” weeks ago. Major issues plague the game at every turn and make the time sucker of a game waste even more time because of crashes, screen freezes and lost save files. In what some people online have explained as a major, unaddressed issue with auto save files, I’ve lost many hours of in game play and progress and often had to replay events and re-read dozens, if not hundreds, of conversations over and over again. I still enjoy the game, but saving shouldn’t feel like you are literally rolling the dice, with a handicap, where the odds are stacked against you.

Time after time, I said to myself “Let’s see if this actually goes through.” Often, after spending hours finishing quests, smashing enemies and managing my kingdom, the game would glitch out, stutter or freeze throwing all that progress in the dumpster.

Despite all that, I stubbornly pushed forward intent on commanding my new version of my dwarf druid Dagnabbit and his companions through the world of “Pathfinder.”

Like most other tabletop-inspired role-playing games, “Pathfinder: Kingmaker” uses a series of dice rolls to determine how battles play out. For example, success rates of attacks, damage given and taken are all determined by virtually rolling a series of dice. It all plays out on screen automatically, so combat speeds along. The default setting for combat makes your group of adventurers automatically spam attacks (usually physical with very little magic unless you tweak the behavior). In critical battles though, your computer-assisted companions exercise exceptional levels of stupidity. For the most part, I kept this default setting in order to close in on the enemy and switched to the more traditional, turn-based setting when more important, stronger enemies entered the fray. That way, I wouldn’t have the misfortune of watching my healer walk through a spike trap, the barbarian lady catch herself on fire and the archer engage in hand-to-hand combat.

Early on, I found that I had recruited a full party, each character with their own personality, back story and class-based abilities. At first, I thought that party members were locked into specific roles, but I soon learned that I had much more influence on how I built my team.

For instance, a bard, Linzi, joined the group initially. In my first play through, I stuck with her original build, taking advantage of her boons from songs she performed during combat. On my second play, through, I turned her into more of a rogue, using sneak attacks and duel daggers in her skill set. This knowledge came in handy when I met probably my favorite character in the game Nok-Nok, a chaotic evil goblin slated for execution. After saving him, he joined my party and not only added hilarious commentary, but soon made it clear Linzi would always pale in comparison as a rogue.

Because I found each companion’s story arch interesting, I wanted to recruit them all, but soon learned that I couldn’t access one area on the map because I had progressed to the next chapter. Because of this, I missed out recruiting two characters. The same thing happened later in the game (hence why I created a second character), which highlighted another problem with the game.

Many things just lack the detail needed to understand the impact they hold. You can either wander aimlessly for hours or give in and finally look up what the heck you are supposed to do online. The objectives to clear tasks aren’t always clear. Kingdom management just adds to the frustration and feels like you are doing chores. Sure, I still had fun with it, but in the beginning I felt overwhelmed, always had no idea why my people constantly grew angry with me and just tried to make sure I maintained my alignment status, so I still could use my druidic powers (another lesson I unfortunately learned later on). Eventually, I caught on, delegating advisors to address issues took days or weeks, problems would come up with critical ones needing the most attention, and I had to visit the capital every so often for major events. However, I spent all this time managing things: building structures in my cities and issuing commands only to have all that erased when my screen froze.

When Dagnabbit actually got time out in the world, the game grew much more enjoyable. To be fair, I tried to stick to the main story quests, but was distracted by non-essential activities. The explorer took over as I roamed the world, whether that involved investigating a secret grotto, partying with goblins or fighting a group of bandits poaching on my land.

As my party leveled up, I found my experience playing D&D paid off, as I recognized many abilities and spells. For instance, at one point, Dagnabbit gained the ability to transform into a bear. Yes, I immediately took this form, but soon learned that one particular ability allowed me to cast spells in bear (eventually sabertooth tiger) form. Not only did I rip a band of goblins to pieces, my furry avatar also started throwing fireballs and casting volcanic eruptions in the field of foes. This turned into a great deal of fun as I spent more and more time fine tuning my entourage and figuring out the abilities and spells I liked most.

Overall, I really enjoyed my time with “Pathfinder: Kingmaker.” Glaring issues aside, I feel like the full potential of the game has not yet been met. And yes, the glitches, freezes and loss of saved data really hampers the enjoyment of playing. However, the game’s a blast, when things work — they just need to work more often.