Raya seeks the help of the legendary dragon, Sisu. Seeing what’s become of Kumandra, Sisu commits to helping Raya fulfill her mission in reuniting the lands. Featuring Kelly Marie Tran as the voice of Raya and Awkwafina as the voice of Sisu, Walt Disney Animation Studios’ “Raya and the Last Dragon” will be in theaters and on Disney+ with Premier Access on March 5, 2021. © 2021 Disney. All Rights Reserved. 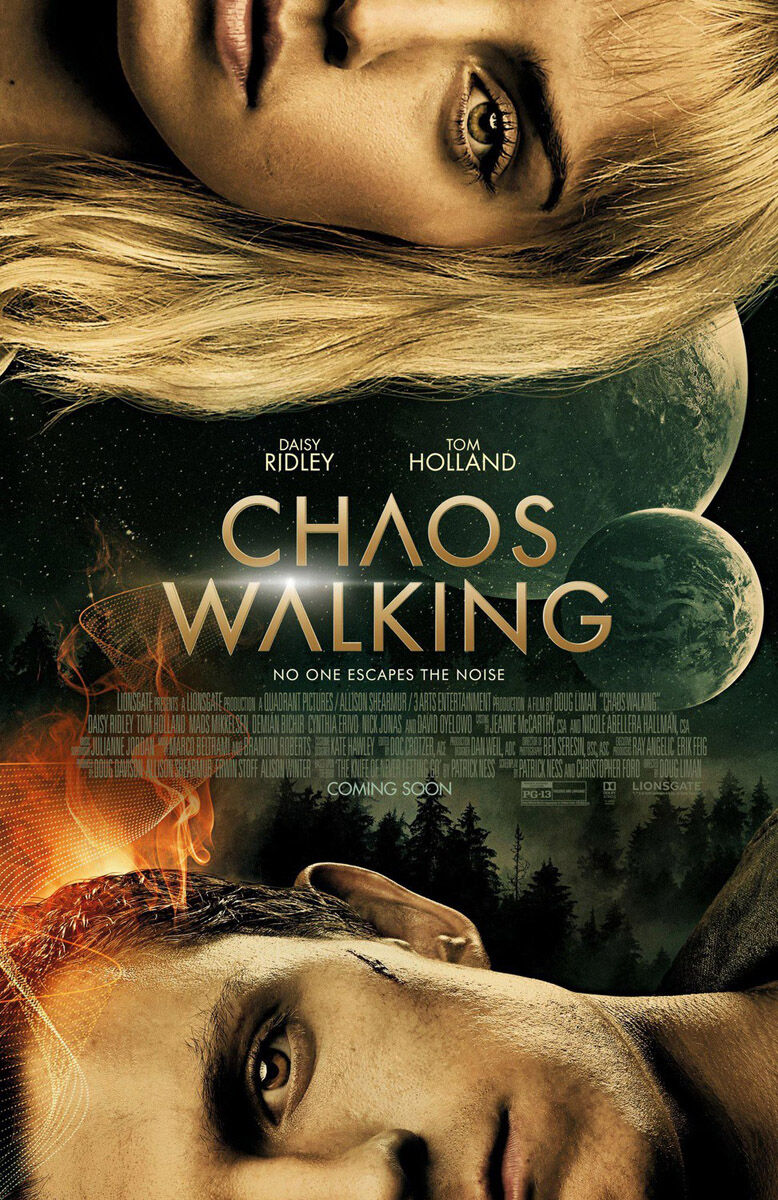 Raya seeks the help of the legendary dragon, Sisu. Seeing what’s become of Kumandra, Sisu commits to helping Raya fulfill her mission in reuniting the lands. Featuring Kelly Marie Tran as the voice of Raya and Awkwafina as the voice of Sisu, Walt Disney Animation Studios’ “Raya and the Last Dragon” will be in theaters and on Disney+ with Premier Access on March 5, 2021. © 2021 Disney. All Rights Reserved.

This month, after finally making it back to the theater one year after COVID-19 closed all of them down, I was able to go see “Raya: the Last Dragon” and “Chaos Walking”.

This Disney movie was set to release in November of last year, but the pandemic pushed it back to its release of March 5th of this year. Disney once again was offering to let subscribers of Disney+ to stream it on the platform for the “premier access” fee of $30, while also releasing it in theaters.

The story follows Raya (Kelly Marie Tran) and her quest to find the last dragon named Sisu (Awkwafina) and all the broken pieces of a magic orb that was created by Sisu to save the people of Kumandra from the Druun, cloud-like entities that turn people into stone. Throughout her journey she meets many new people and learns about the importance of trust in her efforts to save her people.

The one downside to this movie is that there are so… many… characters. It can be a little hard to keep up with sometimes, but they were all very lovable and enjoyable to watch.

My favorite part about this movie is how visually pleasing it is. It is one of the most visually stunning animated movies I have ever seen. The details are absolutely breathtaking, from the gorgeous landscapes and cityscapes to the detail of rain falling off of Raya’s hat. Even the physicality of the fighting scenes is impressive and eye catching.

I highly recommend checking this movie out, I thoroughly enjoyed it and I believe it will entertain people of all ages.

Chaos Walking unfortunately was a concept that had great potential but just ended up being a movie filled with plot holes.

The movie stars Tom Holland as Todd Hewitt the youngest in a town of all men on a planet called New World. All men on this planet have “the noise” which is basically a visible projection of their thoughts. This obviously makes it hard to lie and to keep your privacy.

When a girl named Viola Eade, played by Daisy Ridley, crash lands on the planet in the all-male town Todd’s world is turned upside down having never seen a girl before. Once it’s made clear the town’s mayor has nothing but bad intentions for the girl, she and Todd go out on a mission to contact her home space ship.

Not even Flex Tape could seal all the plot holes in this movie. There are a few spoilers here so I’d skip to the next to last paragraph if you don’t want the movie spoiled for you. It’s never explained why just men get “the noise” once they enter New World’s atmosphere. The mayor blames the planet’s native inhabitants called “spackle” for the death of the town’s women, but nothing else is explored or said about them throughout the movie. There are other settlements that know what the mayor did, but they just leave them alone even though he is definitely a threat. Todd’s emotions were confusing because he seemed more upset by the death of his pets, but he wasn’t equally as upset when the men who raised him passed. I could keep going but I won’t bore you with all of them.

The actors did the best that they could with what they were given, but in the end I never could get attached to any characters and the plot holes were just too distracting. Maybe if this were a TV show they would have more time to cover more details, but my roommate and I left and just ranted about it in the car for a good half-hour. She confidently said it’s the worst movie she’s seen in theaters in her life.

If you are brave enough to go watch the film for yourself fair warning, if you get attached to animals easily this movie will wreck you.