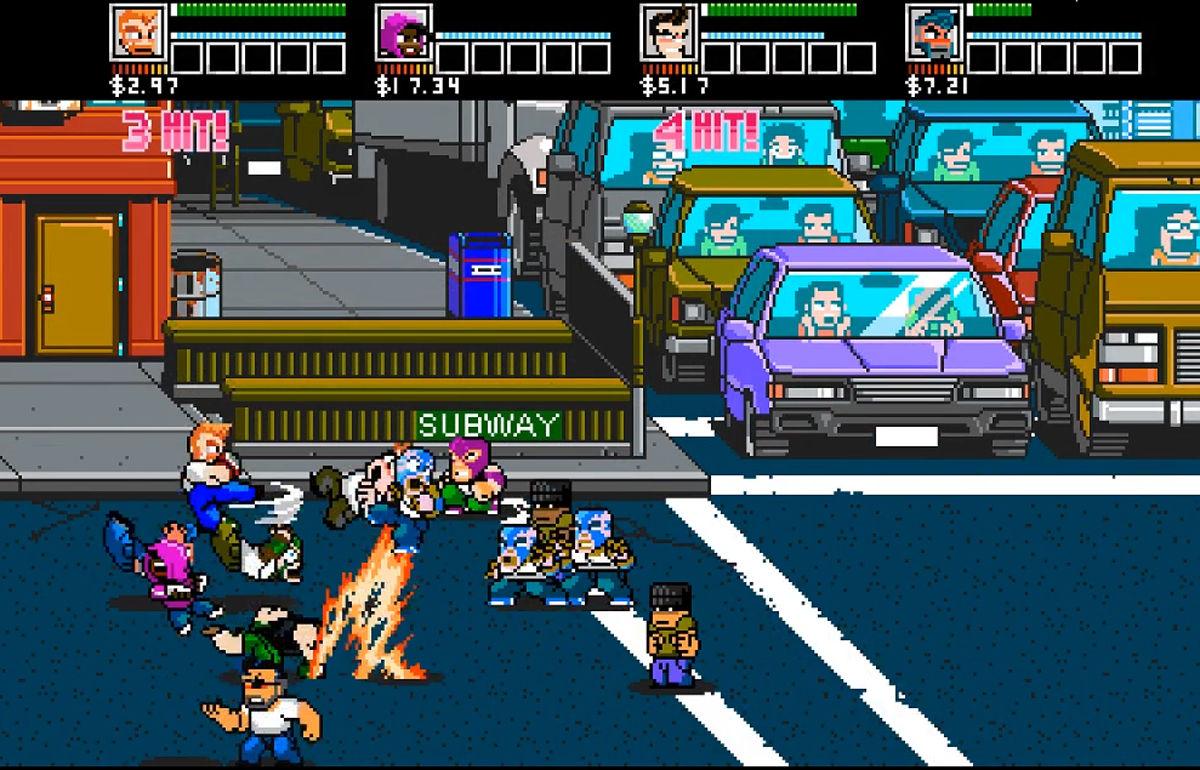 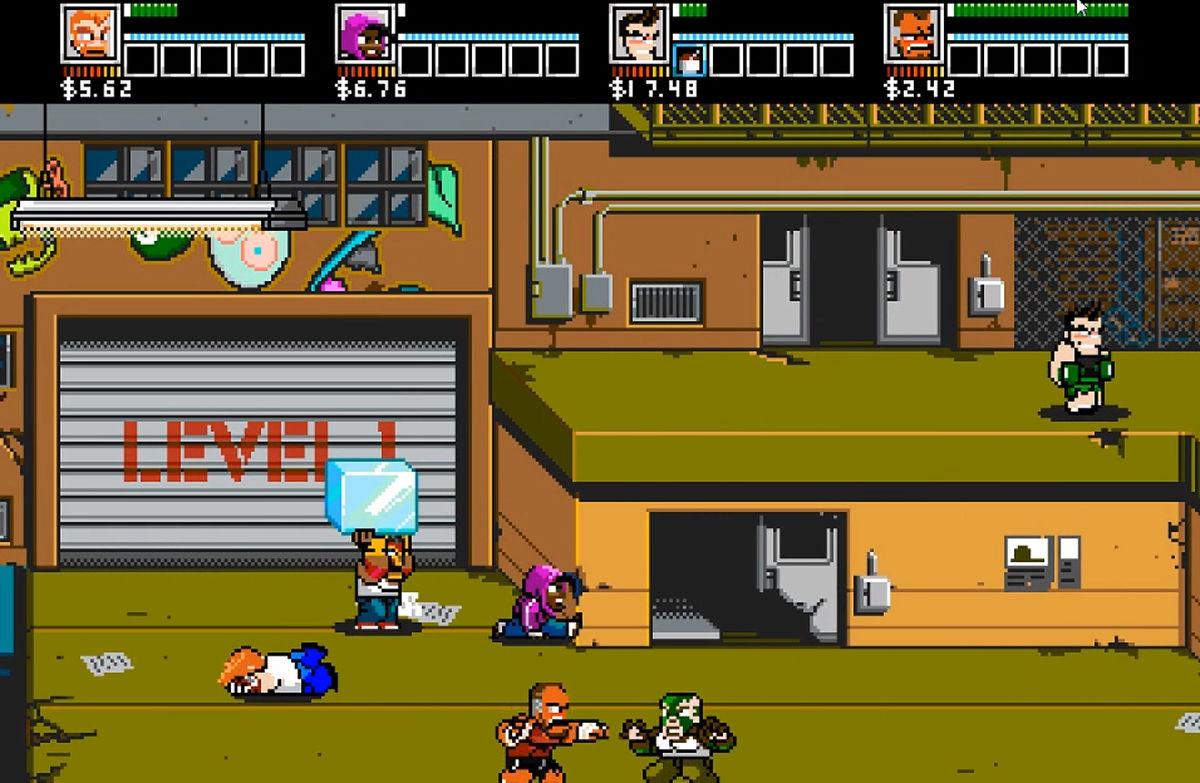 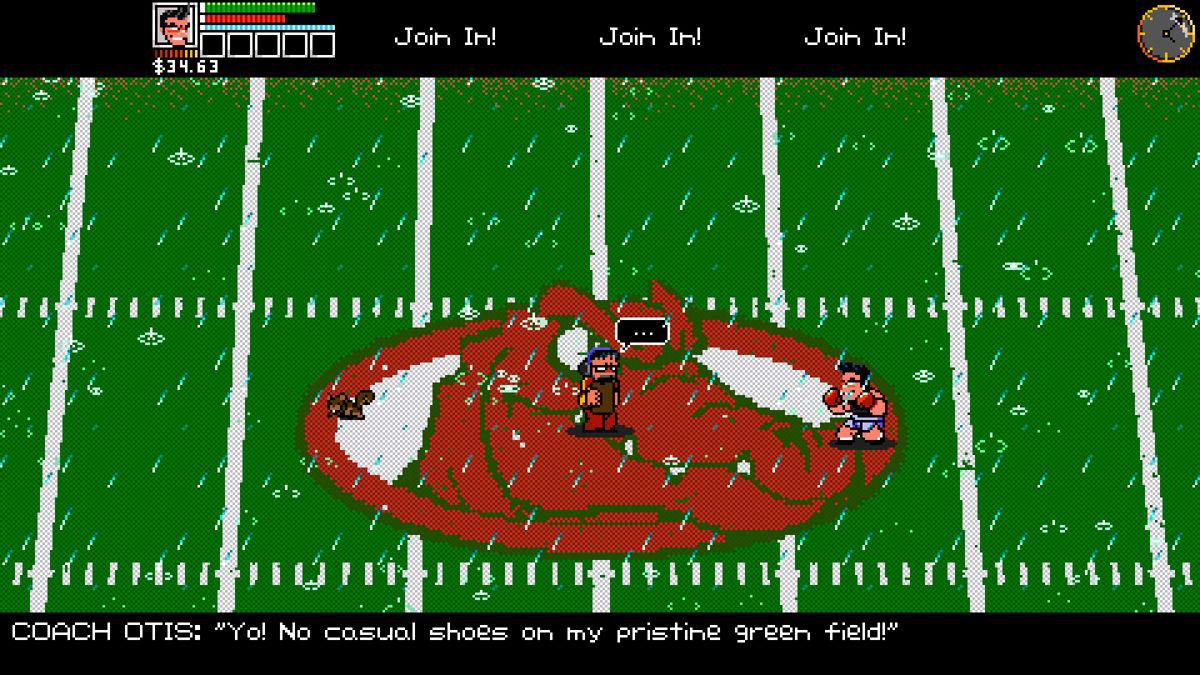 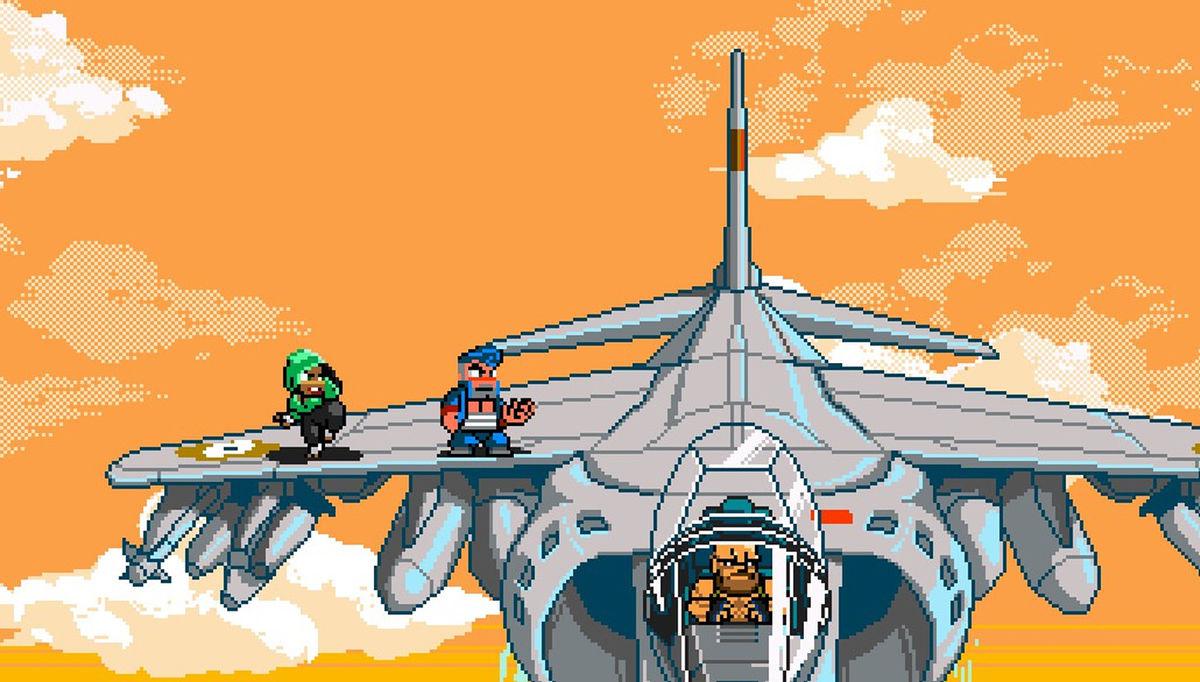 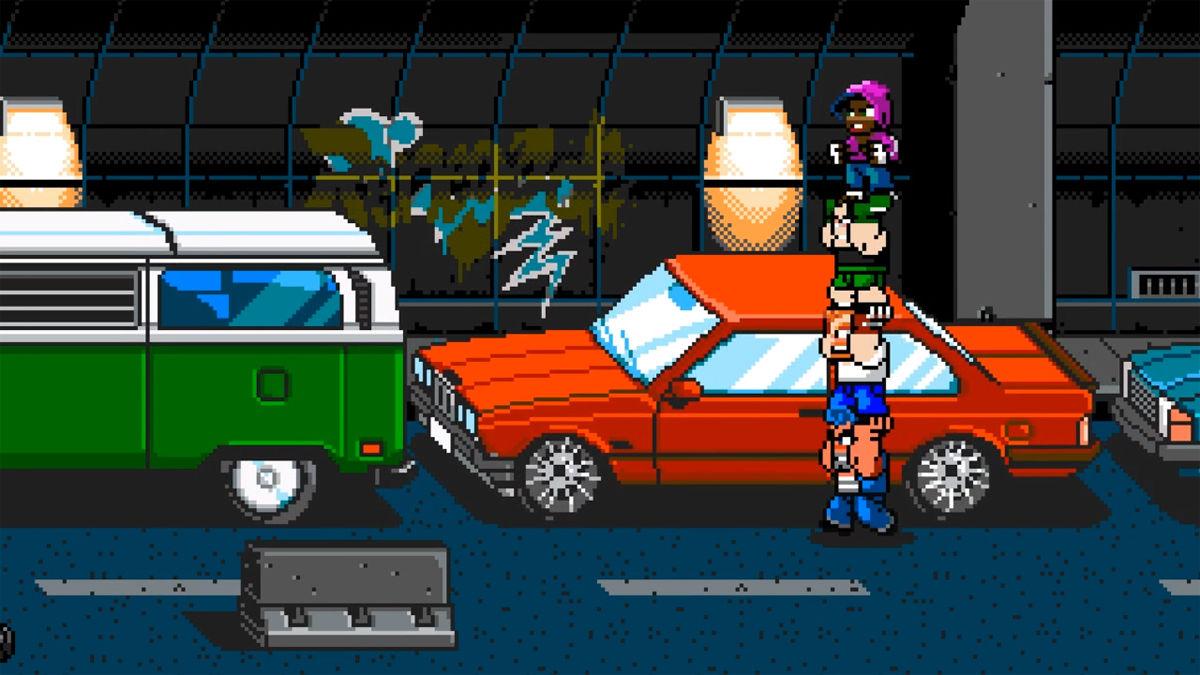 “River City Ransom” revolutionized the standard beat-’em up. Similar to “Double Dragon” in many respects, “River City Ransom” took the genre to the next level by adding role-playing elements, which required players to save money, buy new techniques and work together to beat the game. As a penalty for dying (which early on happened frequently), gamers would lose half the money they had collected. That might not seem so brutal at first, but I remember my brother and I doubling up on cash before we dared to venture into the book store. The game became vastly easier once skills like Dragon Feet, Stone Hands and Grand Slam were mastered. The two protagonists, Alex and Ryan, still packed a full arsenal of moves as they set out to rescue Ryan’s girlfriend from the high school thug, Slick. Punches, kicks, throws and a load of weapons were available to use to take out rival gangs and mini bosses. Hilariously, in addition to attacking enemies knocked down, you could also pick them up and use them as weapons themselves. Awkward as it was, using a stunned foe to smack another in the face never got old.

However, despite the popularity of “River City Ransom,” the franchise seemed to fade into obscurity. A mostly forgettable sequel appeared in Japan, and a couple of ports have been released on other systems. But, for the most part, a true, respectable, honorable sequel never hit the market.

What started out as a crowd-funding project by Canadian developer, Conatus Creative, transformed into a project where the group actually earned the rights to the series. With that, despite a very long wait, this small team of developers have given fans a proper sequel they will play for hours on end.

“River City Ransom” obtained iconic status because of its cooperative game structure. Sure, Alex or Ryan could go it alone, but battling with a buddy made the trek much easier and much more rewarding. In Conatus Creative’s sequel, “River City Ransom: Underground,” you can also go it alone, or bring three more friends to fight with you.

Its obvious “Underground” has co-op in mind when designing the game. After finishing the prologue, hordes of enemies pummel your underpowered character unmercifully. Life in the early part of the game is relentlessly unforgiving. Early on, players learn the benefits of shopping – most food and items will raise stats since you can train at dojos to get new skills and saunas to boost life and maximum health – and it’s clear the game expects a structured grind. However, I never felt as though grinding became a chore. If anything I spent time with each character – I still do – experimenting with each to figure out their playstyle and new abilities.

The prologue clearly sets up the universe: it’s basically just a rehash of the final few fights in the original “River City Ransom.” However, Alex and Ryan are ultra-powered, have maximum stats and all their moves unlock in the game. Giving players access to these mega-buffed versions of the original protagonists grants them a taste of the full potential of the new characters who will eventually enter the field.

After a quick time jump, gamers are forced to choose from one of the new protagonists each with a new fighting style. For instance, my first pick, Bruno is touted as a jumpy, high flying luchador who favors more throwing than the classical fireball-chunking, flaming uppercut throwing Glen. Other characters include: wrestler Rudy, breakdancer Provie, boxer Paul, grappler Mike and secret characters Wes and Chris. Although I’ve played as all of them, Provie, Paul and Glen seem to be top tier compared to the others. Of course, this might be due to the fact that I haven’t unlocked all the skills yet, but I notice I tend to live longer with these three. Eventually, Alex and Ryan (with old timey man beards) rejoin the fight and while Alex’s playstyle is remarkably different, Ryan’s classic move set has seen a few changes as well. Overall, I enjoy playing as all the characters but Rudy. I continue to have a hard time with. As Rudy, I might kill an enemy or two before I’m back at the respawn station. It’s incredibly frustrating.

“Underground” has adopted the same art style as the original, but uses today’s standards as far as animations and frame data go. I’m no expert, but every animation is fluid and fun to watch. It’s not just a cut and paste of the original game because developers took time to redraw and recreate every aspect of the game. Similar, but strong sound effects emphasize super moves in addition to well-drawn animation that makes pulling the moves off more rewarding. Familiar physical locations from the original game appear throughout, but with slight differences. For instance, though 20 years later, a story mission requires gamers to return to the old River City High School, signs celebrating the move to a new school are still strung throughout the school as you battle your way through the thugs who now use it as a hangout.

“Underground” has a story, and while it’s nothing to write home about, it does push the game forward. I constantly wanted to figure out where to go next and what exactly I was supposed to do. That can sometimes be a weakness in a game because when things aren’t explained well, you may spend many hours just running around clueless. There are also some really strange quests that infuriate gamers at key moments in the game. For instance, one mission required you to transport an extremely fragile bottle of milk through a forest filled with bad guys. Although developers patched the milk bottle where it’s not so breakable, it did take me a few times of strategically putting the bottle on the ground, far away from a group of punks, clearing the area of threats, then picking up the bottle and running to the next screen. Other annoying quests include chasing bosses through a series of screens with no explanation about what to do and a final boss battle that will make you throw your controller out of frustration.

Despite that, the game is extremely fun and addicting to play. I’ve invested plenty of hours into it and expect to invest several more. Unfortunately, the game is not available on consoles, but you can buy it on Steam for $20.

That’s Entertainment is a leisure commentary that solely reflects the opinions and views of the author and in no way represents direct or implied endorsement of any commercial product, entity or idea by Fort Hood Sentinel, III Corps and Fort Hood Public Affairs or the U.S. Army.