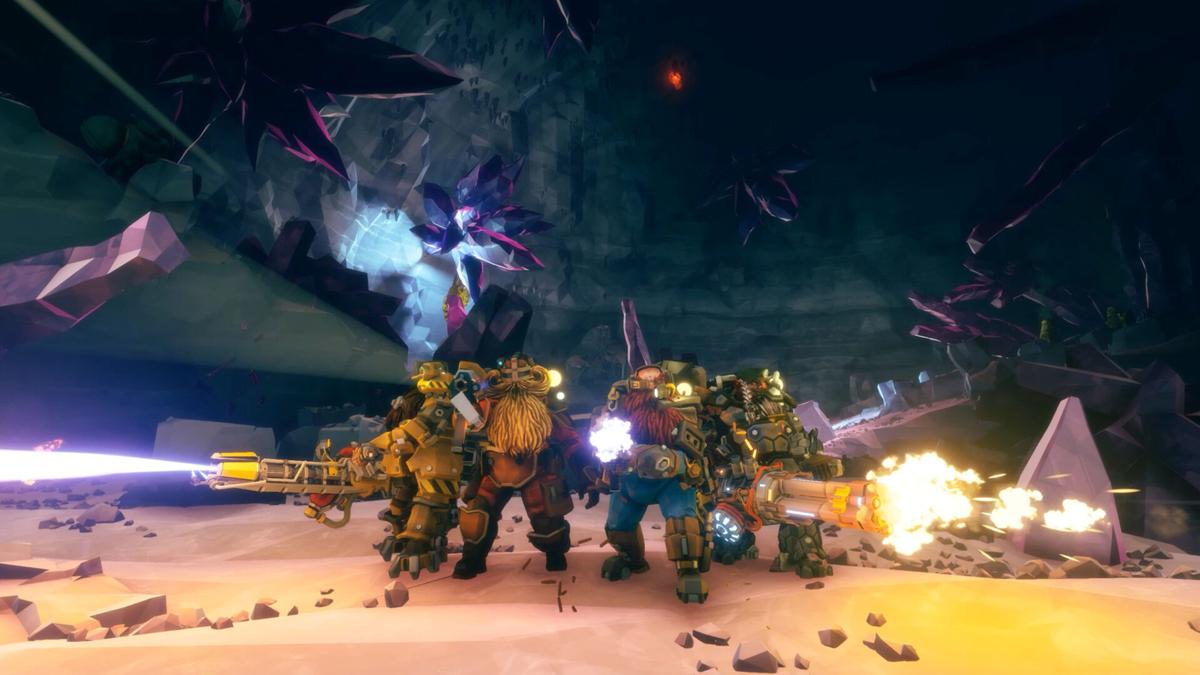 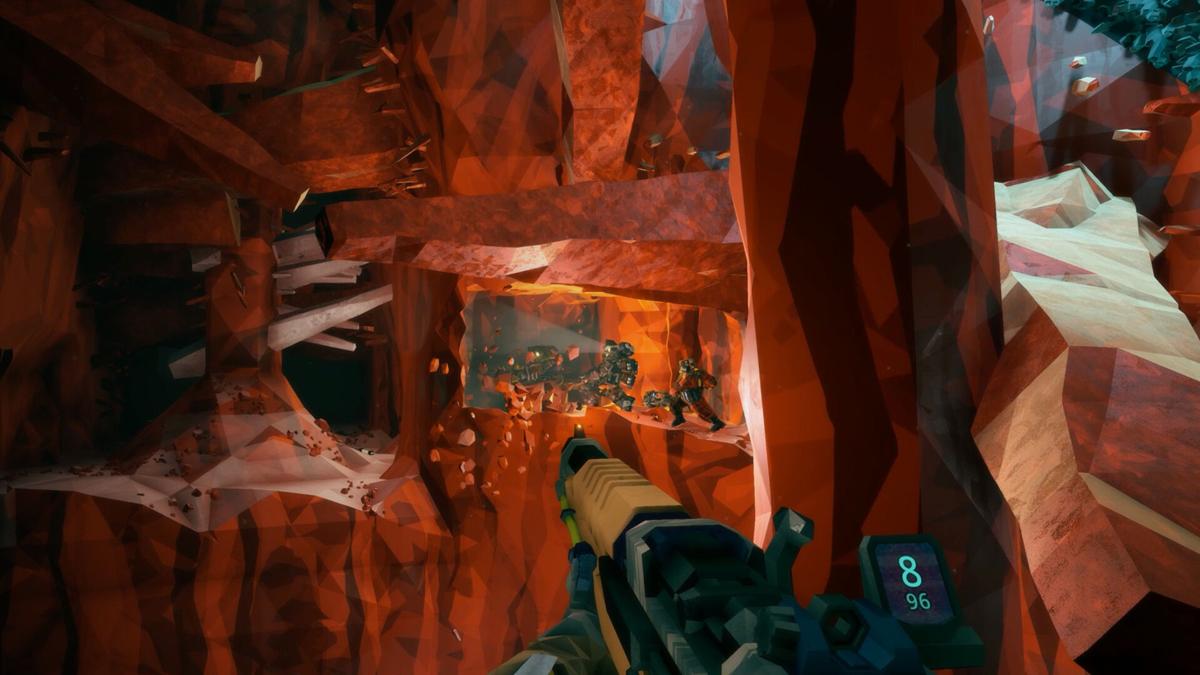 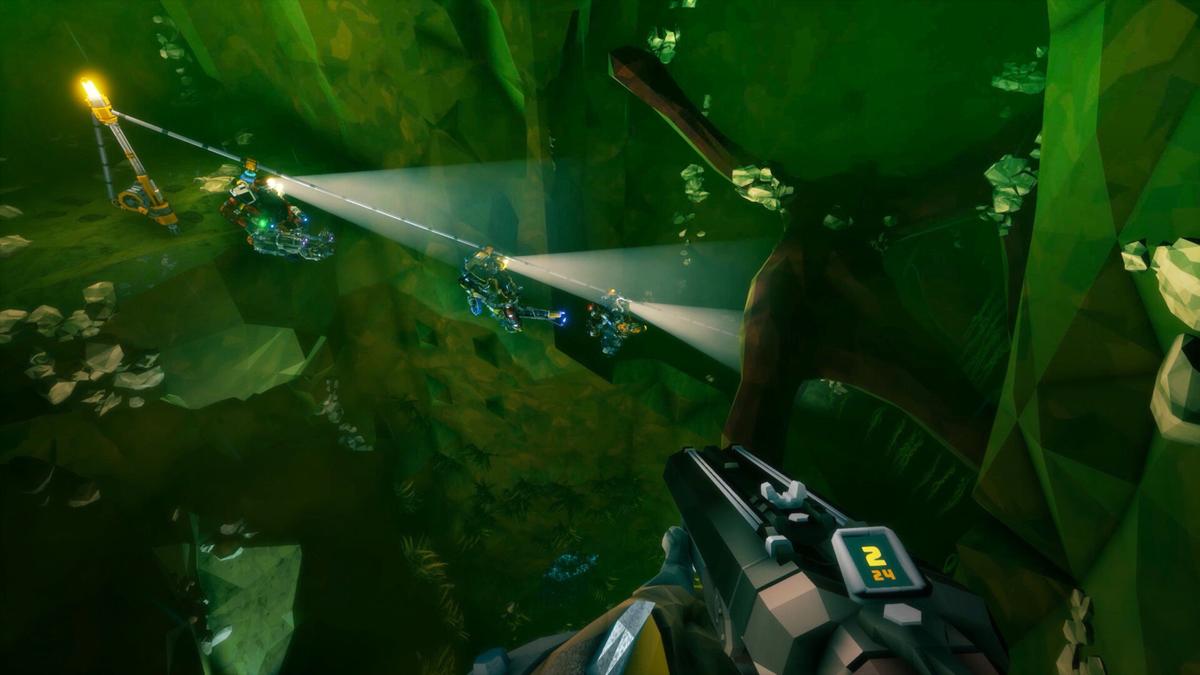 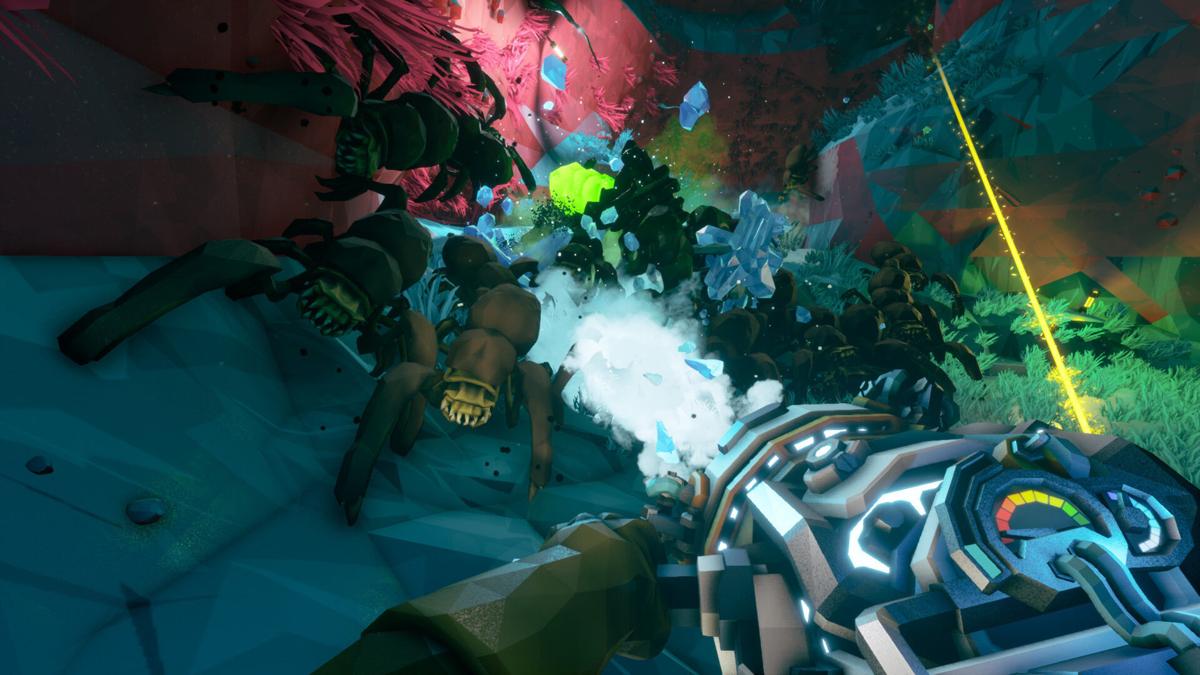 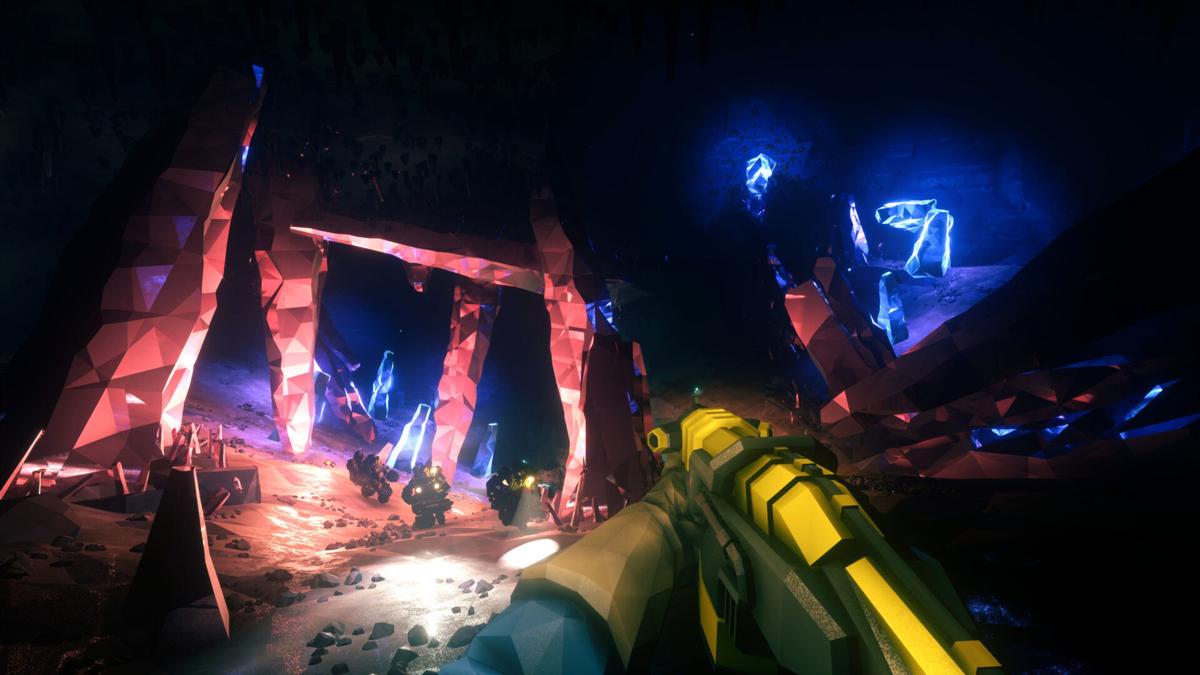 “Deep Rock Galactic,” one of the more obscure games currently available on Xbox One and PC, places you in the boots of a dwarven space miner (beard, stubbornness and all) as you and up to three others excavate rock and stone below. Quests vary, but ultimately, the goal remains: hunt for ore and materials, fight off swarms of bugs and monsters, and survive. Whether the mission calls for collecting eggs or killing raid bosses, the troupe must work together to survive.

In addition to breaking off shiny stones and rare minerals, the space miners also have to manage keeping the caves lit and traversing around before and after rock modification. Each dwarf wields a pick axe for chipping away rock and a set of recharging light sticks. Within a few seconds, gamers learn two things: mines are dark and light only lasts for so long. Despite skipping the tutorial by accident, I quickly found that chunking out a few glow sticks really help clear the way visually for me and my squad.

Furthermore, space dwarves specialize in four classes: diggers, engineers, gunners and scouts. Each role comes equipped with their own brand of weaponry and special skill, which makes each play remarkably different. For instance, the engineer can throw out a turret to distract and annihilate enemies, but also use a special gun to create platforms for him and his friends to step, jump or climb over. Conversely, the digger fries hordes with his flamethrower and can use reinforced power drills to plough through stone and create new paths or uncover new areas quickly.

I spent most of my time with the driller because I found him the easiest to understand right out the gate. And, you know, that flame thrower was thrilling.

The longer you spend underground the more dangerous mining becomes because swarms and enemies grow in size and aggression. After the dwarves collect or defeat everything needed, the miners have a few minutes to make it to an escape pod. It’s here when the game can become quite hectic. A mad dash ensues, filled with swarms of adversaries converging on the crew. At times, a friendly dwarf may fall and deciding to save him or leave him becomes one of the harder choices. Sure, you always look to save the crew, but sometimes you just can’t get to them and you don’t want the entire mission to fail.

Successful missions lead to more loot and resources which you can use to upgrade your dwarven abilities, gear and, of course, cosmetic looks. The whole system seems a little too grindy for me, trips to the dark don’t often lead to immediate unlocks and progression walls and level caps limit what improvements you can make. Fortunately though, most of the cosmetic stuff costs very little. So, naturally, all my characters don extremely long, epic beards now. Armor sets, goggles, hats and an assortment of other items don’t drain the wallet too much so finishing missions seems to yield at least some rewards.

At every turn, dwarves make no reservations about how they feel. They yammer on and on, whether that’s giving thanks for a fellow party member buying a round at the bar, dancing by the jukebox or their fondness of not being set on fire (hey, it happens). Often in the caves, you will hear one dwarf throw out a “Rock and Stone!”. Then, the rest of the party follows in step with a “Rock and Stone!” of their own.

I only ran into a few problems when my connection dropped. However, I blame the nocturnal nature of my Internet provider as it shuts down at the same time every night for that one. But I never consistently have seen any major issues or glitches while playing.

Overall, “Deep Rock Galactic” feels like an undiscovered gem. Players will easily notice the gleam from the stellar gameplay and experience, but you have to dig a little to fully enjoy the dwarven space miner life style.