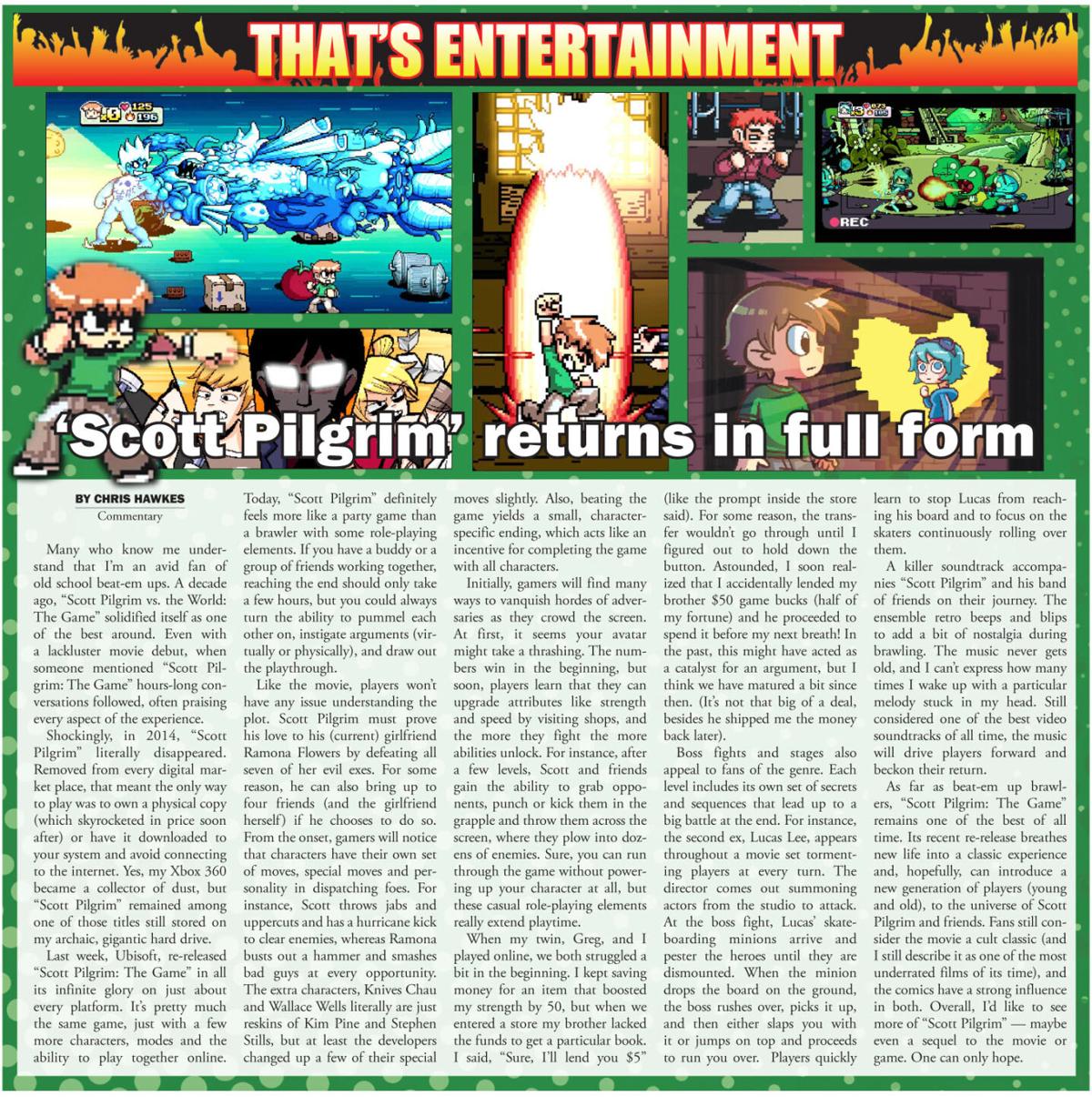 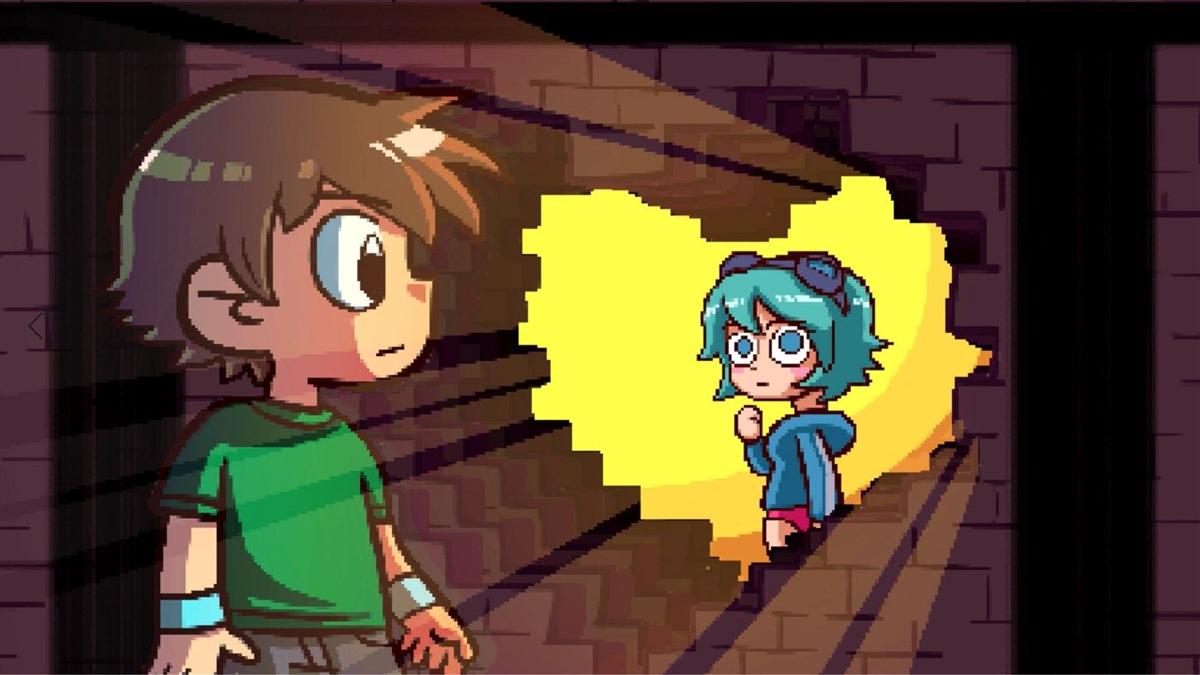 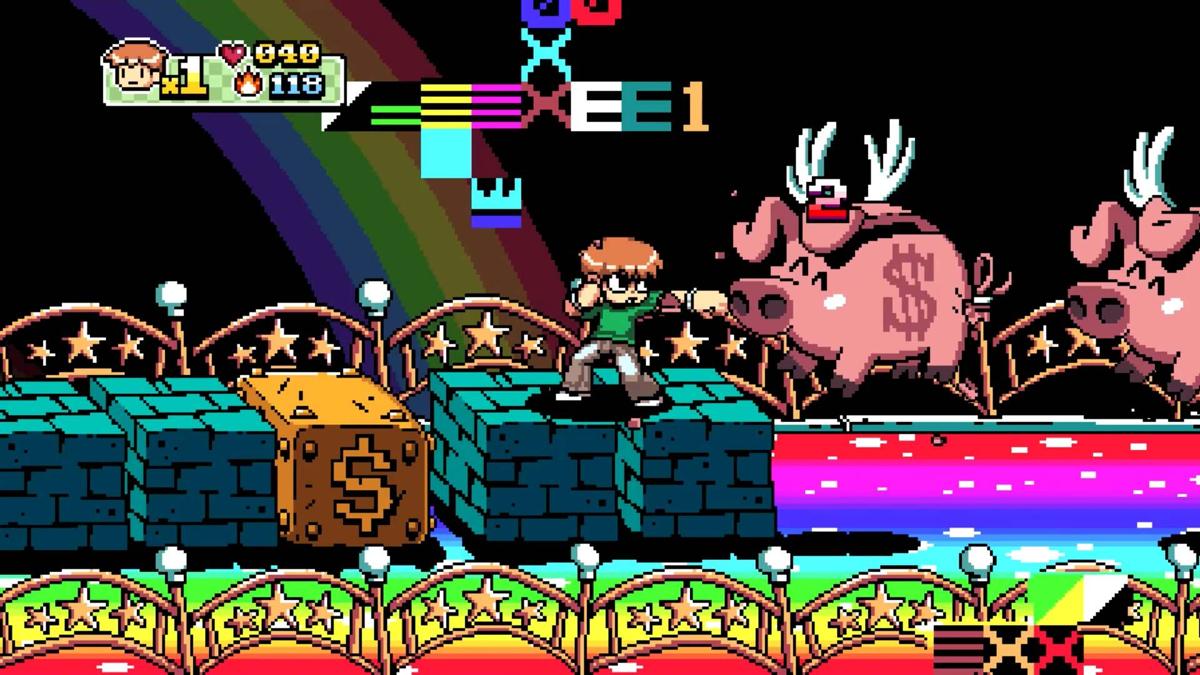 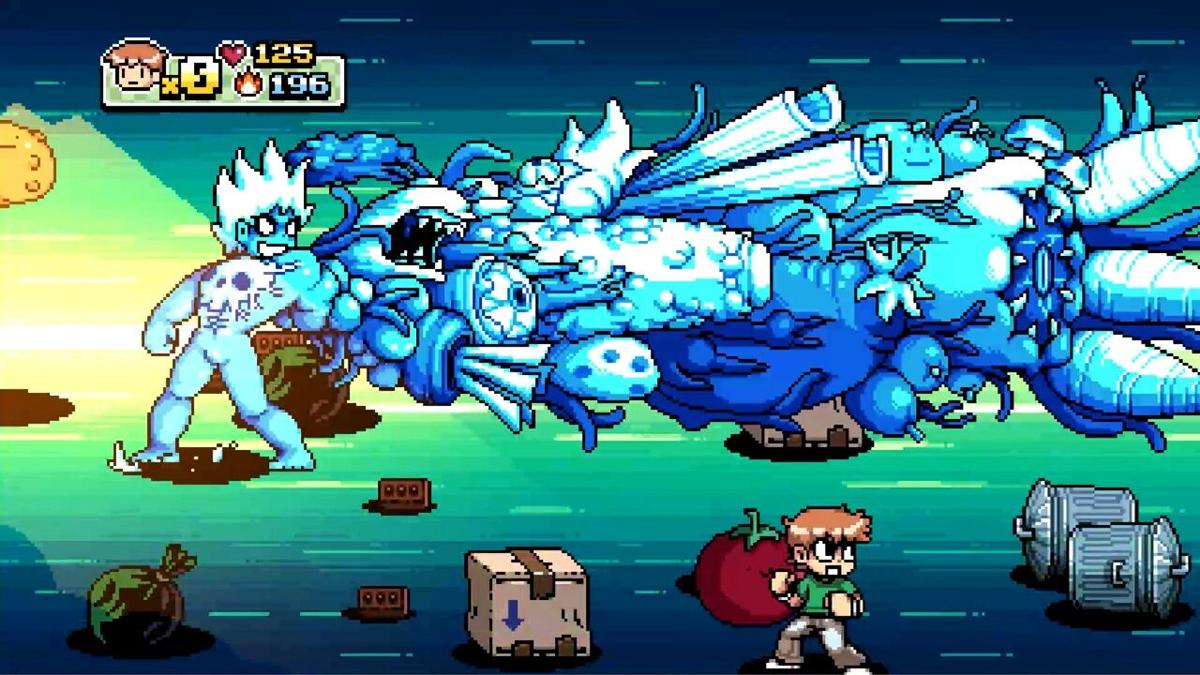 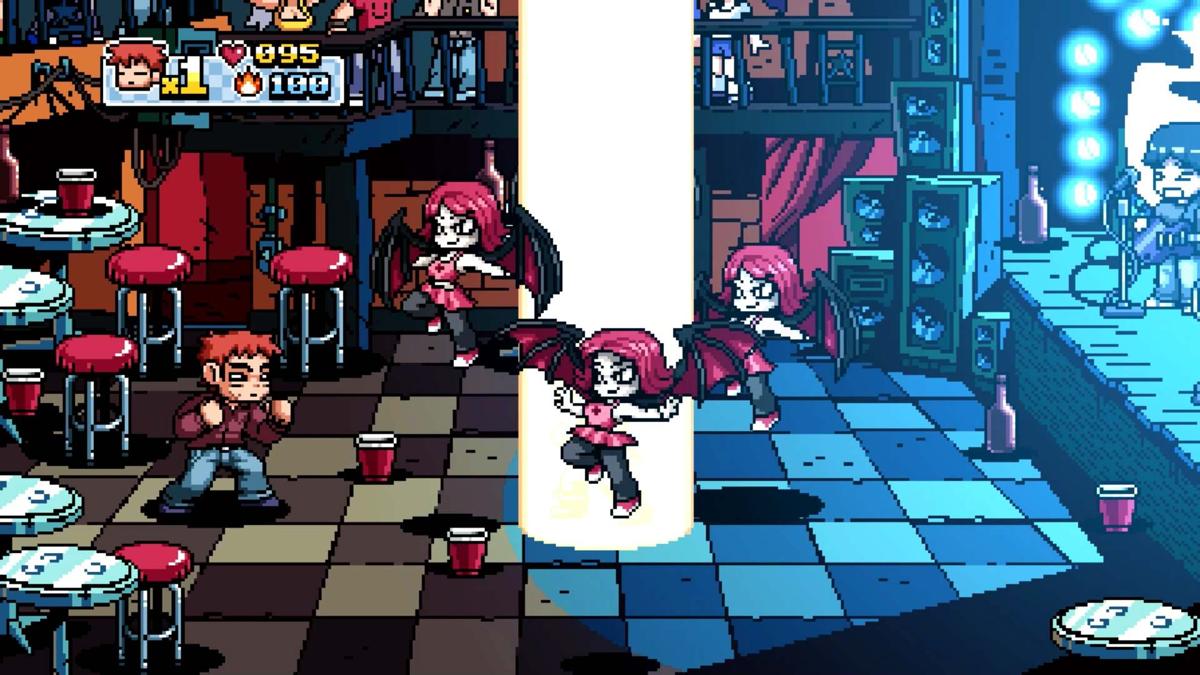 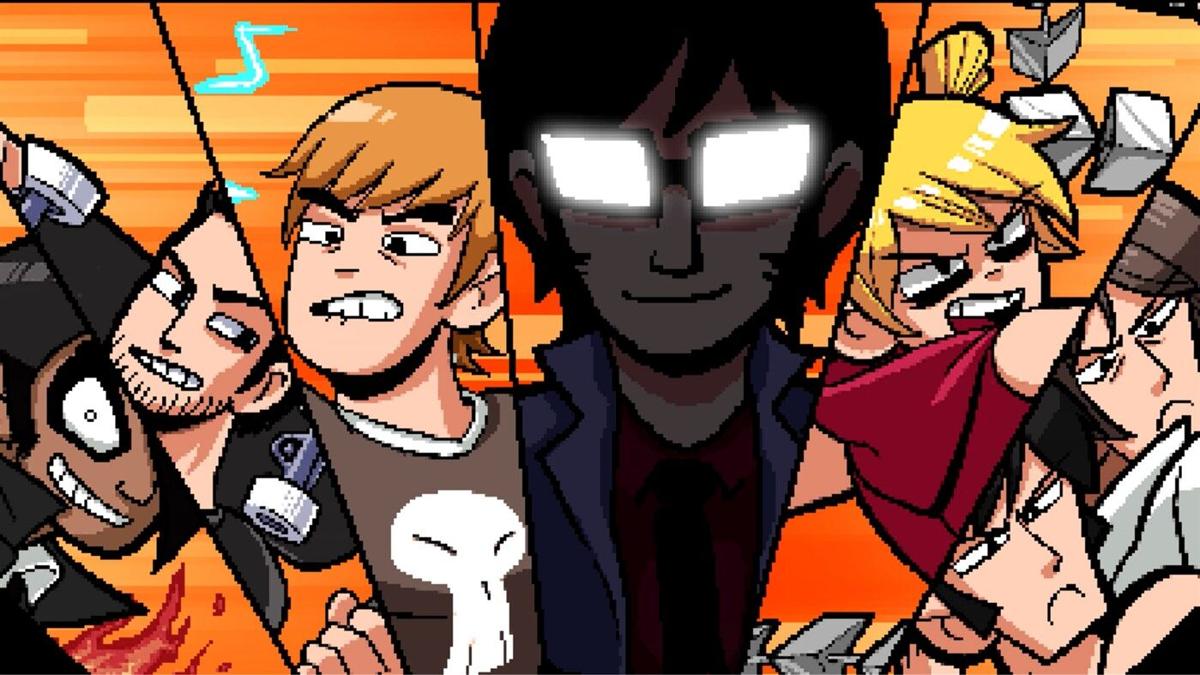 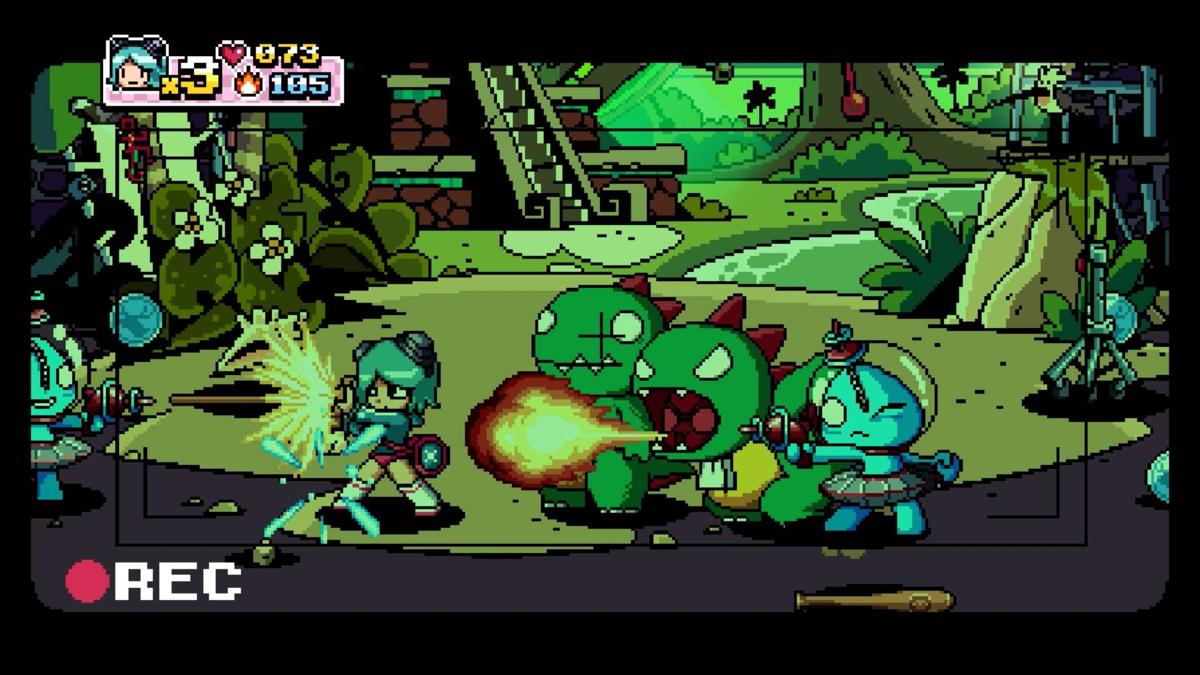 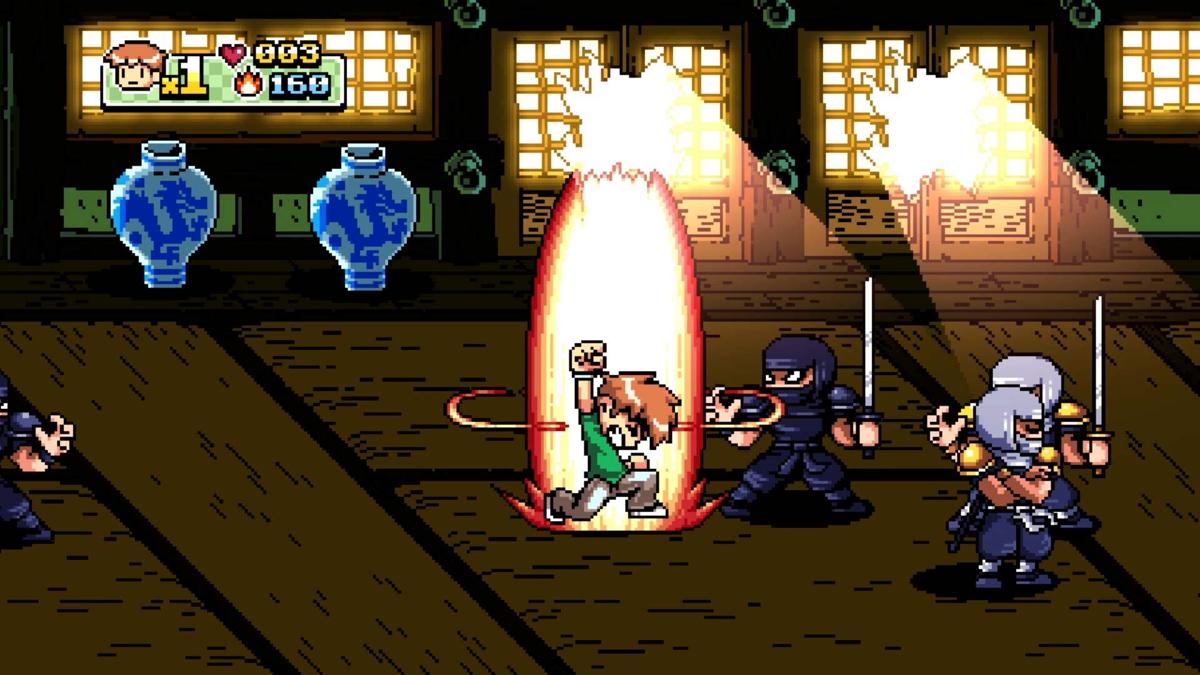 Many who know me understand that I’m an avid fan of old school beat-em ups. A decade ago, “Scott Pilgrim vs. the World: The Game” solidified itself as one of the best around. Even with a lackluster movie debut, when someone mentioned “Scott Pilgrim: The Game” hours-long conversations followed, often praising every aspect of the experience.

Shockingly, in 2014, “Scott Pilgrim” literally disappeared. Removed from every digital market place, that meant the only way to play was to own a physical copy (which skyrocketed in price soon after) or have it downloaded to your system and avoid connecting to the internet. Yes, my Xbox 360 became a collector of dust, but “Scott Pilgrim” remained among one of those titles still stored on my archaic, gigantic hard drive.

Last week, Ubisoft, re-released “Scott Pilgrim: The Game” in all its infinite glory on just about every platform. It’s pretty much the same game, just with a few more characters, modes and the ability to play together online. Today, “Scott Pilgrim” definitely feels more like a party game than a brawler with some role-playing elements. If you have a buddy or a group of friends working together, reaching the end should only take a few hours, but you could always turn the ability to pummel each other on, instigate arguments (virtually or physically), and draw out the playthrough.

Like the movie, players won’t have any issue understanding the plot. Scott Pilgrim must prove his love to his (current) girlfriend Ramona Flowers by defeating all seven of her evil exes. For some reason, he can also bring up to four friends (and the girlfriend herself) if he chooses to do so. From the onset, gamers will notice that characters have their own set of moves, special moves and personality in dispatching foes. For instance, Scott throws jabs and uppercuts and has a hurricane kick to clear enemies, whereas Ramona busts out a hammer and smashes bad guys at every opportunity. The extra characters, Knives Chau and Wallace Wells literally are just reskins of Kim Pine and Stephen Stills, but at least the developers changed up a few of their special moves slightly. Also, beating the game yields a small, character-specific ending, which acts like an incentive for completing the game with all characters.

Initially, gamers will find many ways to vanquish hordes of adversaries as they crowd the screen. At first, it seems your avatar might take a thrashing. The numbers win in the beginning, but soon, players learn that they can upgrade attributes like strength and speed by visiting shops, and the more they fight the more abilities unlock. For instance, after a few levels, Scott and friends gain the ability to grab opponents, punch or kick them in the grapple and throw them across the screen, where they plow into dozens of enemies. Sure, you can run through the game without powering up your character at all, but these casual role-playing elements really extend playtime.

When my twin, Greg, and I played online, we both struggled a bit in the beginning. I kept saving money for an item that boosted my strength by 50, but when we entered a store my brother lacked the funds to get a particular book. I said, “Sure, I’ll lend you $5” (like the prompt inside the store said). For some reason, the transfer wouldn’t go through until I figured out to hold down the button. Astounded, I soon realized that I accidentally lended my brother $50 game bucks (half of my fortune) and he proceeded to spend it before my next breath! In the past, this might have acted as a catalyst for an argument, but I think we have matured a bit since then. (It’s not that big of a deal, besides he shipped me the money back later).

Boss fights and stages also appeal to fans of the genre. Each level includes its own set of secrets and sequences that lead up to a big battle at the end. For instance, the second ex, Lucas Lee, appears throughout a movie set tormenting players at every turn. The director comes out summoning actors from the studio to attack. At the boss fight, Lucas’ skateboarding minions arrive and pester the heroes until they are dismounted. When the minion drops the board on the ground, the boss rushes over, picks it up, and then either slaps you with it or jumps on top and proceeds to run you over.  Players quickly learn to stop Lucas from reaching his board and to focus on the skaters continuously rolling over them.

A killer soundtrack accompanies “Scott Pilgrim” and his band of friends on their journey. The ensemble retro beeps and blips to add a bit of nostalgia during brawling. The music never gets old, and I can’t express how many times I wake up with a particular melody stuck in my head. Still considered one of the best video soundtracks of all time, the music will drive players forward and beckon their return.

As far as beat-em up brawlers, “Scott Pilgrim: The Game” remains one of the best of all time. Its recent re-release breathes new life into a classic experience and, hopefully, can introduce a new generation of players (young and old), to the universe of Scott Pilgrim and friends. Fans still consider the movie a cult classic (and I still describe it as one of the most underrated films of its time), and the comics have a strong influence in both. Overall, I’d like to see more of “Scott Pilgrim” — maybe even a sequel to the movie or game. One can only hope.