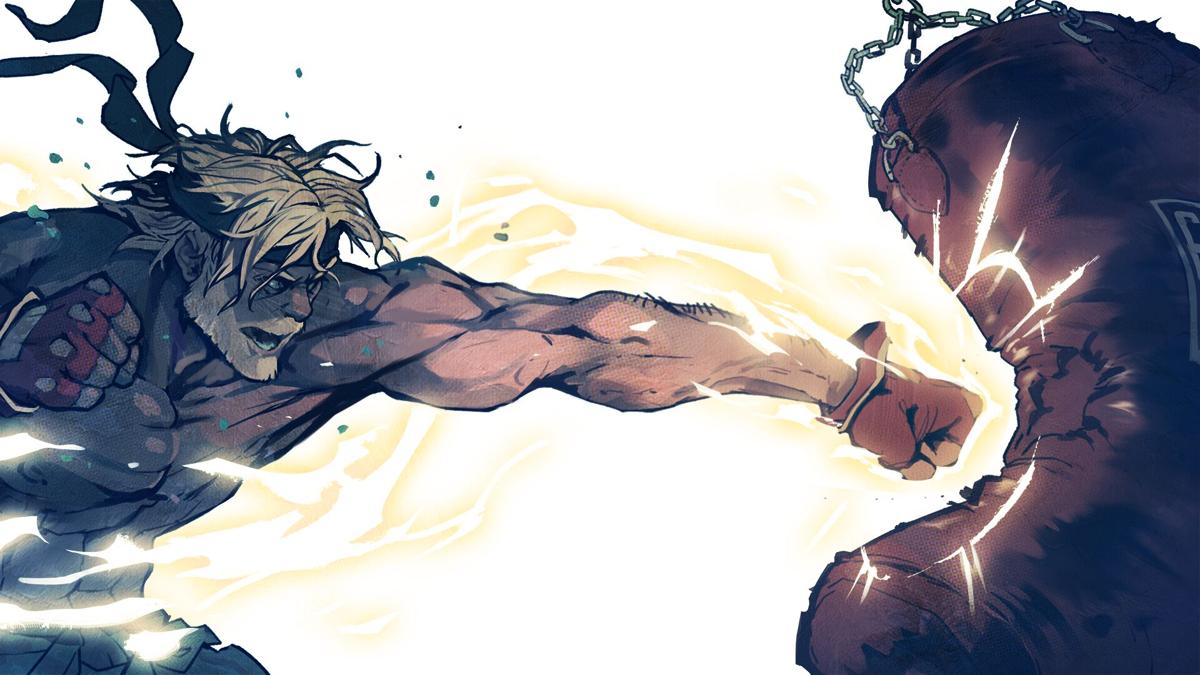 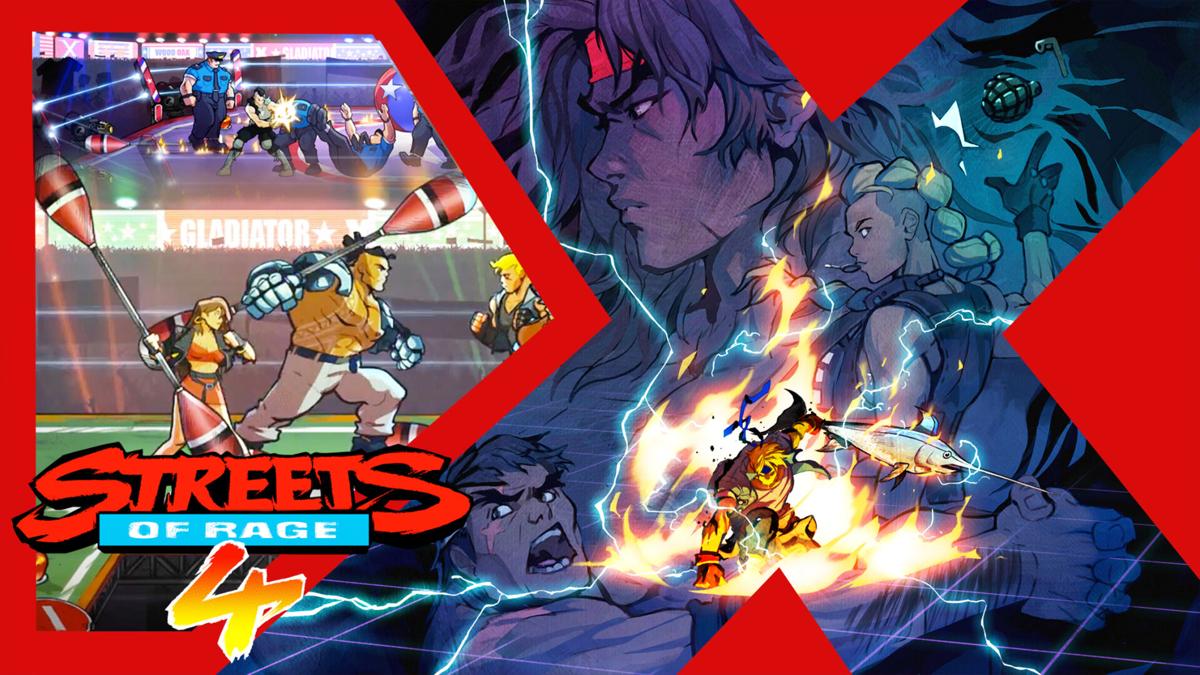 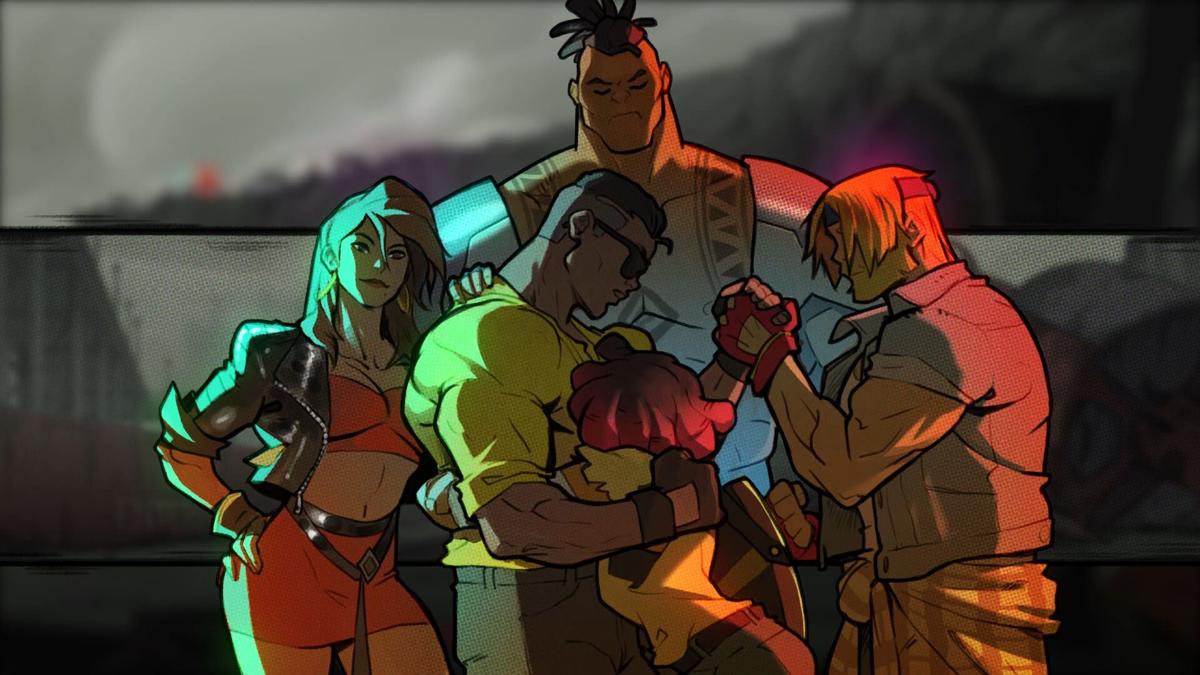 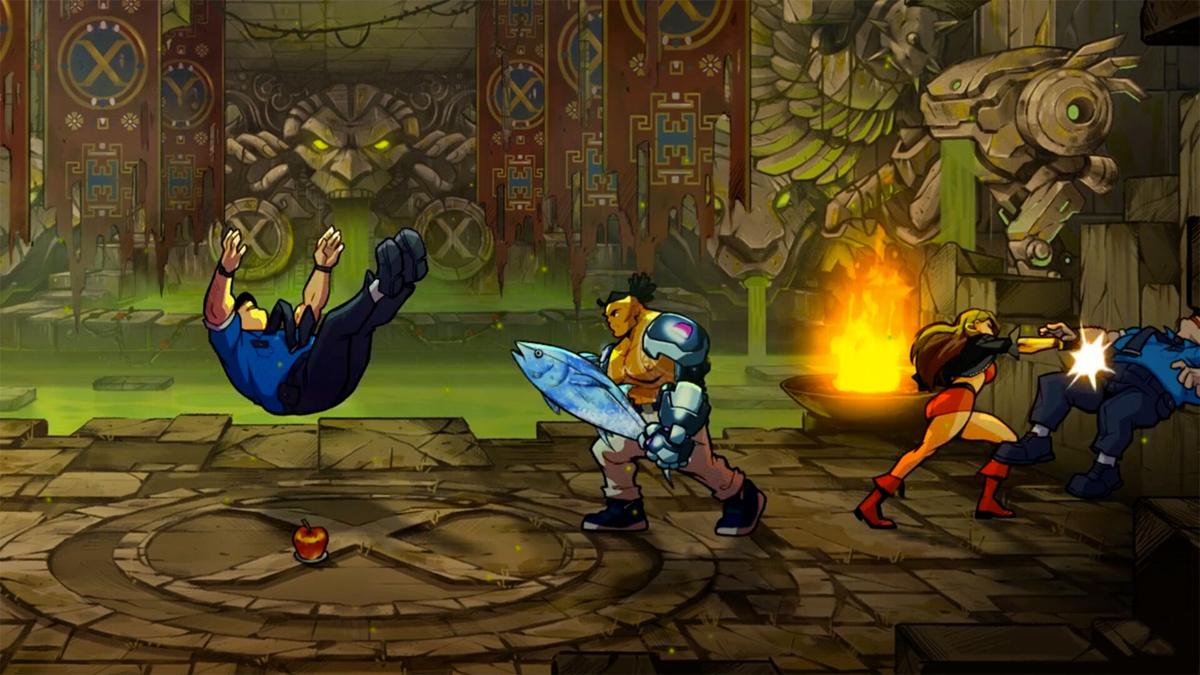 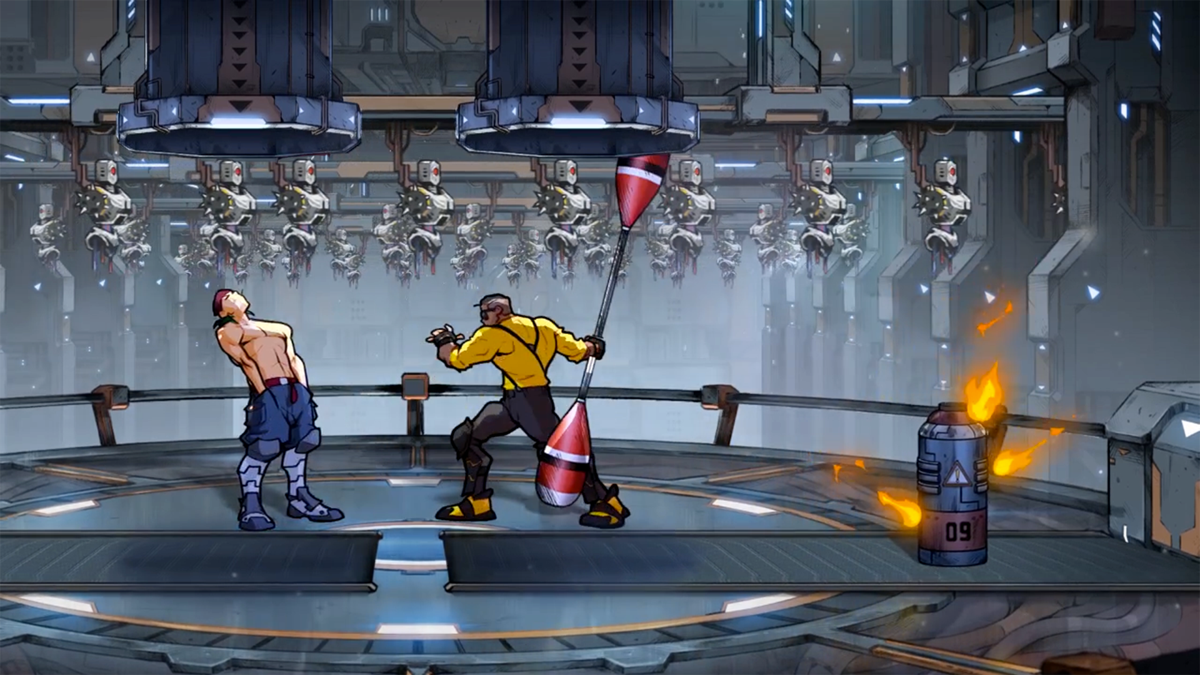 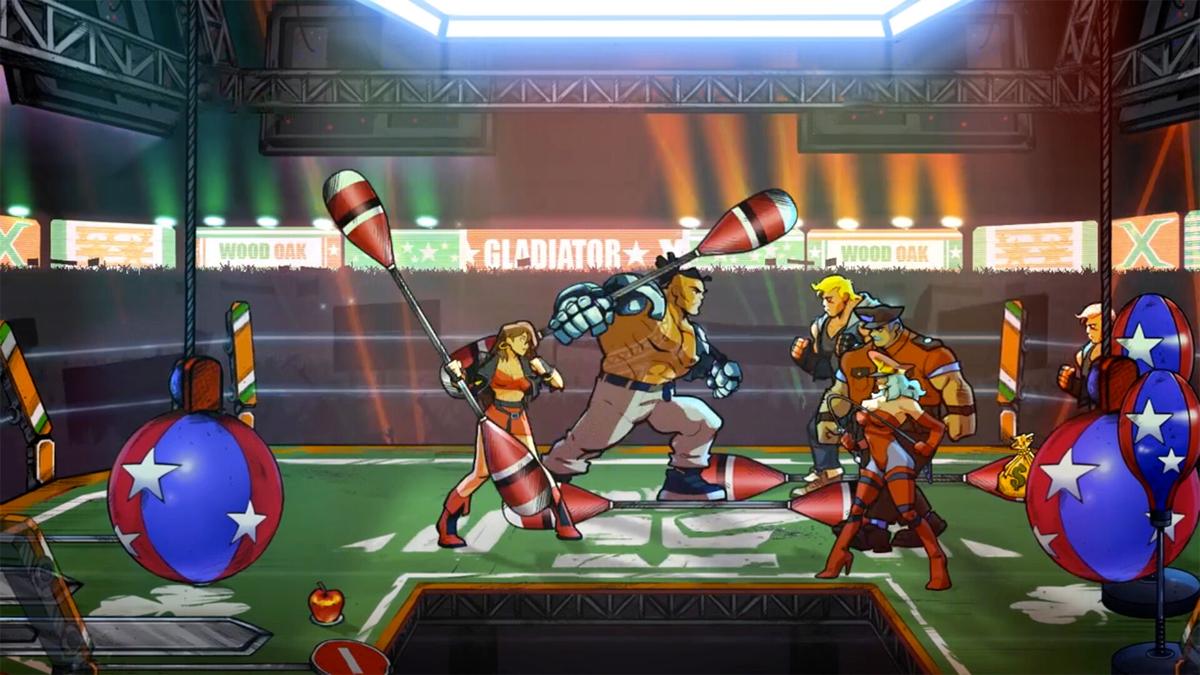 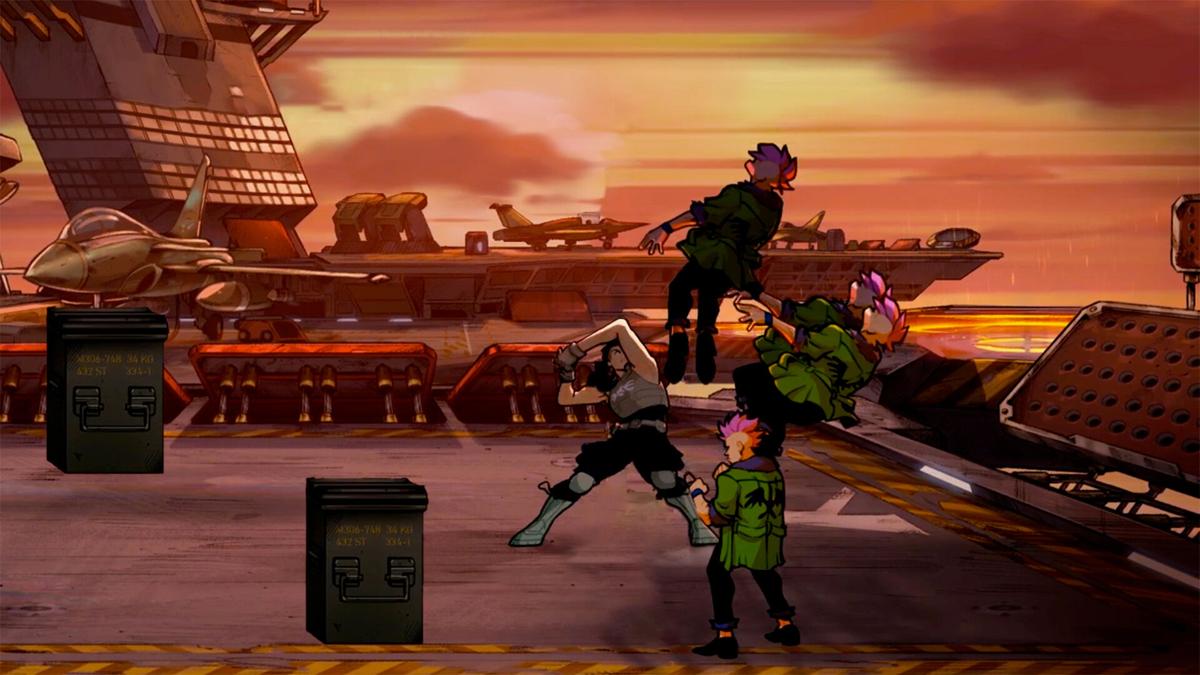 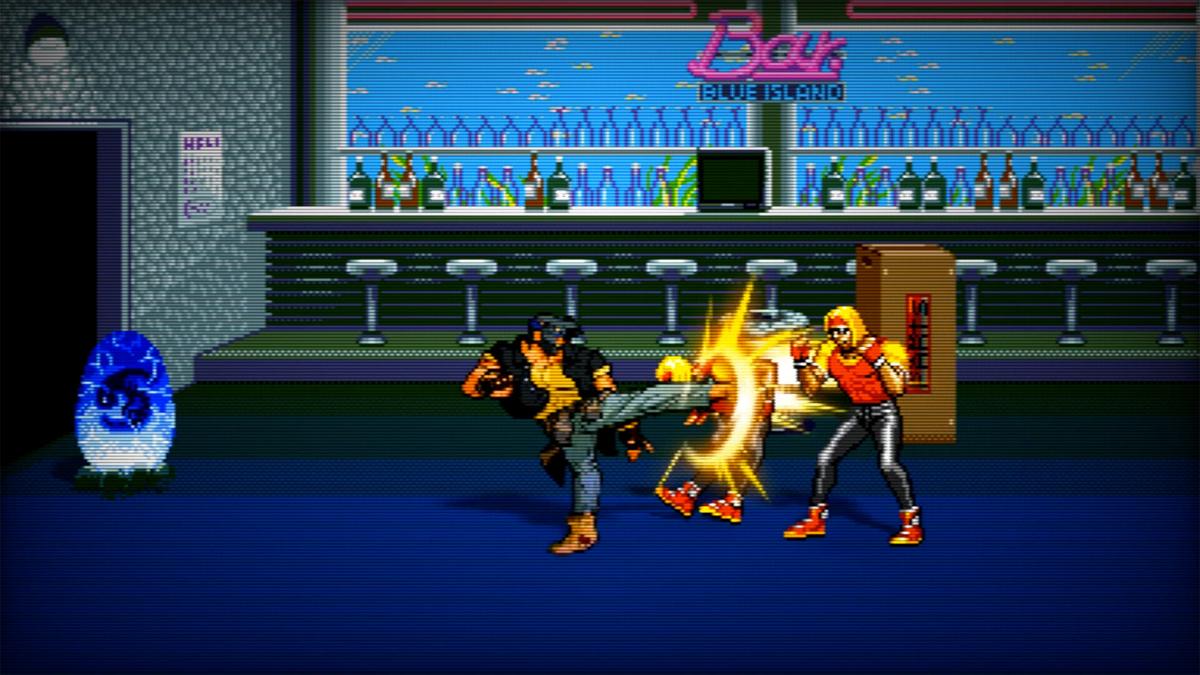 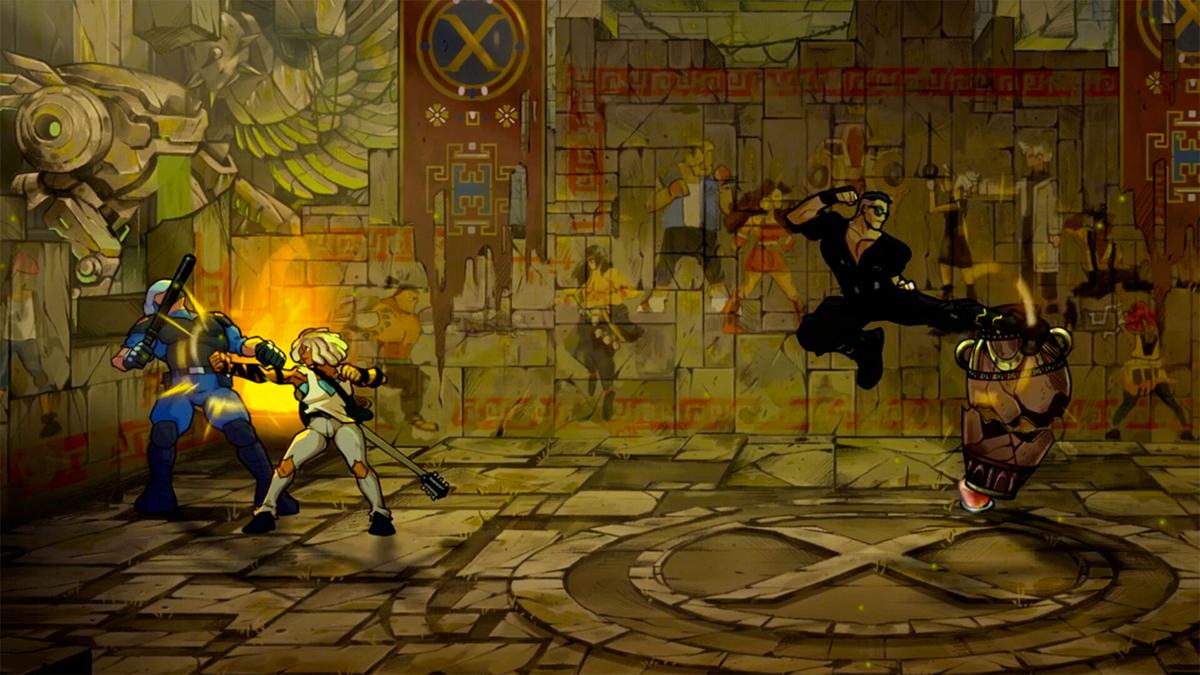 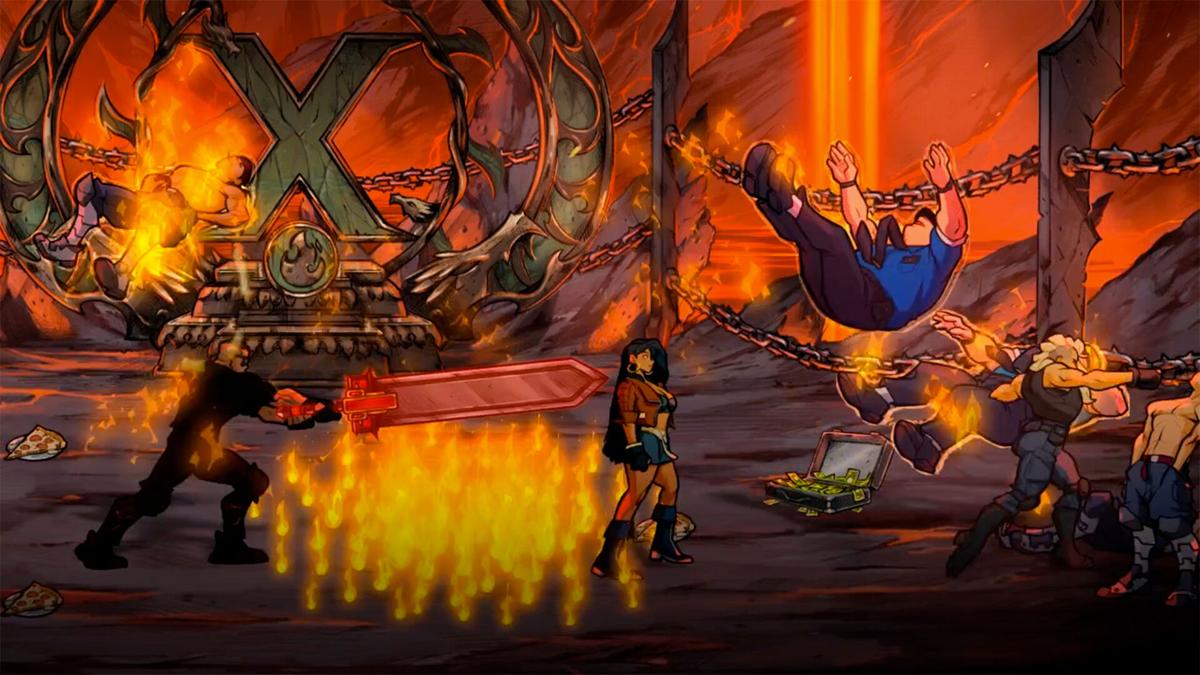 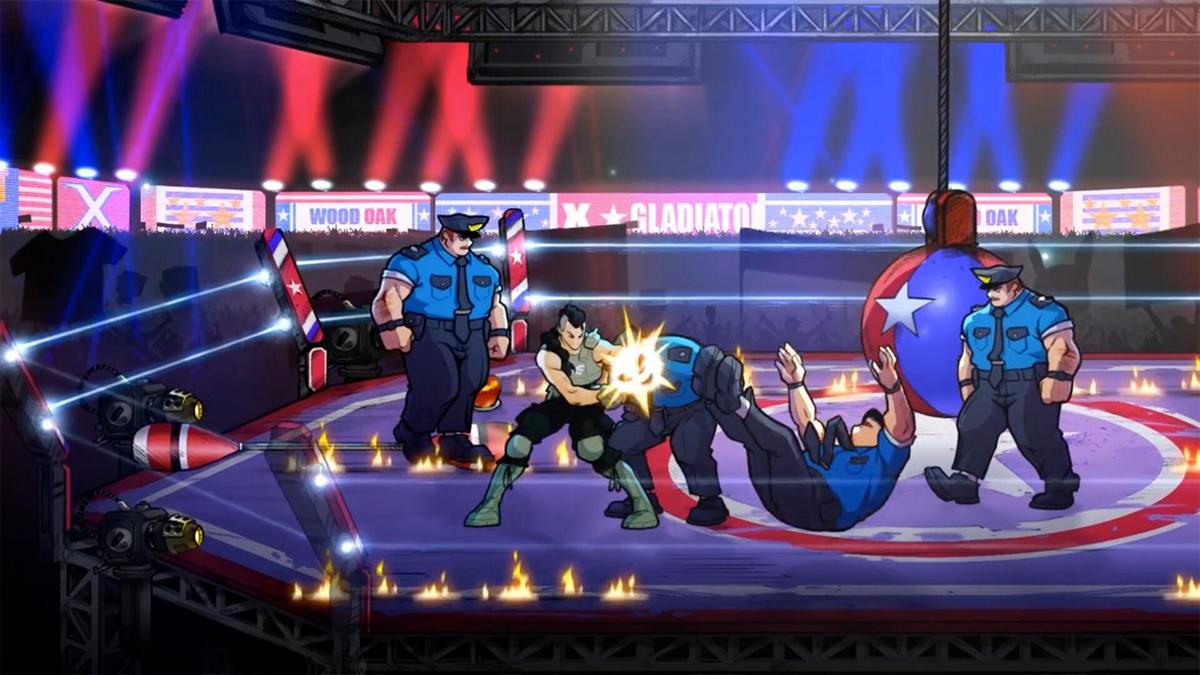 When I originally reviewed “Streets of Rage 4,” I described Sega’s beat-’em brawler as basic with not much to do after a few playthroughs. To me, other games addressed the genre much better, and I just had much more fun playing alternatives.

However, the latest game in the Streets of Rage series has just seen a major upgrade in “Mr. X’s Nightmare” DLC. The new downloadable content offers the chance to play three additional characters and a remarkable survival mode that adds a tough challenge in addition to some new rogue-lite elements.

The expansion offers gamers a chance to play as three additional characters. Veterans of the franchise, Shiva and Max Thunder, make their return to the roster accompanied by newcomer, Estel Aguirre, who actually appears as a boss in the story mode. Sure, I spent much more time with the entire cast (more on that later), but Shiva quickly become my favorite because of his multi-hit attacks and ninja, shadow magic. For some reason, Shiva refused to use weapons in the traditional manner. Instead, he’d flip the pipe or bat into the air with his foot, then kick it into anyone daft enough to wander in the way. I witnessed this a few more times with some of the retro brawlers, but this attribute seems exclusive to Shiva from the main roster.

Max Thunder, on the other hand, just ends up feeling sluggish and lumbering to me. I expected to see this wrestler with a large arsenal of cool looking throws, but I discovered he merely just chucks people to the ground. To make matters worse, his sloth-like attacks, while powerful, just don’t seem to excel at keeping large combo strings going.

However, Estel, like Shiva, has solidified herself at the top of the tier list. Not only does she fly across the screen, colliding with dozens of foes, but I just found her really fun to play. Despite an underwhelming set of ultimate moves, I did put many hours into learning this character, especially in the new mode, Survival.

Before “Hades,” I never showed any form in interest in rogue-lites. But like that game, “Streets Of Rage 4’s” new survival mode latched its talons into me and I’ve stayed hooked ever since. Essentially, players battle waves of enemies from a small arena or zone. Once the thugs are vanquished a portal opens to the next level. But hold up a minute, at the end of each stage, gamers must choose between two or three buffs that mostly help, but sometimes impact the playthrough negatively. For example, during one run instead of picking up the boost that would add fire or poison damage to all of my blitz attacks, I accidentally chose the icon that allowed me to deal 100% more damage but made me take 100% more damage. My run ended prematurely right after that mistake. If anything, these rewards change the way you play the game. At one point, I had poison, fire and electric damage all stacking on my special and dash attacks and felt pretty invincible until an entourage of final boss characters annihilated me. Waves of enemies feel pretty random, because I never felt like I beat up the exact same dudes over and over again, and stages seemed dynamic. Sometimes a horde of bosses would ruin my day. The good guys themselves even showed up in certain levels. I obviously favor Shiva in a fight, but I have no interest in trying to go toe-to-toe with him in survival mode. He constantly destroyed me every chance he got and refused me to allow me to eat that pizza or fresh turkey off the ground to restore my health. However, a pair of Floyds, one of the main protagonists in the game, often wrecked me any time they showed up. Basically, for a long time I had hit a wall, and that wall was a pair of Floyds. Eventually, I managed to proceed beyond that impasse (by using as many cheesy tactics as possible), but I always had fun playing.

After you croak, more rewards wait you at the end of the onslaught. Depending on how many points you tallied, your character unlocks alternative moves, which can be assigned at the selection screen. For instance, Cherry Hunter jumps and smashes her Flying Knee into hooligans as her primary blitz attack. This dash attack gets a major upgrade though when players can pick Sliding Knee. As an alternative, Cherry runs and strums her guitar, then jumps into a rocker slide igniting the ground in her wake. Not only does the move impress with the visuals, it also feels more fun in the fray.

Naturally, after learning about all these secondary moves, I challenged myself to acquire as many as possible (and all of the moves from the main cast). Honestly, I enjoyed playing most of the characters, but Axel Stone, Max and Floyd don’t seem well-suited for this particular mode. I attribute this to the fact that these characters trade power for speed because lugging around a plethora of enemies can turn chaotic within seconds. Of course, I got lucky a few times and went directly for the speed boosts when I saw them, but I typically strayed away from this trio of sluggish of thunder foots.

Overall, this DLC has reinvigorated “Streets of Rage 4” and has bumped it to the top of my list of beat-’em up brawlers. The new mode adds much more utility and replay value to genre that’s lost a bit of its luster over the years. Remarkably, I’m still playing this game and have no intentions of stopping anytime soon.