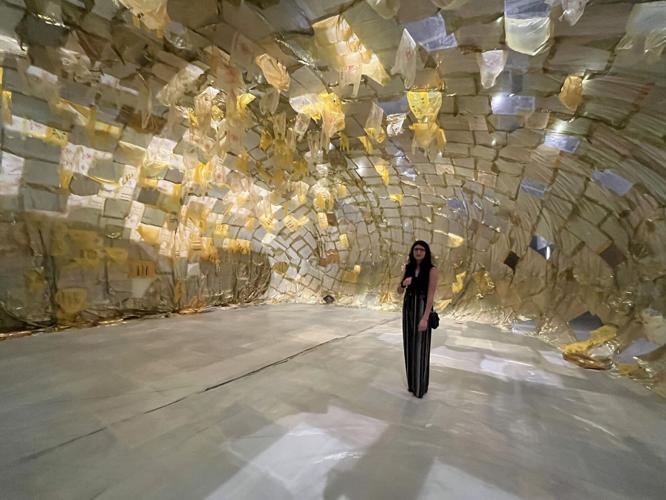 Jessica Rodriguez stands inside of art piece “Into the Breath” by Stefano Ogliari Badessi at Wonderspaces in Austin. 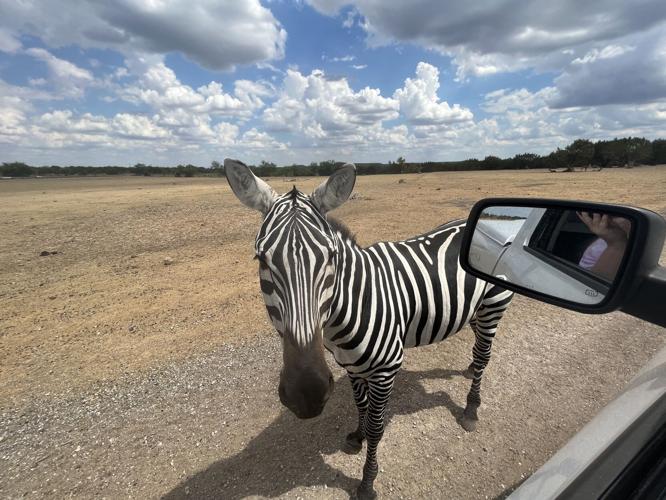 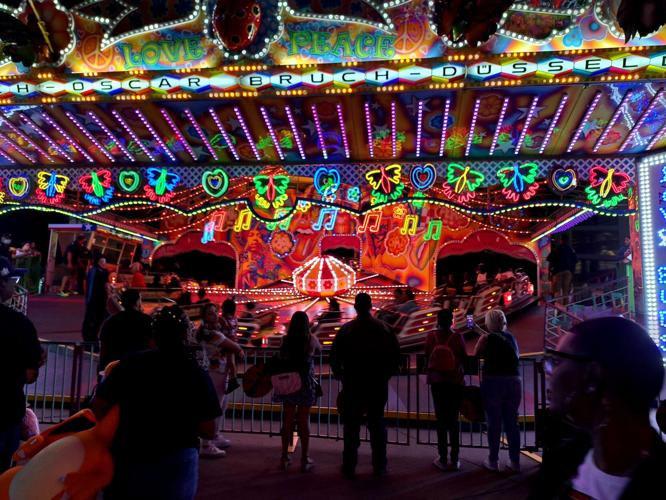 Patrons watch fairgoers as they go round and round on a ride at the Texas State Fair during opening weekend in Dallas. Janecze Wright enjoyed the festivities with her friends and hopes to return to the State Fair in the future. 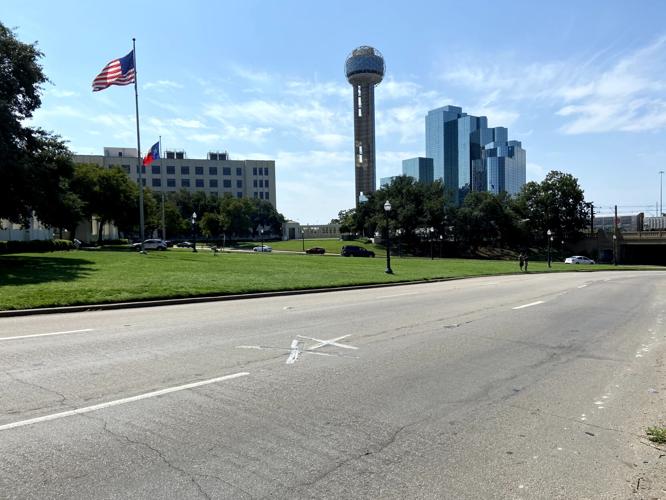 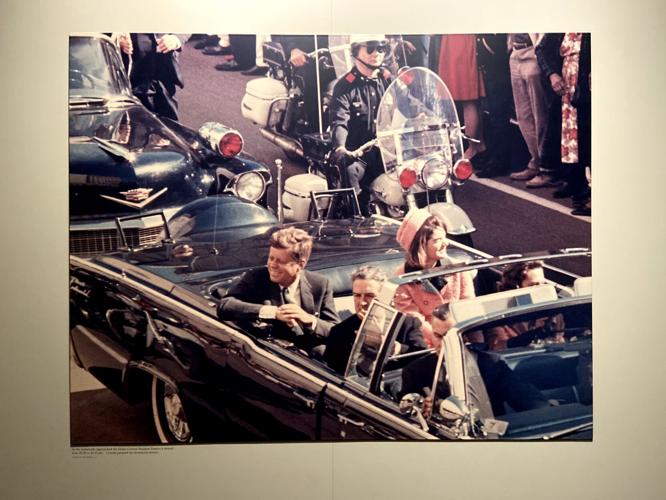 One of the many photos on display at the Sixth Floor Museum in Dallas shows President Kennedy and his wife riding the presidential motorcade. 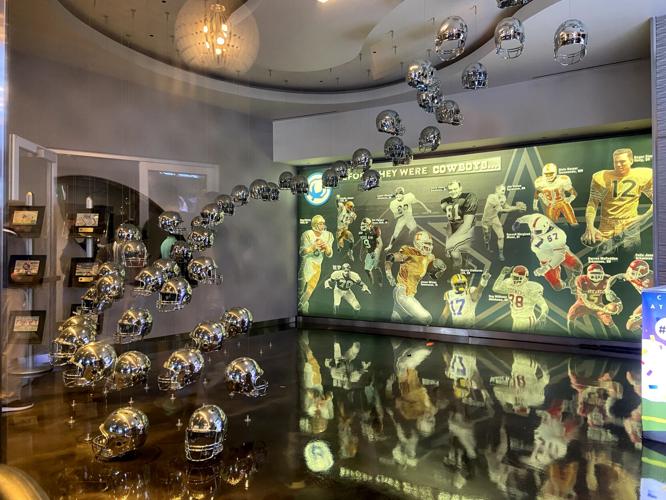 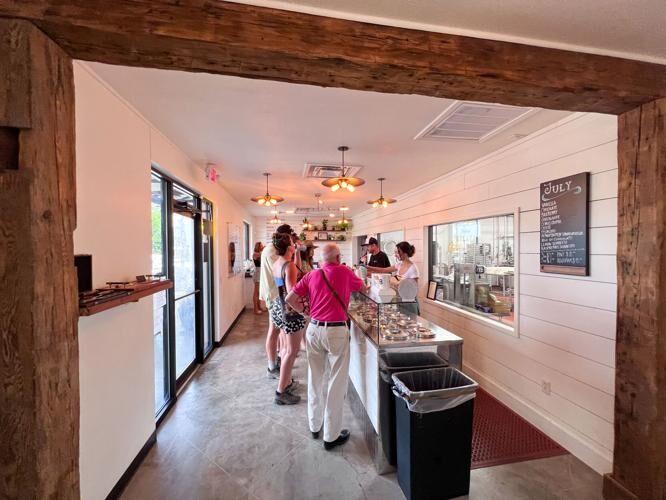 Jessica Rodriguez stands inside of art piece “Into the Breath” by Stefano Ogliari Badessi at Wonderspaces in Austin.

Patrons watch fairgoers as they go round and round on a ride at the Texas State Fair during opening weekend in Dallas. Janecze Wright enjoyed the festivities with her friends and hopes to return to the State Fair in the future.

One of the many photos on display at the Sixth Floor Museum in Dallas shows President Kennedy and his wife riding the presidential motorcade.

The Sentinel Staff took the opportunity in 2022 to visit all across Central Texas and shared those exciting experiences with our readers.

This modern art exhibit in Austin allows visitors to truly immerse themselves in the artwork. In fact, to fully experience some of the pieces, you have to either walk through them or contribute to them in some way.

“Into the Breath” by Stefano Ogliari Badessi is a large Chinese dragon crafted out of teabags. Visitors can actually walk inside of this creation and enjoy the tranquility of the space.

“The Last Word” by Illegal Art invites guests to write something that they’ve left unsaid on a piece of paper then roll it up and place it red-side out, alongside hundreds of other notes left by other visitors.

Sentinel Living Editor, Blair Dupre’s favorite artwork was “Submergence” by Squidsoup, which has 8,064 points of light that flicker on and off and change color in sequence to music. The display is so large visitors can walk through it. Dupre said “Submergence” was the most “mesmerizing and inspiring” piece in Wonderspaces in her opinion.

For the first time in her over five years living in the area, Dupre visited Topsey Exoctic Ranch. Topsey Exotic Ranch is a drive-thru safari experience where visitors can enjoy learning about different exotic animals, some of which are endangered. Once they pay the per-person entrance fee, visitors can drive through the safari as many times as they like.

This was the first time Dupre had visited the popular attraction in the many years that she’s lived in Central Texas. She thoroughly enjoyed her experience, except for an aggressive ostrich.

“Before our first trip through the ranch, we were warned by the kind employee that their camel may attempt to reach inside of our vehicle and take an entire bag of food. On our trip, the camel was very docile and didn’t care to even come near us. However, I must warn you about the ostrich,” Dupre wrote. “This bird was the absolute worst! On our second trip through, he was incessantly biting the trim of my window in an attempt to get me to throw him food even though my roommate was throwing plenty out on the other side of

“There were cars in front of us getting swamped by animals causing them to stop, which made us have to stop and allowed the ostrich to continue his assault on my vehicle,” Dupre continued. “When we did manage to distract him with some food and we began to move away, he would run after us. Don’t worry, my truck suffered no damage, just my nerves.”

Janecze Wright, Sentinel News Editor, visited the State Fair with friends on Oct. 1, 2022. The fair normally runs from late September through late October, but the trio were eager to catch the State Fair Classic, so they visited the first weekend.

“It was our first time attending the fair and we were excited to experience what we consider the trifecta of activities: food, football and fun,” Wright shared.

There were food vendors as far as the eye could see, selling all things deep fried and delicious.

The friends decided to try Pearlie’s Southern Kitchen for some good old-fashioned southern cooking. They indulged in hot honey chicken and sweet potato pie waffle sliders and collard greens, smoked turkey and gouda soul rolls and were not disappointed. The food was amazing and just what  they needed before the big game.

Fairgoers came for the food, but they stayed for the football. Fans from all over turned out in droves to witness the long-standing rivalry between the Prairie View A&M Panthers and the Grambling State Tigers during the annual State Fair Classic football game.

“We were excited to see the game, but even more so, to see the Prairie View A&M Marching Storm and the Grambling State University Tiger Marching Band battle it out during the half-time show,” Wright said.

As the sun bid farewell, the fair seemed to come alive as nighttime fell.  The rides and booths were lit up in a variety of neon hues. The Texas Star Ferris Wheel glowed a beautiful blue against the night sky.  Wright strolled through the State Fair Midway and decided to be adventurous.  “I was instantly transported back to childhood as I was whirled, spun and zipped about on a variety of rides,” Wright expressed. “I had forgotten how feeling your stomach drop and your heart race can be both exhilarating and terrifying at the same time.”

The Sixth Floor Museum at Dealey Plaza, located in what was formerly the Texas School Book Depository, tells the story of the assassination of President John F. Kennedy.

It does so by recounting the background of the president, the reason why he was in Dallas that fateful day, and step by step what happened Nov. 22, 1963. Plus, it even takes the opportunity to dive into some of the controversy that surrounds what happened on the sixth floor.

Each moment of time from the day of the assassination is accounted for, through photos, videos, audio pieces and actual physical items. This aspect of the museum was by far the highlight for Editor Samantha Harms.

“Each detail is so carefully thought about, so carefully placed, that you can’t help but deeply feel the heartbreak that the entire nation felt that day,” she shared.

Harms has visited the museum twice already and has learned something new each visit.

If you don’t know anything about the assassination, the Kennedys, or the controversy, then this is the museum for you.

As the National Football League season comes to a close, there is no better time to squeeze in a visit to AT&T Stadium, which serves as the home to the Dallas Cowboys.

Harms wrote, “The stadium is a masterpiece in architecture and aesthetic.”

The stadium was designed to hold a variety of events and includes three different types of fields: the NFL field, the college football league field and the Major League Soccer field. In addition, it can be configured to hold around 100,000 people at any given time.

Nicknamed after Jerry Jones, the owner of the Dallas Cowboys, this stadium is the third largest in the NFL, and boasts of being one of  a few that have retractable roofs.

“Participating in a stadium tour is the perfect way to kick off a game day experience. The stadium is so quiet during your tour, compared to the never-ending cheering (or booing) that happens during the game. It almost seems like two different worlds if you weren’t paying attention,” shared Harms. “If you’ve never experienced an NFL game before (or even if you have), you need to add AT&T Stadium to your ‘Stadiums to Visit’ list.”

Ice cream from a water buffalo? Doesn’t sound like something you would be interesting in tasting. Yet according to Eric Franklin, Fort Hood Public Affairs, it’s a frozen treat that’s worth the drive. Nestled in the Hill Country is the small town of Blanco, where you can find OroBianco Italian Creamery.

OroBianco’s is Texas’ only water buffalo dairy and creamery. Their herd of water buffalo thrives on a 100% grass diet without growth hormones or antibiotics, producing milk with higher butterfat content than typical cows’ milk. Their gelato & cheese products are made by hand at their ranch near Fredericksburg.

It’s a different taste than what you would find in other ice creams. It’s also gelato, so it’s churned a little slower, resulting in less air and a richer flavor. It’s made with more milk, giving it less fat.

Franklin wrote that if you find yourself in Hill County looking for a walk on the wild side, then OroBianco’s homemade ice cream, made in small batches seven days a week, is the place for you.