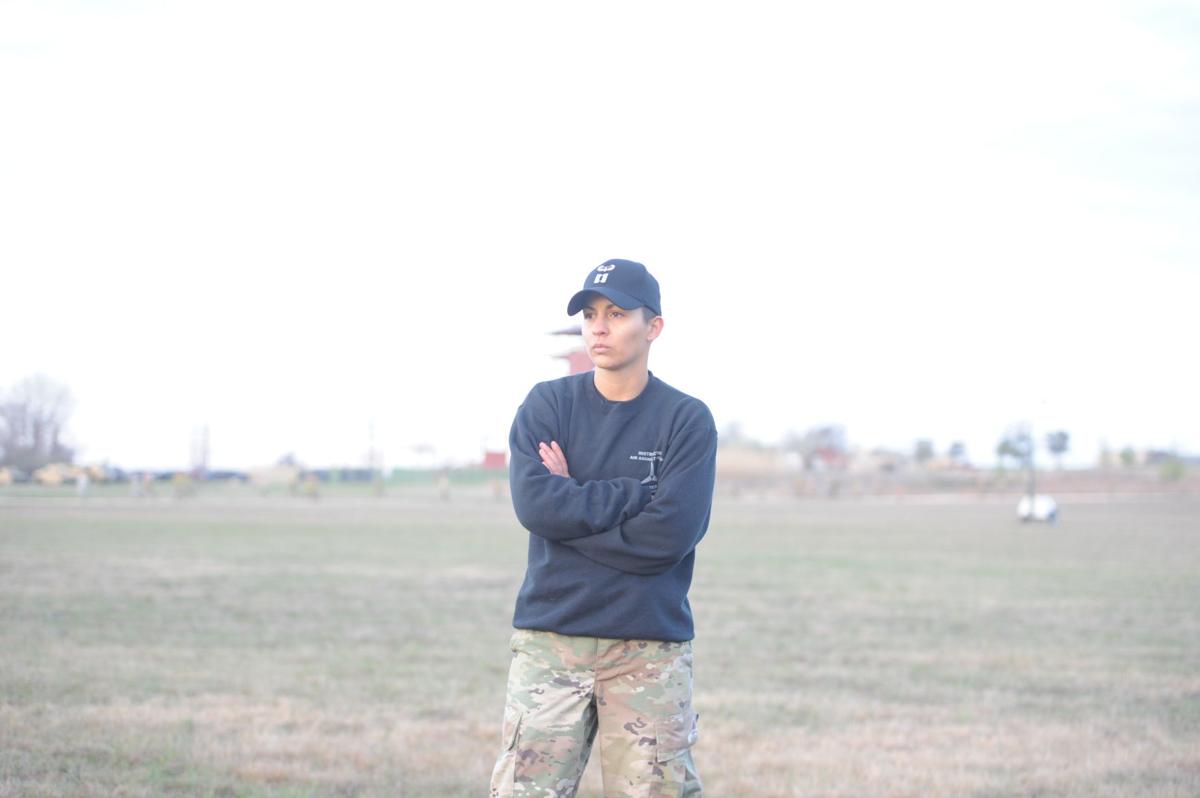 Capt. Ariel Espinoza-Levy is the first female commander of the III Corps Phantom Warrior Academy. She said her next step is to go to Ranger School. 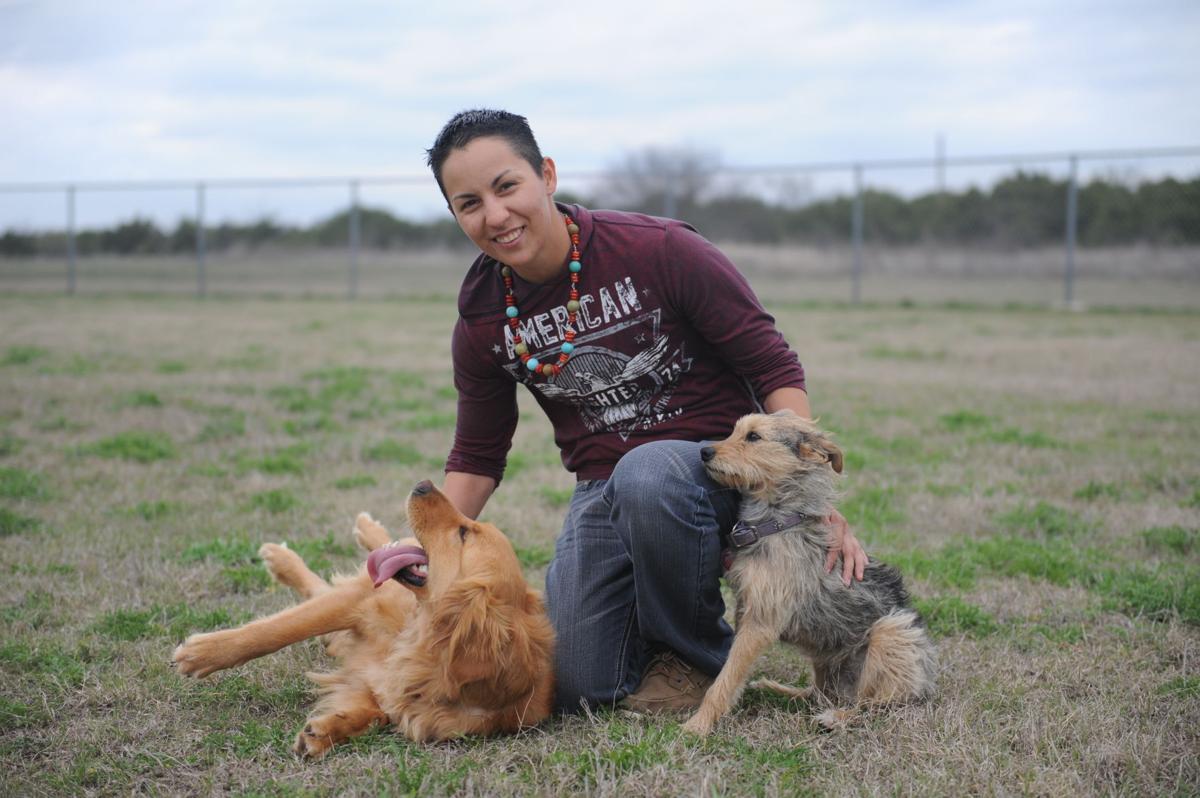 Capt. Ariel Espinoza-Levy plays with her dogs, Gabby (the golden retriever) and Xena (the terrier mix) at Clear Creek dog park. She said she prefers dogs because of their ability to display unconditional love.

Capt. Ariel Espinoza-Levy is the first female commander of the III Corps Phantom Warrior Academy. She said her next step is to go to Ranger School.

Capt. Ariel Espinoza-Levy plays with her dogs, Gabby (the golden retriever) and Xena (the terrier mix) at Clear Creek dog park. She said she prefers dogs because of their ability to display unconditional love.

Having survived domestic violence as a child, Espinoza-Levy said she carried a lot of guilt with her until her first duty station at Fort Polk, Louisiana.

“We went through a lesson where they were telling a kid, ‘It’s not your fault.’ I had to leave the room for a moment,” she said. “I had been holding onto the guilt for a long time because I couldn’t defend my Family but obviously I was a kid.”

Espinoza-Levy said the training during her appointment at the United States Military Academy at West Point, New York, helped channel her anger.

“When I learned combatives and I did judo and boxing – I learned discipline – and how to process those emotions in a healthy way.”

In high school, Espinoza-Levy joined Devil Pups in her hometown of Las Vegas where she attended an encampment, supported by the U.S. Marine Corps at Camp Pendleton in San Diego.

“I fell in love with the discipline and camaraderie and that combined sense of purpose, I was like, ‘Oh my God, this is what I want to do.’”

She said she came home and exclaimed to her mother, “I want to join the Marines,” and her mother responded, “Nice try,” because she wanted her to attend college.

Then in 2006, she won second place in a Congressional Art Competition and got to meet her congressman. She shared her dreams with him and he recommended for her to look into military academies.

First attending the United States Military Academy Preparatory School before her appointment, she then went on to earn her black belt in judo at West Point and helped start the first women’s boxing team.

During her time at West Point, she discovered things about herself that she always thought were just ‘weird,’ only to realize that instead, she was gay. While stationed at Fort Leonard Wood, Missouri, she led a pride observance and found more camaraderie in OutServe, an organization that supports the U.S. lesbian, gay, bisexual and transgender military community.

“It’s part of who I am. I want to inspire those people who are struggling with their sexual identity to relate to someone successful,” she said. “I’m Latina, female, gay and a military officer.”

Growing up, Espinoza-Levy said she faced discrimination because she came from a lower-income Family.

“It was very hard because you can’t be a kid. You have to provide for your Family,” she said.

However, she said she learned the value of being a hard worker from her mother.

While at West Point, she fell prey to pranks and push-backs from wanting to participate in boxing.

“I had to remind myself over and over again that I’m not going to live by somebody else’s metric … It’s not about being the best, it’s about being your best. Live by your own (metric) and to be honest a lot of the guys going through there were very immature, they were still trying to find themselves. For some they did see growth.”

One outlet Espinoza-Levy said she finds to help with emotions is to write poetry.

An excerpt from a poem titled “Angry Gains,” taken from her poetry blog said, “Inhale what we need to thrive, exhale what we need let die – Our greatest failure is trying to live through or feel validated by others – Your reflection, your image – You own it, you control it.”

• Editor’s note: This is the second of a three-part series. Pick up the March 29 issue of the Sentinel to read more about two women in the Soldier 2020 program.