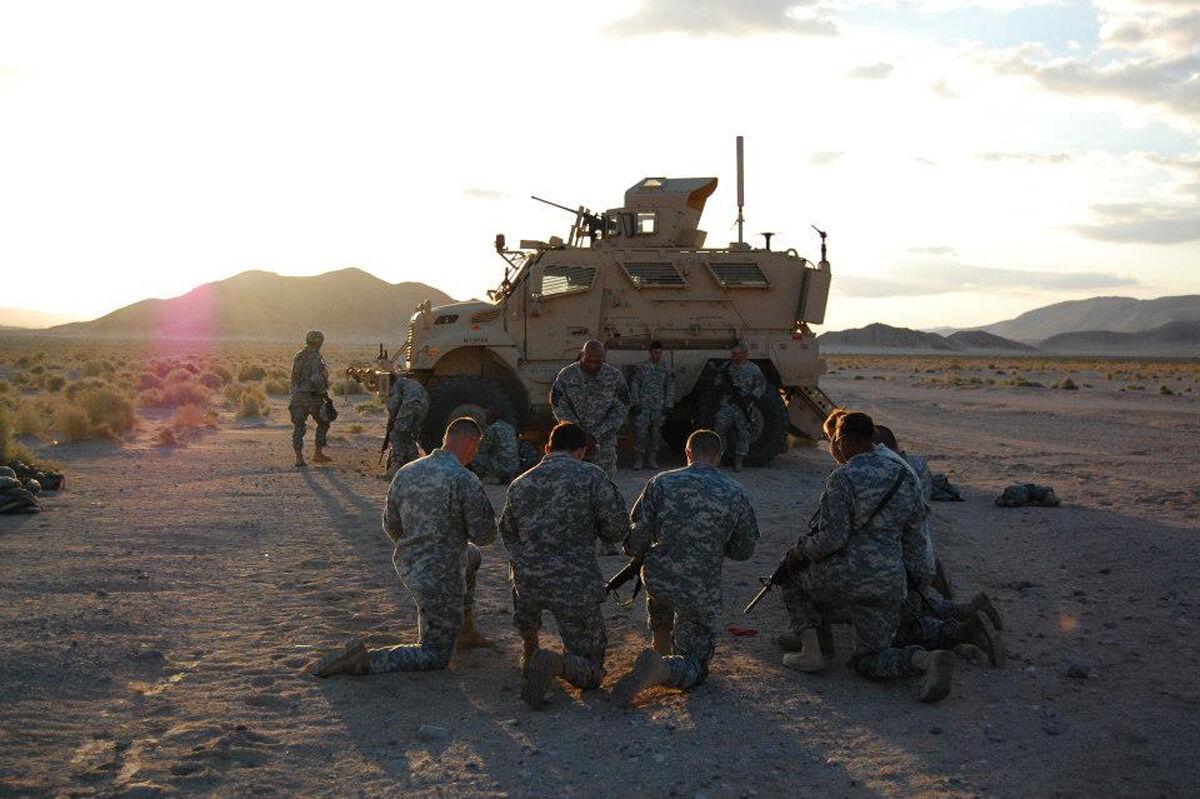 The U.S. Army Chaplain Corps is one of the Army’s oldest branches at 245 years. Representing every major religion in the world, chaplains are at the heart of every battle, giving hope to the hopeless.

The U.S. Army Chaplain Corps is one of the Army’s oldest branches at 245 years. Representing every major religion in the world, chaplains are at the heart of every battle, giving hope to the hopeless.

“One of the things I’ve always loved about the Chaplain Corps and I always have, even before I became one,” Chaplain (Lt. Col.) Stephen Dicks, garrison community pastor of Fort Hood, said, “I see them as the bringers of hope and in the world we live in now, something that everyone needs is hope.”

Army chaplains have been in the business of providing hope to Soldiers for 245 years, making it one of the oldest branches in the Army. Formed a mere 44 days after the Continental Army was established, Dicks explained that Gen. George Washington realized early on about the importance of faith to Soldiers.

“From its very inception, George Washington knew that Soldiers needed representations of their faith physically right there with them as part of the battle,” he said. “Chaplains have been part of every major battle throughout American history.”

Marching side-by-side with troops for more than 200 years, chaplains have provided support and given counsel to Soldiers of all ranks, status or religions. Dicks said a lot of Soldiers find it comforting knowing they can bare their soul to another human being without judgement and know that nobody else will hear about it.

No matter their religion, Dicks said Soldiers can find chaplains and services of all faith backgrounds. Until 1862, there had only been Christian chaplains in the Army. President Abraham Lincoln commissioned the Army’s first Jewish Rabbi, Rabbi Jacob Frankel, on Sept. 18, 1862.

“I’m not Wiccan or Buddhist or Muslim or Catholic, but I have Soldiers who fall into all those categories. I can minister and give counsel and care to all different faith backgrounds and even those without a faith background,” Dicks explained. “I can perform what my faith allows me to do and then I can provide (guidance) what I cannot.”

Chaplains represent every major religion in the world, with one thing tying them together – hope. Even though chaplains are non-combatants, they are right at the heart of battle, giving hope to the hopeless. The Chaplain Corps includes 10 Medal of Honor recipients – nine chaplains and one chaplain’s assistant. The Medal of Honor is the highest military decoration presented to someone who distinguishes themselves through uncommon acts of valor against an enemy force, putting themselves at risk of life and limb to save others. Due to the nature of the award, it is often awarded posthumously.

“The majority were walking through a haze of bullets from enemy fire, ministering the last rights to the wounded or carrying them out of harm’s way, with no regard to their own personal safety,” Dicks said about the Chaplain Corps’ Medal of Honor recipients. “It’s a consistent theme I’ve seen from them.”

As the Army evolved over time, so did the Chaplain Corps. The first African-American chaplain, Henry McNeal Turner, was commissioned in 1863. The first female to be commissioned as an Army chaplain was Alice Henderson in 1974. In 2002, Elvira “Ella” Gibson was officially recognized as the first female chaplain. Gibson served throughout the Civil War, but was not recognized as a chaplain until the passing of Senate Bill 1438.

Today, there are less than 2,900 chaplains in the Army, Army Reserve and National Guard, serving more than one million Soldiers in the three components. Dicks said the main mission of an Army chaplain is to bring Soldiers to God and God to Soldiers by caring for the faith and the wellbeing of Soldiers throughout their entire time in the military.

Since COVID-19 hit the world, chaplains have changed the way they care for the faith of Soldiers. After canceling religious services at the beginning of the pandemic, the Fort Hood Chapels decided to start live-streaming. The chapels reopened with COVID guidelines in place on June 28, but they have continued to livestream because of the popularity of the service.

“We found it was such a blessing to have the virtual as well, so we’re continuing that,” Dicks said about bringing ministry into the virtual world. “We may have 30 people in attendance and 500 online.”

For those interested finding out how to become an Army chaplain or religious affairs specialist, visit www.goarmy.mil/chaplain or text “Chaplain” to GoArmy (462769). For those who feel the calling to serve in their faith and in the military, Dicks said the Chaplain Corps may be their calling.

“Being able to care for the soul of Soldiers has been the most rewarding thing in my life,” he concluded.