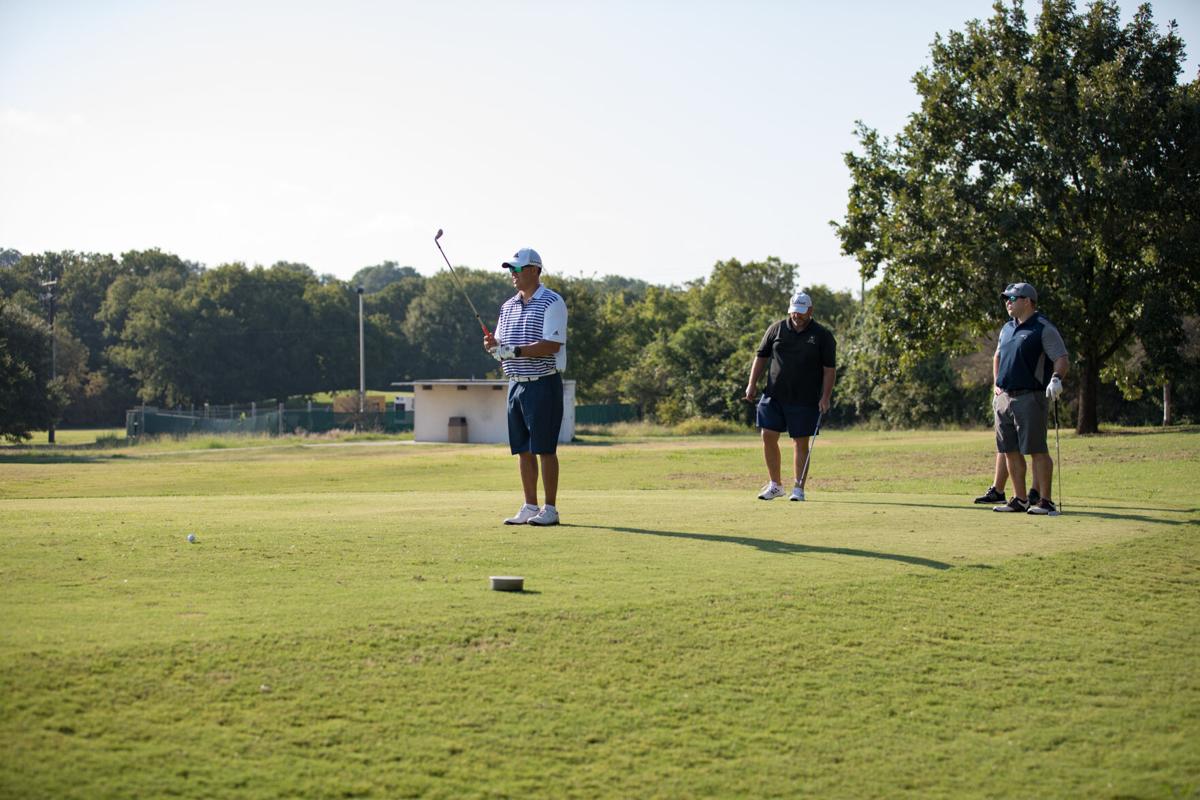 Golfers compete in August’s Golf Scramble at the Courses of Clear Creek Friday. Twenty-four golfers competed in the tournament. 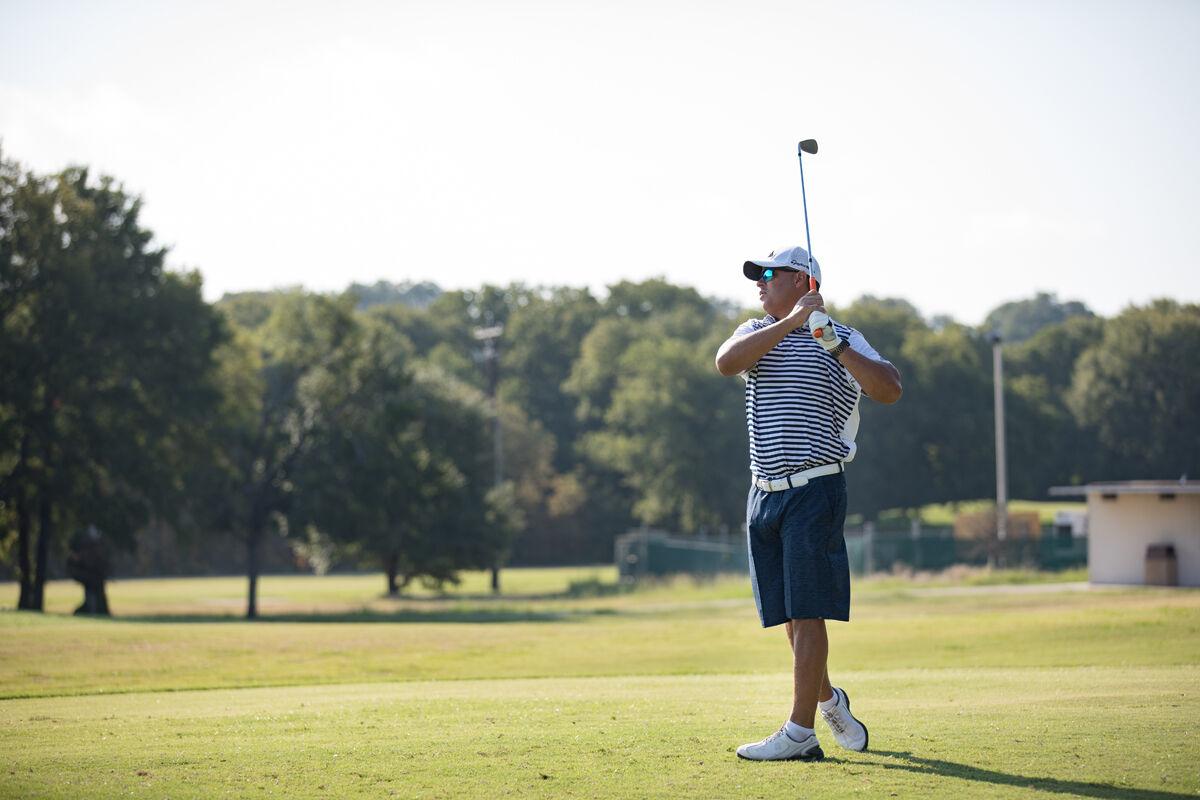 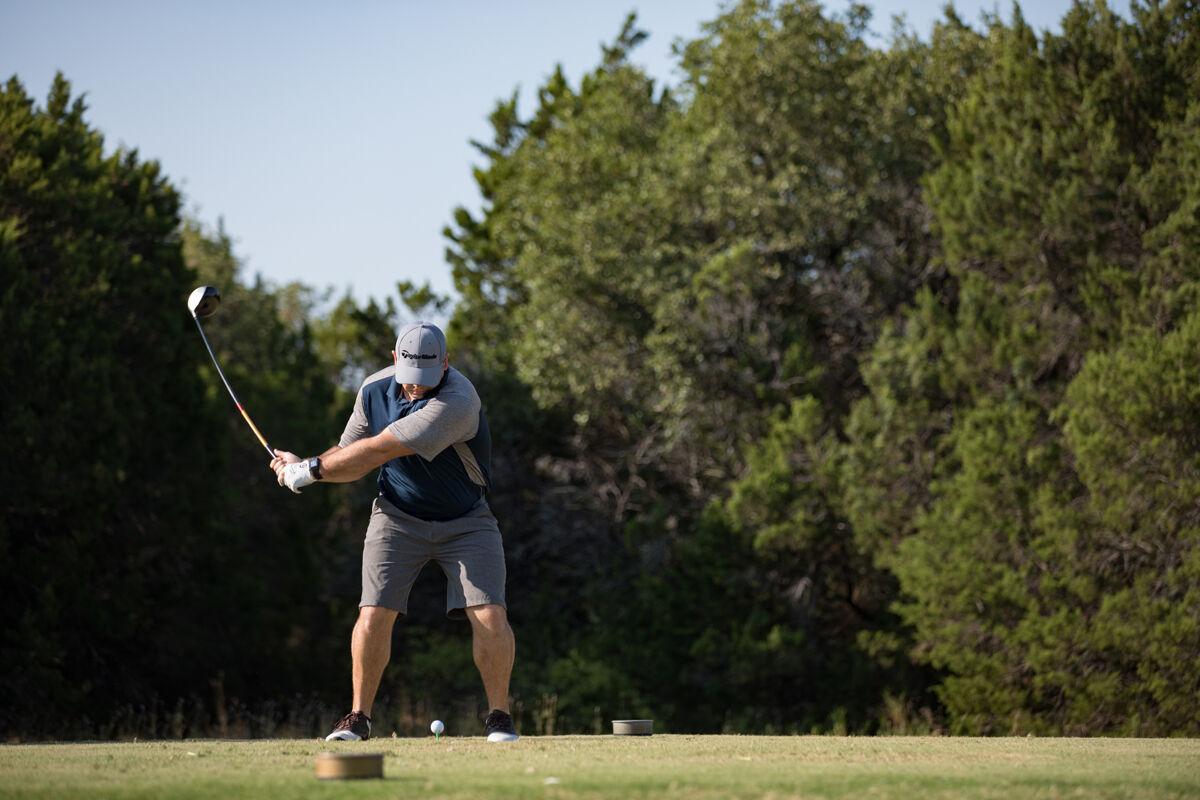 Retiree Antonio Sanchez watches as his ball gets closer to the green during the golf scramble Friday.

Golfers compete in August’s Golf Scramble at the Courses of Clear Creek Friday. Twenty-four golfers competed in the tournament.

Retiree Antonio Sanchez watches as his ball gets closer to the green during the golf scramble Friday.

Twenty-four golfers met up at the Courses of Clear Creek Friday to participate in August’s Phantom Warrior Scramble.

Participants Capt. Tom Souza, Texas A&M Central Texas ROTC, and retiree Antonio Sanchez were happy to be out on the course playing a sport they love.

Souza admitted what he enjoys most about golf is having the opportunity to hang out with people he already knows and getting a chance to meet new people. Sanchez, however, finds the mental challenge of the game most enjoyable.

He believes that it’s hard to sometimes perform all elements of the game well and sometimes that can mess with a person’s head.

Souza added that he finds consistency to be challenging.

“Being consistent in everything that you do,” Souza said. “It’s you against you. Your biggest competitor is yourself.”

Souza said that playing golf is a great opportunity for current Soldiers to network and to learn.

“I think it’s good for Soldiers to play because they can come out here and meet people – retired seniors, juniors and learn more about the Army and more about themselves.”

Sanchez added that golf is an ideal sport for retirees to participate in, to allow them to remain active without going too hard.

“I don’t want to say it’s not physically demanding, but you can still play up into your seventies and eighties and it’s not as taxing on your body as other sports,” Sanchez said.

Many athletic events are going virtual, if possible. Fort Hood’s Sprint Triathlon will be virtual this year, along with the Army Ten-Miler race. Sanchez believe it is important to have in-person competitions that can be done safely, like golf, because competition is in our nature.

“The world is driven on competition. From your job, as far as ‘I’m going to get promoted before you’ and school, they rank kids as far as their grades,” Sanchez said. “Competition drives excellence. It pushes people forward to be better or the best.”

Chuck McPhilomy, assistant manager of the Courses of Clear Creek, believes competition is important during these times and that golf is a sport that can be played in-person safely.

“The importance of the competition is … it builds camaraderie with the other players,” McPhilomy said. They get to meet new players.”

September is a big month for the Courses of Clear Creek. The Garrison Commander’s Golf Scramble is Sept. 11 and the Club Championship is September 12 and 13.

“On the Garrison Commander’s tournament on Sept. 11, the cost is $40 per person, mulligans are $5 and they are optional. Shotgun start at nine o’clock,” McPhilomy said. “The Club Championship on the 12th and 13th … shotgun start will be at eight o’clock (and) cost is $125 per person. That covers both days, lunch for both days, prizes – everything’s all inclusive.”

For more information on next month’s tournaments, call the Courses of Clear Creek at 254-287-4130.