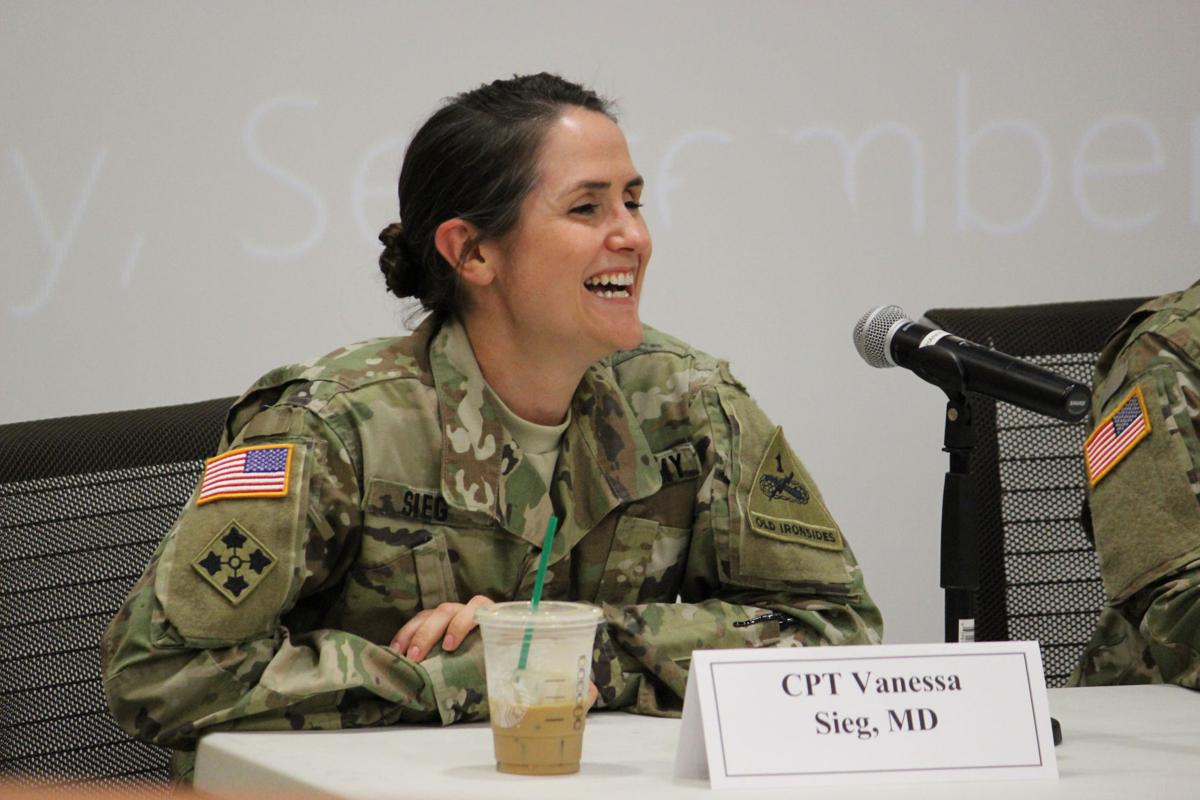 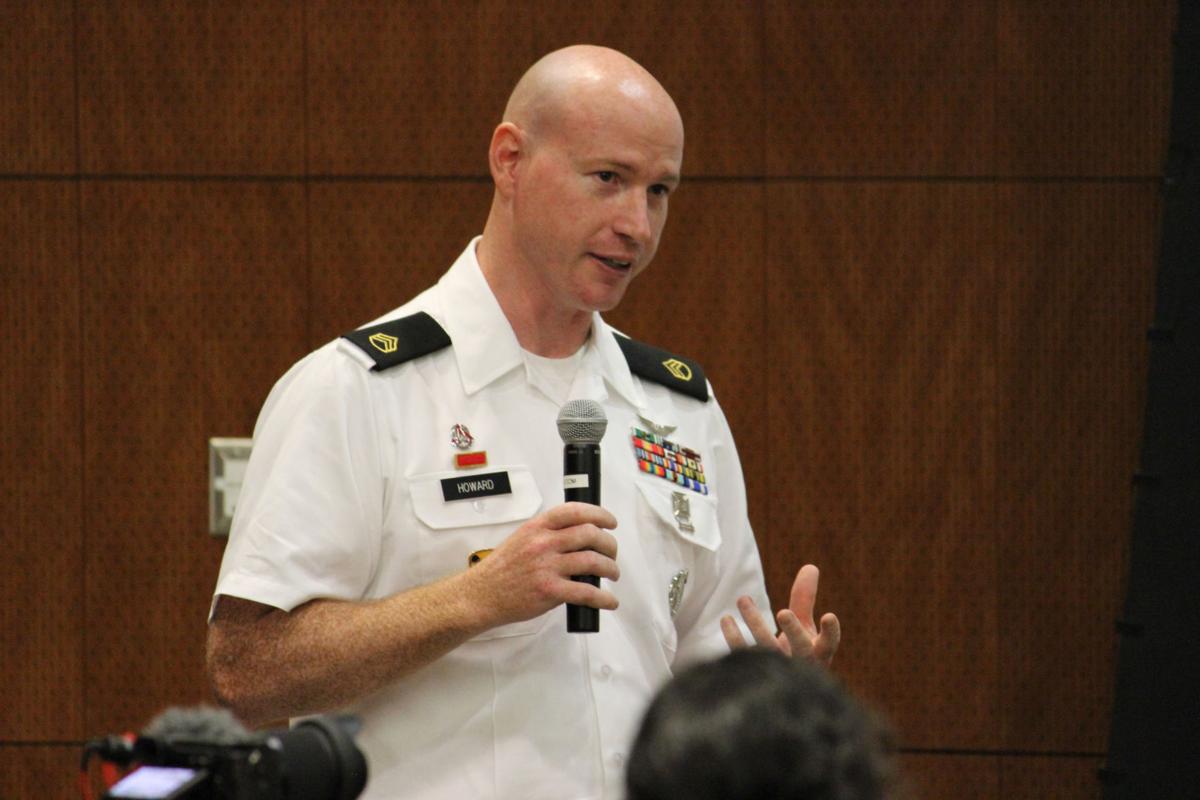 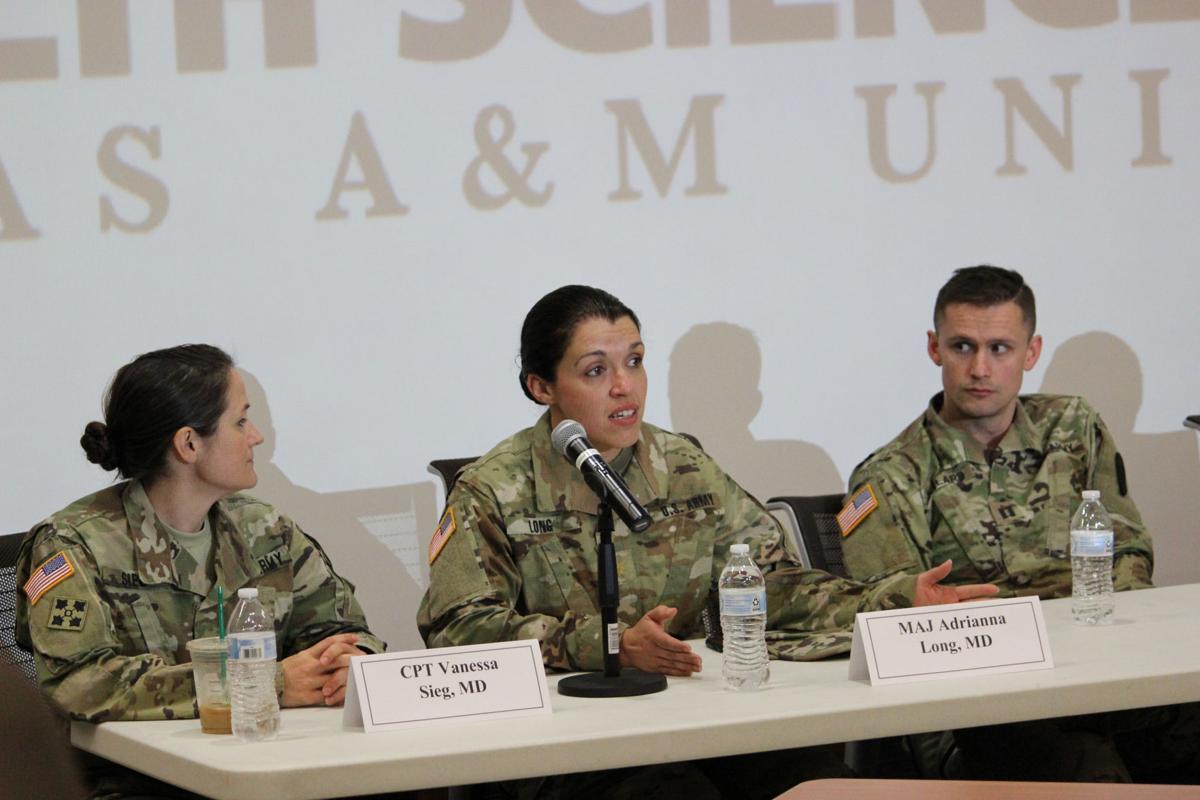 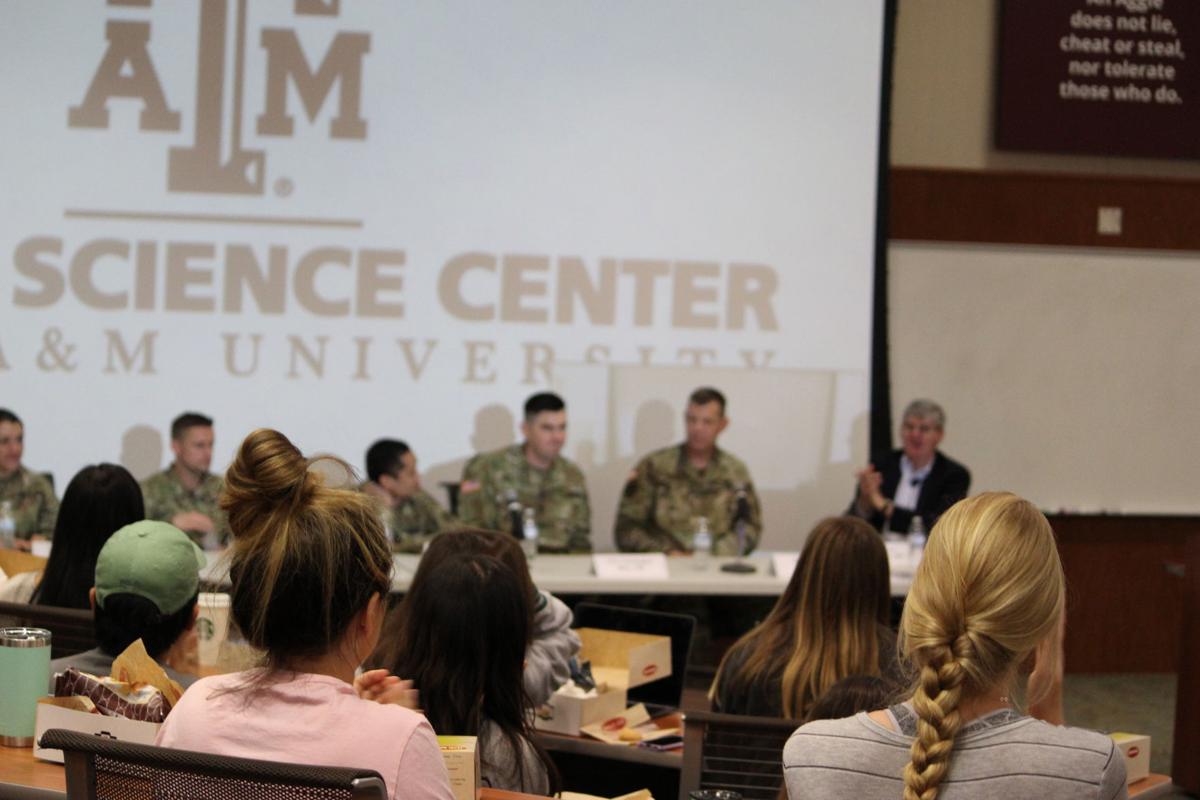 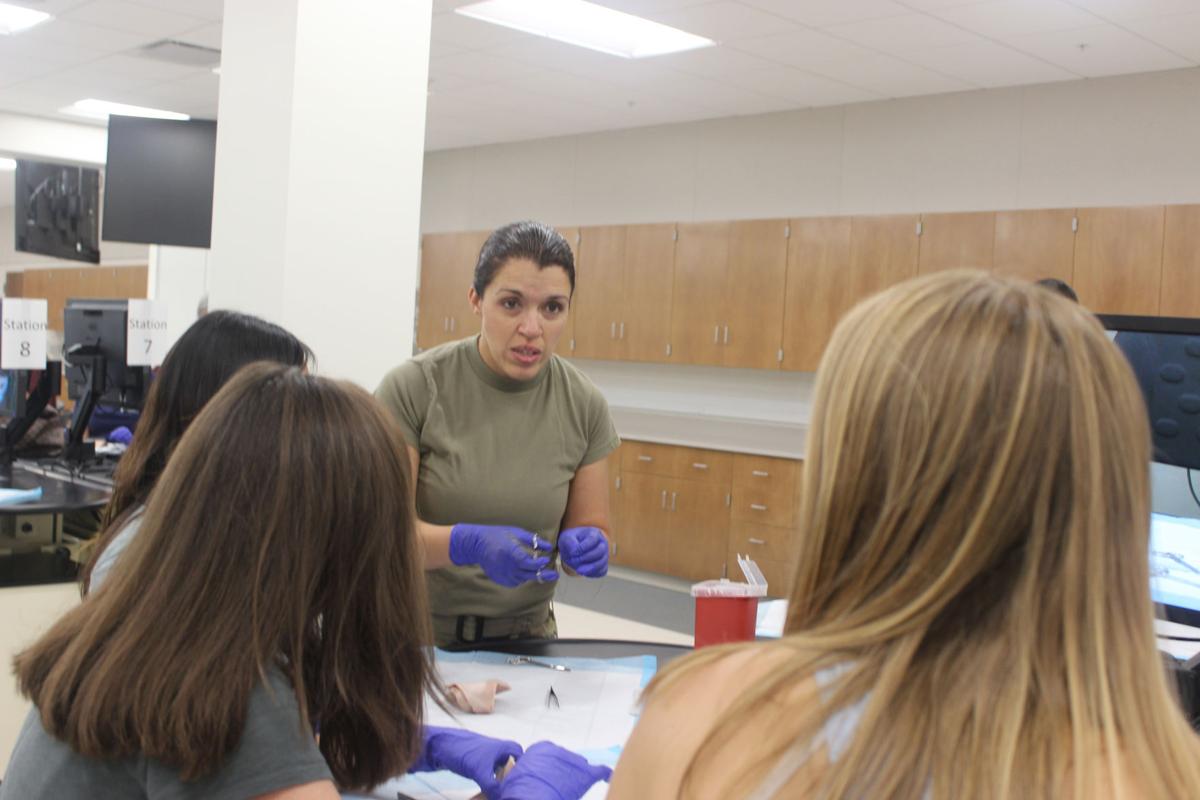 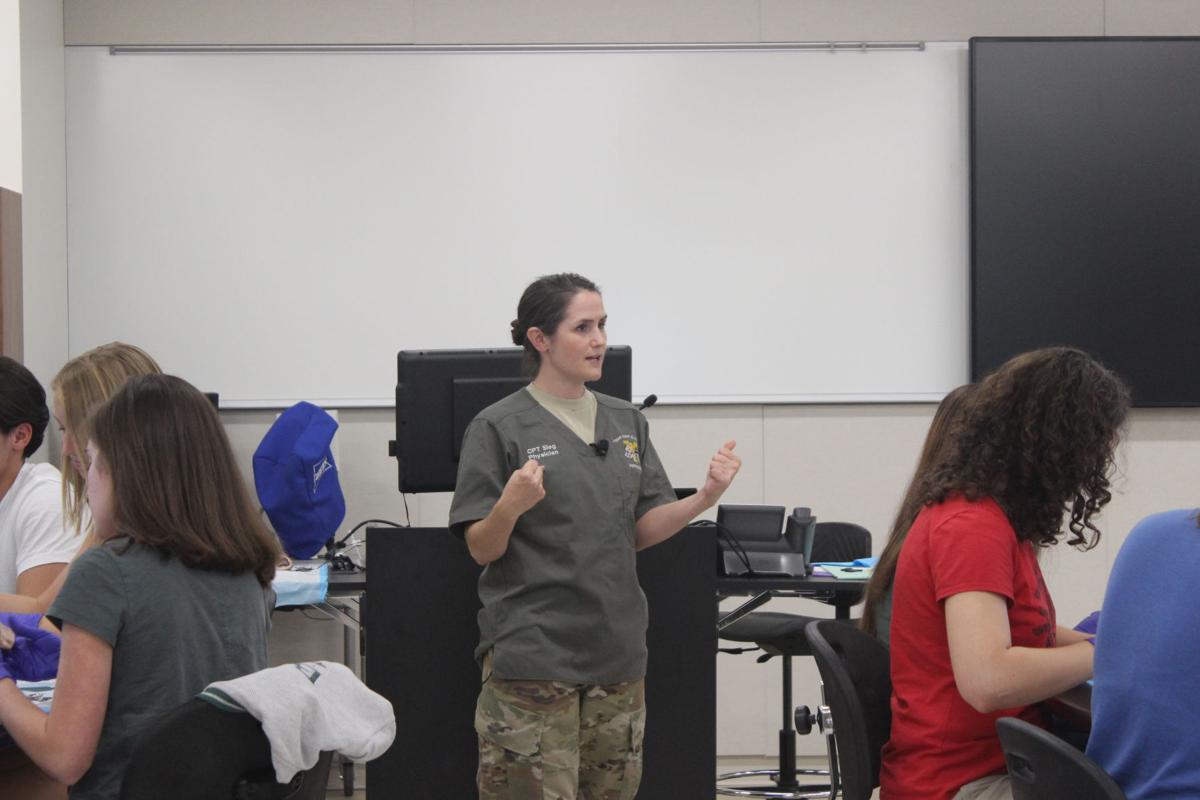 WACO — “When I was at Baylor, 9-11 happened,” Army Capt. Vanessa Sieg, a former Baylor University graduate, now Army emergency medicine physician, said. “I don’t know if y’all remember that or not, but when 9-11 happened, I really felt that urge to join the military, that sense of duty to serve your country.”

Despite a busy schedule, the Army doctor also mentors aspiring physicians as they navigate their way through medical school and residency.

During the Baylor Prehealth Symposium, Sieg was compelled to share her Army story when a student asked why she chose military medicine as a career.

“I wasn’t really sure I wanted to do military medicine until a friend of mine was deployed to Iraq and killed in 2004,” she replied.

During that time, Sieg, a Virginia native, returned to her hometown of King George to honor Army National Guardsman Sgt. Nicholas Mason, a high school friend who made the ultimate sacrifice.

Just four days before Christmas, Mason was killed in action during the Mosul Chow Hall bombing killing 22 people, which was one of the largest, most deadly attacks at the time.

A few years later, Sieg had the opportunity to meet a man who was next to Mason when he died.

“He told me the story of surviving the attack and being treated on the battlefield … and of all the care he received from Iraq to Germany, back to Walter Reed, and how profound that experience was,” Sieg explained.

It was by hearing that story that Sieg realized what she wanted to do with her life – practice medicine in the Army.

“I wanted to be that person who is keeping those people alive to make it back home … To be the thing that stands between them and never coming home again,” she explained. “So here I am.”

After finishing graduate school at Baylor, Sieg attended the Uniformed Services University of the Health Sciences, the armed forces medical school, which is one of three commissioning pathways for physicians to serve in the U.S. Army, along with the F. Edward Hebert Armed Forces Health Professions Scholarship Program, or earning a direct commission after becoming board certified.

Sieg was then accepted into Carl R. Darnall Army Medical Center’s Emergency Medicine Residency Program in 2014, where she served as chief resident. She graduated in 2017 and was selected to remain as a faculty member.

“The great thing is that I got to do all of the things that I wanted to do,” Sieg said. “I deployed to Afghanistan last year and had the opportunity to work alongside the most amazing people you’ll ever meet … people that are risking their lives every day for you and me.”

“It has been a very fulfilling career path. And medicine, in general, is a profound career path, but it’s far more profound in the military just because of that sacrifices people are making,” Sieg added. “Being entrusted to take care of those people and bring them home to their friends and family, there is nothing more rewarding than that.”

The U.S. Army 5th Medical Recruiting Battalion is committed to recruiting highly qualified, professional officers across ten states in the country’s central region to serve in the U.S. Army Medical Department. For those who answer the call to serve, there are unlimited opportunities for personal and professional growth and leadership development within the Army Medical Department, one of the largest health care organizations in the world.