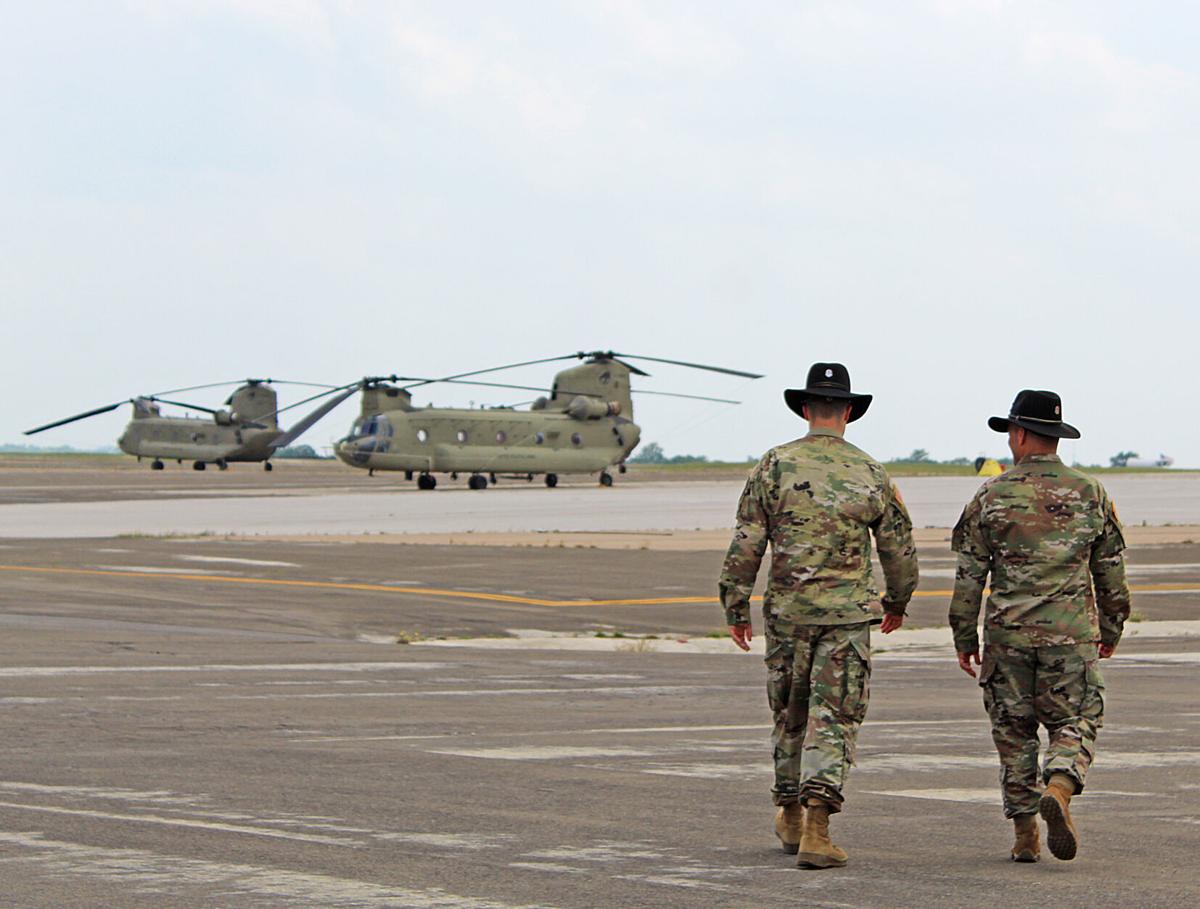 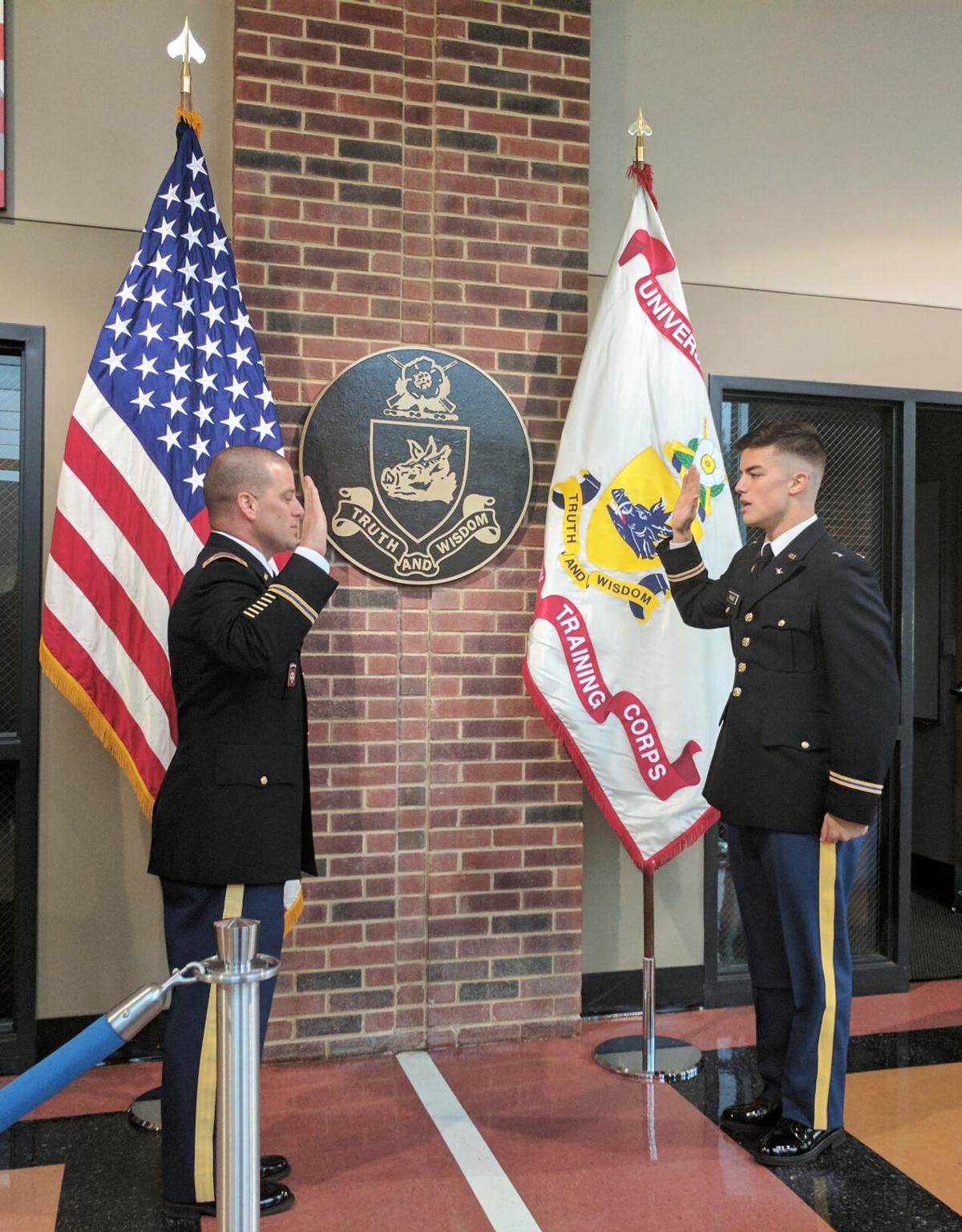 Then-2nd Lt. Tristan Raub takes his Oath of Office in front of his dad Lt. Col. Jason Raub in December 2016 at the University of North Georgia. 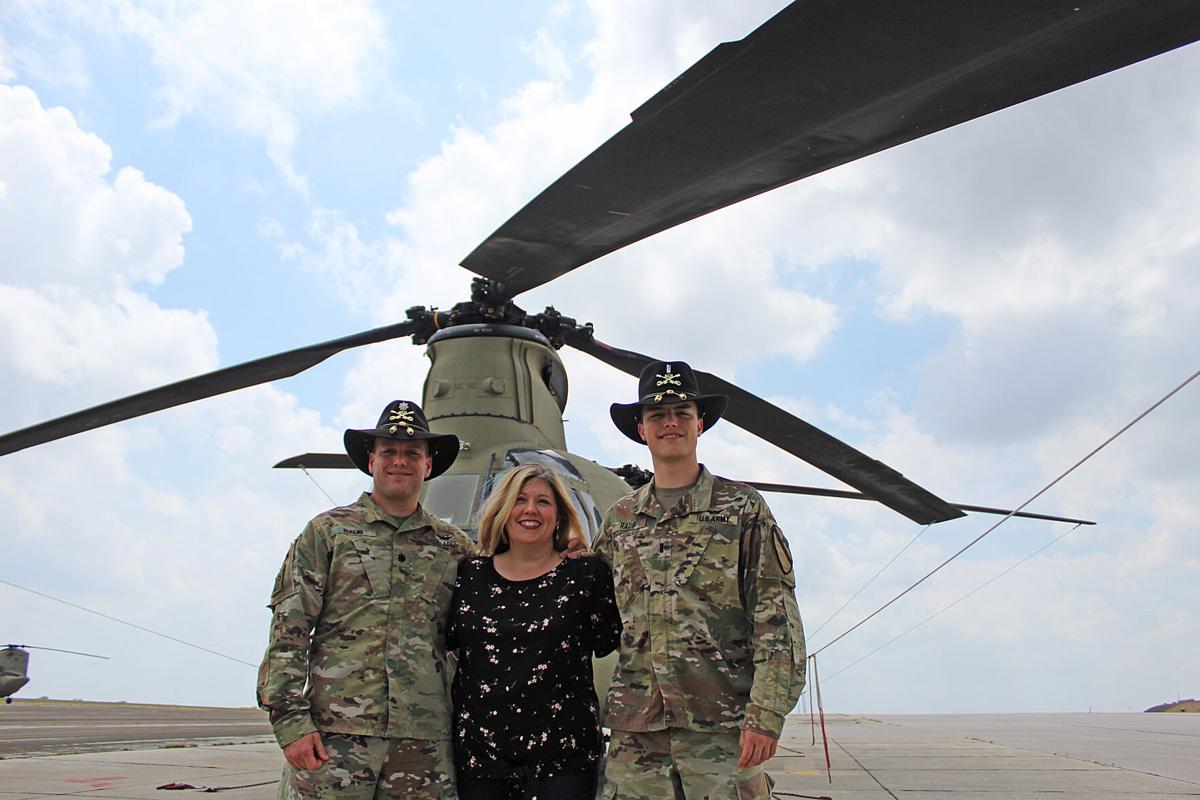 Then-2nd Lt. Tristan Raub takes his Oath of Office in front of his dad Lt. Col. Jason Raub in December 2016 at the University of North Georgia.

While the Army is large, the Aviation branch is quite small, something 1st Lt. Tristan Raub discovered after receiving orders to go to Fort Hood, to serve in the same brigade as his father.

While serving as the rear detachment commander for 1st Cavalry Brigade, Lt. Col. Jason Raub, commander of 2nd Battalion, 227th Aviation Regiment, 1st Air Cav. Bde., 1st Cav. Division, found out his son was not only heading to the Great Place, but they would also be serving together.

Tristan, who serves as a platoon leader in 3rd Battalion, 227th Aviation Regt., said while growing up as the child of a Soldier, military values were instilled in him at a young age, so joining the military was just a natural fit, as was becoming an Army aviator.

The young lieutenant graduated from the University of North Georgia in December 2016, with his dad swearing him in as an Army officer, before he went to Fort Rucker, Alabama, for flight school. Instead of choosing to fly a CH-47 Chinook like his dad, however, Tristan decided to fly the UH-60 Black Hawk. Soon after, he discovered he was heading to Fort Hood.

“It was unexpected. It wasn’t expected that we would live near each other for a long time, but it’s been a good opportunity,” Tristan said. “We live about two minutes away from each other. I’ve got a wife and two kids, so they get to see their grandparents.”

While serving together, the father and son have not only grown closer, but they have also learned from one another. Tristan said his dad has become a person he can “talk shop or get advice” from, while he tries to create his own path in the Army, without even realizing, he’s also helped his dad.

As the commander prepares to leave Fort Hood in July for the Army War College at Carlisle Barracks, Pennsylvania, he can’t help but think about where life has taken him throughout his 25-year career. A native of St. Cloud, Florida, Jason married his high school sweetheart Lesley and enlisted as an Army infantryman. Five years later, he went Green to Gold and was commissioned as an officer, after attending college at the University of Florida.

“After 25 years, I can look back and there’s such a fulfillment as you go from, for example, a rifleman and then a squad leader and then just being able to keep growing and as you grow, that job changes. You go from being worried about two or three people to worrying about 953 as a battalion commander,” Jason said. “Not one position is more challenging than another, because of the structure of the Army, so that’s what keeps me driven.”

He said being an aviator isn’t just about flying. To be successful, a person has to excel as a leader, while also becoming a subject-matter expert. He believes his son has laid the foundation to successfully progress as an aviator and an officer. For his part, Tristan is just enjoying his role as a platoon leader, while progressing towards becoming a pilot-in-command and enjoying the Army life.

“Since everyone, no matter what size of a unit you’re in, everyone’s bound to the same principals and goals – we’re all one team of people committed to winning,” Tristan said. “Being around everyone who has the same ideals, generally, is what I like about the Army.”