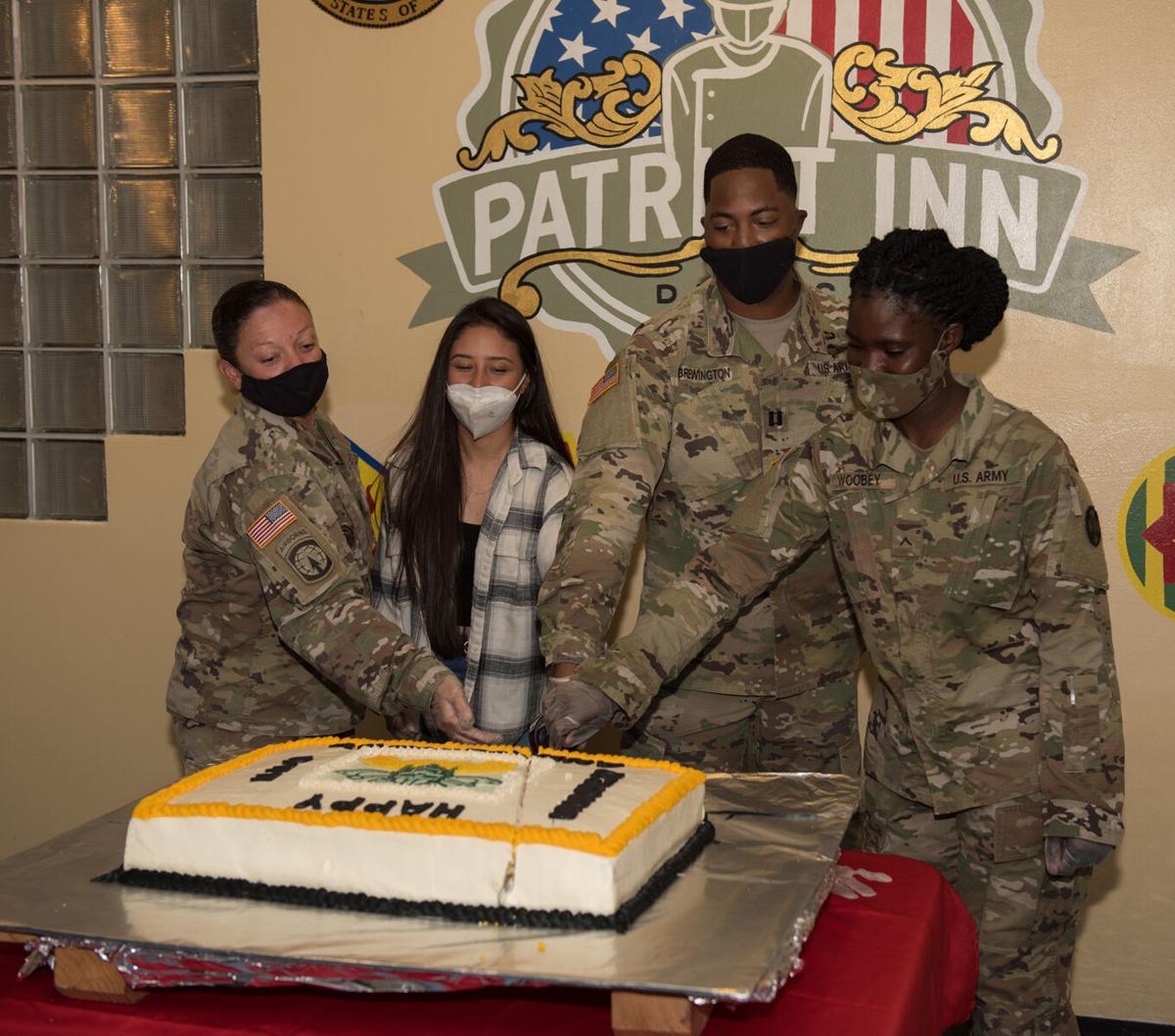 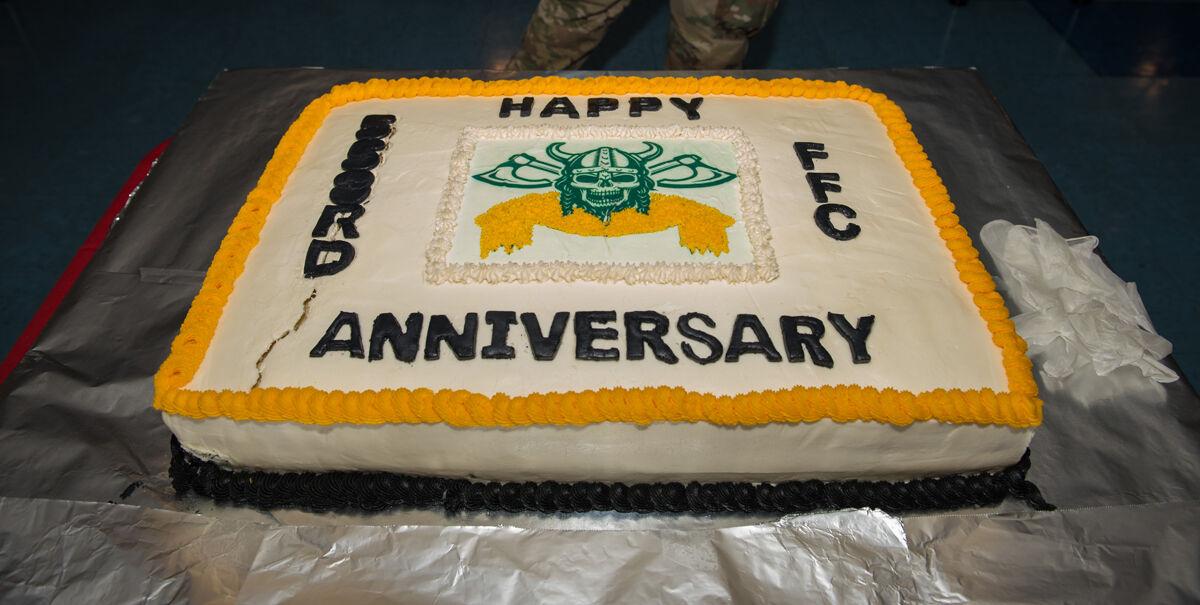 Culinary specialists display a cake at the Patriot Way Dining Facility July 23 in honor of the unit’s first birthday at Fort Hood. The Vikings of the 553rd FFC, 61st QM Bn., 13th ESC, participated in a cake-cutting ceremony.

Culinary specialists display a cake at the Patriot Way Dining Facility July 23 in honor of the unit’s first birthday at Fort Hood. The Vikings of the 553rd FFC, 61st QM Bn., 13th ESC, participated in a cake-cutting ceremony.

Held at the Patriot Inn Dining Facility, the ceremony celebrated the first anniversary of their initial activation.

“What a year it has been,” Lt. Col. Paul Smith, commander of 61st QM Bn., said.  “The company began gaining strength in both personnel and equipment through intra-post transfers, PCS moves and lateral transfers from other installations.”

When the Army made the move to consolidate 92G culinary specialists into field feeding companies across the force, units like the 553rd FFC knew they had the opportunity to make their mark.

“The 553rd began an aggressive training schedule to get them prepared to transition from focusing primarily on DFAC operations,” Smith said.  “Instead, they focused on their new mission essential task list to conduct field feeding operations for Fort Hood’s separate brigades.”

Over the past year, the culinary specialists of the 553rd FFC have supported warfighters on installations and training areas across the United States in Texas, Arizona and Missouri.  They also supported large-scale exercises such as National Training Center rotations and DEFENDER-Europe 20.

The 553rd were also recently on prepare-to-deploy orders in support of U.S. Army North and COVID-19 relief efforts, and recently conducted a field training exercise to ensure they are prepared to rapidly deploy in support of XVIII Airborne Corps as part of the Immediate Response Force.

“On top of this demanding training schedule, the 553rd FFC also continued to operate two dining facilities on Fort Hood, were part of the launch for the Culinary Outpost Food Truck and are about to take on the Grab ‘n Go Kiosk mission in August,” Smith explained.

Looking back on their high-tempo first year of activation, Capt. Aramis Brewington, commander of 553rd FFC, appreciated everything the Soldiers have put into ensuring the company is a success.

Though the ceremony was for the unit’s birthday celebration, it signified so much more for Brewington.

“We all know that this is the anniversary marking our activation of the company,” the commander said. “But we were standing up the company well before that.  There was a lot of hard work from individuals, especially at the lower level, in building the company up to what it is.  I can ensure you that your hard work definitely has not gone unnoticed.”

It’s been an amazing year and even though Brewington will change command after the summer, he could not be any more proud of the Soldiers under his command.