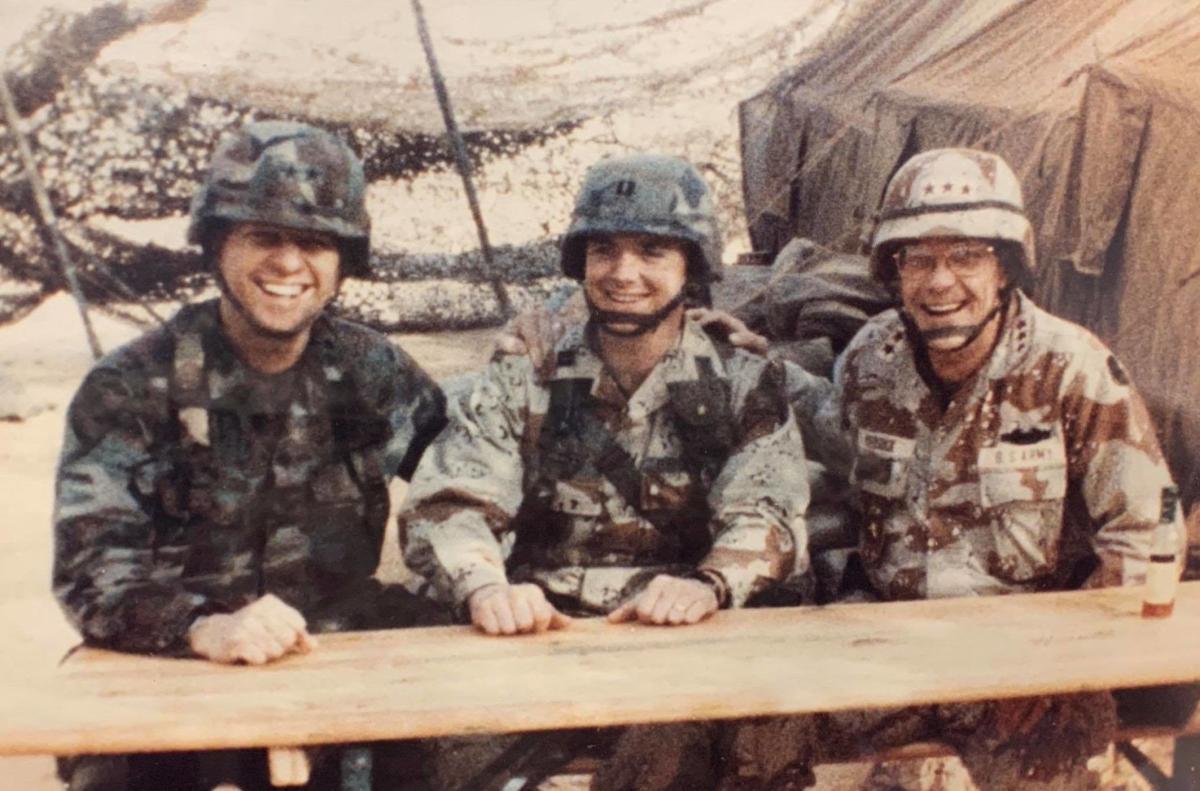 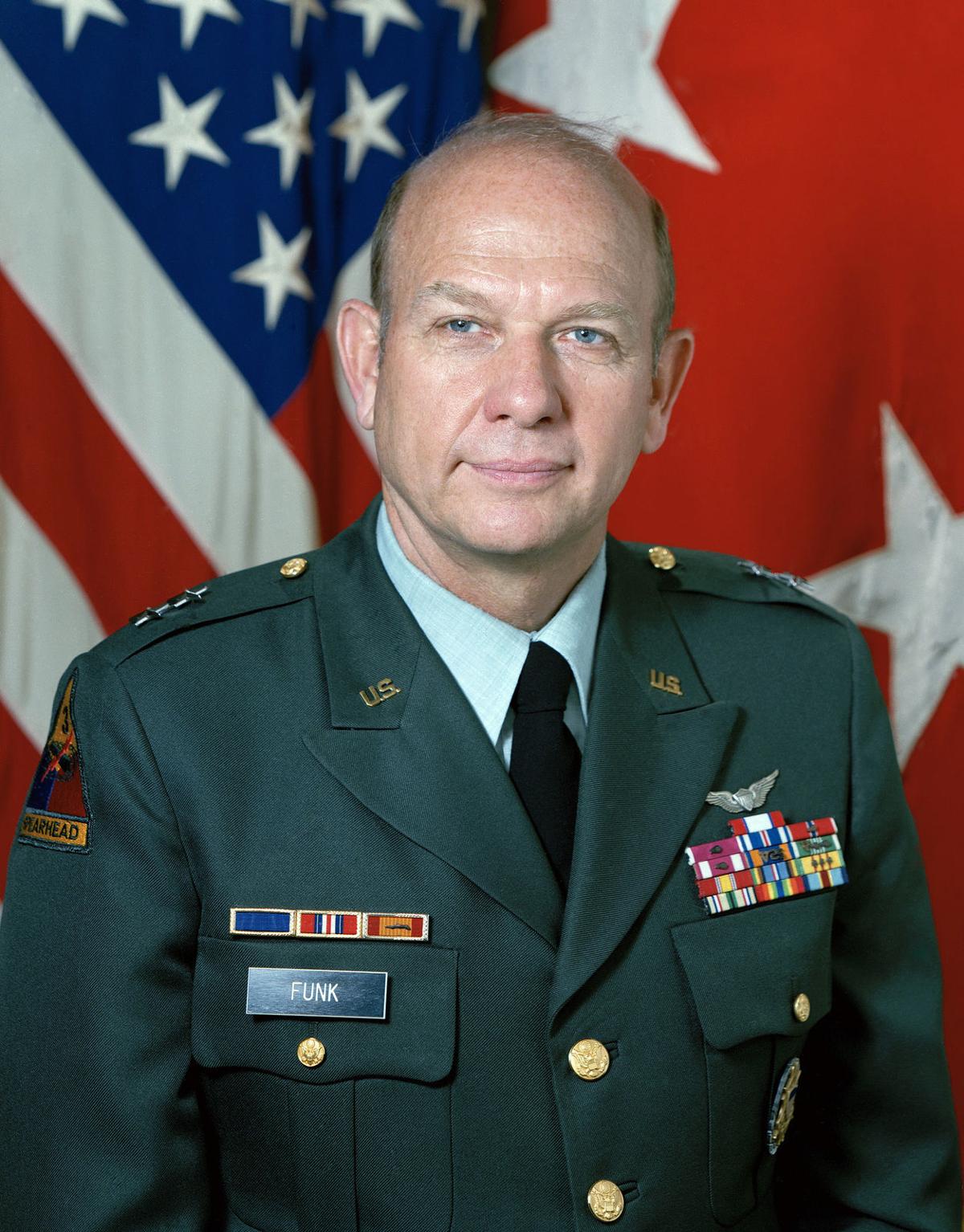 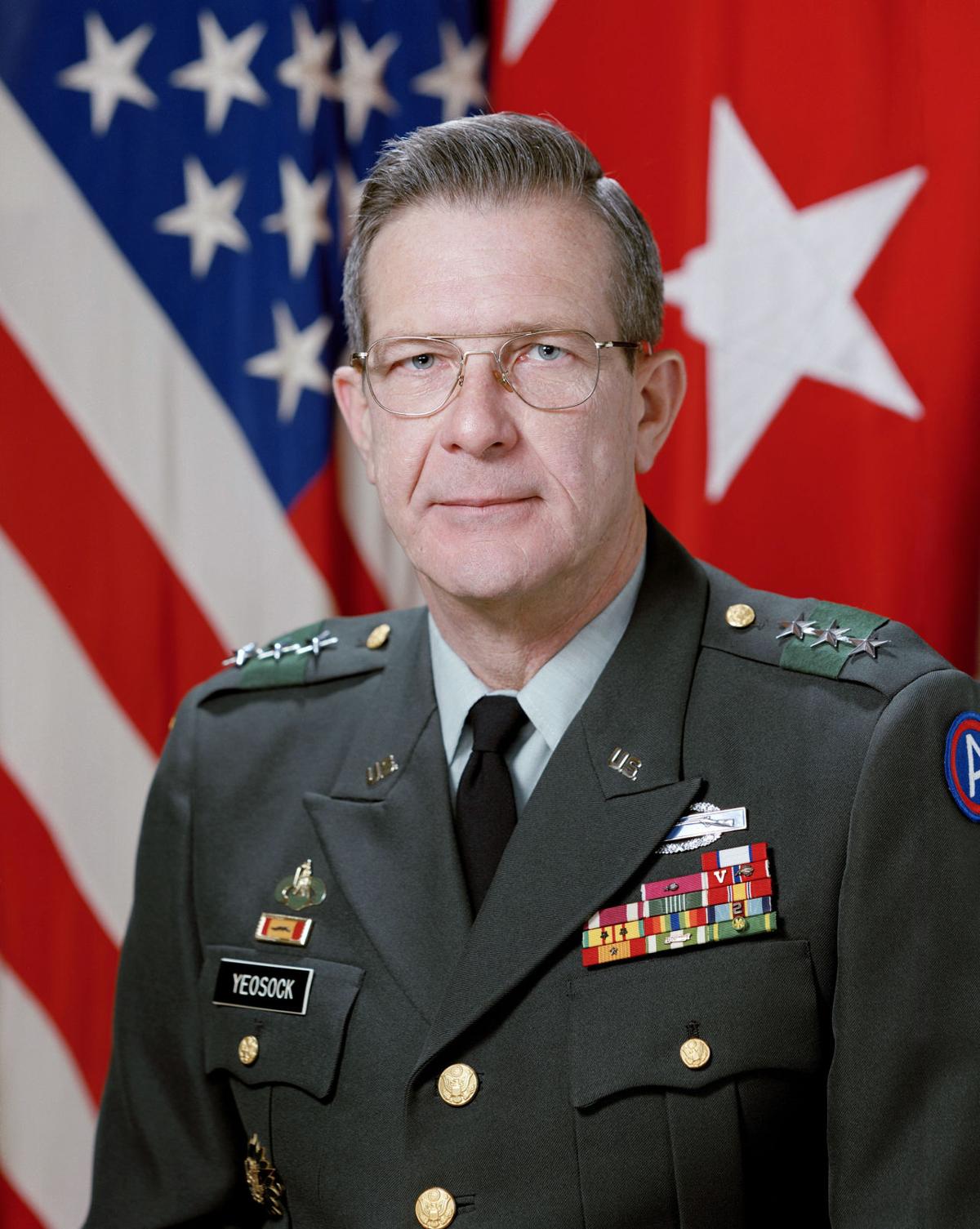 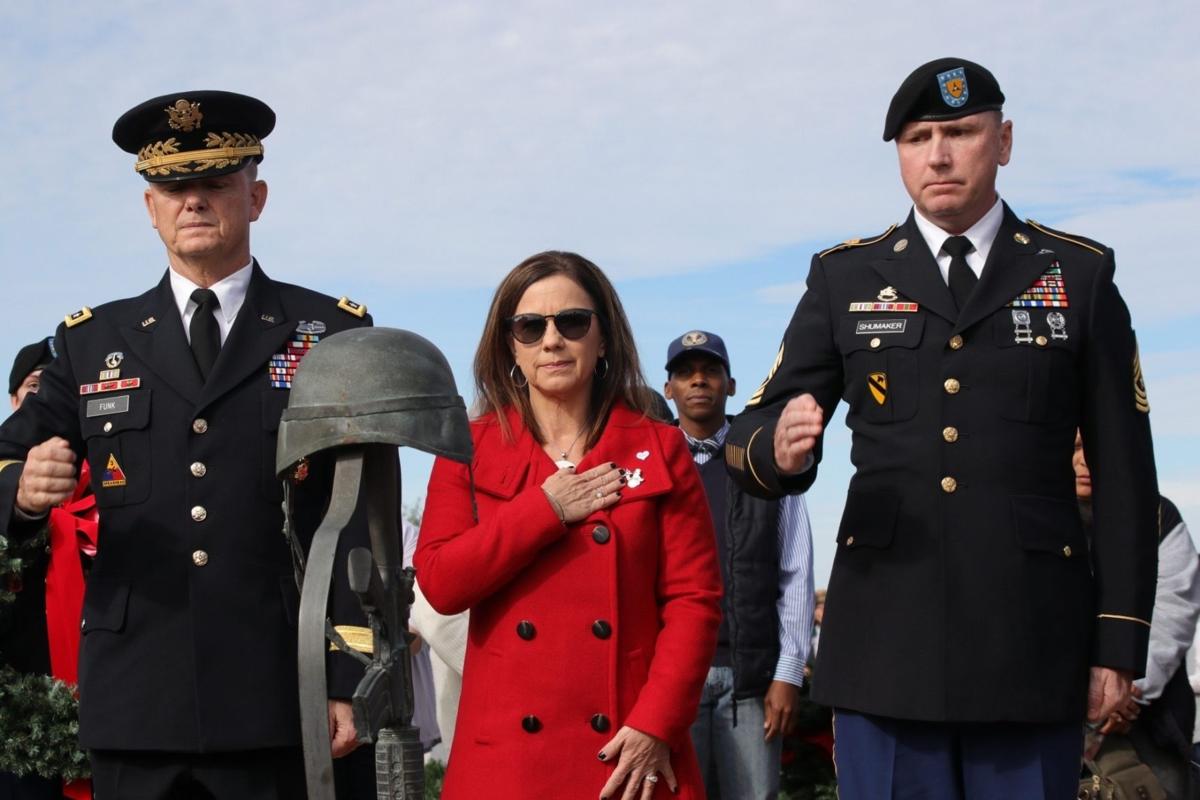 Gen. Paul E. Funk II and his spouse, Dr. Beth Funk have given over 30 years of service to the United States Army. 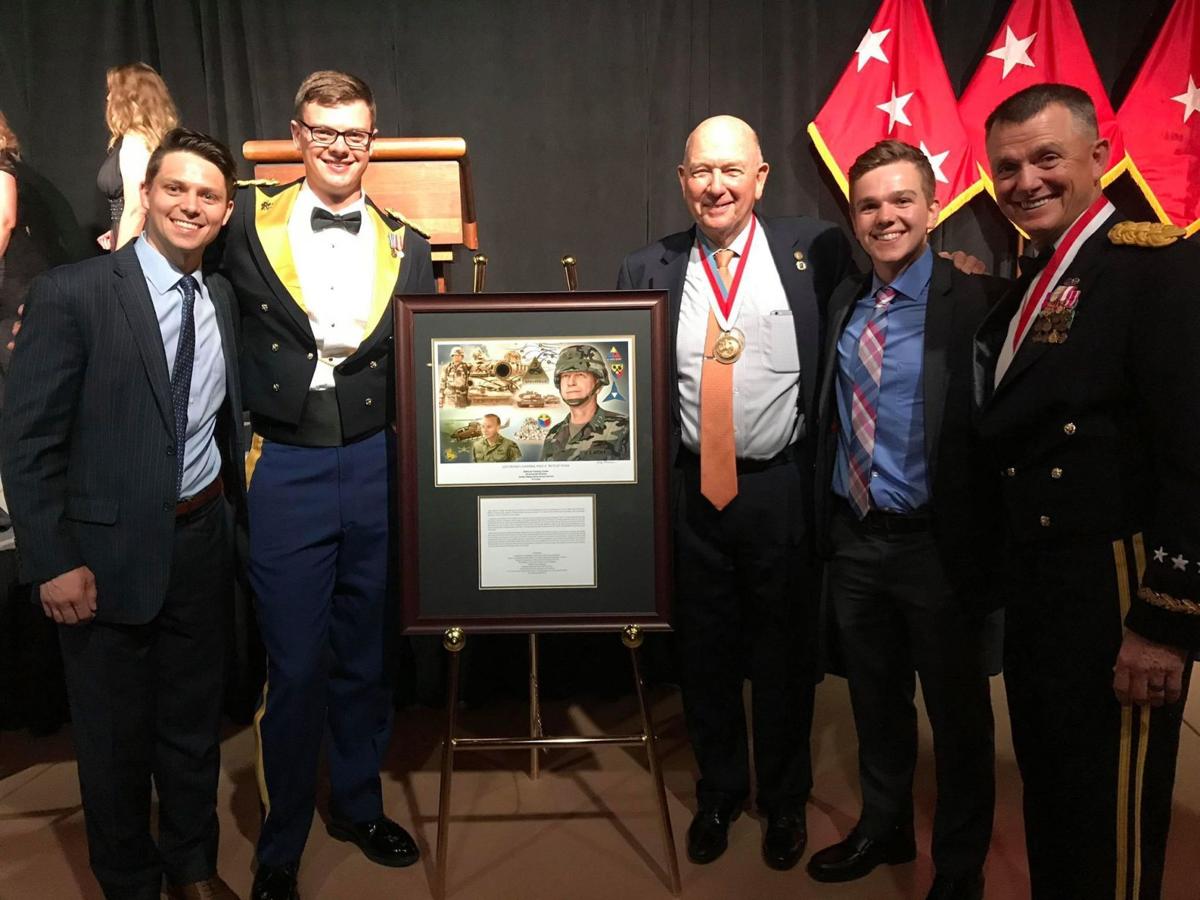 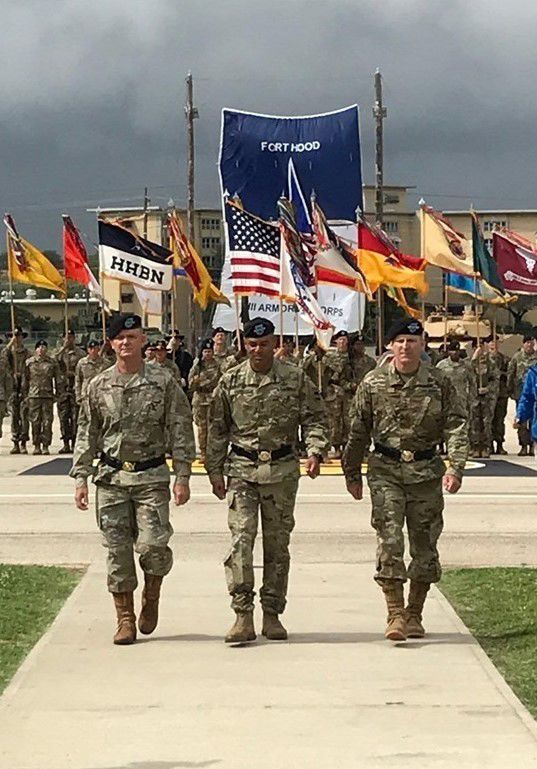 For over 30 years, Gen. Paul E. Funk II has continued to serve the American people, in numerous military assignments and duty locations. 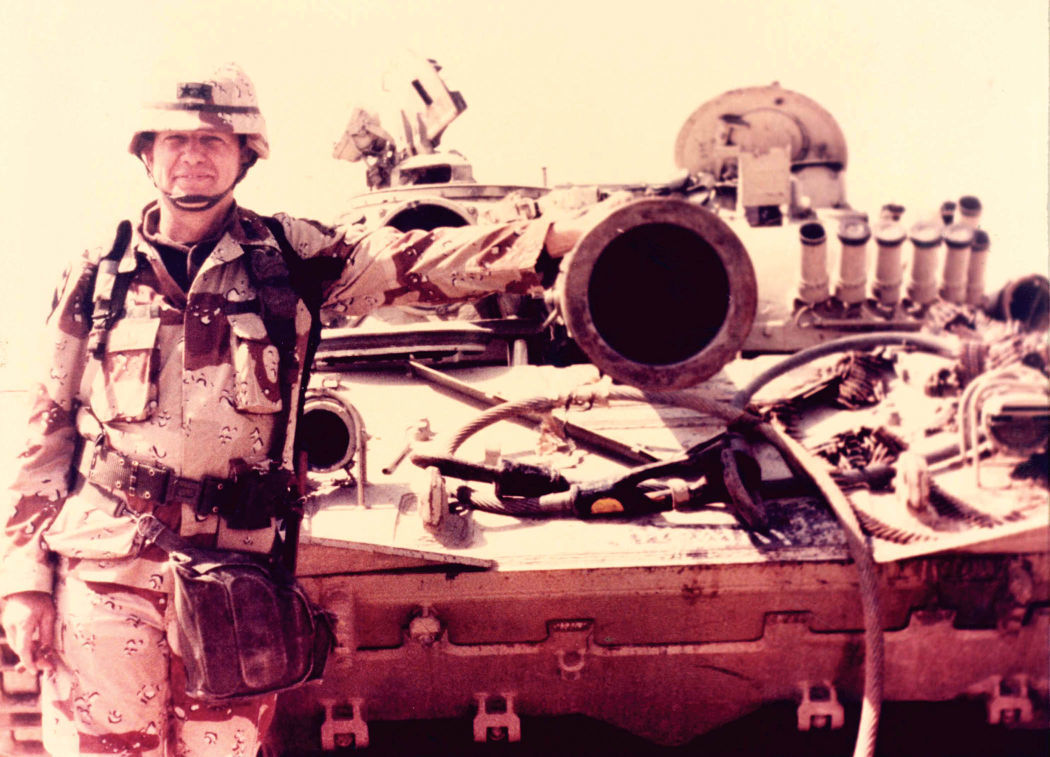 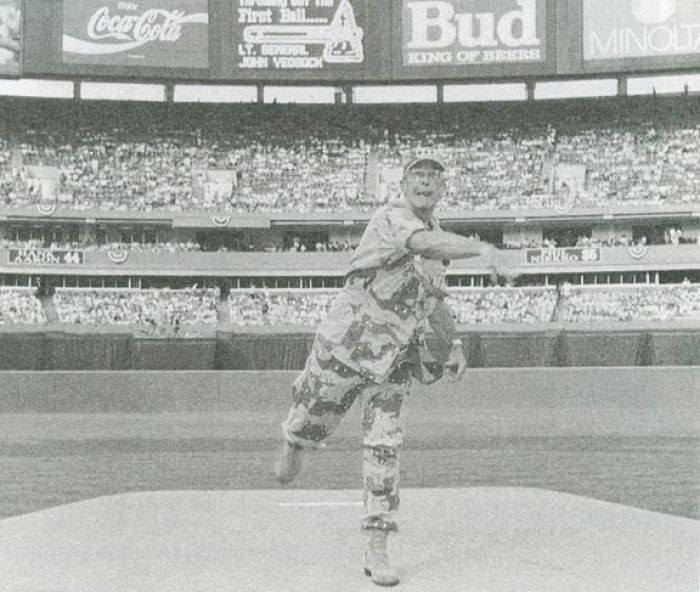 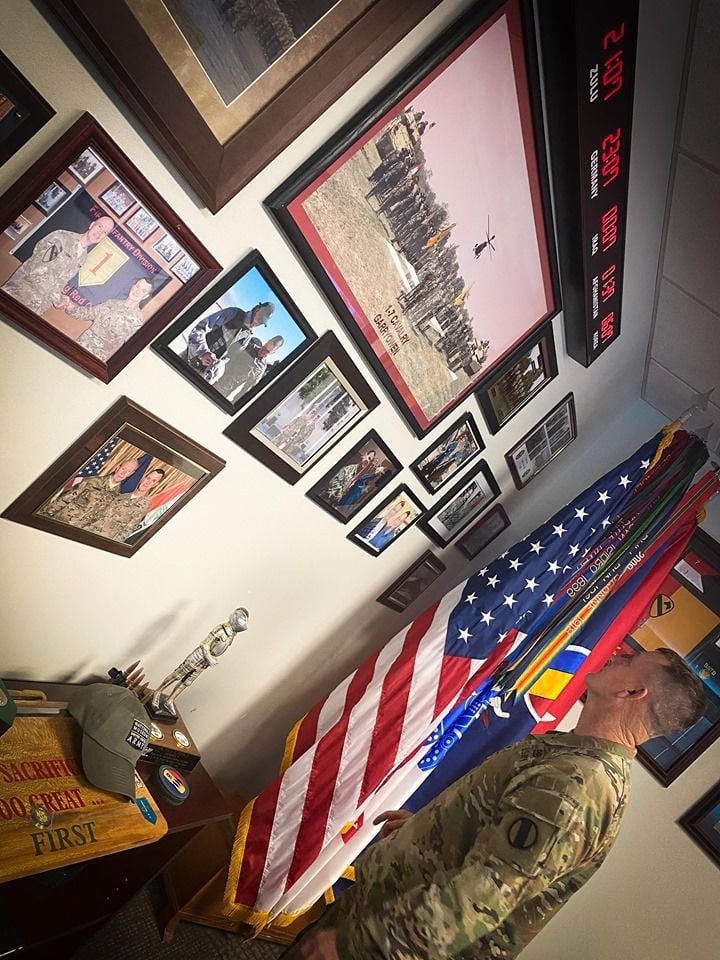 A picture speaks a thousand words. For over 30 years, Gen. Paul E. Funk II has continued to serve the American people, in numerous military assignments and duty locations.

Gen. Paul E. Funk II and his spouse, Dr. Beth Funk have given over 30 years of service to the United States Army.

For over 30 years, Gen. Paul E. Funk II has continued to serve the American people, in numerous military assignments and duty locations.

A picture speaks a thousand words. For over 30 years, Gen. Paul E. Funk II has continued to serve the American people, in numerous military assignments and duty locations.

FORT EUSTIS, Va. — Every American Soldier has a story, a reason they chose to raise their right hand and continue to put on the jersey of the United States Army every day. The uniform each Soldier wears represents the cloth of the nation, a legacy stitched together by generations of Soldiers and their families.

During the inaugural Army National Hiring Days event, June 30 – July 2, the U.S. Army is looking to hire the next generation of leaders to begin their own Army legacy. While most Soldier stories are created differently, each is woven together for one common goal – to defend and protect this nation and its people.

For over 30 years, Gen. Paul E. Funk II has continued to serve the American people, in numerous military assignments and duty locations. From taking command of the 1st Infantry Division at Fort Riley, Kansas, and the Combined Joint Forces Land Component Command in Iraq to leading III Corps at Fort Hood and the fight against ISIS as the fourth commander of the Combined Joint Task Force Operation Inherent Resolve, he has been raised to uphold the Army Values in every aspect of life.

“The U.S. Army is the greatest team ever assembled,” he said.

Funk relates his desire to serve back to the words listed in one of his Fundamentals, #40 – leave the jersey in a better place every day.

As the 17th commanding general of the U.S. Army Training and Doctrine Command, he is currently responsible for 32 Army schools, under 10 Centers of Excellence, which recruit, train and educate more than 500,000 Soldiers and service members annually.

When it comes to serving the nation, Funk takes the term “following in his father’s footsteps” to a whole new level. He has created a legacy for himself, while continuing to honor those established by his father and father-in-law. “This is our family business, my dad is a retired general officer and my father-in-law was too. The Army is our family,” he said.

Watching his father’s Army legacy unfold is one of the main reasons why he is a Soldier today.

“At 10 years old, I saw my dad flying a Cobra helicopter and I thought that was the coolest thing ever,” Funk explained.

As a high school student, he observed his father become the commander of 5th Battalion, 33rd Armor at Fort Knox, Kentucky. There he saw firsthand how his father demonstrated teamwork, dedication, and commitment to duty.

Those lessons of teamwork proved to be instrumental during Operation Desert Storm where he was able to work alongside his father, Maj. Gen. Paul E. Funk and father-in-law, Lt. Gen. John J. Yeosock.

After many command positions, his father retired as commander of 3rd Armored Division and Fort Hood in the mid-1990s. Coincidentally, prior to coming to TRADOC, Funk held the same position at Fort Hood, making this father and son duo the first in the corps’ history to have commanded the unit.

Alongside many service members is a spouse also dedicating their life to helping those in uniform and their loved ones. With more than 30 years of service behind them, Funk’s spouse has also found her place in the Army giving back to service families.

“My wife continues to help others who are a part of this extended family, supporting Soldiers and their respective families,” he said. Dr. Beth Funk uses her servant heart to support others, a passion initially parked through her father’s legacy. Lt. Gen. Yeosock retired as commander of the Third United States Army during Operations Desert Shield and Desert Storm. Known to many as a humble, servant leader, Yeosock brought honor the U.S. Army through his legacy of service.

Funk’s legacy illustrates a story not only of his own selfless service but also the diligence of his family. Originally inspired by his father to take the oath, the people have been

the driving force behind his continued decades of service. A leader, Soldier, and father himself, Funk believes in what the Army can do for its people.