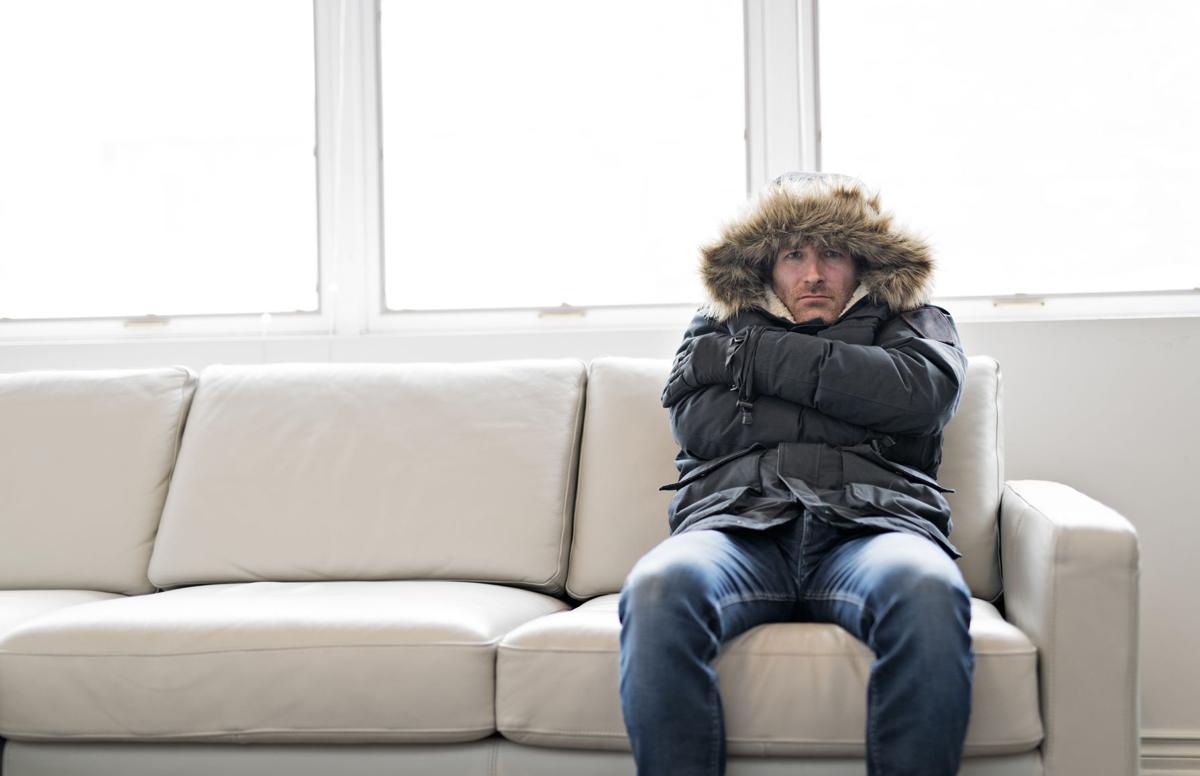 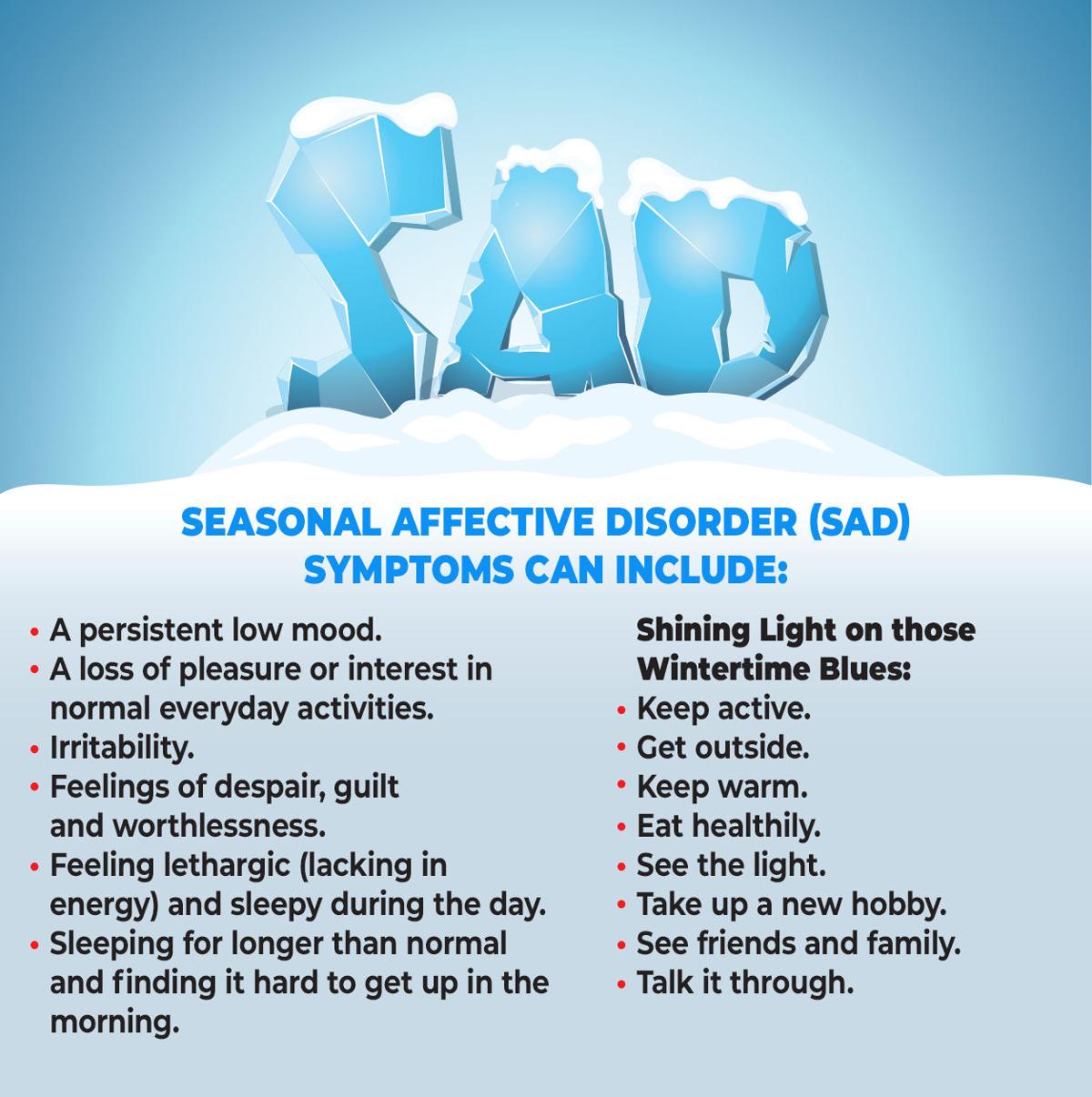 AVAL STATION KITSAP, Wash. — The winter weather forecast will be snow and sleet for some, yet sorrow and sadness for others.

Got them wintertime blues? You’re not alone.

“SAD affects millions of Americans every year and is believed to be more common in parts of the country where the sunshine is less prevalent, such as here. SAD symptoms can include a down mood, loss of interest in activities that are normally enjoyable, change in appetite and in sleep patterns and fatigue and loss of energy. In some cases, thoughts of suicide,” explained Hydes, who is also embedded as the assigned psychologist of Marine Corps Security Force Battalion and Submarine Group Nine Sailors, working out of Branch Health Clinic Bangor.

While there are no compiled statistics on actually how many service members deal with SAD, Hydes notes that mental health complaints in the military are similar to mental health numbers seen in the civilian sector.

There is a difference to someone feeling glum due to their team losing a big game and being affected by SAD.

“Big difference. Having ups and downs in mood is perfectly normal, especially after experiencing a loss like Navy losing to Army. This is very different from what we see in SAD,” Hydes said. “Situational stressors can result in down moods, but these moods are typically shorter and much less severe than what we see in SAD.”

“A dip in mood is common with rainy days and winter months and is not usually a concern,” continued Hydes. “However, when changes in thought and/or behavior occurs, they should seek help. We should look for signs of SAD in our friends and shipmates. Awareness is very important.”

Some of the warning signs include low energy, fatigue, tiredness, low mood, decrease in activity and difficulty concentrating. Other possible indicators of the onset of the winter blues are feeling apathy, being sad nearly every day, pessimistic attitude, excessive sleep and/or poor sleep, irritability, changes in appetite and change in weight.

There are risk factors to consider.

“Risk factors for depression include a history of mental health issues; a family history of depression; a sudden loss such as a divorce or breakup; drug and alcohol abuse; increased stress and social isolation,” Hydes said.

According to Hydes, SAD or not, symptoms of depression should be addressed when they result in behavior or a change in thinking, specifically if centered on thoughts of self-harm.

“When it comes to behavior, we look for any changes. This can include things such as a normally social person choosing to isolate him/herself, or a person who usually sleeps seven or eight hours a night is now staying in bed 12 hours a day or a person with normal eating habits is now not eating. We also assess changes in thought patterns. This can include a person with a healthy self-esteem who now suddenly believes he/she is worthless or unloved. The appearance of suicidal thought(s) is, of course, the most serious symptom and is a clear indicator that immediate intervention is needed,” Hydes stressed.

Alcohol is also a contributing factor in how some attempt to handle being SAD…or not.

“Alcohol affects people’s depression in different ways, but its impact is never good. The best case scenario is that alcohol masks some underlying problem and prevents a person from getting necessary help. Worst case scenario is that the alcohol significantly increases the chance that a person will engage in self-injurious or suicidal behavior,” Hydes said.

All is not doom and gloom, says Hydes. There are ample opportunities available for everyone to shine their own light and beat the wintertime blues.

“Stay physically active and exercise. Get outside even if the weather is crummy. Enjoy the Pacific Northwest. You can’t wait for a sunny day,” Hydes recommended.

For Navy Lt. Justin Hoblet, NHB physical therapist, SAD became a reality after spending the last 16 years living in either Florida, Texas or California before being assigned to his new command.

“I was definitely impacted by the inability to get out in nature as much as I was able in the more sunshine friendly climates. When I moved here. the lack of sunshine was a shock to my system,” Hoblet related.

Both Hoblet and Hydes suggest that another option for someone impacted by lack of natural sunlight and feeling SAD is to invest in light therapy with a light box.

“A light box is an over-the-counter product that generates a soft light. You sit in front of the light for about 30 minutes a day and this can help alleviate the symptoms of SAD,” Hydes said.

“I did some searching and discovered SAD and that light therapy – with a brightness level of 10,000 lux – has been shown to be an effective non pharmacological means to combat SAD. Light therapy has been well studied and has shown to be effective when used early in the morning as it helps maintain a healthy circadian rhythm which is often delayed in those with SAD,” Hoblet added. “If one isn’t sleeping well, then your body isn’t healing itself and one tends to be in a less than optimal mood.”