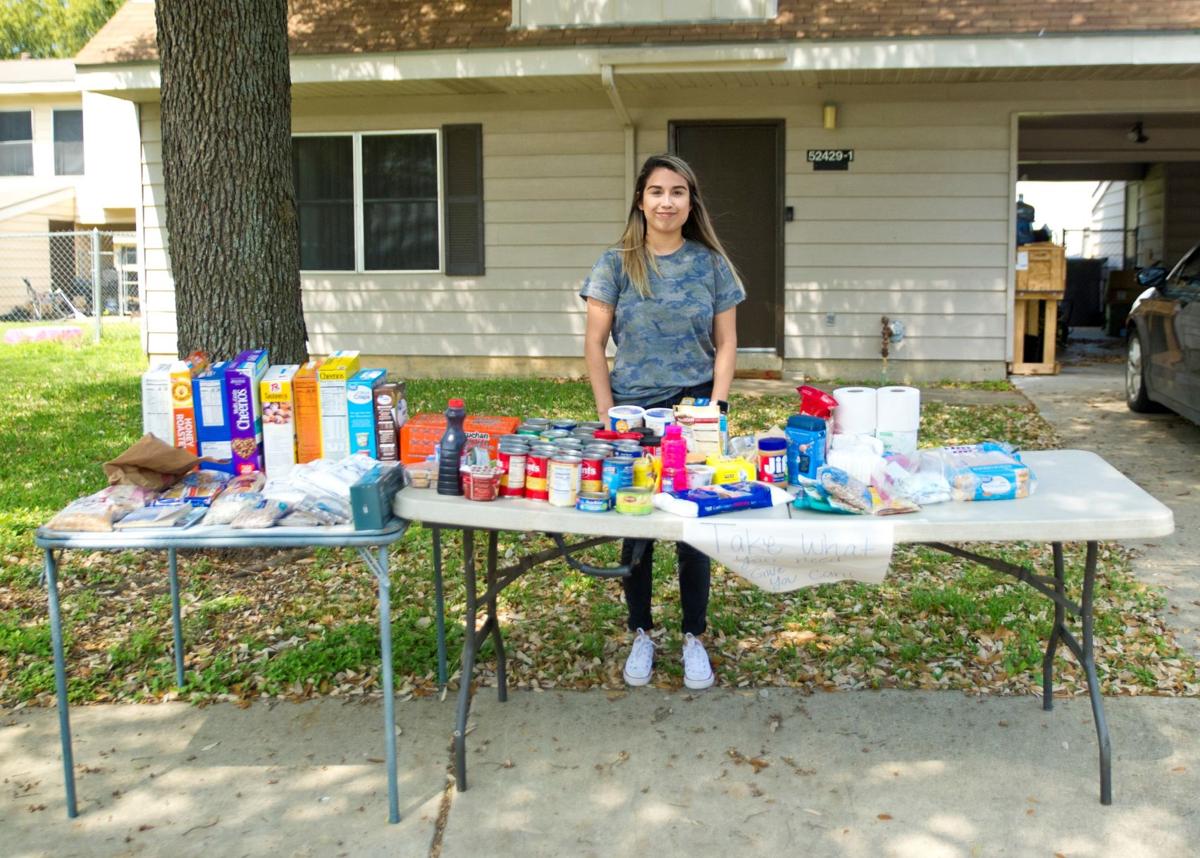 Briana Corey, 23, Army spouse and mother, stands behind her giving table in front of her Comanche III neighborhood home. 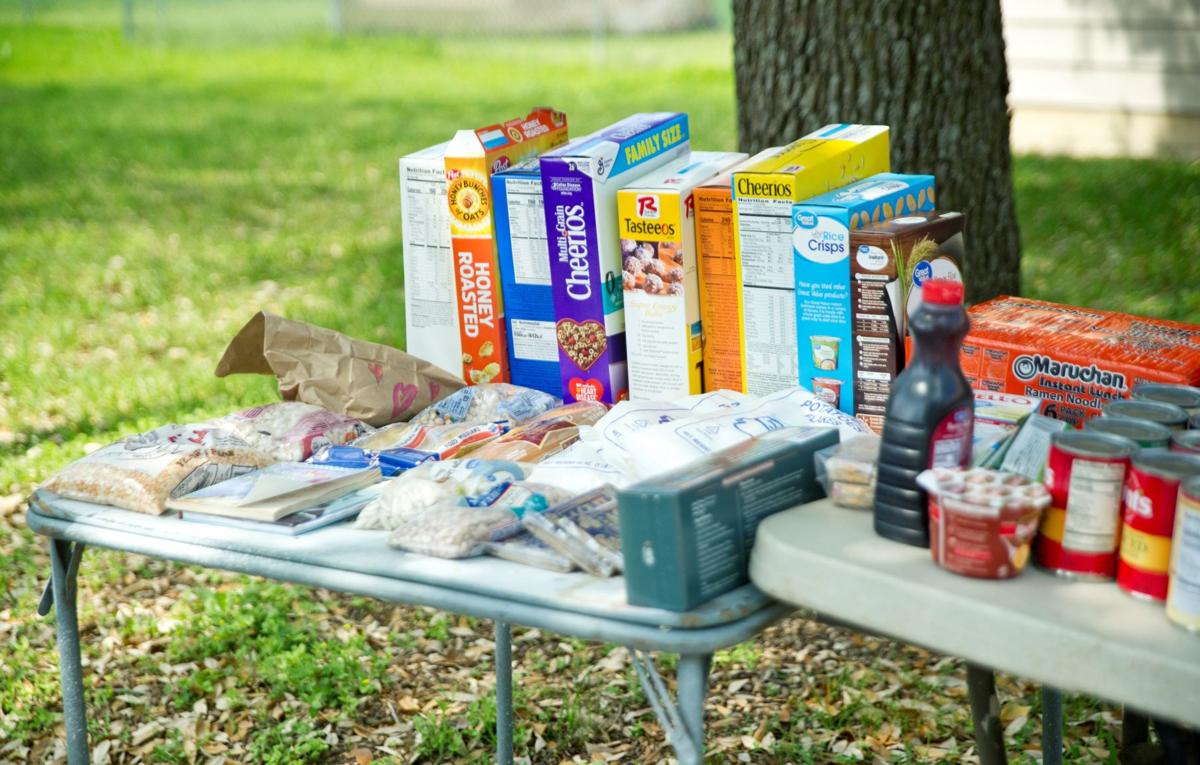 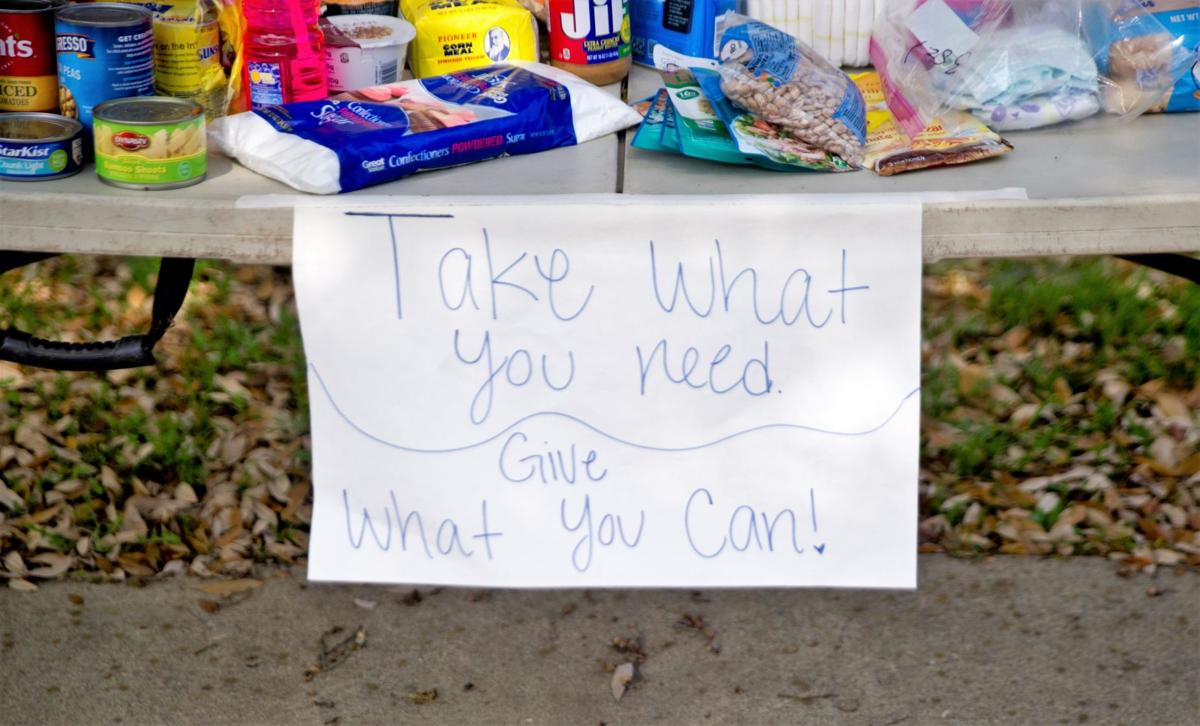 Briana Corey, 23, Army spouse and mother, stands behind her giving table in front of her Comanche III neighborhood home.

“So my son loves raviolis. That’s his lunch — raviolis,” Briana Corey, 23, Army spouse and mother, said about her two-year-old during a Walmart grocery trip. “Literally, this lady takes them all off the shelf, and I was like, ‘Well, can I have like two?’ and she was like ‘No, we need them!’”

Due to the COVID-19 pandemic, grocery stores nation-wide are experiencing shortages on high-demand items, such as toilet paper, eggs, chicken and Clorox wipes.

Although the Fort Hood commissaries are actively restocking their selves, many Soldiers and their families are struggling to get their hands on these high-demand items.

“I think everyone is just going crazy with the coronavirus and they are not allowing other families to get the items that they need,” Corey said.

In an effort to assist those in need, Corey, placed a “giving table” outside her Comanche III neighborhood home.

“It really wasn’t just me — it was the whole Comanche III community,” Corey said. “We go to the grocery store and we can’t find certain items, so I can only imagine people are having a hard time.”

Initially, Corey said she was surprised at the amount of items her neighbors contributed to the giving table. Corey set up the table at 5 p.m., March 25, and by 9 p.m. more than 100 items were donated. By the second day, an additional giving table had to be placed in front of Corey’s residence.

“Thank you so much,” Corey said. “It’s helping so many families in a difficult time like this and I know they really appreciate it.”

Army spouse Krystal Meal, a mother herself, was one of several Comanche III neighbors who donated items to the giving table.

“When at the end of the day, we should be trying to help each other, not kick each other down in a time like this,” Meal said.

Due to the current pandemic, many people are temporarily unemployed.

“People are losing their jobs, COVID-19 is affecting everyone,” Meal said. “I do feel like people need to take a pause, as far as over shopping and hording.”

Although, Corey’s experience at Walmart with a stranger was unpleasant, not everyone is overreacting due to the pandemic.

“Are there things that I could use that I can’t find? Sure, but at the end of the day when I do come across it, I’m not grabbing 10 of them, and now it’s limited to two,” Meal said. “I’m not even grabbing two, because I know there’s someone else that may need it, and if everyone paused and took a second to think about other people — they would do the same — you would think.”

A few people have taken donations off the table in the middle of the night, I think because they don’t want anyone to know they need grocery items, Corey said.

“The biggest thing is don’t be embarrassed,” Meal said. “We aren’t here to judge anybody — we are just here to help and if there’s something that’s not on the table that somebody needs — feel free to knock on my door and ask if I have it.”