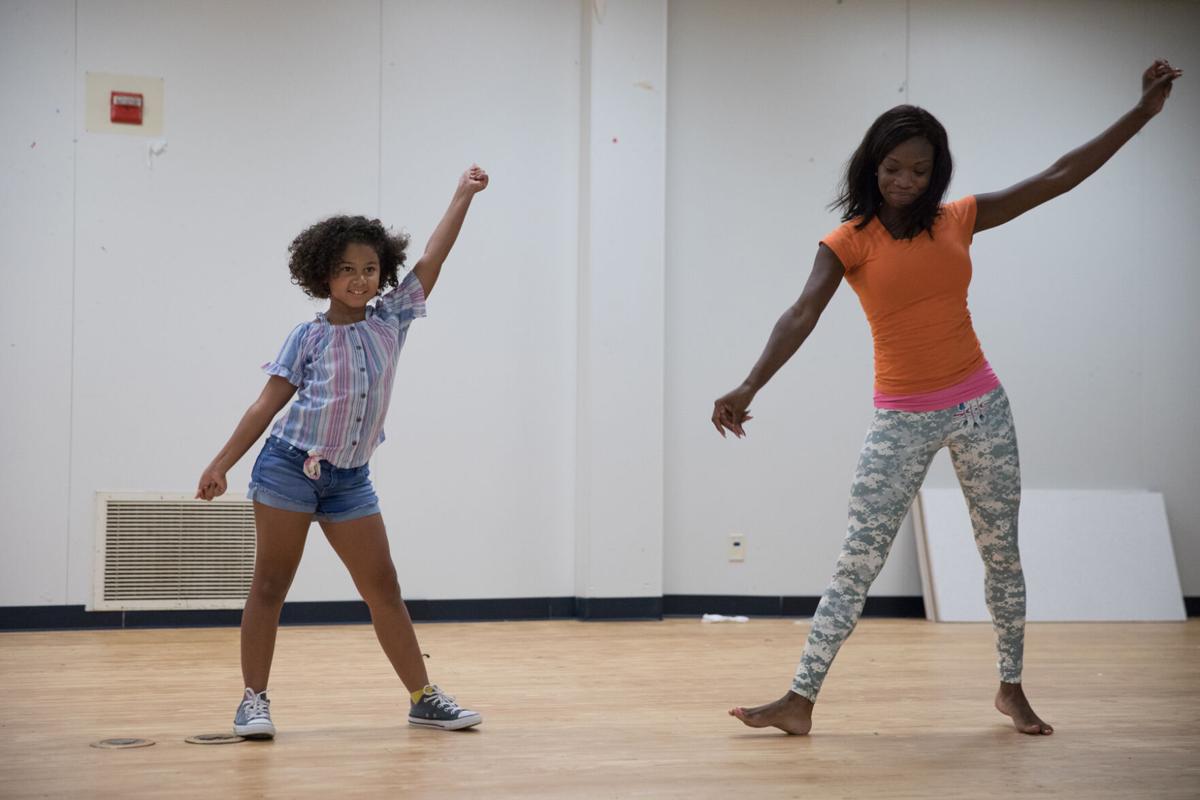 Ianian Perez, 9, and instructor Ciera Jackson perform the warm up dance at the beginning of the hip hop class in Duncan Elementary July 31. 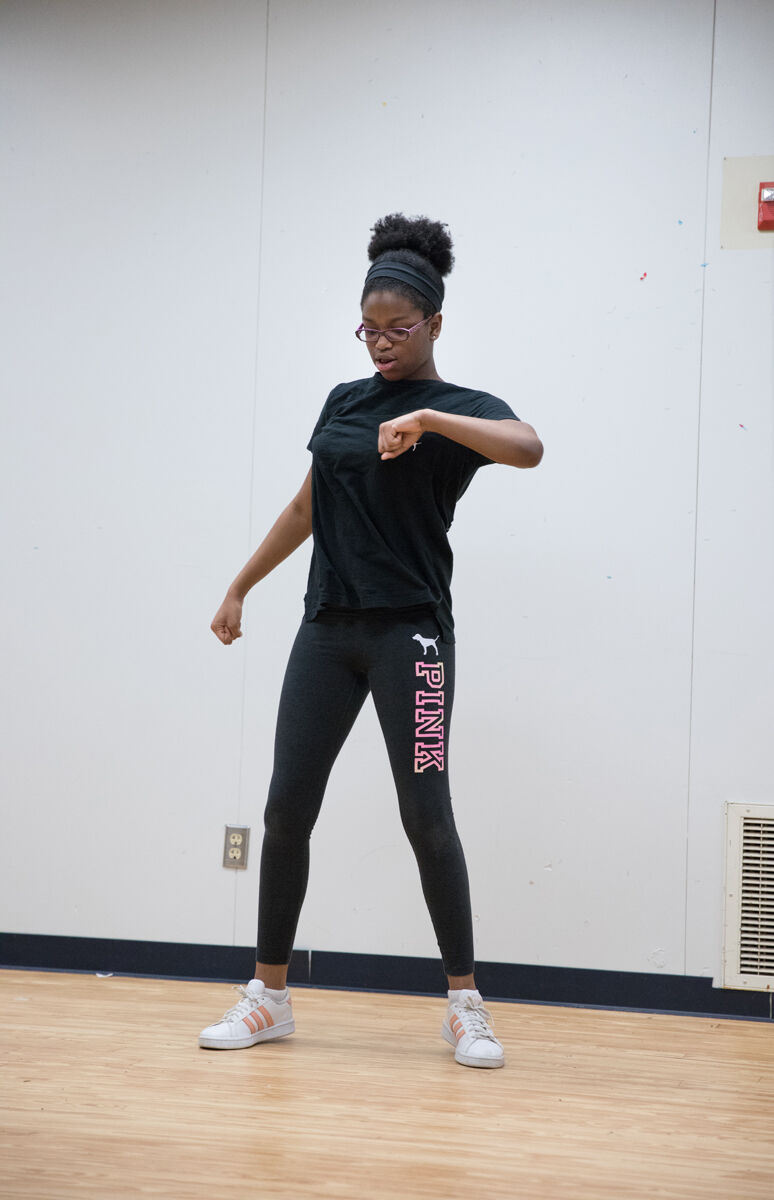 Jaiden Askew, 11, performs to her song of choice. 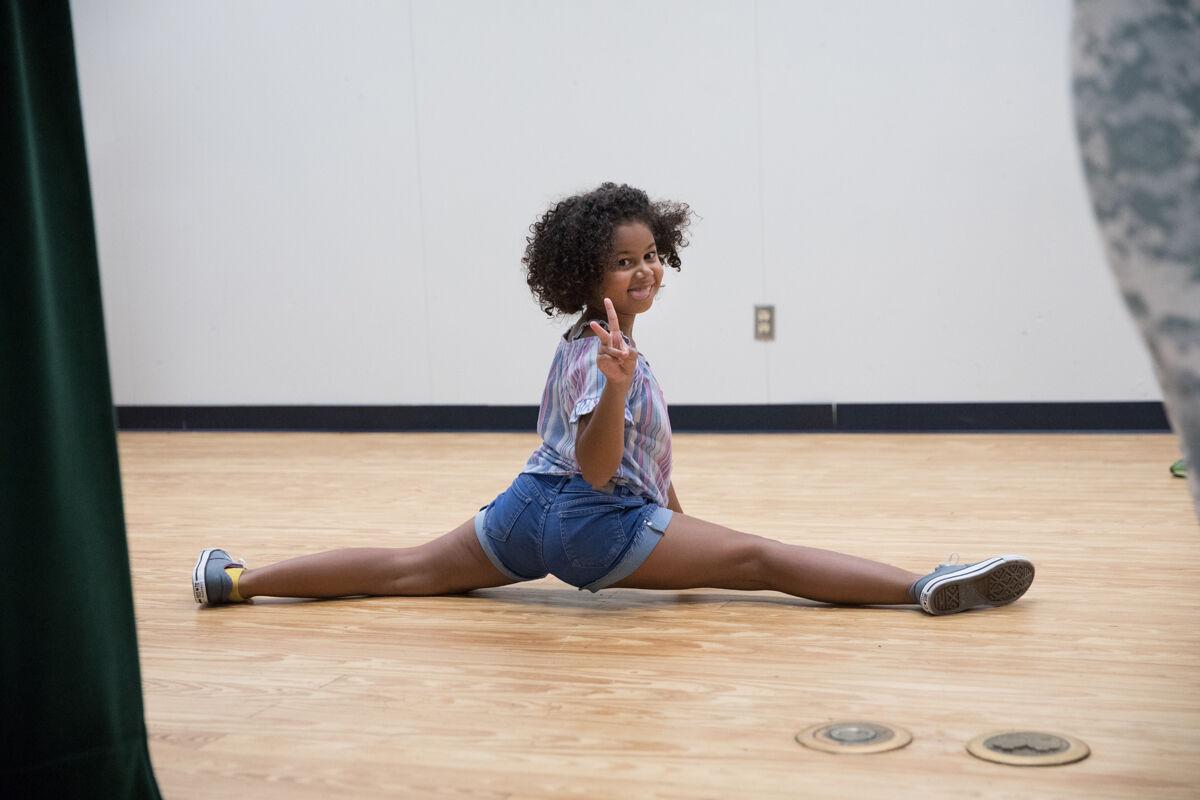 Ianian Perez, 9, goes into a split after performing a flip at the end of her routine during the hip hop class at Duncan Elementary July 31. 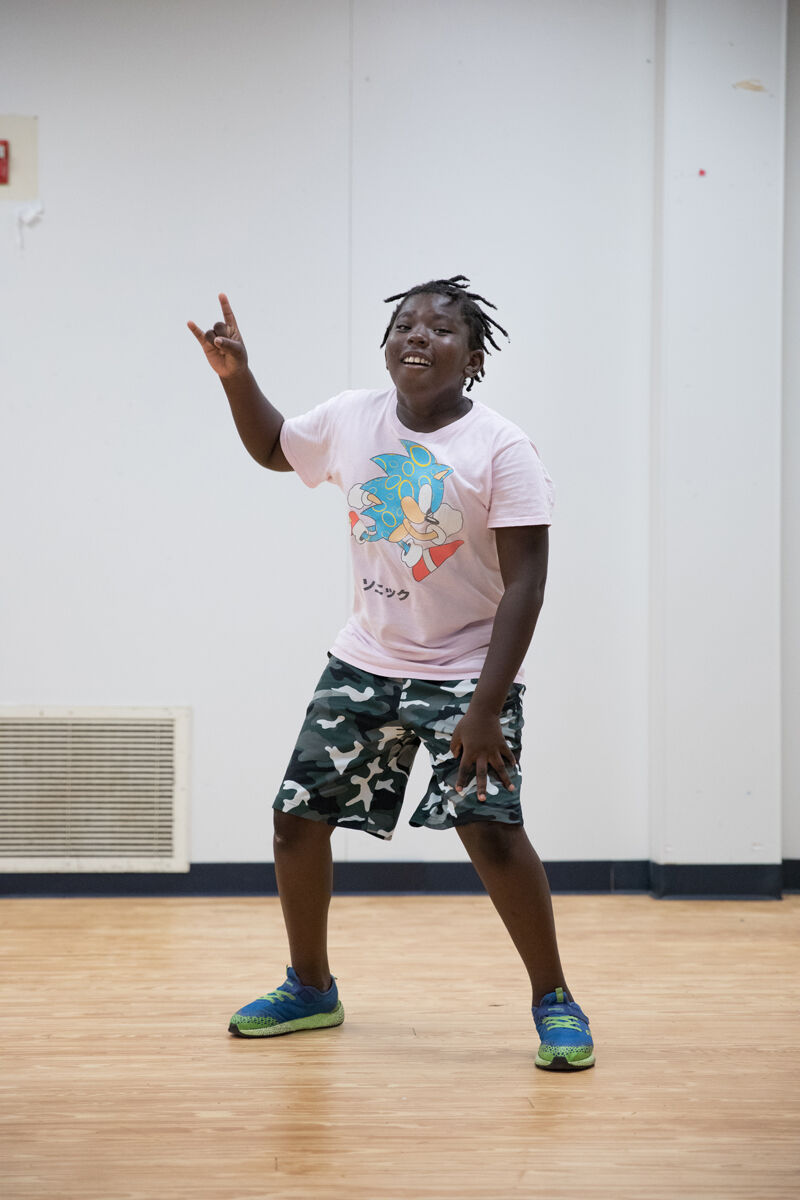 Ianian Perez, 9, and instructor Ciera Jackson perform the warm up dance at the beginning of the hip hop class in Duncan Elementary July 31.

Jaiden Askew, 11, performs to her song of choice.

Ianian Perez, 9, goes into a split after performing a flip at the end of her routine during the hip hop class at Duncan Elementary July 31.

COVID-19 has thrown a lot of people out of their groove, but not the kids in the SKIES hip-hop class.

Hip-hop has been offered through SKIES for the last five years and Fort Hood kids look forward to attending the class Friday evenings at Duncan Elementary School.

“Hip hop is just a fun class for the kids,” Brenda Brown, instructional program specialist with Child and Youth Services, said. “There’s so many dances that are out there now, so the teacher knows whatever the current dance things that are going on, that the kids want to learn, and they can learn it in a safe environment. They’re not going to a club where there might be other people around that are older and maybe not doing the things that you want your child to be doing. This is a safe environmen. There’s not going to be people cursing. They’re not going to have that kind of music where they’re saying those kinds of words and things. It’s age appropriate for the children.”

There’s plenty of room at Duncan Elementary for the kids to space out and learn new dance moves, making it safe amid the pandemic. Still, SKIES is making sure that kids wash their hands frequently and are limiting class sizes to only ten people, including the instructor.

“They love it. It’s something that’s active. Not everybody wants to do ballet and be pretty and spin in a circle. A lot of kids, they want to jump and do fast moves, pop and lock, things like that,” Brown said. “Not everybody’s in that pink tutu kind of mood. Some little kids are just more active and they’re interested in a more active dance style. It’s just as expressive as ballet, but it’s just a different form. Everybody’s art is not the same.”

Instructor Ciera Jackson loves working with kids and enjoys watching the kids express themselves through dance. She especially loves their solos.

“I love to see what they come up with. I just like when they bring new stuff to the table,” Jackson said. “I think that’s my favorite part, to see where they are whether it’s breakdancing or handstands or splits. I teach different classes, but I don’t get to see that until they freestyle.”

She believes that the kids enjoy the music the most, but also the freedom that the dance style provides.

“I always encourage them and I tell them, ‘This is their class, this is a safe place’. I think that’s what they like,” Jackson said. “I let them know this is their class. Of course, I have my things where I teach my dances, but I make sure I include their ideas.”

She also teaches other dance classes on post, including ballet, but she believes that hip hop is more expressive.