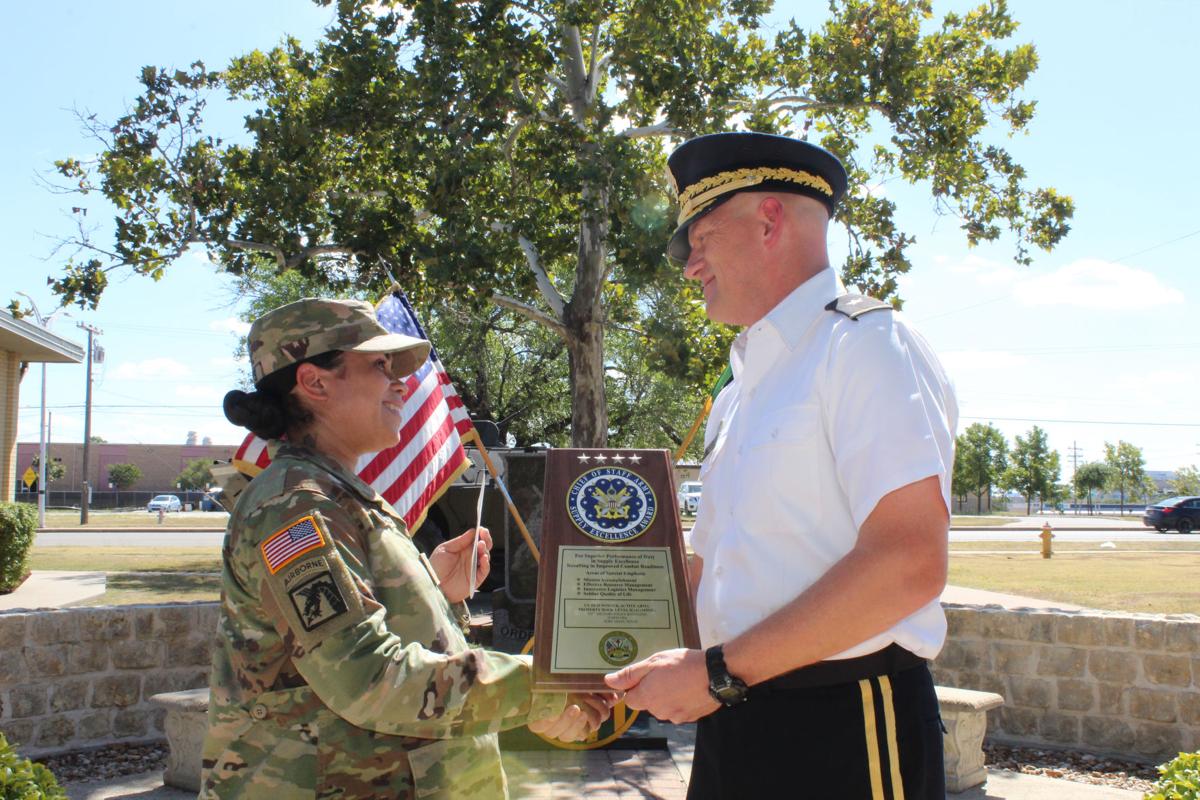 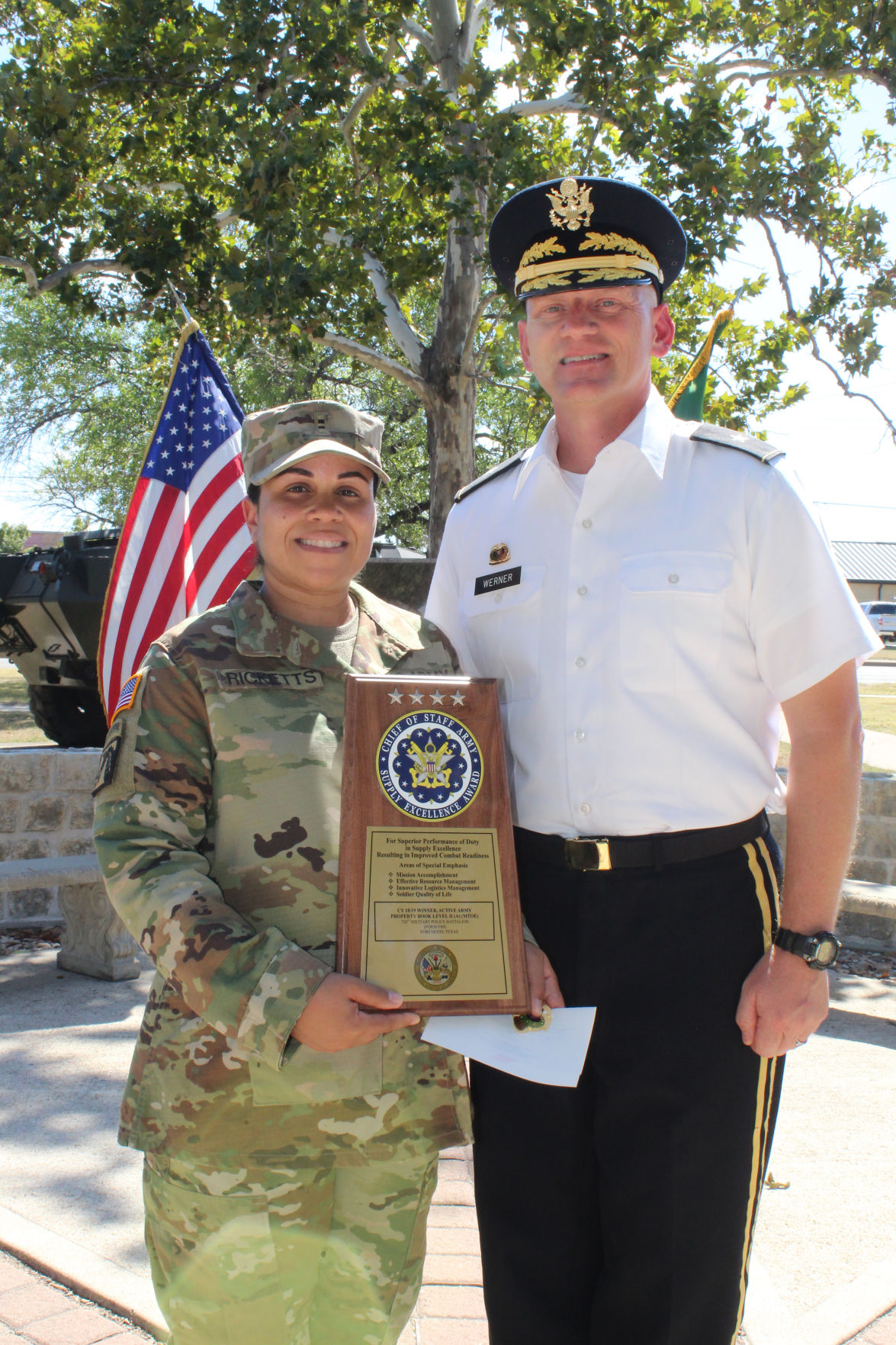 Chief Warrant Officer 2 Kianna Ricketts, poses for a photo with Brig. Gen. Darren Werner, director of sustainment for III Corps, after being presented with the Chief of Staff, Army, Supply Excellence Award, Friday.

Chief Warrant Officer 2 Kianna Ricketts, poses for a photo with Brig. Gen. Darren Werner, director of sustainment for III Corps, after being presented with the Chief of Staff, Army, Supply Excellence Award, Friday.

Highlighting excellence in Soldiers is something Brig. Gen. Darren Werner, director of sustainment for III Corps, said motivates other Soldiers to push the standards and strive for continued excellence.

“What this award is, is supply excellence. In everything we do, we’re always striving to be excellent,” Werner said during the award presentation. “When you wear this uniform, you wear the jersey of a U.S. Soldier.”

Lt. Col. Mike Capps, commander of 89th MP Bde., explained that Ricketts’ award was extremely special because the unit has a unique mission, which includes a lot of equipment on their modification table of organization and equipment.

“From our platforms and all the equipment that goes with our platforms, we are a truck with multiple weapons systems per three people,” Capps said. “The infantry has about 11 people per truck.”

Ricketts served as the battalion property book officer from August 2016 to May of this year and is currently serving as the property book officer of 5th Brigade, an Army Reserve Officer Training brigade at Joint Base San Antonio. She was originally encouraged to put a packet in at the III Corps level. After advancing to the United States Army Forces Command level, Ricketts was selected to compete at the Department of the Army level, one of only three property book officers Army-wide to be selected for the DA level competition.

“This means a lot to me,” Ricketts said. “I’ve been in the Army 17 years and it was something I’ve always wanted to do. I just never put myself out there.”

The Chief of Staff, Army, Supply Excellence Award program was established in 1984, to recognize the achievements of Soldiers within the Quartermaster Branch.

“The Supply Excellence Award just demonstrates the professionalism and the dedication of our Soldiers across the formations,” Werner said. “We recognize the best ones out of all.”

“It means readiness and lethality,” Capps said. “In supply excellence, you’ve got to have lots and lots of systems in place to make sure you can be ready now, get out the door and be lethal when you are out there door.”