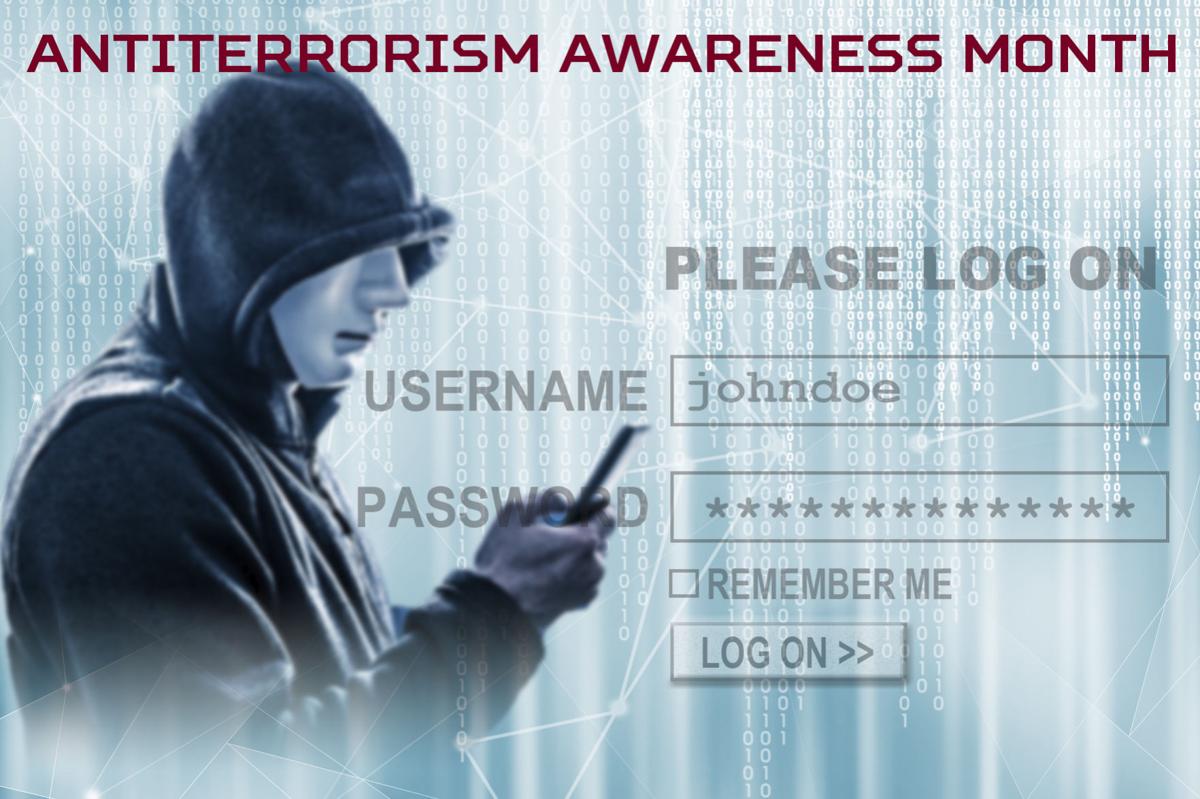 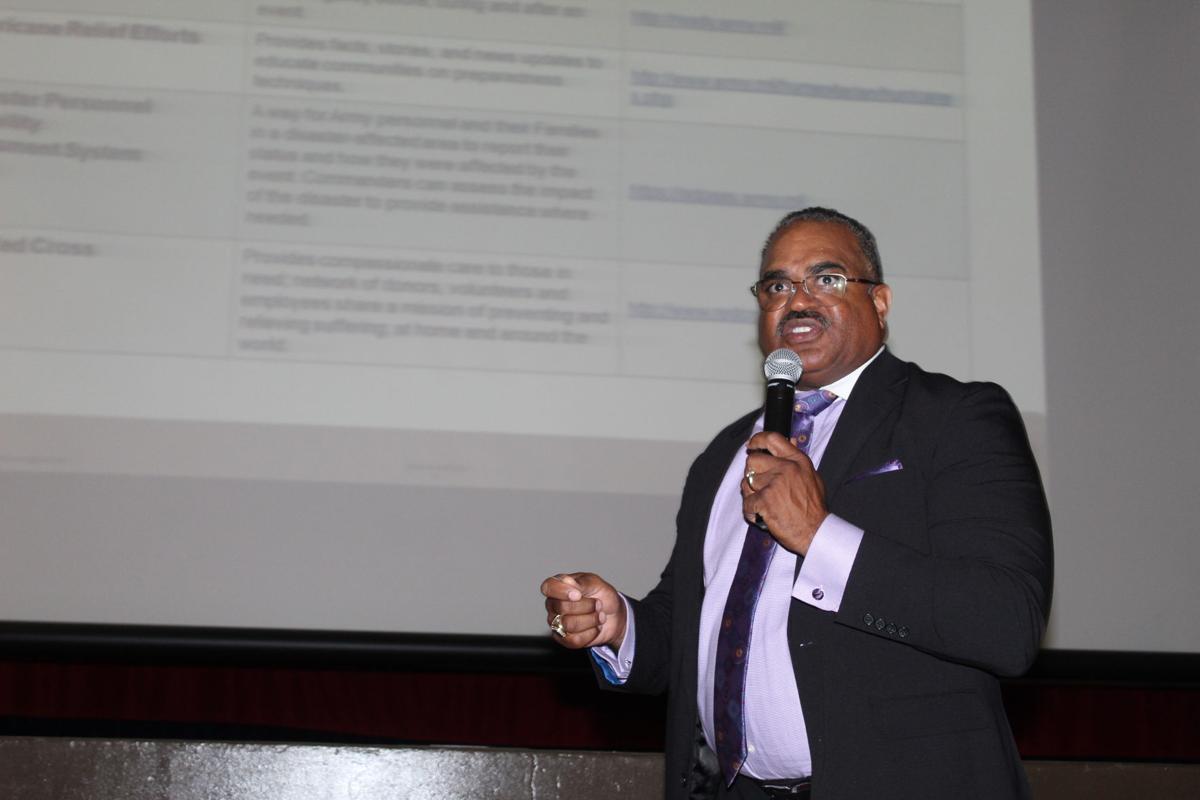 “See Something, Say Something” is truly the success of the protection of Fort Hood, according to Dan Spencer, Fort Hood’s chief of force protection.

August is Antiterrorism Awareness Month, a month designed to raise awareness regarding the threat of terrorism, while also encouraging increased vigilance among the installation.

“It’s just a diligent vigilance – being aware of your surroundings,” Spencer said.

Providing an example, Spencer described a guy with a hoodie walking through a neighborhood on Fort Hood. If several people report the same situation, the military police will know there’s probably a threat. If, however, people think they don’t need to report it because someone else probably did, now there’s a suspicious man walking through a neighborhood and the MPs were never notified.

“What we’re trying to bring to Fort Hood is a culture where everyone is the police,” Spencer said. “The overall intent is to ensure that the whole Fort Hood community is aware of how to protect themselves and some of the threats that are out there and most importantly, how to report it.”

To help mitigate the risk of Soldiers and their families becoming the target of terrorism, the Fort Hood Force Protection office is conducting a series of training opportunities throughout the month. Classes are designed to prepare people for threats they might face and include Threat Information Sharing and Suspicious Activity Reporting, Threat Awareness Reporting, Special Events, Antiterrorism Level 1, OPSEC and Ready Army Emergency Preparedness.

Spencer said the classes on Threat Awareness and Reporting, Antiterrorism Level 1 and OPSEC Level 1 fulfill annual training requirements for Soldiers and Department of the Army civilians. Family members are also encouraged to attend the seminars.

The classes are being held at a different time each week, so those who can’t make it at 9 a.m. every Tuesday, for example, can still receive their required training. There is only one more seminar this month, being held from 9 a.m. to 3:30 p.m., Tuesday.

“It is our intent to communicate with the public the threat, without the impact of a threat,” Spencer said.

Spencer said some of the key things Soldiers can do as a protective measure is to familiarize themselves with their surroundings and blend in with the public. He also suggested people vary the times they come and go from work, adjust the lighting schedule of their home, keep doors closed and keep an eye out on their neighborhood.

“The big part is, the more eyes we have on, the better is the See Something, Say Something” campaign, Spencer said. “If we have everyone reporting – no matter how minute – it helps us paint a picture and get a feel if a threat does exist on Fort Hood.”

Spencer said people can call 254-288-COPS (2677) if they see anything unusual. A lot of terroristic activity or active shooters have given red flags that were ignored. He said some of the red flags could include coming into work at unusual hours, violent outbursts and loners between the ages of 19-38.

Durbin said people become complacent in their duties and make mistakes which could lead to a cyber threat, describing that once people establish a normal routine at work and become comfortable, they need to remember to always be vigilant.

“We’re trying to change the culture so that every time you get up from your desk, if you’re not within arm’s reach of your CAC card, make sure you take it with you,” Florez said.

Durbin agreed, reminding people that although it would be nice to trust all those you work with, they can’t always be trusted. All it takes is one minute for someone to log in and send something bad from your account and you would be the one blamed.

At home, Durbin recommends people keep their anti-virus software updated. Although he said people shouldn’t work from home, he knows they do.

“People like to go home and log in on their personal computer, do some work and then email themselves some stuff back and forth,” Durbin said. “I don’t know if they’re maintaining their computer at home and they might have a virus they’re sending through attachments.”

Spencer said if someone clicks a link, their information – as well as the information on all the computers linked to that router – could be compromised. If someone happens to bring a work laptop home and is connected to the router, then brings the now infected laptop back to work, it puts the entire office at risk for a virus, as well as the risk of classified information landing in the wrong hands.

Instead, Durbin said people should, “Leave work at work – keep your work stuff at work and keep your home stuff at home.”

Florez said that it also helps if leaders becomes more engaged. He said they can go in and tell people about cyber security, but people will immediately forget unless their leaders push the issue.

Spencer said they have begun to engage senior leaders. He said the hope is to start at the top and train commanders to talk to their troops. He believes the information carries more weight coming from the commander, instead of a stranger leading a class.

“People are watching,” Durbin said regarding operations security. “This is the largest U.S. military installation in the world – we are a target, for sure.”

With the popularity of social media, Durbin said people have to be careful what they say or post online regarding troop movement, even the simplest of things can give the wrong person a lot of information about a Soldier’s life.

Excited about the return of a deployed loved one, Soldiers and military family members often violate OPSEC without even realizing it. Even if social media accounts are set to “family only” or “family and friends only,” posts are shared and once that information is out, it puts troops at risk.

Posting seemingly innocent things on social media such as #3MoreDays or #MissingMySoldierInIraq can put the spouse and Soldier in harm’s way. Proud of their Soldier, even children say things that give away a lot of personal information – name, rank, unit, job, deployment information, etc.

“Since we are a target, we really need to be vigilant with the information we’re sharing with the public,” Durbin said.

In the event of a threat on Fort Hood, Spencer said people can feel rest assured knowing someone is always monitoring the installation. He said Fort Hood is unique in that it has both and Emergency Operations Center and an Installation Operations Center, which monitors suspicious activity and alerts the community.

One of the ways Fort Hood notifies those living and working on the installation is through AtHoc, an emergency mass-notification system which will alert people via phone call, text or email in the event of an emergency situation, including extreme weather conditions. People can sign up for AtHoc by calling Fred Corbin, emergency management specialist for Fort Hood’s Directorate of Training, Mobilization and Security, at 254-553-2782.

Those without AtHoc will be notified via the Fort Hood website, https://home.army.mil/hood/index.php, or by listening to the “giant voice.”

Fort Hood’s mass warning systems consists of 27 giant voice towers which will notify the installation in the event of an emergency, along with public address systems located inside buildings. Spencer said the notification may not always initially identify the threat, but will let people know if the installation is on lockdown, if there’s a tornado in the area or any other emergency situation.