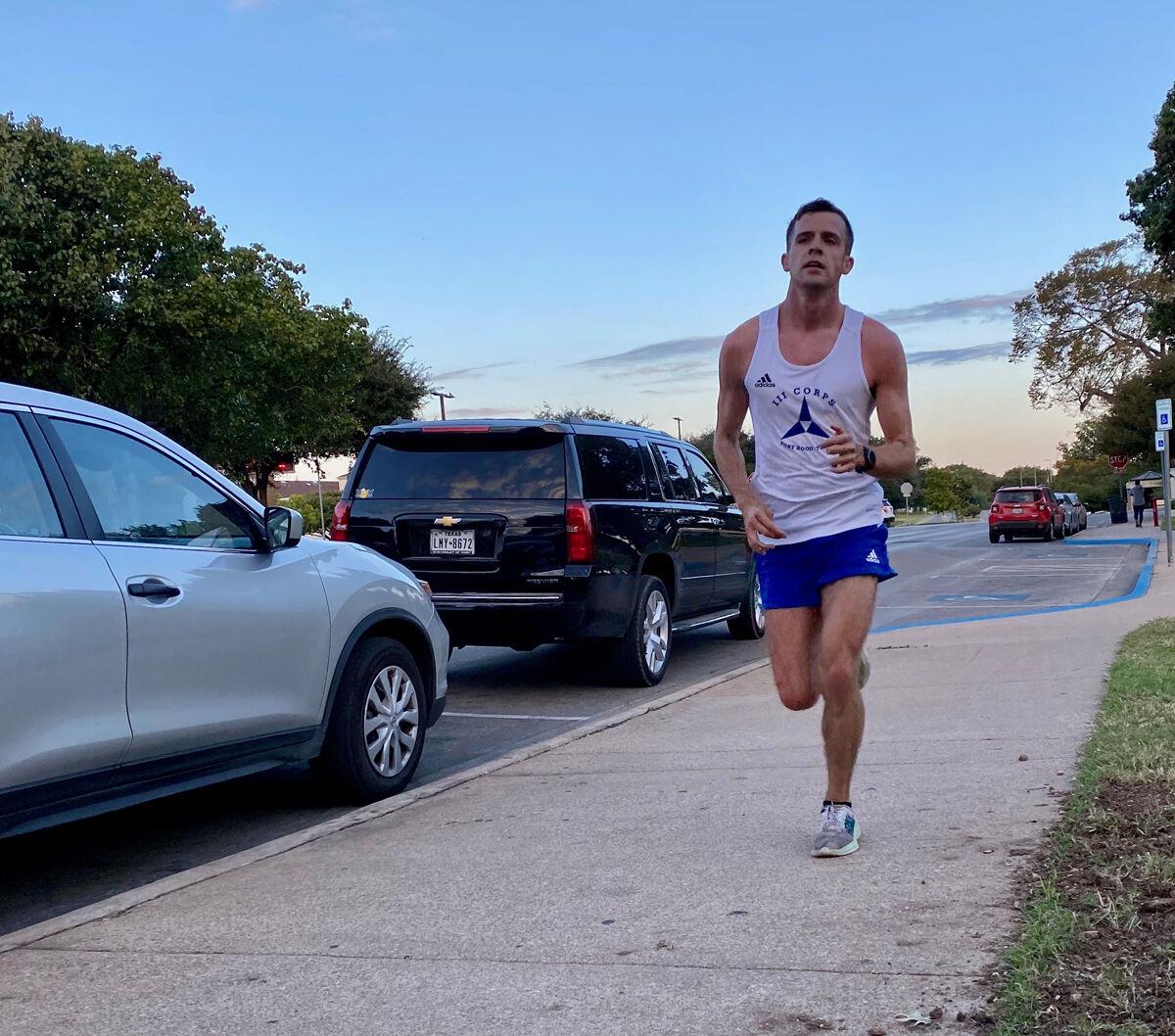 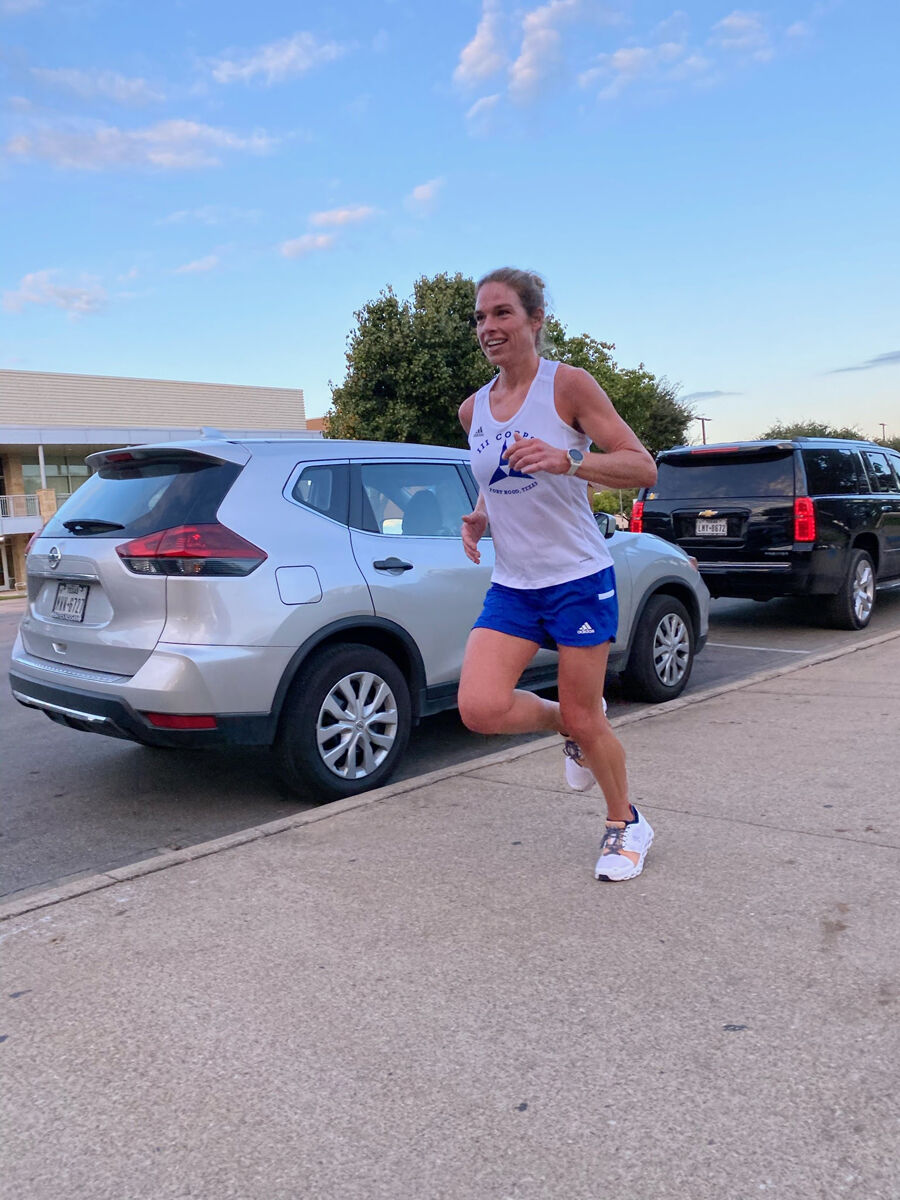 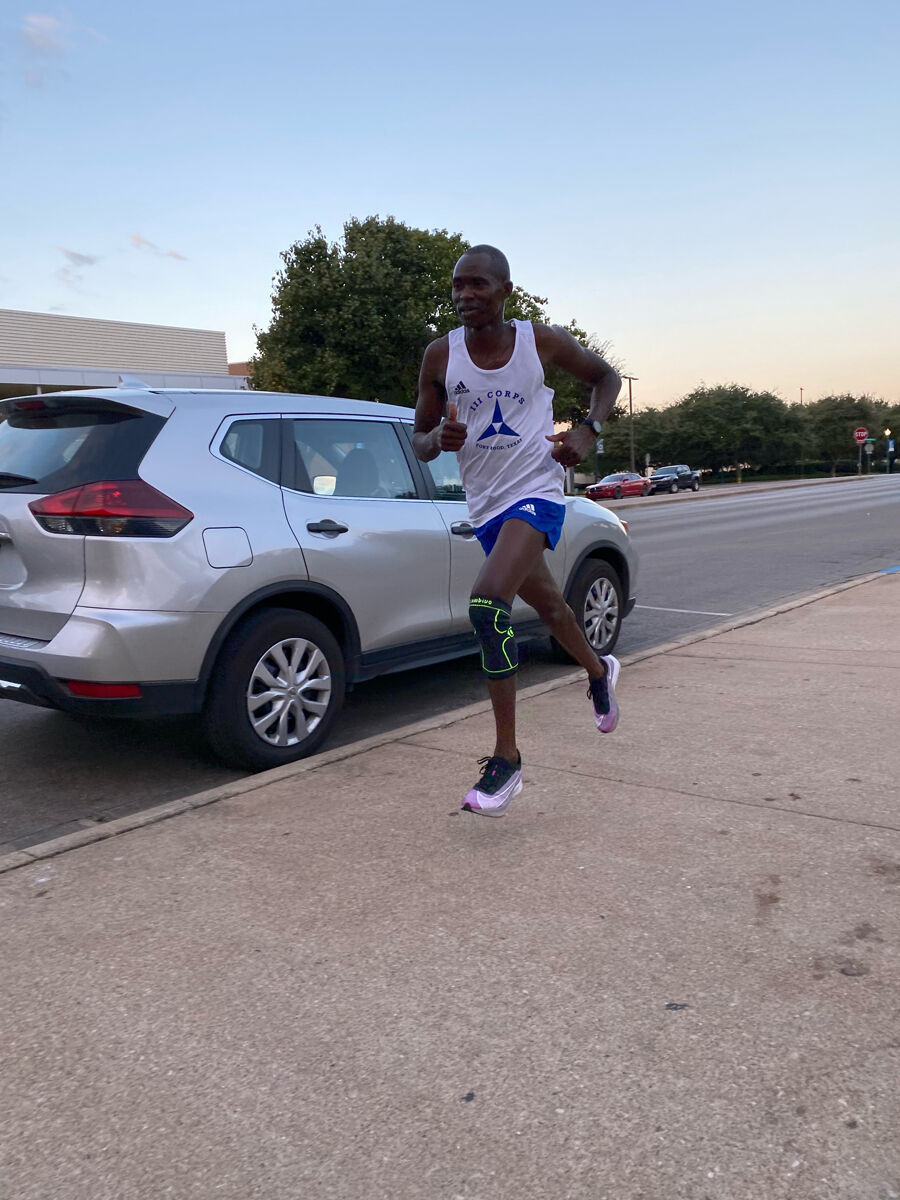 Spc. Aflred Kitur, 3rd Cav. Regt., runs the virtual Ten-Miler in Cameron Park in Waco. This was his first time running with the Fort Hood team. “We have a really nice team. The team, the coaches were really good and hopefully we’ll have the same people again next year and hopefully we will win (again),” he said.

Spc. Aflred Kitur, 3rd Cav. Regt., runs the virtual Ten-Miler in Cameron Park in Waco. This was his first time running with the Fort Hood team. “We have a really nice team. The team, the coaches were really good and hopefully we’ll have the same people again next year and hopefully we will win (again),” he said.

The official results of the Army Ten-Miler are in and for the first time in many years, Fort Hood has won first place in the active duty mixed category with a combined time of 3:47:53.

There are several different categories for the Army Ten-Miler. The active duty mixed category combines the three of the fastest male runners’ times with the fastest female runner’s time.

Last year, Fort Hood came in second place by only a few minutes, so this victory was very sweet and well deserved.

“We came so close last year. So, it’s pretty exciting to get that notice that we got first this year,” Withers, who has competed with the Fort Hood Ten-Miler six times, said.

“It feels great to be on the first place team, particularly because the team has a great group of people to train with and be around in general,” White, who’s run with the Fort Hood team once before, said. “The team worked very hard week in and week out and deserved the success it had on race day.”

COVID-19 put a wrench in their normal training plan, since they begin training for the race almost a year in advance. Many of them thought things would be back to normal by the time of the race, however as time went on, they were worried that it might not happen. Despite this, they kept working hard, training and encouraging each other.

“COVID put everything on pause. We weren’t meeting up in groups anymore, but we were still kind of doing the workouts and … sending each other motivational (messages) like, ‘We can do it’ type of stuff,” Withers said.

They agreed that keeping the tradition of the Ten-Miler alive was very important, despite it being held in a non-traditional way.

“I think it’s still a great way to build camaraderie and pride for your installation, even if it was not a traditional race,” White said.

Though this year’s Army Ten-Miler was held virtually, the Fort Hood team elected to run together in Waco, while maintaining social distancing, in order to encourage each other throughout the race. They all credit the efforts of their coach Staff Sgt. Jorge Hernandez, Phantom Warrior Academy and Capt. Eduardo MendezLanda, Troop B, Carl R. Darnall Army Medical Center, to keep the team ready for the race despite the challenges COVID-19 threw their way.

Kitur, who ran with the Fort Hood team for the first time this year, believes being together helped them be successful, along with the team working together and being resilient, and he has high hopes for next year.

For more Army Ten-Miler results, visit their website at https://www.armytenmiler.com/results.