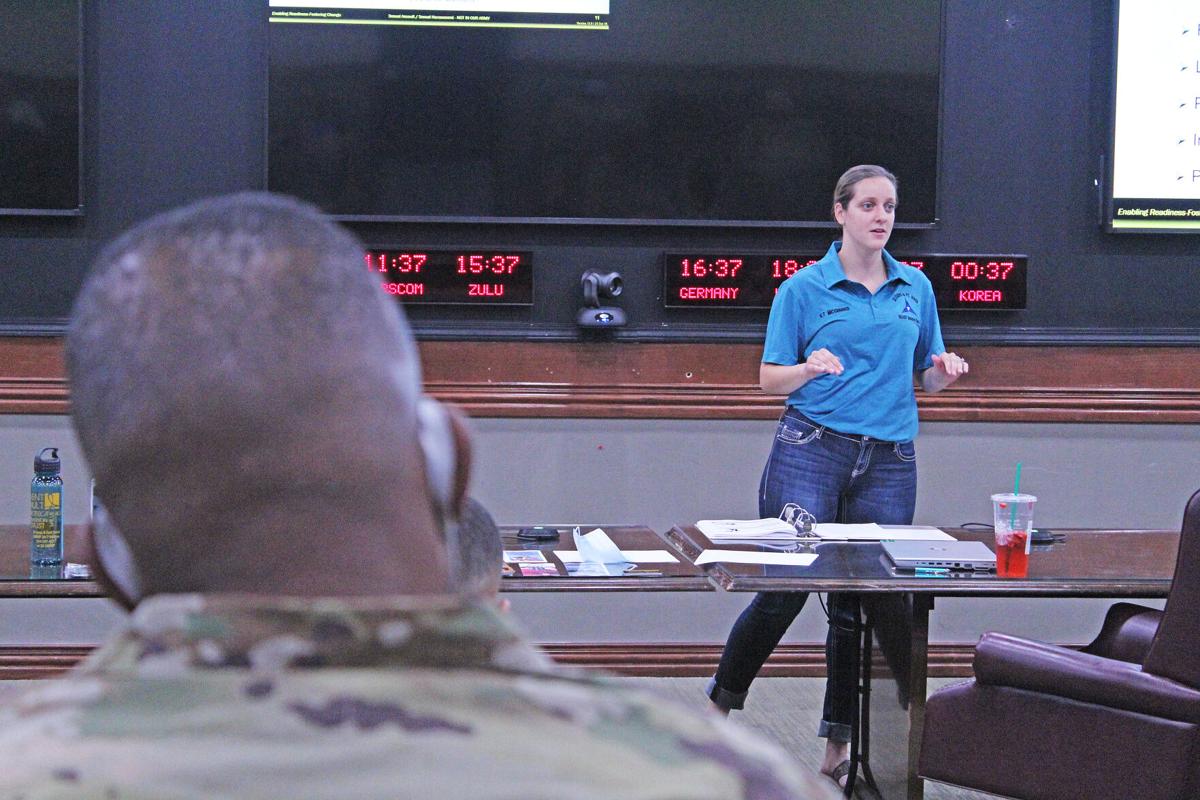 “I’m their support system,” Elsa Jansen said, describing her position as a Sexual Harassment and Assault Response and Prevention program victim advocate. “Sometimes, as a victim advocate, I’m the only person they’ve told.”

“We’re a team – we have to be a team,” Jansen explained. “We’re advocating for the victim and for the program.”

The two women have been working alongside one another for more than two years, sharing expertise with one another and being a confidant for victims. Contreras said she has learned a lot from Jansen, who has worked as a victim advocate for the military since 2012 and has worked with crime victims for more than 20 years.

“I provide information, referrals. I do safety planning, I accompany the survivor to whatever appointment they need that’s related to the incident,” Jansen said. “If they choose to get a medical exam, I can accompany them to that.”

The role of a victim advocate is to provide essential support, explain reporting options, coordinate unit transfer options and assist the victim in making informed decisions.

Meanwhile, Contreras described the brigade SARC as a liaison who coordinates everything for victims of sexual harassment and sexual assault. If a Soldier wants to see behavioral health or speak with a chaplain, for example, the SARC can schedule those appointments to relieve that burden off the victim.

“The SARC is responsible for setting up services and making sure those services are what the Soldier needs and are meeting the needs of the Soldier,” she said, explaining that she can also change providers for Soldiers, when needed. “If the provider is not working for the person, we can change the provider. It could just be a personality conflict.”

All SARCs and victim advocates must complete the SHARP Foundation Course, and 80-hour course that trains Soldiers how to effectively respond to sexual harassment complaints and sexual assault reports. They are also trained how to lead SHARP training, which is an annual requirement for all Soldiers to attend.

“Not only are we responsible for training, but we are the people in the unit that you should know and trust because we are holding ourselves to that standard that we can talk to because we are here for you,” Contreras said.

Sgt. 1st Class Ashen Garcia-Ruiz, III Corps and Fort Hood SARC, said brigade SARCs are selected by the commander, following an in-depth interview process. The commander looks for someone who is understanding and knowledgeable about the program.

“What leaders are looking for is an individual who understands the importance of the program,” he explained. “We don’t want to put just anyone in position of trust. Commanders like to see the person face-to-face and find out if they’re an upstanding person.”

After the commander selects someone, he or she then needs to pass a very thorough background check through the United States Army’s Human Resources Command. It is only after passing the background check that a Soldier is sent to the SHARP Foundation Course.

McGinnis said many Soldiers don’t report sexual harassment or sexual assault for several reasons. Some may feel embarrassed or confused, while others simply don’t understand their options or don’t feel comfortable speaking with their unit SARC.

Editor’s Note: This is part two of a five-part series the Fort Hood Sentinel is writing in regards to the Army’s SHARP program. The next article will focus on the Fort Hood WeCare app. If you are a victim of sexual harassment or sexual assault, reach out for help.