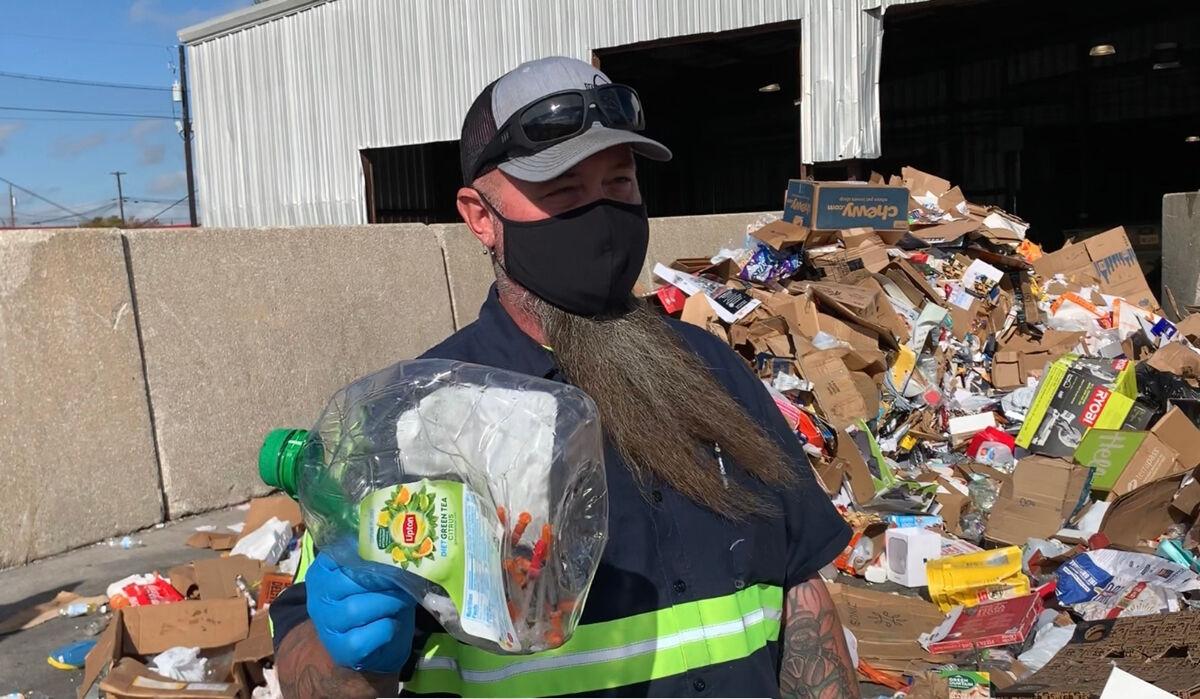 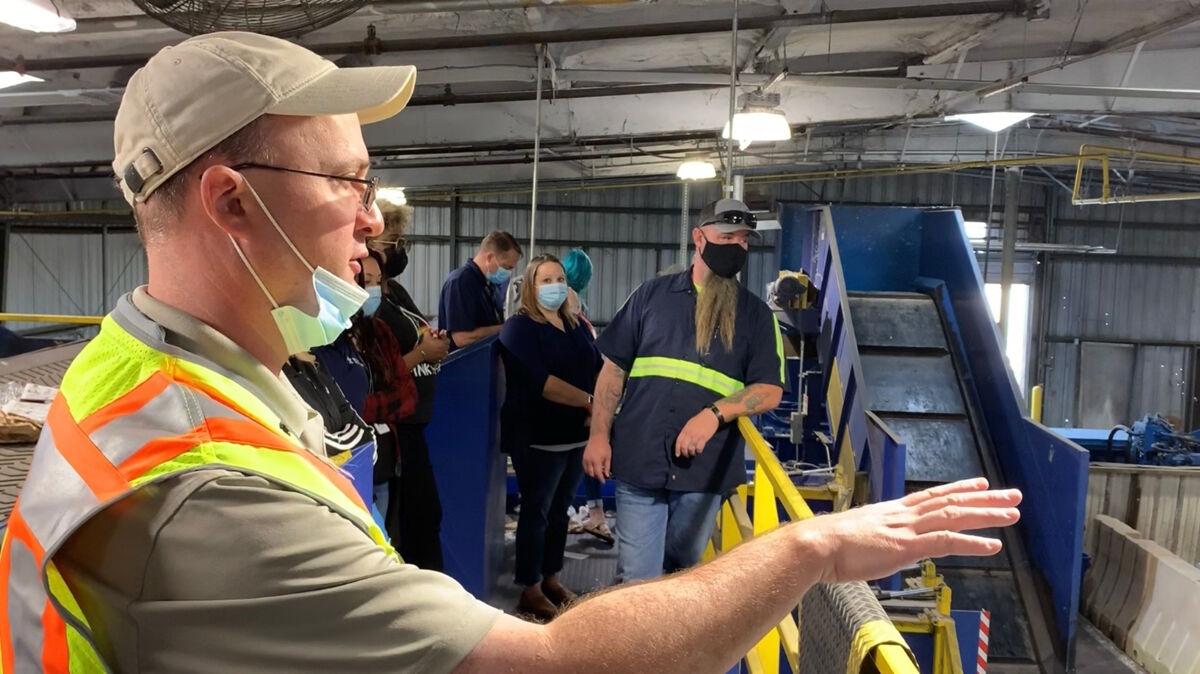 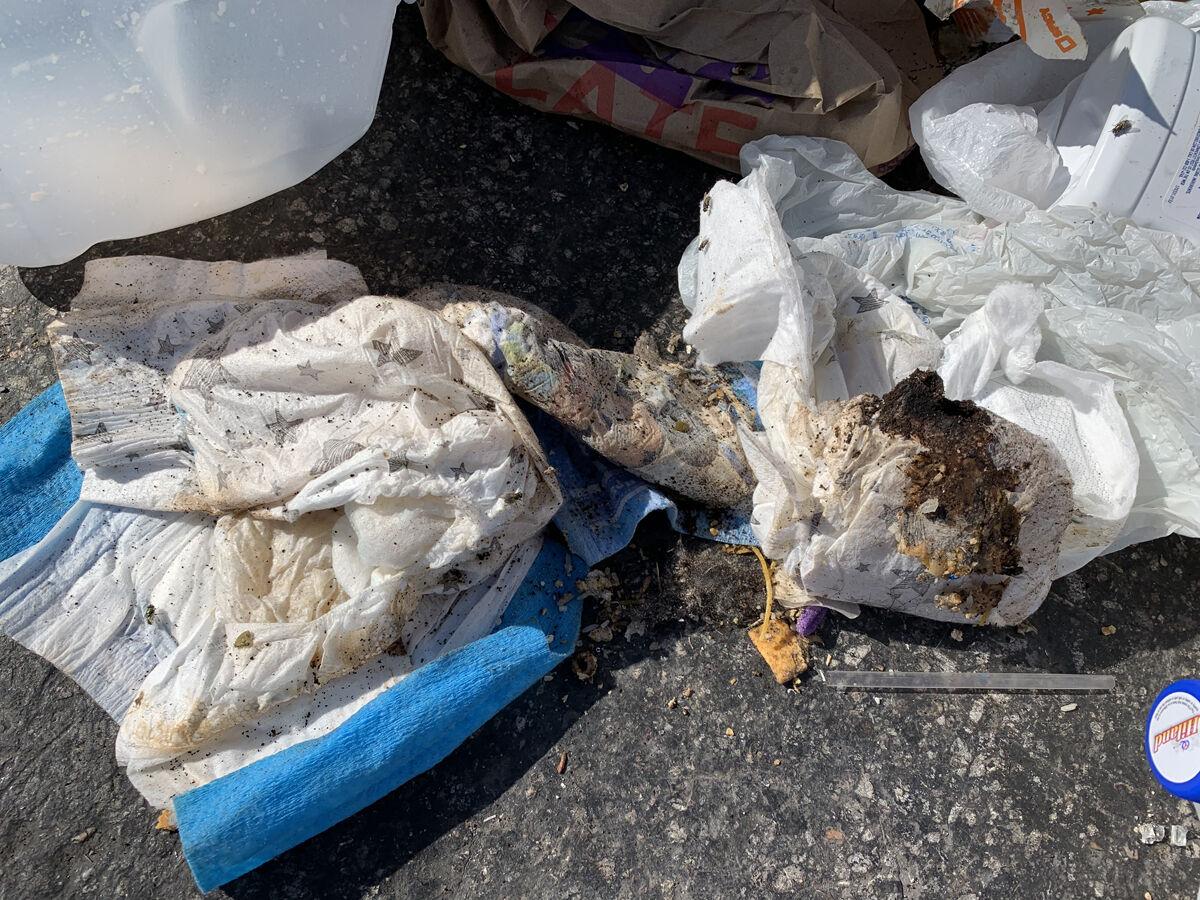 Soiled diapers are among the many contaminates recycle team members encounter regularly at the recycle center.

Soiled diapers are among the many contaminates recycle team members encounter regularly at the recycle center.

Jeanine Clark, Joyce Goodwin, Tara Chapman, Erich Burr and Vanesa Leguillow are the everyday team members who help keep Fort Hood Recycle running, and each are connected to the military community as a veteran and/or spouse. They are grandparents, parents, brothers and sisters who regularly encounter dangers of bloody gauze, sharps, ammunition and animal carcasses.

“Individual people are actually touching all of these items,” Timi Dutchuk, chief of environmental programs, Directorate of Public Works, said. “The bottom line is, if you don’t want yourself, your spouse, your mother or your child to touch it, then don’t put it in the recycle bin.”

Dutchuk and recycle team members provided a tour for Fort Hood Family Housing community managers and the Resident Advisory Board, providing insight to the daily dangers, contaminates and challenges at recycle center.

“These are things we have just seen in the perimeter of the load,” Michael Bush, operations manager, Fort Hood Recycle, said. “We have not gotten equipment in there and spread the load out. I can guarantee you that there are a lot more contaminates not visible.”

Clark who has been working at the recycle center for almost 13 years shared with community managers and residents the everyday challenges.

“When we started receiving these trucks from housing, we noticed dead dogs, cats, goat heads, genie bags full of soiled diaper and needles,” Clark said. “When contaminates like poop get on the recycle line, it smears the line and we have to clean it up. I love working here but dealing with this right here, this is a no-no.”

Erich Burr, maintenance facility supervisor, Fort Hood Recycle, added that team members have had to upgrade their personal protective equipment to protect themselves from hazards.

“When I started here, almost three years ago, we didn’t wear but a simple puncture resistant glove, but now I’m up to a level nine puncture resistant glove,” Burr said. “I can take a 22 penny nail and a hammer and it will not go through the palm of that glove. It is as stiff as cardboard, to make sure our team doesn’t get stuck with sharps and goes home safe to their kids, grandkids and their spouses.”

Four years ago, Fort Hood Recycle upgraded its system to convert it to a single stream recycle facility, helping to streamline and simplify the process. Since then, Soldiers and their families can easily place their recyclables in a single container, but challenges of contamination have also increased.

Dutchuk explained that the housing material is so highly contaminated that Fort Hood Recycle isn’t raising any revenue from it.

“The revenue earned after our operating costs, we can offer for safety and pollution prevention projects, and what we spend most of it on is morale events for Soldiers and their Families,” she said. “The fireworks you see at 4th of July are paid by recycle, and UFC fight nights, music on the lawn and various single Soldier events are paid by recycle. Everything we could make here, above our operating costs, could go back to the community.”

“When people hear single stream recycling, they think they can put anything into the container,” Bush said. “We also call it wish-cycling. Individuals have the mindset of ‘oh, they should be able to recycle this so let’s just throw whatever in there.’”

Bush emphasized that single stream recycling means ensuring that the correct items like cardboard, paper, plastic, metal cans and glass bottles are recycled loose in the bins and containers with no plastic bags.

“Even though single stream makes things more efficient and makes it easier to recycle, we need to get the right things in the bins, not only so the program can continue to be profitable but also for the safety of our employees,” Bush said. “Remember, if you don’t want your hands in it, we don’t want our hands in it either.”

For information on recycle resources, call Fort Hood Recycle at 254-248-5441 or visit Facebook.com/FortHoodRecycle.