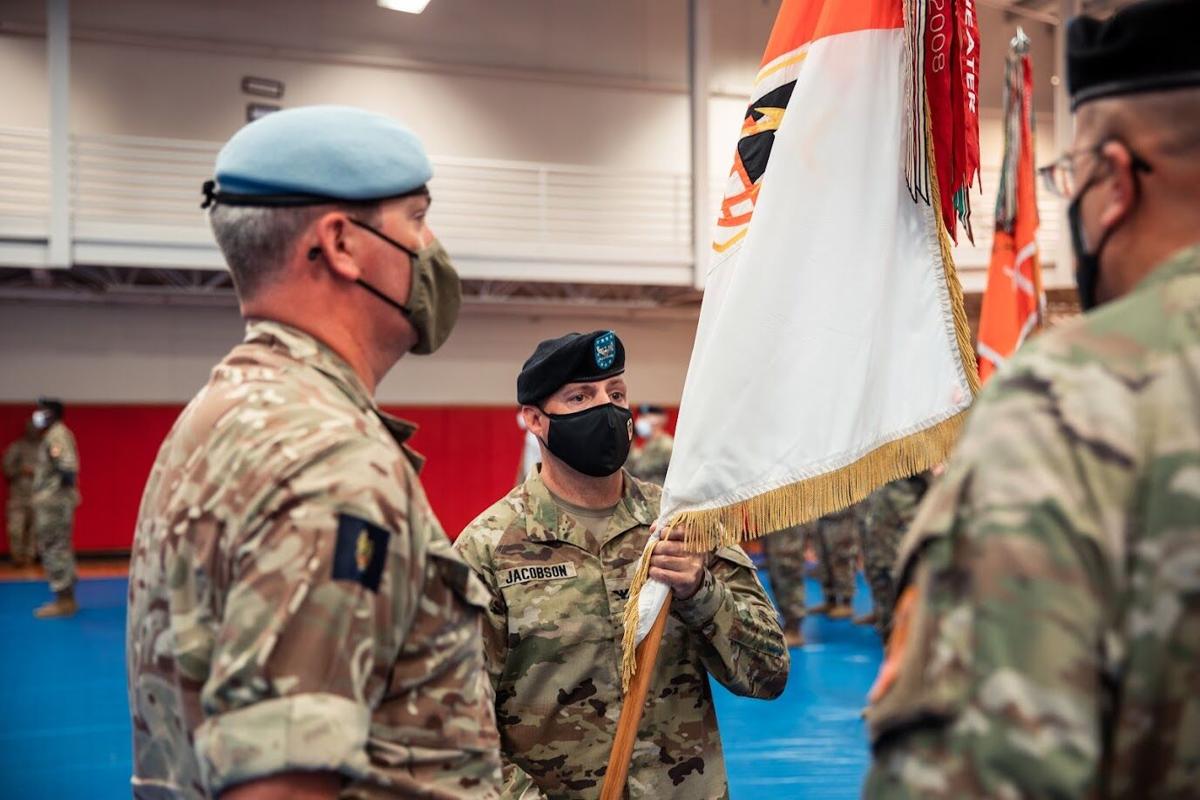 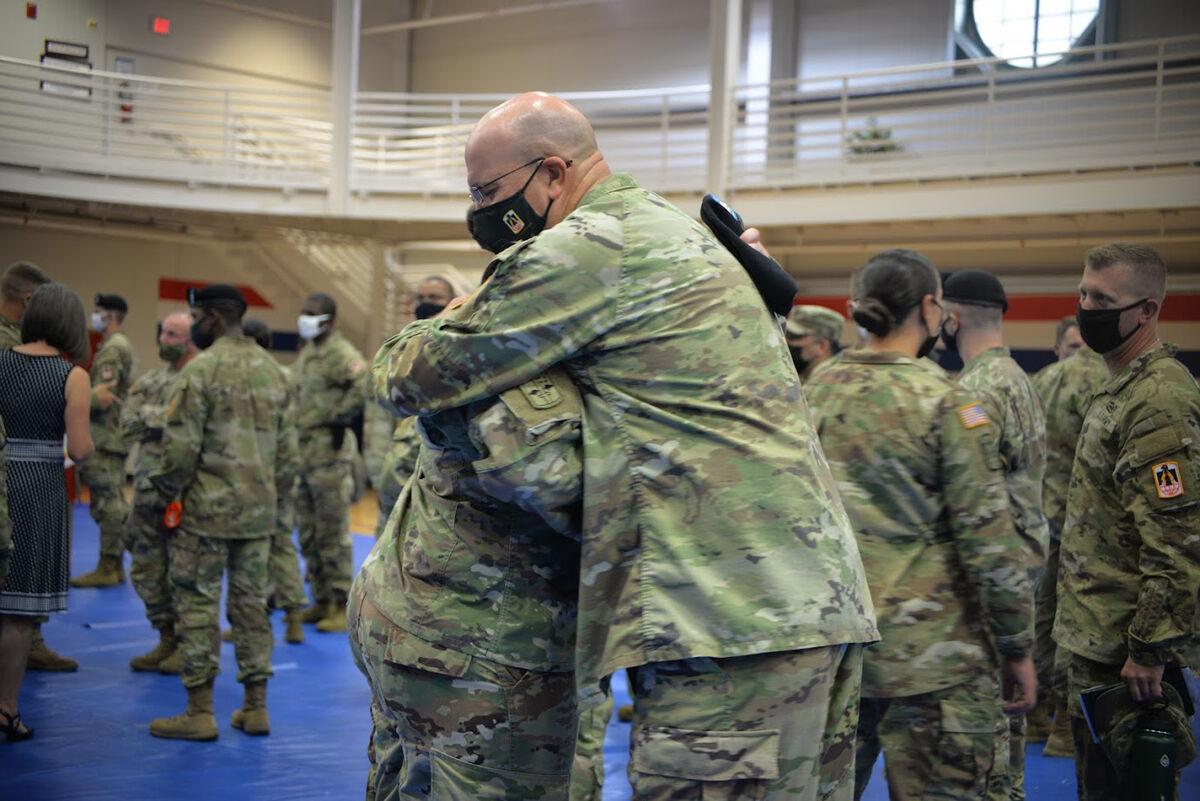 Avoiding the rain Aug. 18, dozens of Soldiers assigned to 11th Corps Signal Brigade filed inside West Fort Hood Physical Fitness Center as they prepared to bid farewell to one commander and welcome a new one.

After leading the Thunderbirds for the past two years, Col. Brian North relinquished command to Col. Brian Jacobson.

The assumption of command ceremony marked the passing of command as Jacobson received the brigade colors from Maj. Gen. Michael Keating, the deputy commander for support of III Corps and Fort Hood, and reviewing officer for the ceremony.

Keating took to the podium to thank North and his family for leading the unit through these unprecedented times and reflect on the many accomplishments of the brigade’s Soldiers under North’s command.

“Over the last 18 months, the Thunderbirds have been our Army’s go to brigade for signal support,” Keating said. “They’ve been at the forefront of modernizing structures and capabilities, evolving from a Theater Tactical Signal Brigade to a Corps Signal Brigade.”

Keating shared the great trust and confidence he had in Jacobson as the new brigade commander.

“I know you will propel the Thunderbirds on to even greater achievements, and I know you will care passionately for the health and wellbeing of every Soldier you have the privilege to command.” Keating said.

Keating said Jacobson was inheriting a high performing team and would have much to look forward to over the coming years.

As North took to the podium, his speech closed his time in command the same way it began two years ago: placing the needs’ of his Soldiers first by ensuring to keep his speech short.

“The Thunderbirds in front of us represent the exceptional formations that have repeatedly and reliably enabled theater to company commanders in Europe, the Middle East, the Pacific, and within III Corps,” North said. “They exercised command and control in the absolute most complex environments. I can not take credit for their accomplishments.”

As he moved through his speech, North recognized Soldiers of all ranks for their achievements, before thanking his family for their continued support.

“I cannot express enough how impressed I am with the Soldiers,” North said. “It has been a phenomenal experience being a Phantom Warrior.”

As applause died down, the Soldiers in attendance waited attentively as their new commander stepped to the podium to speak.

Jacobson began by showing gratitude to all in attendance, whether physical or virtual, from Soldiers and esteemed guests to his family.

“Thunderbirds … I look forward to building on the positive momentum that Col. North and you have achieved so far,” Jacobson said. “And together we can add to the 11th Signal Brigade’s legacy as being the voice of III Corps.”