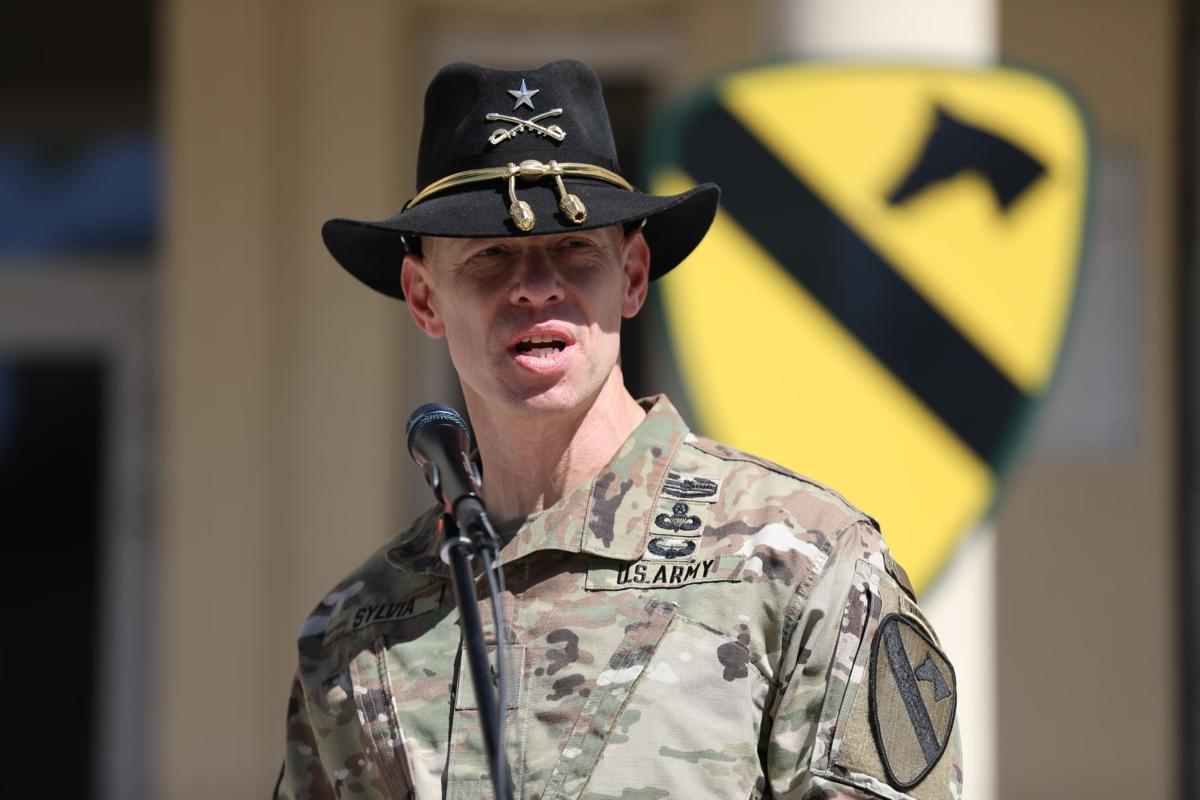 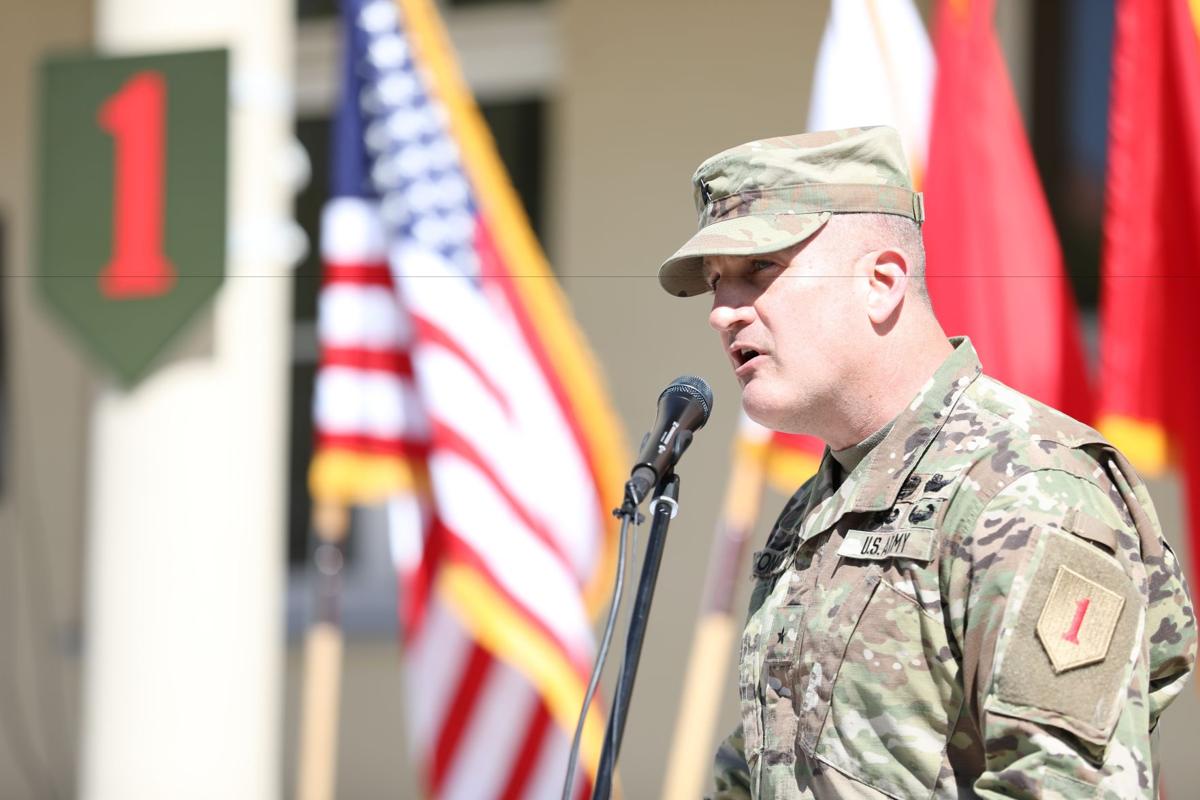 POZNAN, POLAND — The 1st Infantry Division Forward and the 1st Cavalry Division Forward held a Transfer of Authority ceremony Monday as 1st Inf. Div. Forward relinquished authority for the mission command element within the Atlantic Resolve area of responsibility to the First Team.

Maj. Gen. Joe Jarrard, U.S. Army Europe deputy commanding general for Army National Guard, presided over the event. The TOA ceremony is a long-standing Army tradition that signifies when an incoming unit takes over full responsibility for a mission from the preceding unit.

In his remarks, O’Connor praised the Polish Armed Forces and recognized the operational capabilities of the incoming 1st Cav. Div. Forward.

“It’s been a pleasure to be a guest of Poland and serve alongside your armed forces,” O’Connor said. “Now as the 1st Infantry Division departs Europe, we hand over this mission to an extremely capable fighting force: our nation’s 1st Cavalry Division. They stand ready to deter regional aggression.”

Sylvia thanked 1st Inf. Div. Forward for their efforts to ensure a smooth transition and said 1st Cav. Div. Forward would continue the outstanding success they have experienced.

“Although this ceremony is for the transfer of authority of the Atlantic Resolve mission, it’s really more about continuity than about it is about change,” Sylvia said. “We look forward to demonstrating to our NATO allies and partners our commitment to peace, security and stability in Europe.”

Mika also praised the efforts of the U.S. forces to build a strong partnership in Europe.

“I’m really proud of the interoperability and security we have established in Europe,” Mika said. “I’m convinced our mutual cooperation will continue, and I’m grateful for your service and success here in Poland.”

The Atlantic Resolve mission is part of the United States’ continuing commitment to European Security in support of our NATO allies and partners. The deployment of combat-ready U.S. forces to Europe provides the ability to build readiness, increase interoperability and enhance the bond between ally and partner militaries through multinational training events.

There are approximately 6,000 Soldiers participating in Atlantic Resolve at any given time, conducting operations and exercises across 17 countries in support of NATO allies and partners.