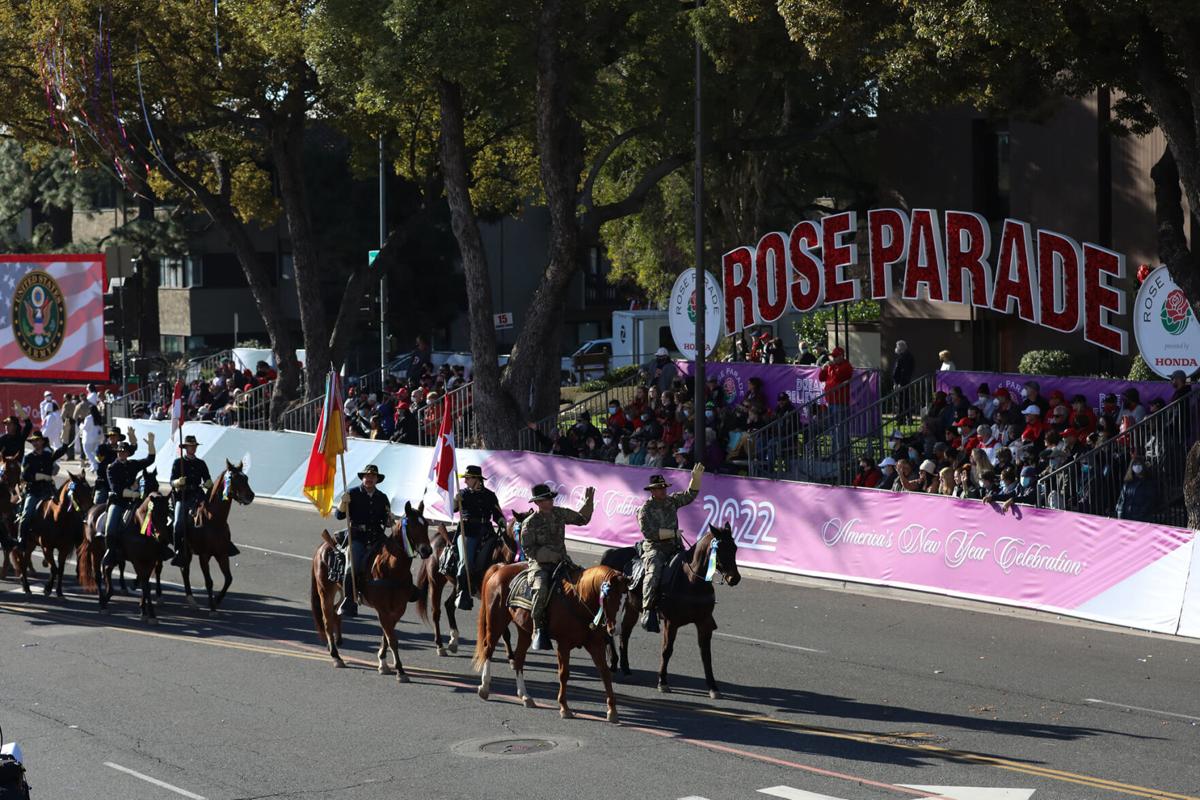 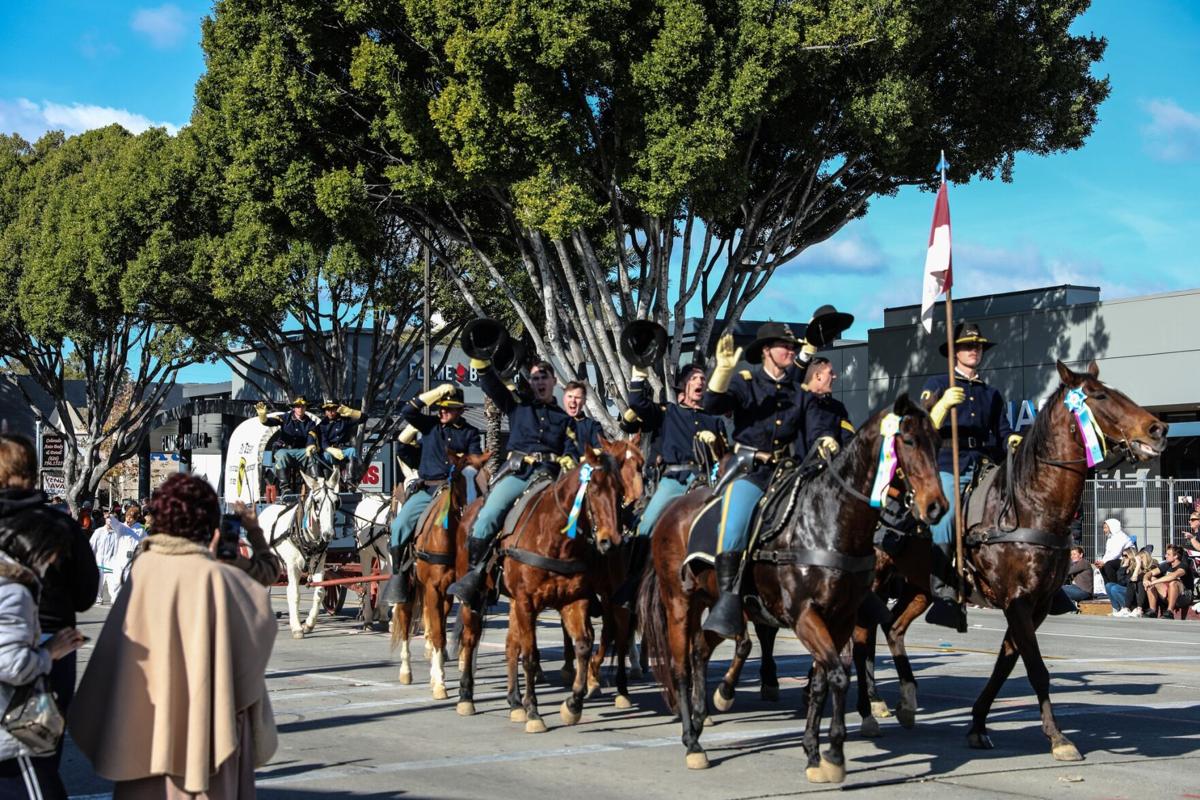 The 1st Cav. Div.’s Horse Cavalry Detachment returns to the historic Rose Parade in Pasadena, California, Saturday. The unit started preparing for this event, the biggest of year, six months in advance. 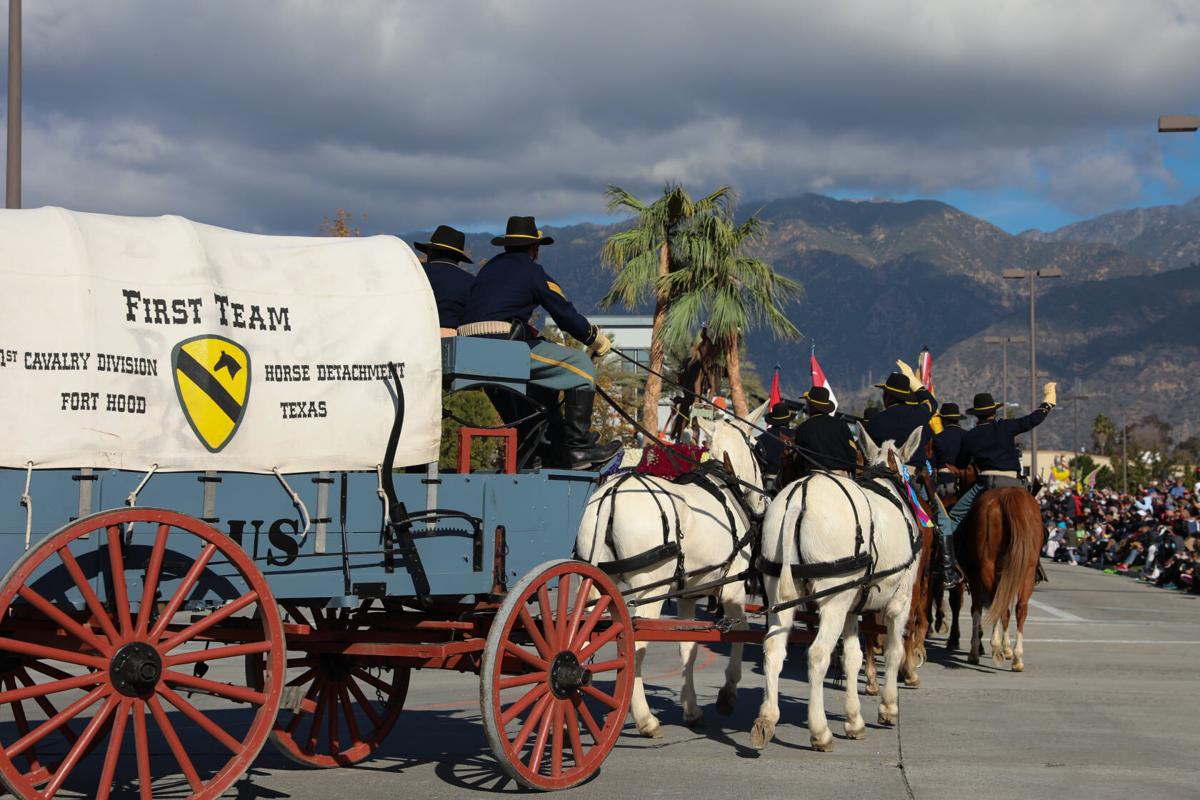 The 1st Cav. Div.’s Horse Cavalry Detachment returns to the historic Rose Parade in Pasadena, California, Saturday. The unit started preparing for this event, the biggest of year, six months in advance.

PASADENA, California — After the 2021 cancellation due to COVID-19, only its fourth cancellation since it began in 1890, the Rose Parade returned Saturday, and the 1st Cavalry Division’s Horse Cavalry Detachment returned to the historic event. Maj. Gen. John Richardson IV and Command Sgt. Maj. Shade Munday, division command team, also made an appearance this year for the 133rd Tournament of Roses Parade in Pasadena, California.

“For us to have an opportunity to participate in such an American tradition with the Horse Cavalry Detachment means a lot, not only to the Soldiers of the detachment, but also for the division itself,” Richardson, who participated in the parade for the first time, said.

The parade passes along a 5 1/2-mile route and it is an iconic New Year’s Day tradition for millions of Americans. Nearly half a million people line the streets to see more than 40 floats decorated with millions of fresh flowers, bands and equestrian units. Millions more watch the parade via live broadcast from the comfort of their homes.

“It’s great to be able to represent 1st Cav. and showcase who we are and what we do to the thousands of people who show up,” Capt. Abigail Edwards, commander of the Horse Cav. Det., said.

While on temporary duty in California, the Horse Cav. Det. also took part of the 30th Annual Equestfest in Los Angeles, where the detachment performed their mounted demonstration.

“I cannot say enough about the commander, the Soldiers, noncommissioned officers, and officers that make up our detachment,” Richardson said. “They do everything first class and today at the parade they just showcased the level of pride that they have not only for their detachment but for the division as a whole.”

The unit started preparing for this event, the biggest of year, six months in advance. The three-day, nearly 1,400-mile trip from Fort Hood to Pasadena, California, requires a significant amount of detailed of planning to ensure horses and personnel arrive safely to their final destination. A total of 21 Soldiers, two veterinarians and a civilian trainer traveled to Pasadena alongside 13 horses and two mules.

“This is the biggest event we do, this is what we look forward to every year, and I could not ask for a better group of troopers. They have put a lot of work into making this happen and everyone is extremely excited,” Edwards, who took command of the detachment only a few months ago, said.

The parade’s first three cancellations happened in 1942, 1943, and 1945 and were all due to World War II. Last year out of an abundance of precaution, the parade was cancelled to prevent the spread of COVID-19.

“I want to showcase our professionalism, and for the American public to know we are the most prestigious horse cavalry detachment in the U.S. Army and I want everyone to see the care that we take in our mounts and the pride that we have in what we do,” Sgt. 1st Class Michael Hannibal, platoon sergeant with the Horse Cav. Det., said.

“I’m always impressed by the Horse Cavalry Detachment’s troopers and noncommissioned officers, their professionalism and dedicating to showcasing our division’s rich history were on full display for the country to see,” Munday said. “It was an honor to be side-by-side with them during this year’s Rose Parade.”