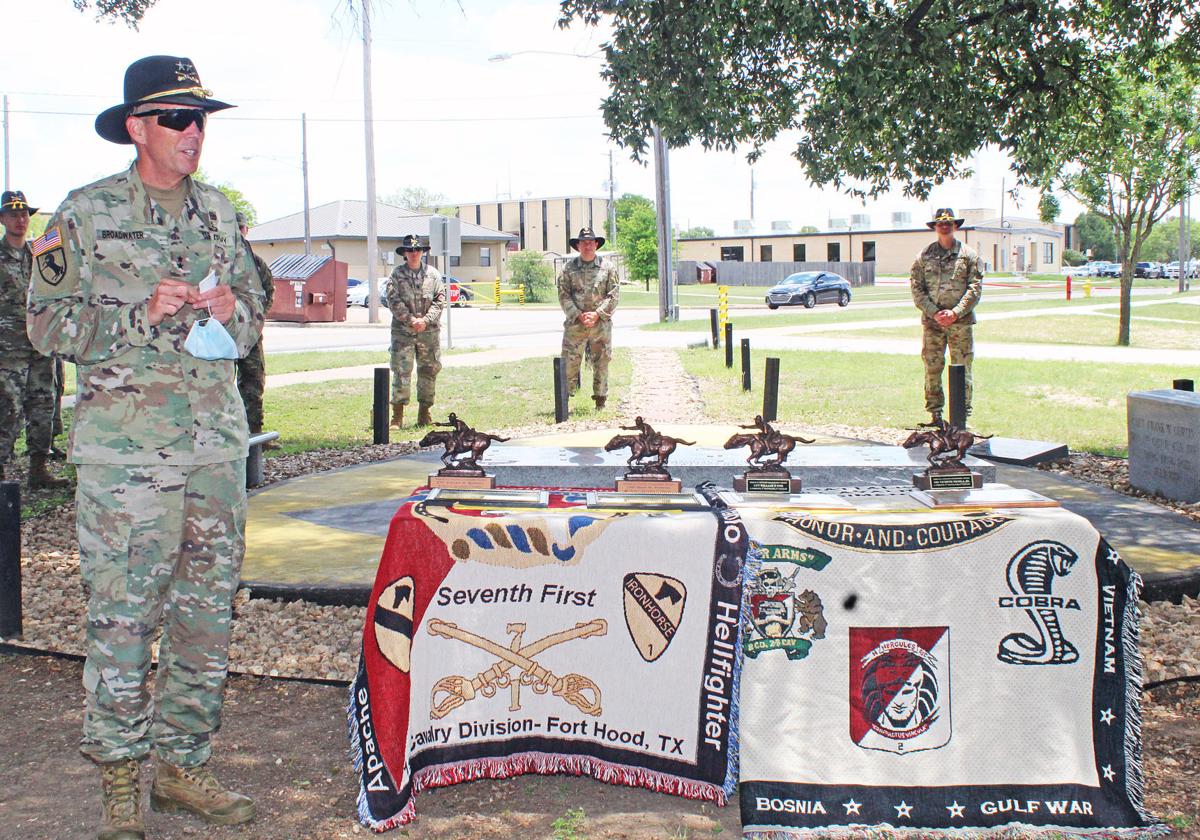 Maj. Gen. Jeffery Broadwater, 1st Cavalry Division commanding general, speaks to a group of Soldiers about the importance of the Armor and Cavalry Leadership Award, Friday, at the Fallen Stallions Memorial. Broadwater presented the award to two units within 1st Cav. Div. 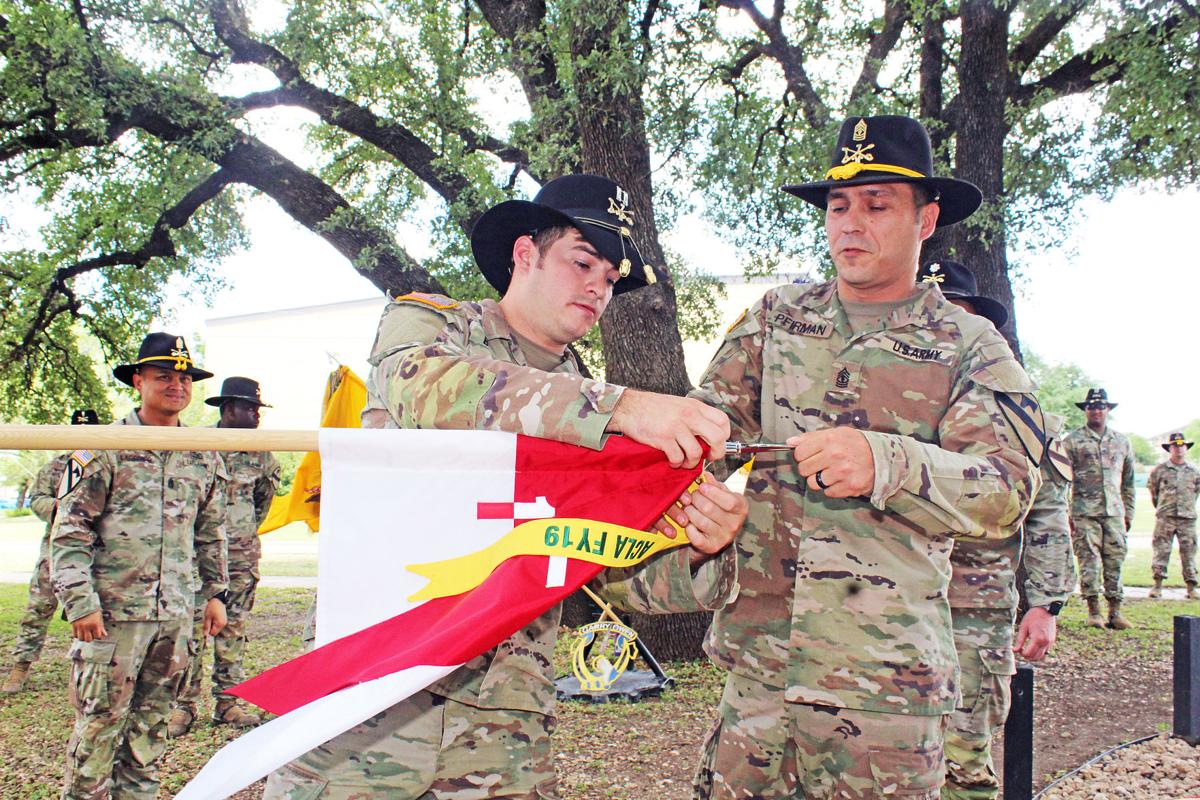 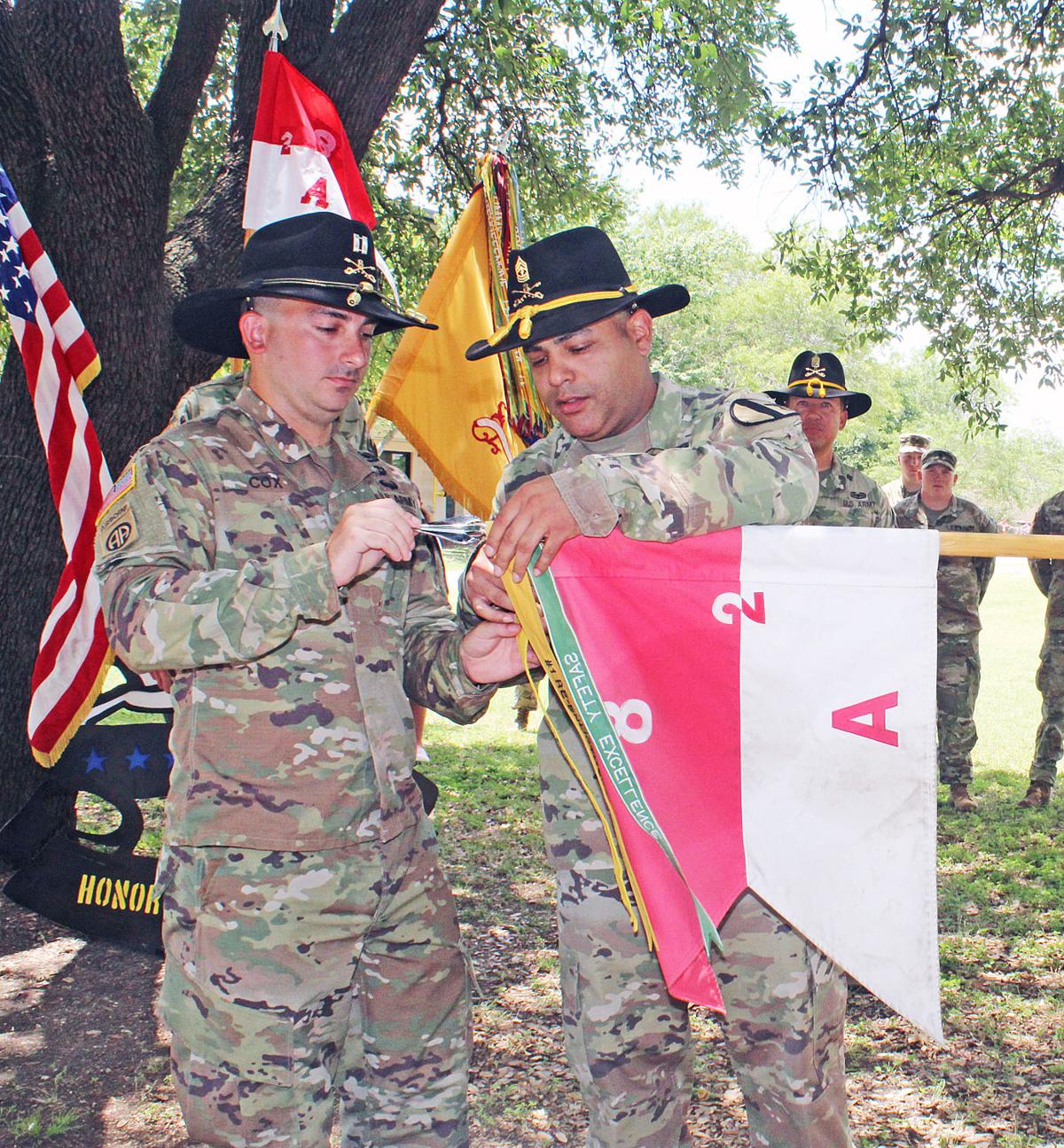 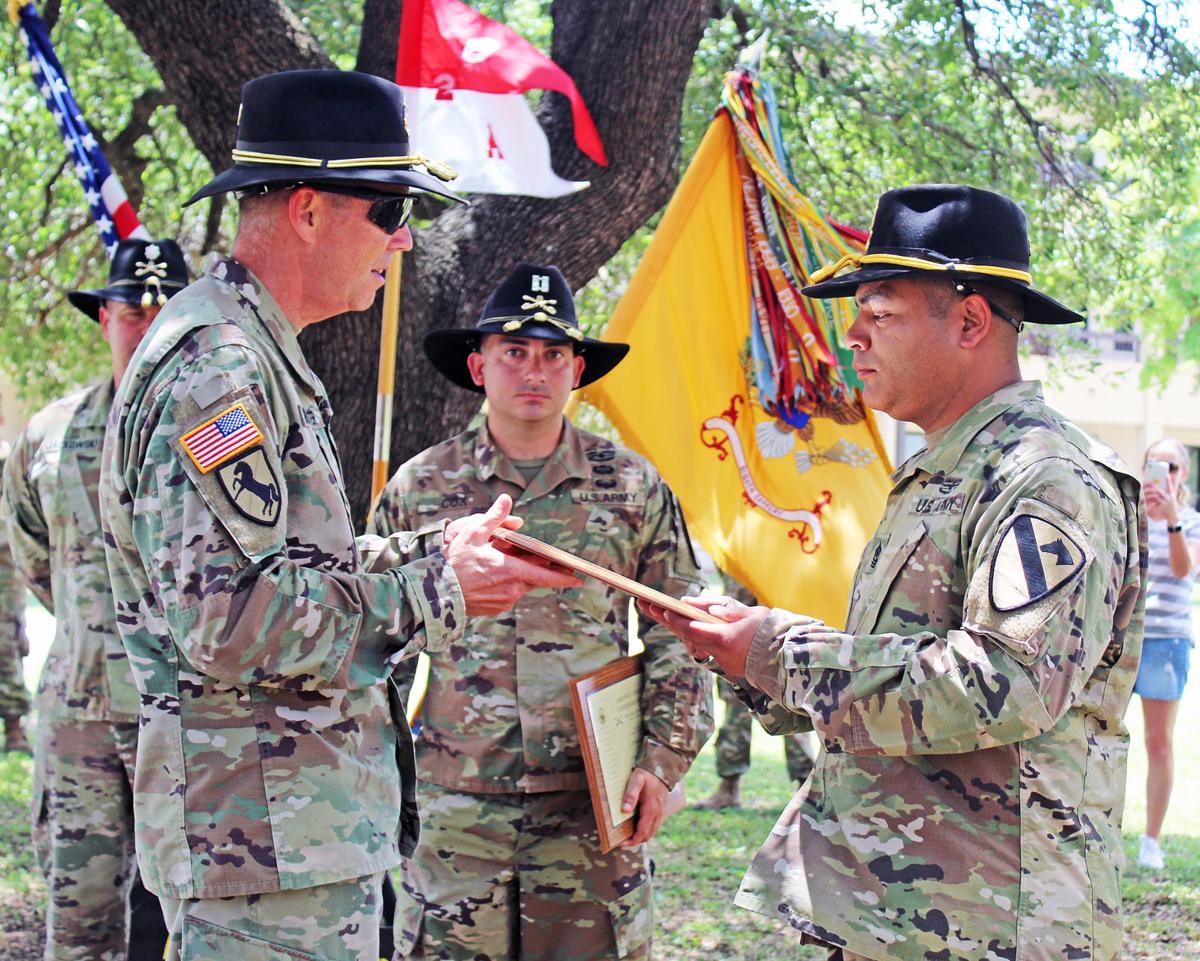 Maj. Gen. Jeffery Broadwater, 1st Cavalry Division commanding general, speaks to a group of Soldiers about the importance of the Armor and Cavalry Leadership Award, Friday, at the Fallen Stallions Memorial. Broadwater presented the award to two units within 1st Cav. Div.

Nicola said the award is something he has strived for his entire military career and is not something he takes lightly, because very few people receive the honor.

“It is something many cavalrymen strive to attain,” he said, adding that the award is less about himself and more about his unit.

Concurring with Nicola, Bowman said as daunting a task as it is to be a commander or first sergeant, the junior leaders and Soldiers make their jobs easy.

“It’s a good moment for the troops,” he said. “They’re the reason we’re here – it was their success and there was nothing we could have done without them.”

Formerly known as the Draper Award, the award is presented to the best of the best among Armor and Cavalry units, with the first sergeant and commander receiving the coveted Goodrich Riding Trophy, named in honor of former Maj. L.E. Goodrich, in 1926. The award is presented from the Office of the Chief of Armor at Fort Benning, Georgia.

The original objective of the Goodrich Riding Trophy was to stimulate interest in cavalry training. The award has evolved over time to encompass what it means to be a well-rounded Armor or Cavalry unit. The minimum criteria for the award included Army Physical Fitness Test average, weapons qualifications average, maintenance readiness rate, gunnery scores, safety incidents and notable events, but units can submit anything they feel would showcase their overall strength and ability.

“It really just captures everything that company or troop is and allows them to compete against the entire Army in an armored formation. It’s a testament, not only to the larger organization, but to the company and troop individually,” Col. Steven Jackowski, commander of 2nd Bn., 8th Cav. Regt., said. “Even though it’s the commander and first sergeant that will receive an award, it’s the company and troop that are being recognized for everything they’ve done.”

Before presenting the awards, Broadwater took a moment to share with the troops the importance of the award and how it would not have been possible without them.

“While we’re going to present something to a commander and a first sergeant, here, it takes the entire organization to win this,” Broadwater said. “From the very youngest Soldier in each one of the organizations that’s going to be presented this … this trophy and this award represents your hard work and your dedication to be lethal.”