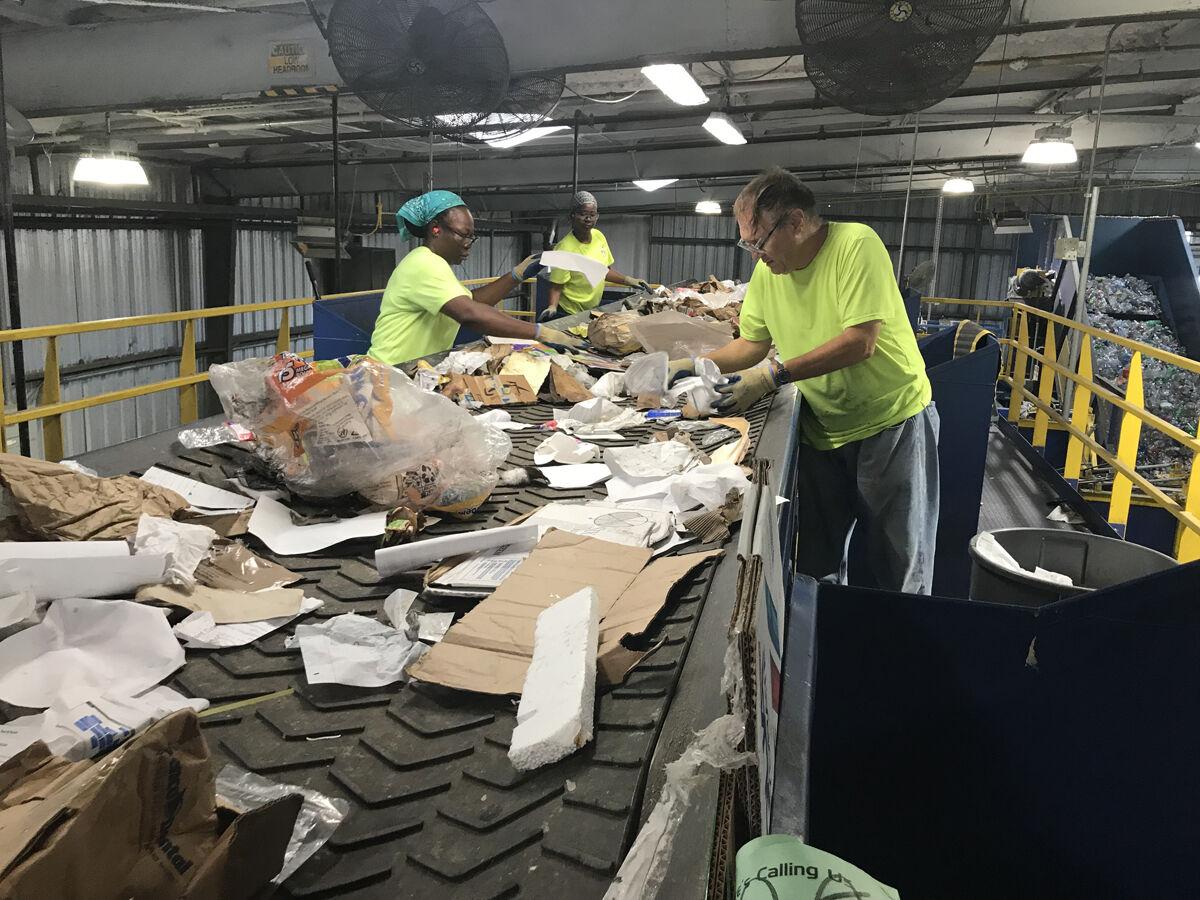 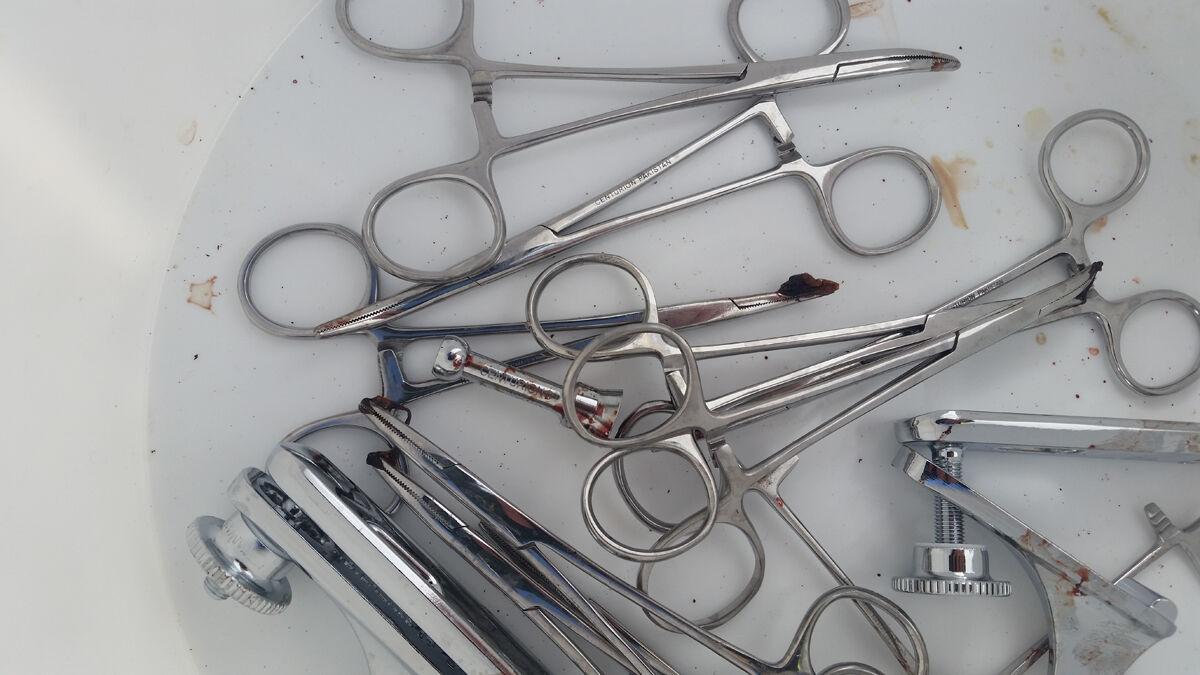 While processing materials on a conveyor belt, recycle employees came across bloody forceps that were illegally dumped.

While processing materials on a conveyor belt, recycle employees came across bloody forceps that were illegally dumped.

Bloody forceps, hundreds of rounds of live ammunition, animal carcasses and household hazardous waste like oil and gas continue to be illegally dumped in the recycle containers. Since January, more than 2.3 million pounds of trash have been generated from contamination at Fort Hood Recycle.

The recycle team is pleading with the community to not place dangerous items in their bins. Repeated abuse of the installation’s recycle services has cost the program manpower hours, resulted in lost revenue and increased daily dangers for team members.

“More than half of the loads are full of trash, non-recyclables and hazardous materials that have significant impact on our staff,” Michael Bush, operations manager, Fort Hood Recycle, said. “We are concerned about their safety and the potential for someone to be injured by a live round or cut with used medical equipment, needles and other sharps.”

Bush reminds the community that although their single-stream operation includes equipment that help to quickly move and separate recyclables, that his employees’ hands have to touch whatever people recycle.

“Sorting and recycling processes are fast-paced, with material constantly being handled by our team members,” he said. “Live ammunition, lithium batteries and aerosol containers are a safety concern, as they could discharge if they became lodged in a piece of our equipment.”

Although, single-stream recycling makes it simple for Soldiers, families and the community to recycle without having to sort paper, plastic, cardboard, metal cans and glass into separate containers, the convenience has come at a cost.

“We are seeing more of ‘wishcycling’ happening,” Bush said. “People are throwing items into the bin, thinking it should be recycled, when they know things like diapers, food waste, needles and dead animals aren’t recyclable.”

Bush explained how contamination from wish-cycling can force entire loads of recyclables to go to the landfill.

“Regularly, we get loads of material that might have some good quality recycling, however, the level of contamination is too much to sort through and/or poses a danger to our team members,” he said. “If wish-recyclers continue to do the wrong thing, this hurts the recycling service and revenue we earn to give back to the community.”

Each year, Fort Hood Recycle donates an average of $100,000 for community sponsorships to support events like Nature in Lights, Oktoberfest, Month of the Military Child, fireworks for the Independence Day celebration, Single Soldiers Fest, UFC Fight Nights and other Directorate of Family and Morale, Welfare and Recreation events.

“If everyone did their part to recycle right and recycle more, it would pay back greater dividends not only to the environment, but also to the well-being of our Soldiers and their families,” Bush said. “Instead, we are battling with challenges of contamination and illegal dumping.”

“If anyone is observed illegal dumping or disposing of wildlife in a blue recycle container or the brown trash dumpster, gather as much information as possible concerning the person, license plate and vehicle make and model, and contact the Fort Hood Police Desk at 287-4001,” Langford said.

Jim Imhoff, engineering technician with the Directorate of Public Works, added if an individual comes across dead animals in the cantonment, to contact the DPW Work Order Desk at 254-287-2113.

“The Work Order Desk will coordinate with Animal Control to pick up the dead animal, collect and dispose of it at the landfill,” Imhoff said. “If it is a resident in family housing, bag it and take it to the landfill for direct bury.”

Imhoff explained the brown trash dumpsters across Fort Hood are only for municipal waste generated from the facilities and not for disposal of animal carcasses or parts. Any other use besides municipal waste is considered illegal dumping or theft of services.

To help understand where everything goes and how to recycle and properly dispose of items, download the free app “Fort Hood Recycle” available for both iOS and Android platforms.

“Respect the fact that our team is hand-sorting materials, trying to bale high quality recyclable material,” Bush said. “Help be vigilant, recycle right and encourage others to do their part.”

To report illegal dumping on Fort Hood, contact the Directorate of Emergency Services at 254-287-4001.