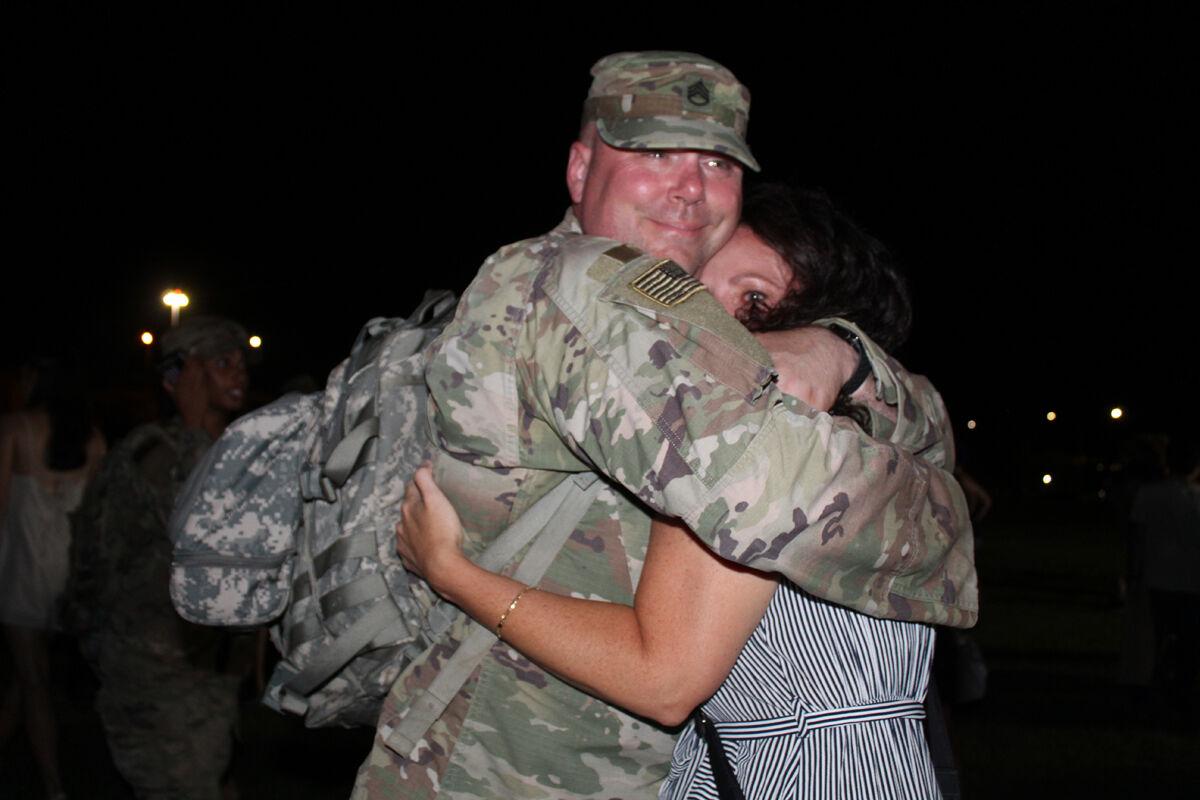 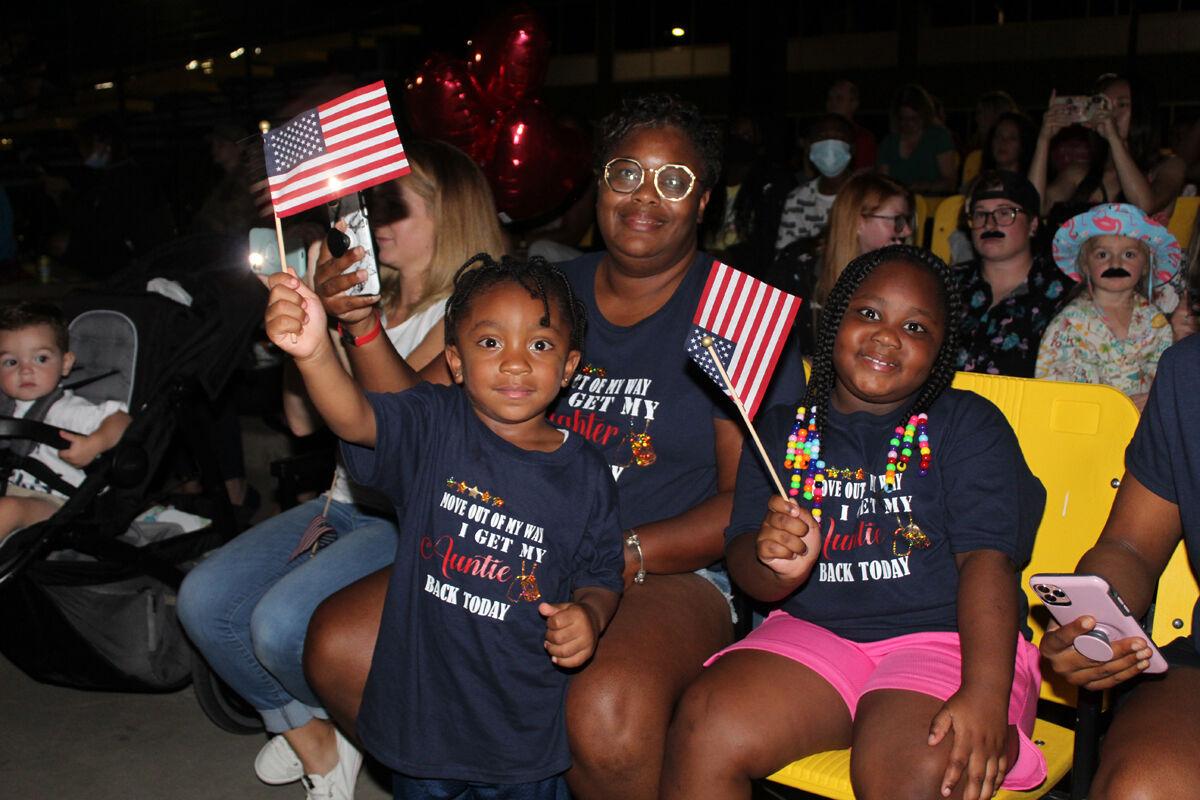 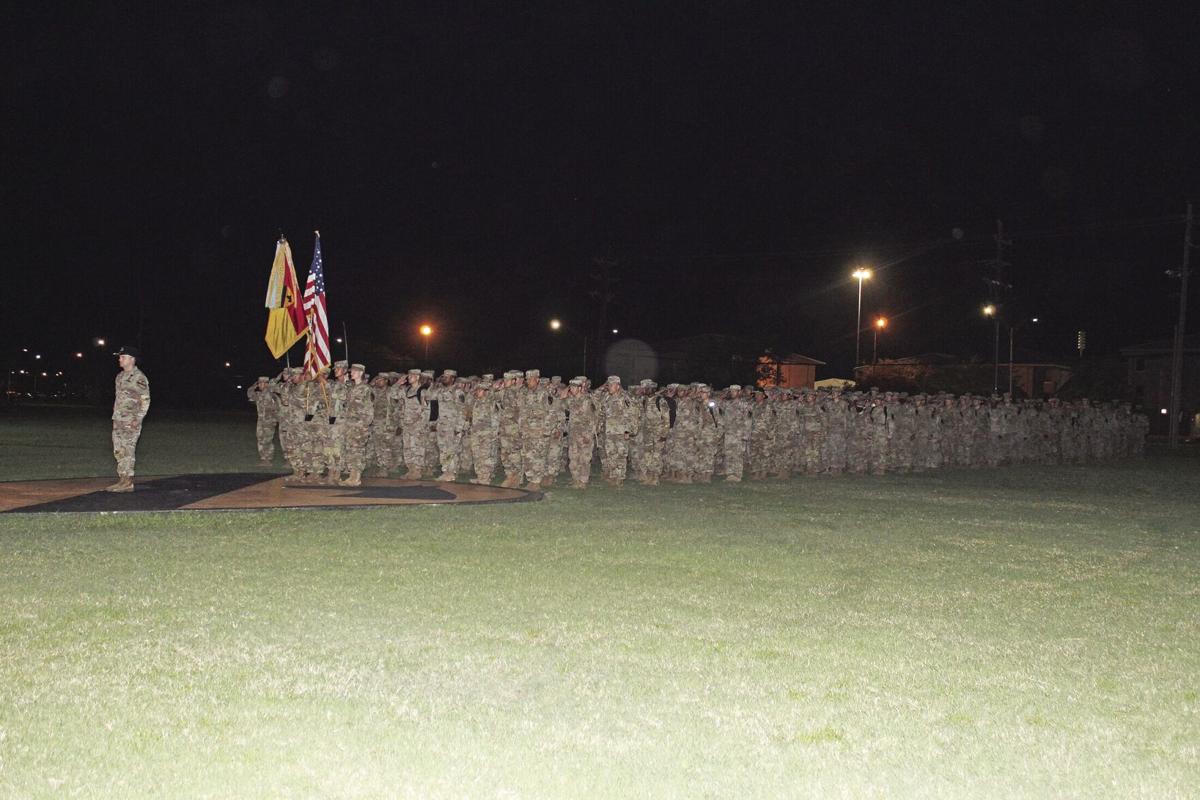 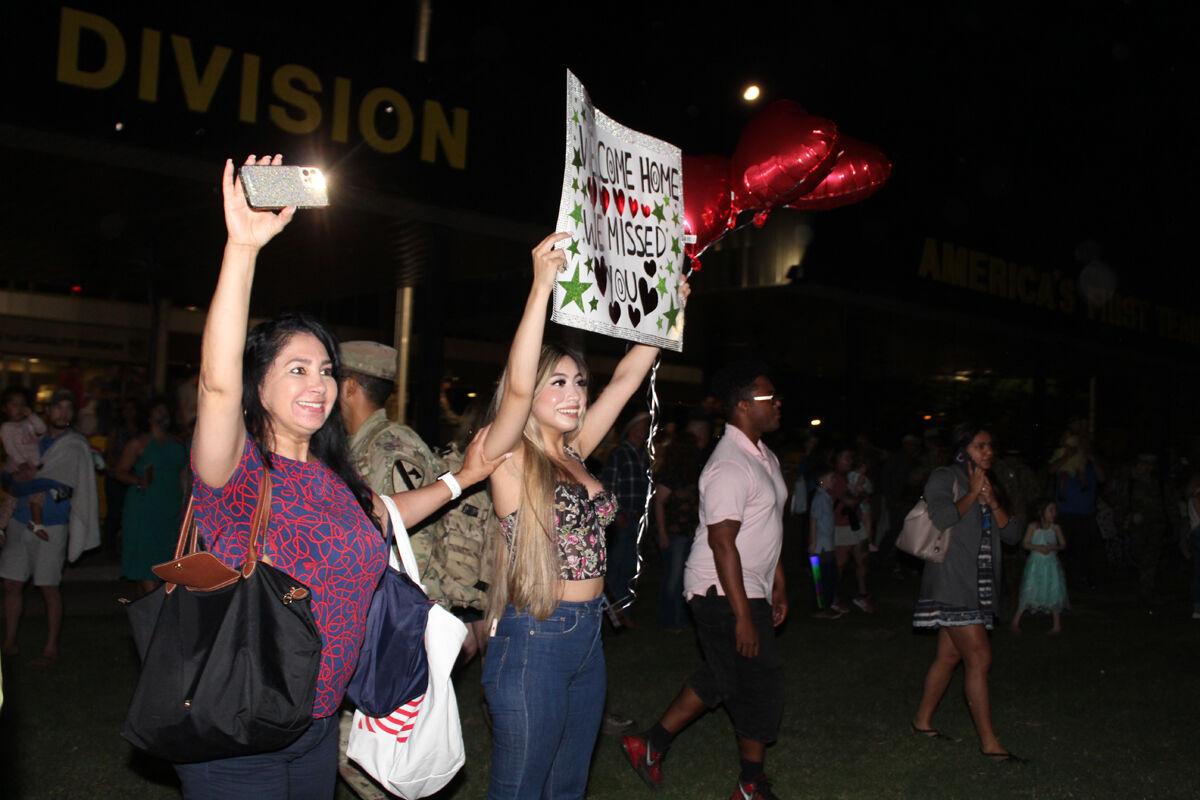 Those were the screams of hundreds families on Cooper Field early Monday morning, anxious to welcome their Soldiers home following a nine-month rotation to Europe. As the busses pulled away, 350 Soldiers marched onto Cooper Field to reunite with their loved ones.

1st Brigade Combat Team, 1st Cavalry Division returned to Fort Hood, after serving in the Operation Atlantic Resolve mission in Europe. The division was headquartered in Poznań, Poland, with troops spread across the region.

“I was excited to get home and get some Whataburger,” Sgt. 1st Class Miguel Melo joked about returning to Texas.

The tanker and platoon sergeant said the rotation was vastly different from deploying to combat zones, especially with the COVID pandemic still causing problems. Despite the pandemic turmoil, the Soldiers were able to help some of the small communities in Poland, which he said was rewarding.

Sgt. Keenan Blanford also enjoyed the positive impact they made on the communities. As a medic, Blanford said they were able to teach some Combat Lifesaver skills and other medical training to students at a local Polish high school. He said the students they spoke with are looking into joining the Polish army, so it was a great experience to share a little knowledge with them.

“I cannot be prouder of a formation,” Brig. Gen. Monte Rone, deputy commander for maneuver of 1st Cav. Div., said during the early morning ceremony. “Having served as the division forward commander, I have seen all the great things you’ve done, in terms of building readiness, reassuring our allies and partners and deterring aggression across Europe, so job well done.”

1st Cav. Div. was tasked with the command for 15 months and has been rotating units in and out of the region since 2020. They transferred Mission Command Element duties to 1st Infantry Div. out of Fort Riley, Kansas, on July 15 in Poznań, Poland.

“This team has done a wonderful job representing America’s First Team,” Rone said before concluding the ceremony. “I have one final request, and that’s that each one of you stay safe and enjoy your time with your family members.”