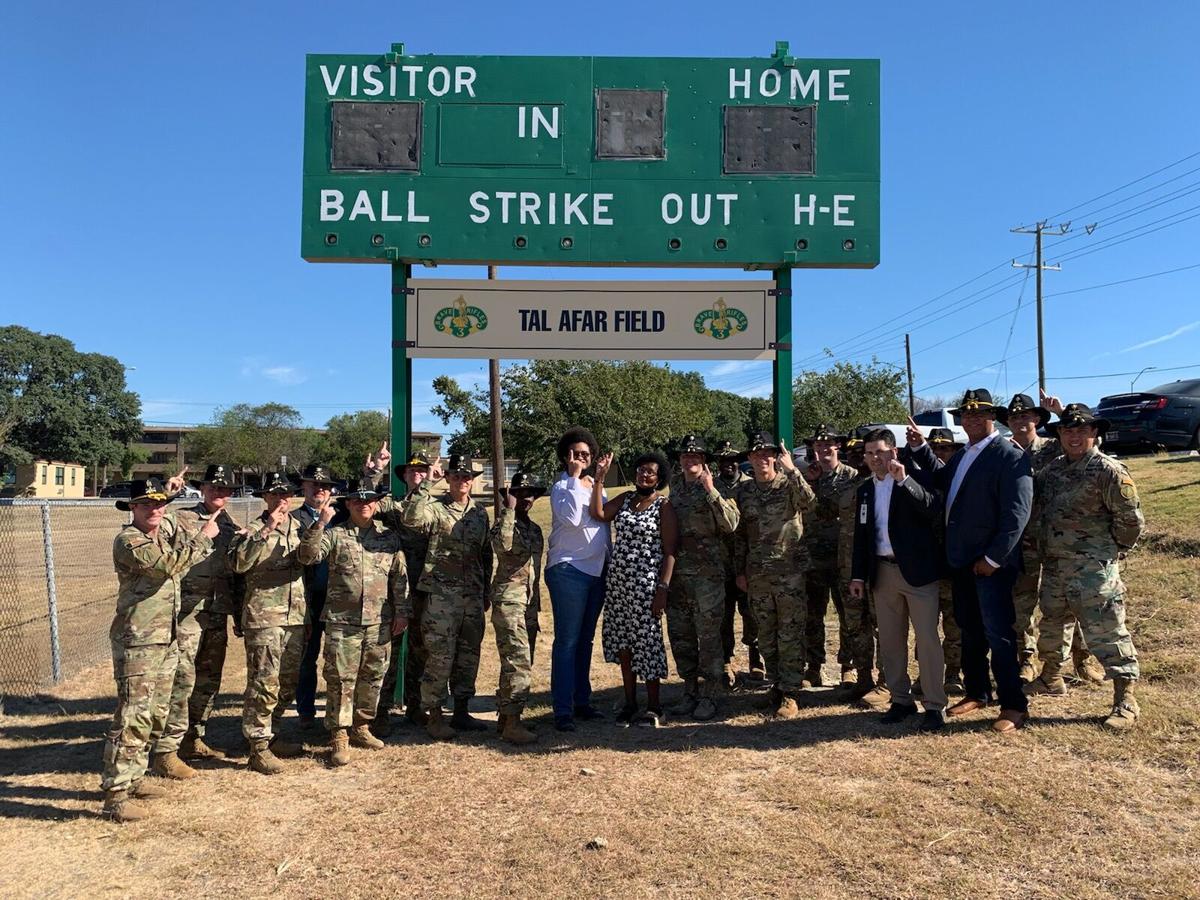 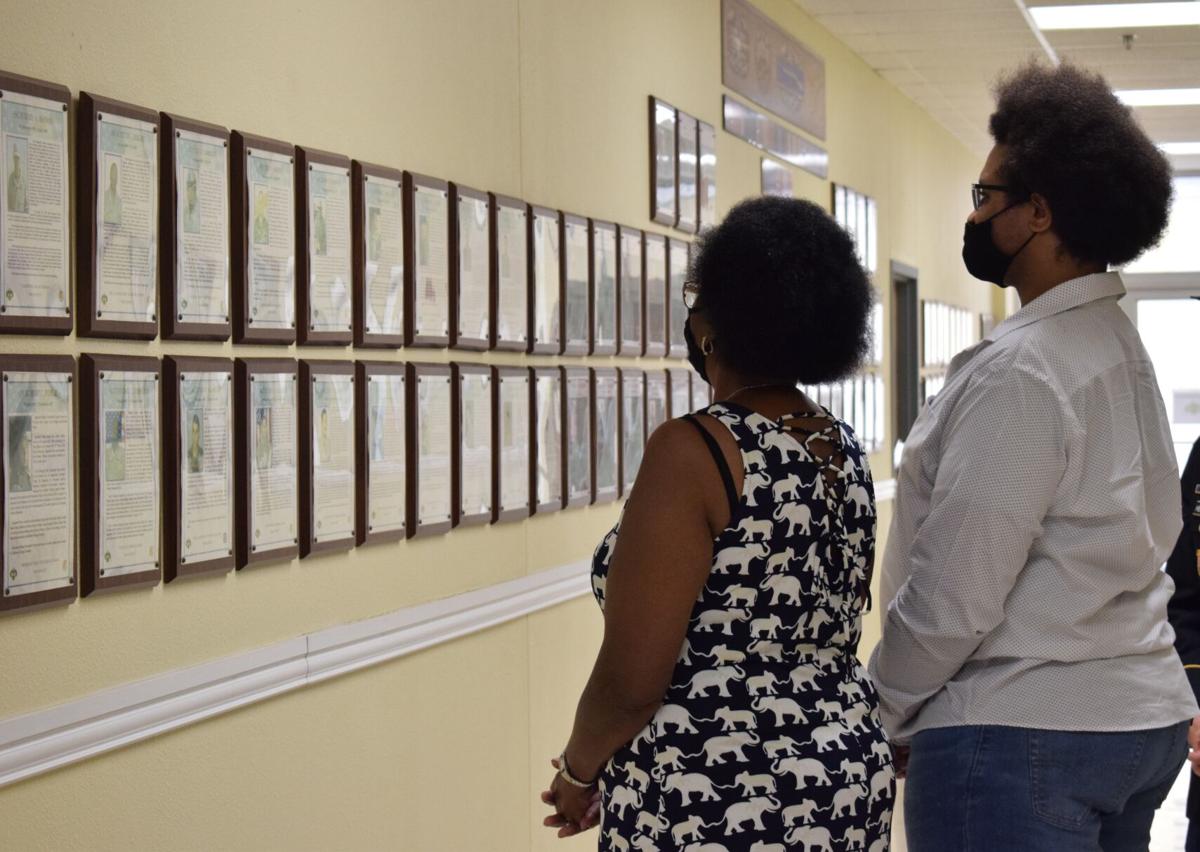 Sandra and Jermaine Smith, mother and brother of Cpl. Jeffery Williams, who was killed Sept. 5, 2005, in Iraq after his vehicle was struck by a roadside bomb, look at a photograph of Williams that hangs in 3rd Cav. Regt.

Sandra and Jermaine Smith, mother and brother of Cpl. Jeffery Williams, who was killed Sept. 5, 2005, in Iraq after his vehicle was struck by a roadside bomb, look at a photograph of Williams that hangs in 3rd Cav. Regt.

Regimental leaders, troopers, past members of the regiment, community leaders and families gathered to dedicate a nameless baseball field, honoring the 39 troopers lost in the 2005 to 2006 deployment to Iraq in support of Operation Iraqi Freedom, Sept. 24.

Over the last few months, 3rd Cavalry Regiment has been updating the landscape, dedicating buildings, roads and fields to historic milestones in their 175-year regimental history.

“As part of our effort this year to make our slice of Fort Hood better, we are taking ownership of this field and giving it new purpose,” Col. Kevin Bradley, commander of the 3rd Cav. Regt., said.

Sixteen years ago, Col. H.R. McMaster, the 71st colonel of the regiment, led a campaign named Operation Restoring Rights in partnership with the Iraqi army and police to liberate Tal Afar and its people from the violence and terroristic threats of Al Qaeda.

The regiment invested months of preparation, building an eight-foot earthen wall around the entire city and performing intense counterterrorism operations.

“The battle for Tal Afar began on September 2, 2005, and after 17 days of intense fighting, door-to-door searches and narrowly escaping booby-trapped houses, life returned to the city,” Bradley explained.

The Gold Star family of Cpl. Jeffery Williams joined the Brave Rifles for the ceremony, making the field dedication more poignant for the regiment.

A Gold Star family is the immediate family member or members of a fallen service member who died while serving in a time of conflict.

Sandra Smith, Williams’ mother, and Jermaine Smith, his brother, both from Mansfield, sat in the front row during the ceremony dedication.

An avid boxer, Williams would often carry his boxing gloves with him on patrols. When asked why he carried them along, he was quoted as saying “because you never know when you’ll have the opportunity to fight!”

Williams served in the Regimental Support Squadron medical troop before he was killed on Sept. 5, 2005, after an improvised explosive device detonated near his vehicle.

Williams’ family later visited the 3rd Cav. Regt. headquarters to see where their fallen trooper’s picture and biography hang on the wall alongside other fallen members of the regiment.

“Their photos line the walls of our regiment, and this field will serve as a lasting reminder of the seen and unseen wounds for those who battled on behalf of our nation and the regiment,” Bradley said in his final comments to the audience.