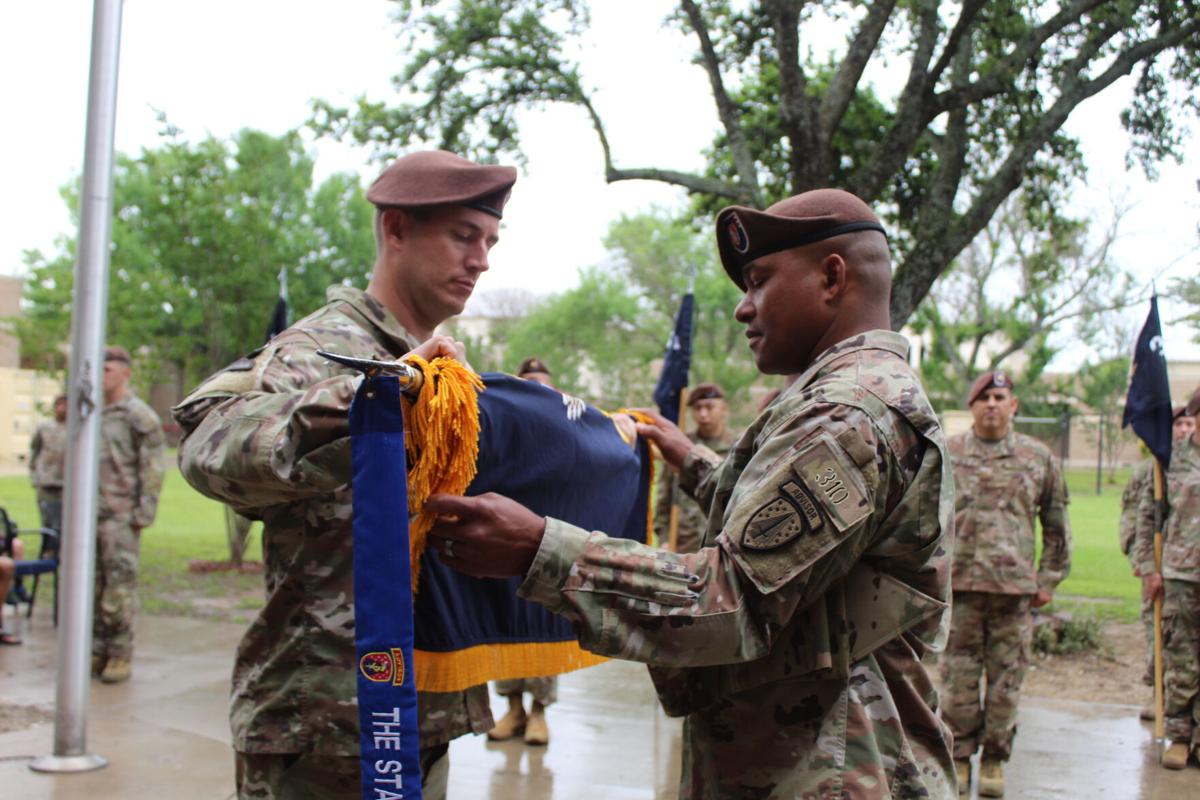 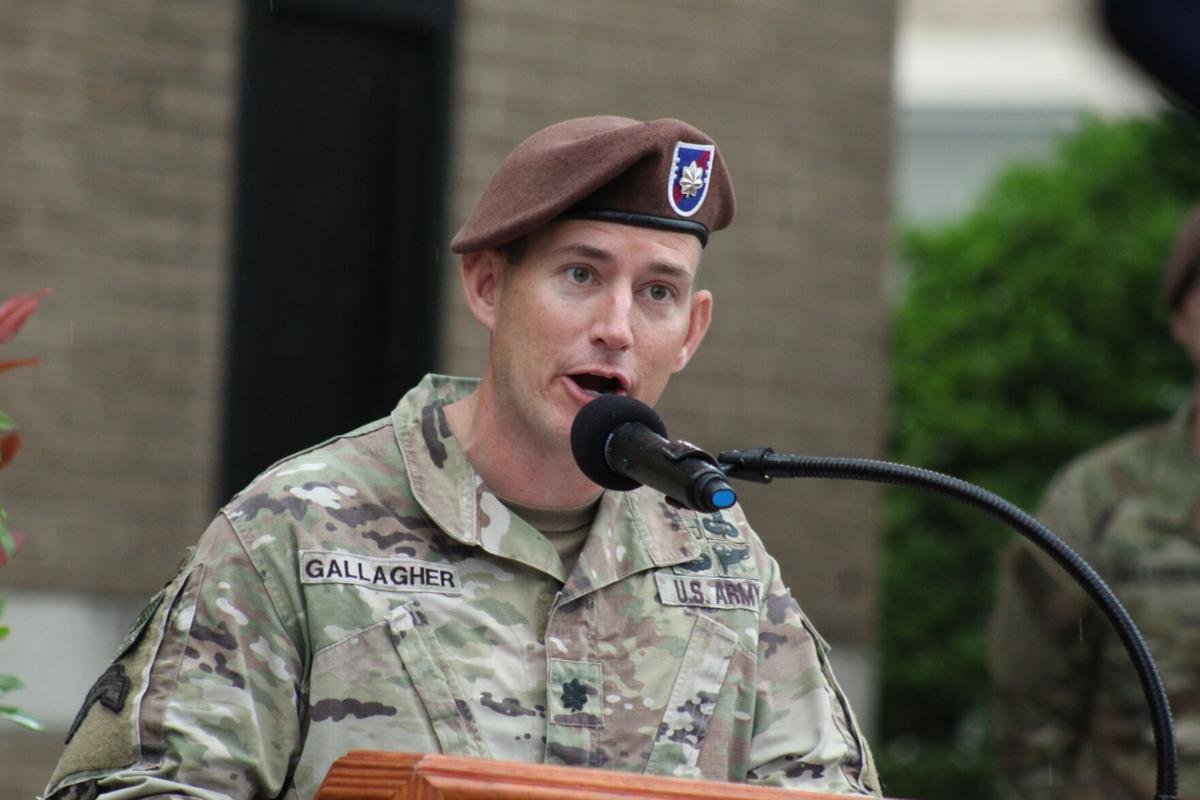 Lt. Col. Brendan Gallagher, Force Package Red commander, discusses the unique mission of Force Package Red June 3, during the color casing ceremony for the unit, which will be deploying 20 teams across 10 countries in the CENTCOM region.

Lt. Col. Brendan Gallagher, Force Package Red commander, discusses the unique mission of Force Package Red June 3, during the color casing ceremony for the unit, which will be deploying 20 teams across 10 countries in the CENTCOM region.

In preparation for a unique mission that will take them to 10 different countries, 1st Battalion, 3rd Security Force Assistance Brigade cased its unit colors June 3 in front of the brigade headquarters.

“Welcome as we case our colors for the first-ever SFAB Force Package deployment to the CENTCOM (United States Central Command) area of operations,” Lt. Col. Brendan Gallagher, Force Package Red commander, said. “This is not the type of deployment that we’re used to from years and decades past.”

The Force Package deployment will deploy 20 small advisor teams to 10 countries – from Egypt to Uzbekistan – to advise, support, liaise and assess as they assist their partner nations.

Capt. Aaron Zackarison, lead planner for the deployment, said the mission is unique because it is not just a large unit going to one country, like traditional deployments. With 20 teams across 10 countries, Zackarison explained that each team has a different task because each country has its own rules, its own needs and its own mission.

“Instead of the simple top-down mission that we normally see, it’s more of the team assessing what’s going on with the country and seeing how they can partner with the forces there and then developing their own plan for how they’re going to do that,” he explained.

Each team will be led by a captain, and will include Soldiers of every warfighter function, meaning every team should have an expert in every field, no matter the mission.

He said because more initiative is placed at the small-unit level, there is more trust within the team. Meanwhile, Sgt. Maj. Jacob Gilmer, operations sergeant major for 1st Battalion, 3rd SFAB, said training for the deployment is also different, because of the unique roles and positions the Soldiers will be tasked with completing.

Col. Michael Trotter, 3rd SFAB commander, said some people may see the Force Package deployment as odd, but he said this will show the change to the deployment model in action.

“We thought it was incredibly important to literally and symbolically show the change in our deployment model in the 3rd SFAB and our enterprise,” Trotter explained. “This is a way to visually and literally write the new chapter in the short, but incredibly power and impressive history of the 3rd SFAB.”

Casing of the unit colors is demonstrated during a unit’s deployment. As the Soldiers prepare to deploy, the colors, which are said to represent the unit’s lineage and its Soldiers, both past and present, are folded and prepared to follow the commander into combat.