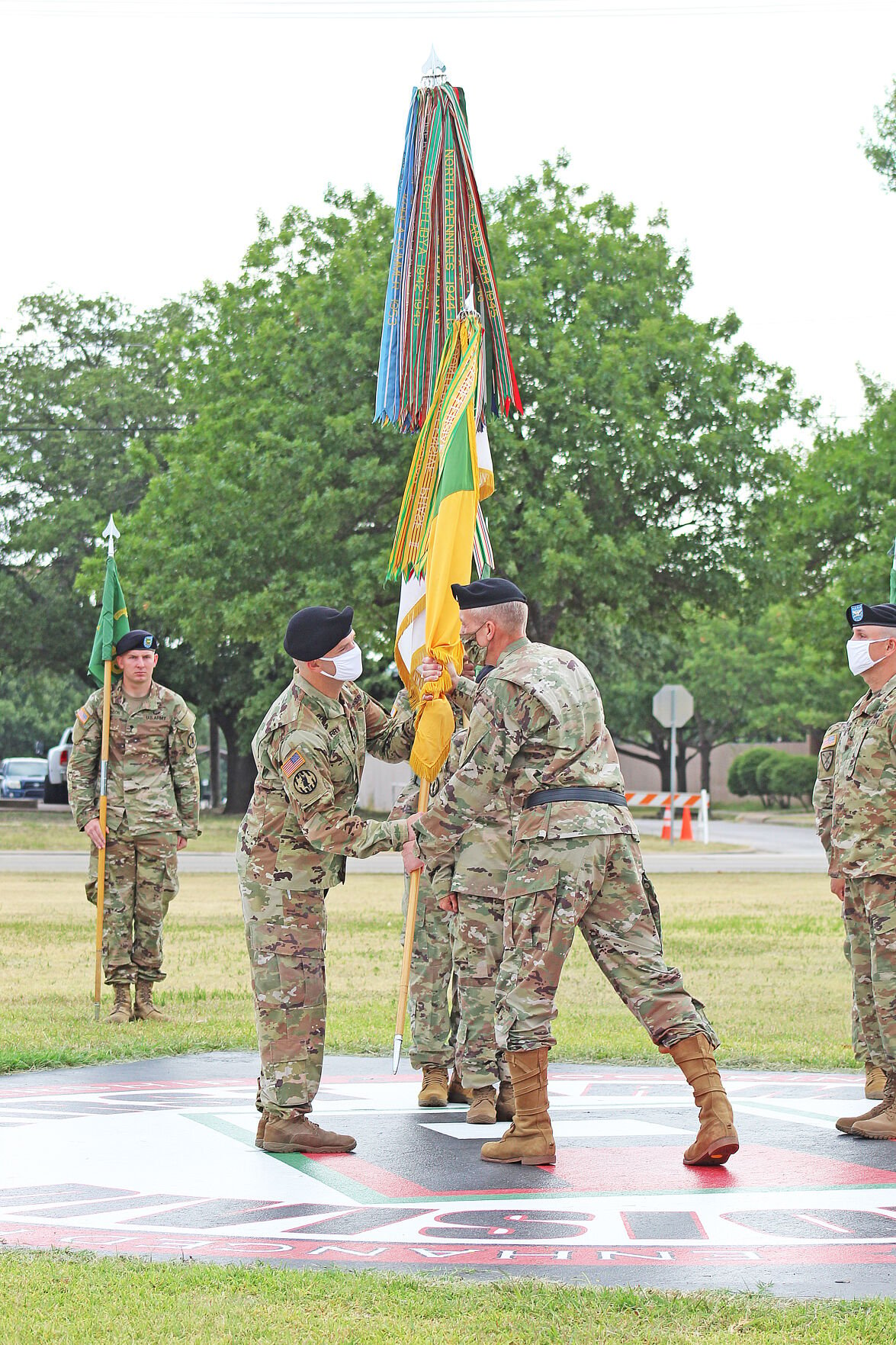 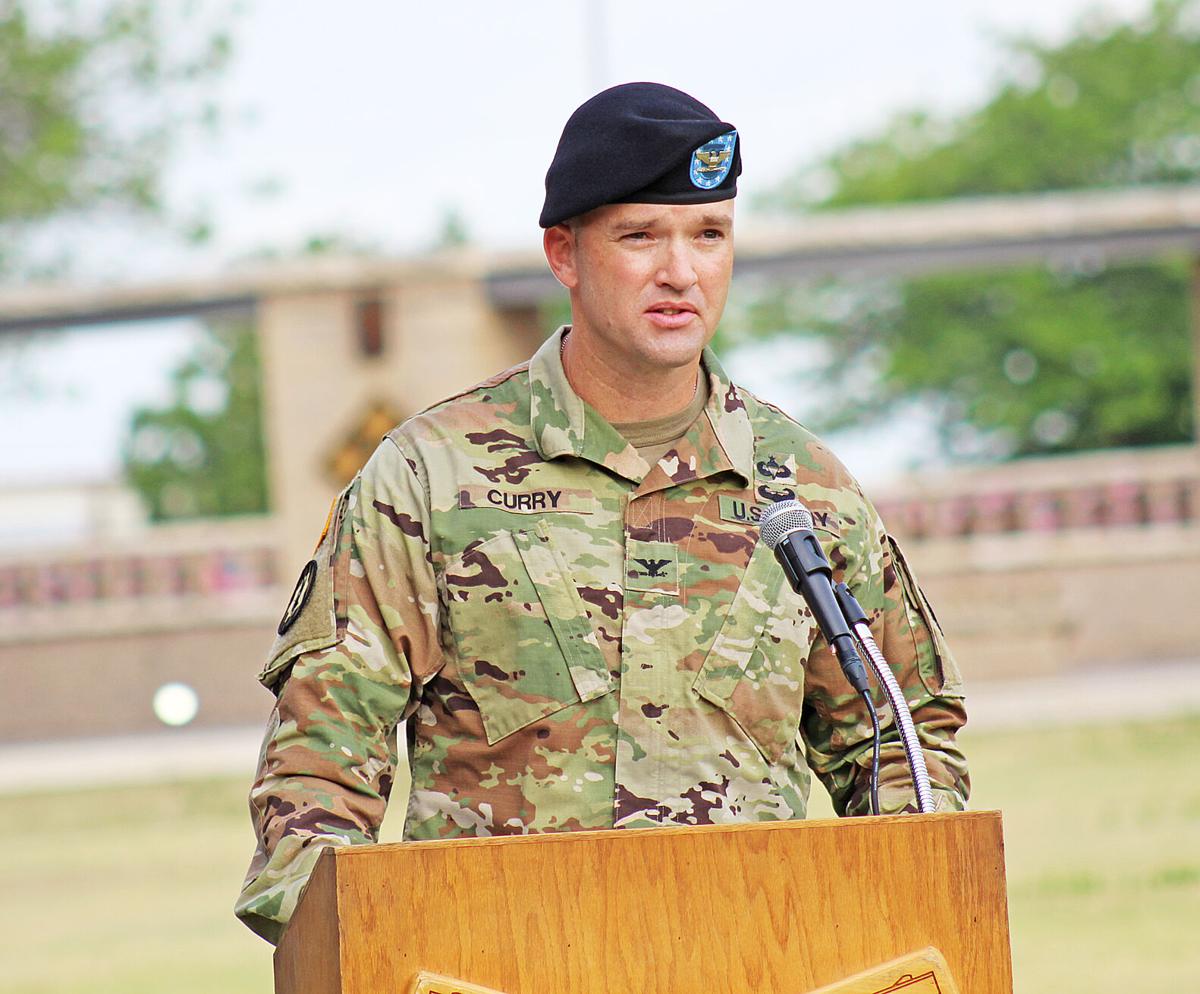 Col. John Curry, the incoming commander of the 89th MP Bde., speaks during the brigade’s change of command ceremony Friday on Cameron Field.

Col. John Curry, the incoming commander of the 89th MP Bde., speaks during the brigade’s change of command ceremony Friday on Cameron Field.

Revealing how Fort Hood shaped his life as a child and later as a young officer, Curry said he and his wife, Nicole, met one another as small children at the 58th Street Chapel in the 1980s, watched their fathers return here from Operation Desert Storm in 1991, returned here during his first assignment as a young lieutenant and then welcomed their first child at Carl R. Darnall Army Medical Center in 2002.

“Although this is Team Curry’s first time back here in 18 years, Central Texas, and the people who make it special, have never been far from our hearts,” Curry added. “It’s wonderful to be back … This place is in our DNA.”

During the traditional passing of the colors, Col. Richard Ball, outgoing commander of the 89th MP Bde., passed the colors to Maj. Gen. Scott Efflandt, III Corps and Fort Hood deputy commanding general, who in turn, passed the colors and its symbolic responsibility to Curry.

The passing of the colors is a time-honored tradition, with the colors representing the rich heritage and history of the unit. The change of command ceremony renders honors to the outgoing commander, while also serving as an official transfer of command to the incoming commander, who is trusted with maintaining unity within the formation.

Efflandt, who served as host of the ceremony, said he was honored to witness one of the Army’s greatest traditions – the passing of the colors from one commander to another.

“Today is certainly an exciting and anticipated day for both of you and one I know each of you will remember in different ways,” he said.

The general revealed that the role of the commander of the 89th MP Bde. is a dual role. The commander is responsible for the brigade, which is spread across four installations, while also serving as the director of Emergency Services on Fort Hood. The brigade is comprised of more than 3,400 Soldiers, with 26 companies and detachments at Fort Carson, Colorado; Fort Riley, Kansas; Fort Bliss and here at the Great Place.

After thanking his wife and family for always being by his side and his two command sergeants major for being just what he needed in a senior enlisted advisor, Ball took a moment to thank the noncommissioned officers in the brigade.

“My father, as you know, was a career NCO, and every time he would always give me a piece of advice when I went to new assignments,” Ball said emotionally. “He used to talk about listening to, empowering and believing in your sergeants and they won’t fail you.”

Ball revealed his father passed away shortly after he first received battalion command, but he carries his father’s advice with him wherever he goes. He concluded by thanking the entire brigade for all their hard work over the past two years.

“My last and most important thanks is reserved for the officers, noncommissioned officers and Soldiers of the 89th, as it should be,” Ball said. “If I were to list the accomplishments and accolades you’re responsible for over the last 24 months, we would be here the rest of the day … It is my honor as your former brigade commander, as a Soldier and American citizen to say to each of you, ‘Job well done.’”