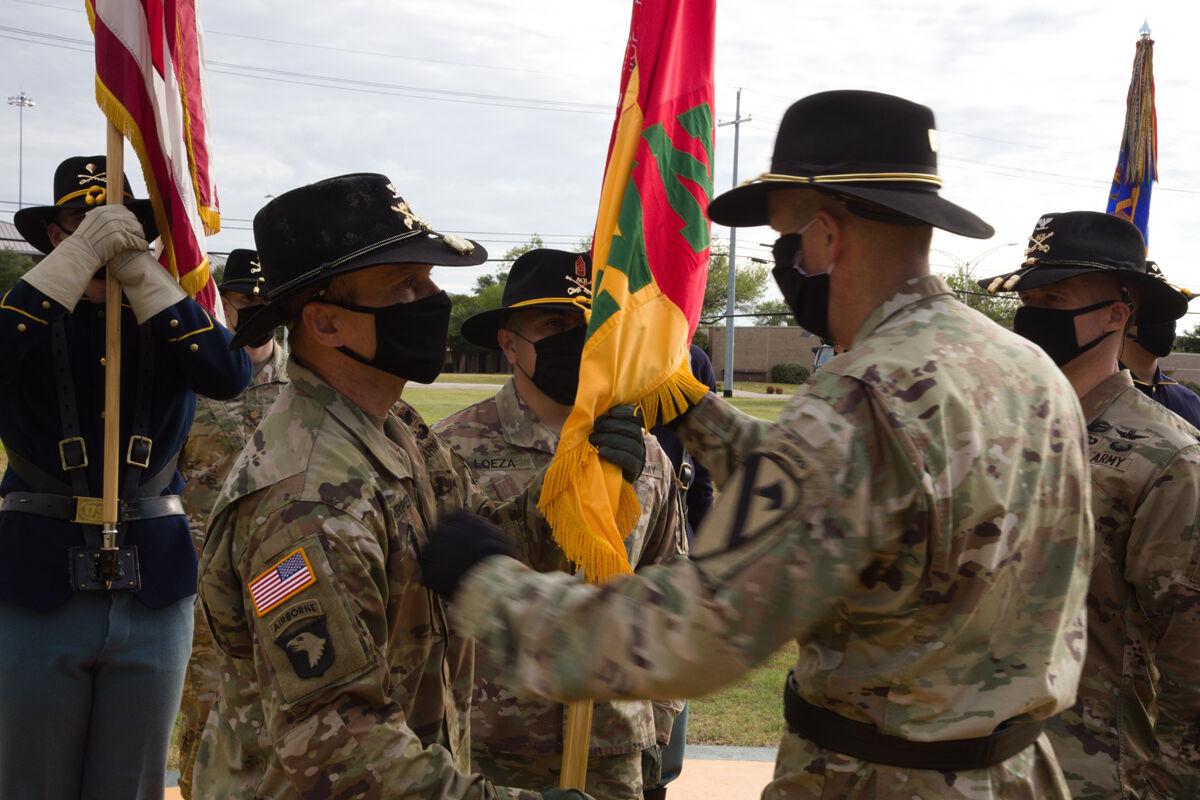 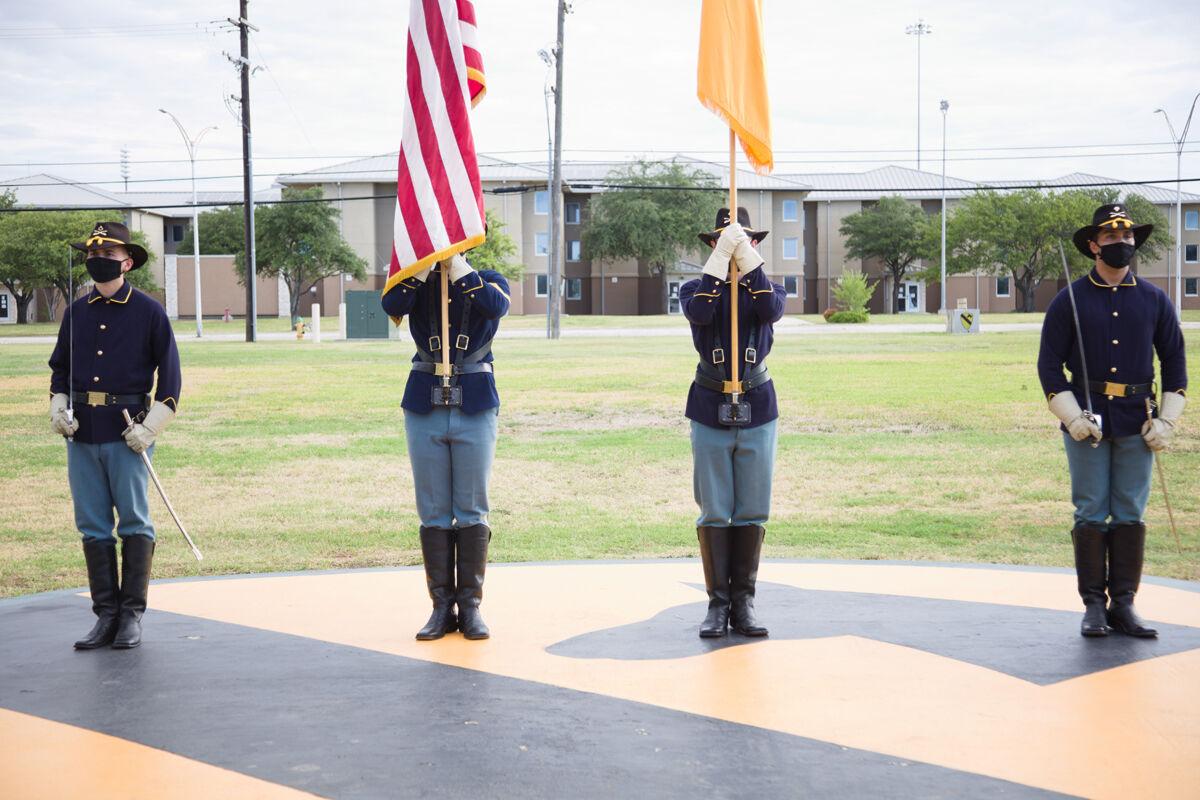 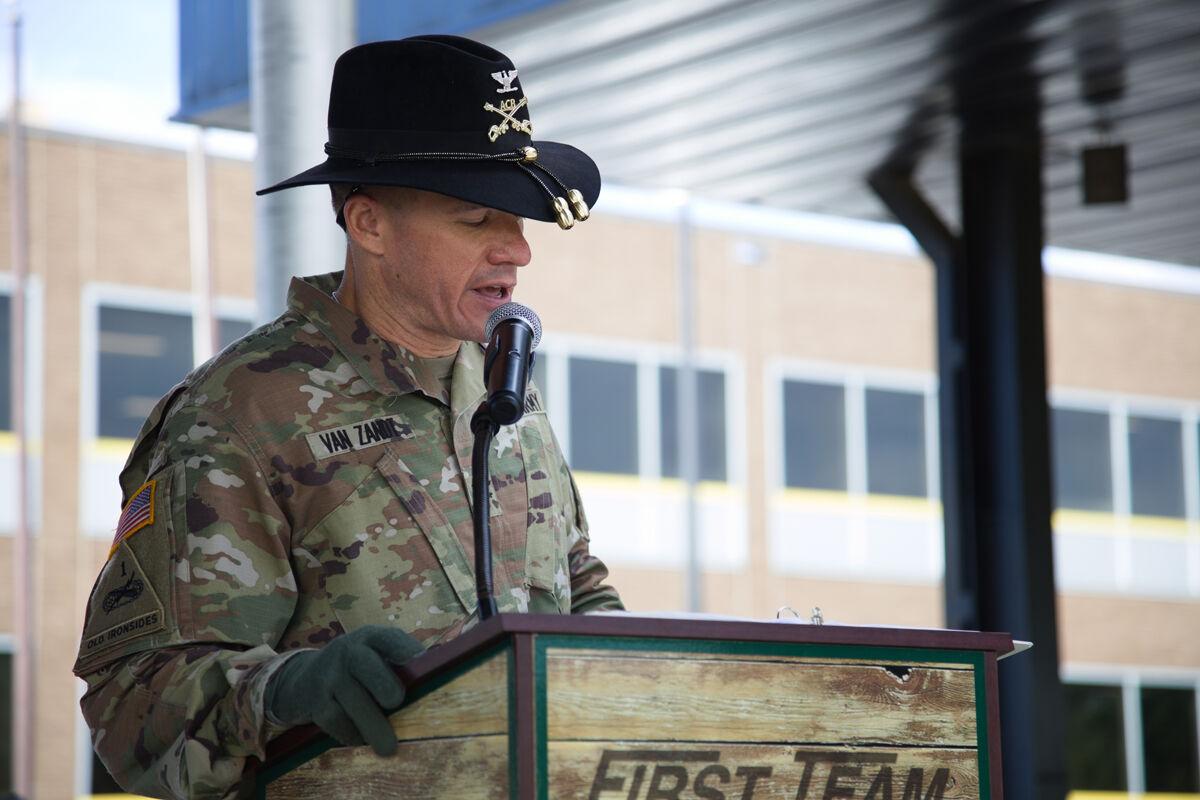 The Soldiers and families of the 1st Cavalry Division’s 1st Air Cavalry Brigade bid farewell to their commander of the last two years Wednesday morning during a change of command ceremony conducted at Cooper Field.

Col. Lance Van Zandt has commanded the Air Cav. since August 2018, led the brigade through a series of diverse missions spanning the United States and three different combatant commands overseas.

“I had no doubt that (the Air Cav. Soldiers) were in good hands just because of the fact of the ability for Lance to lead through the diverse mission set that the Air Cav. has,” Broadwater said. “Normally, brigades kind of focus on one place. Iraq, Afghanistan, maybe they are over in Europe like 2nd Bde. or Div. Headquarters over in Europe right now … really one kind of geographic location. For the Air Cav. Bde., that was not the case. Many, many different units deployed all over the globe. And trying to balance that with maintaining readiness back here in the fleet and supporting some missions that they had here in the United States, took an enormous amount of leadership and focus. And thank goodness we had Lance Van Zandt leading the team down there at the Air Cav. Brigade.”

Van Zandt spoke proudly of his Soldiers’ accomplishments across the world, saying that the sun never set on the 1st Air Cav. Bde. He was particularly proud of how they maintained consistently high readiness rates.

“Our very own Soldiers, not contract maintainers, were at the tip of the maintenance spear, and I cannot be more proud of all they accomplished,” he said. “This was my No 1 initiative coming into command, and it will be our collective legacy.”

He made it clear that the success of the brigade was not solely due to one person.

“It was because many thousands of Soldiers got pointed in the right direction, each doing their job, and they made tremendous difference along the way,” Van Zandt said.

Taking the reins of leadership during the ceremony was Col. Reginald Harper, and he shared a story that explained his feelings

“A good friend of mine from Georgia recently described his feelings when taking over a brigade leadership position,” Harper said. “He compared it to discovering a turtle on top of a fence post.  And he said, ‘When you see it, you know it’s real, because you’re looking at it … however, you aren’t quite sure how it got there. But you do know that it didn’t do it alone.’

“And I can certainly relate to that story standing here today,” Harper said, “So, to my family and close friends whom I have known for years, Soldiers and officers with whom I have previously served, thank you for taking the time

to care for, mentor and develop me over the years. Because, if it weren’t for each of you, I wouldn’t be here.”