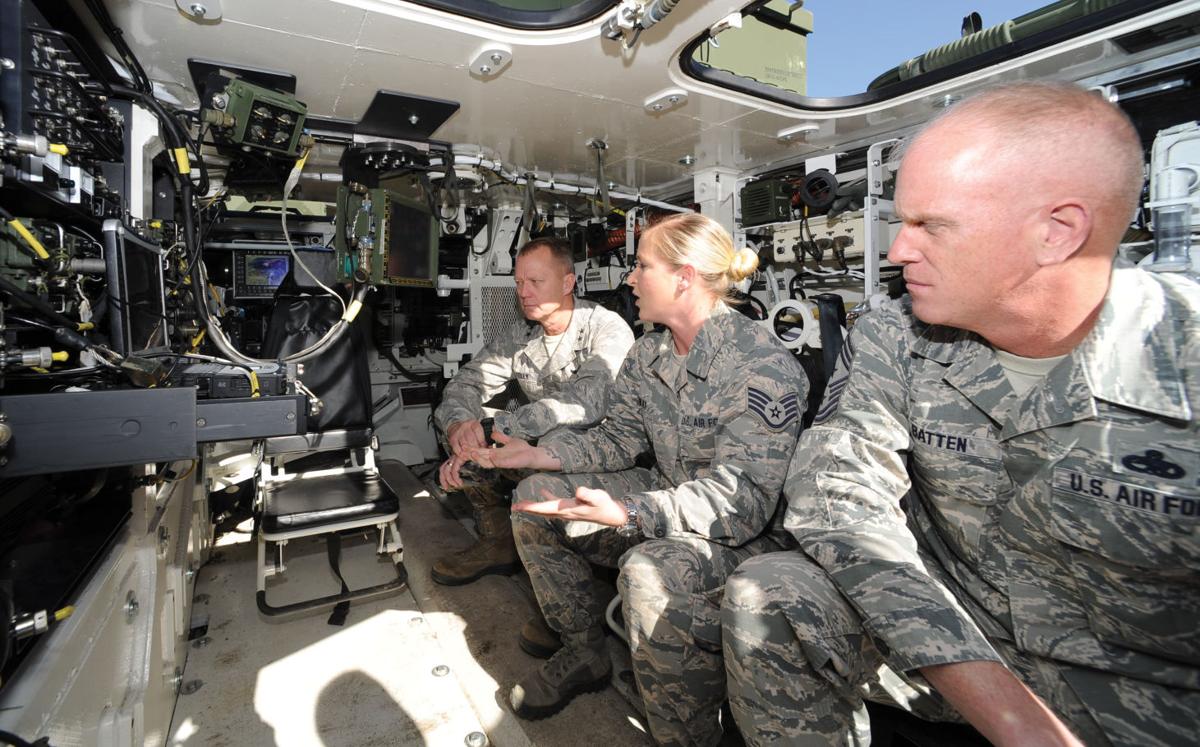 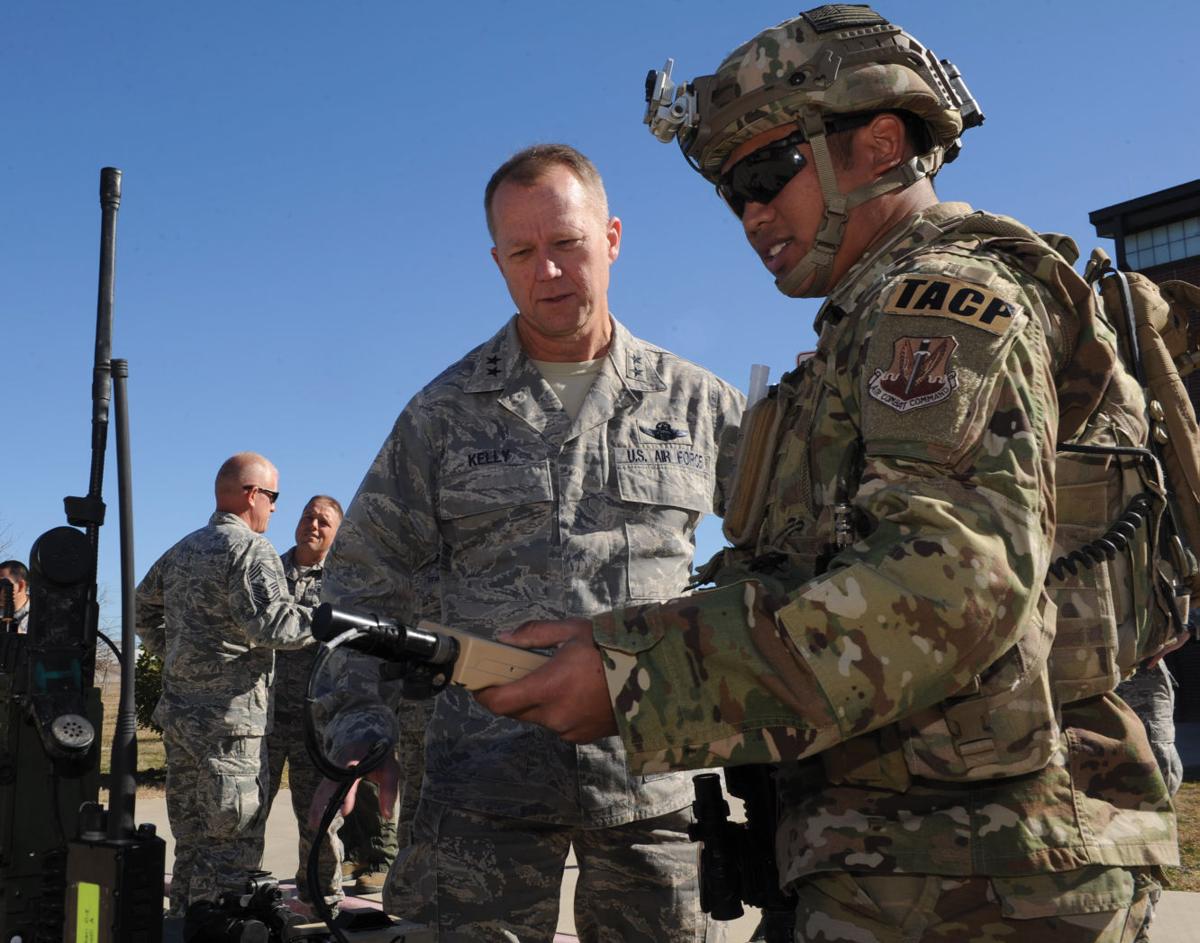 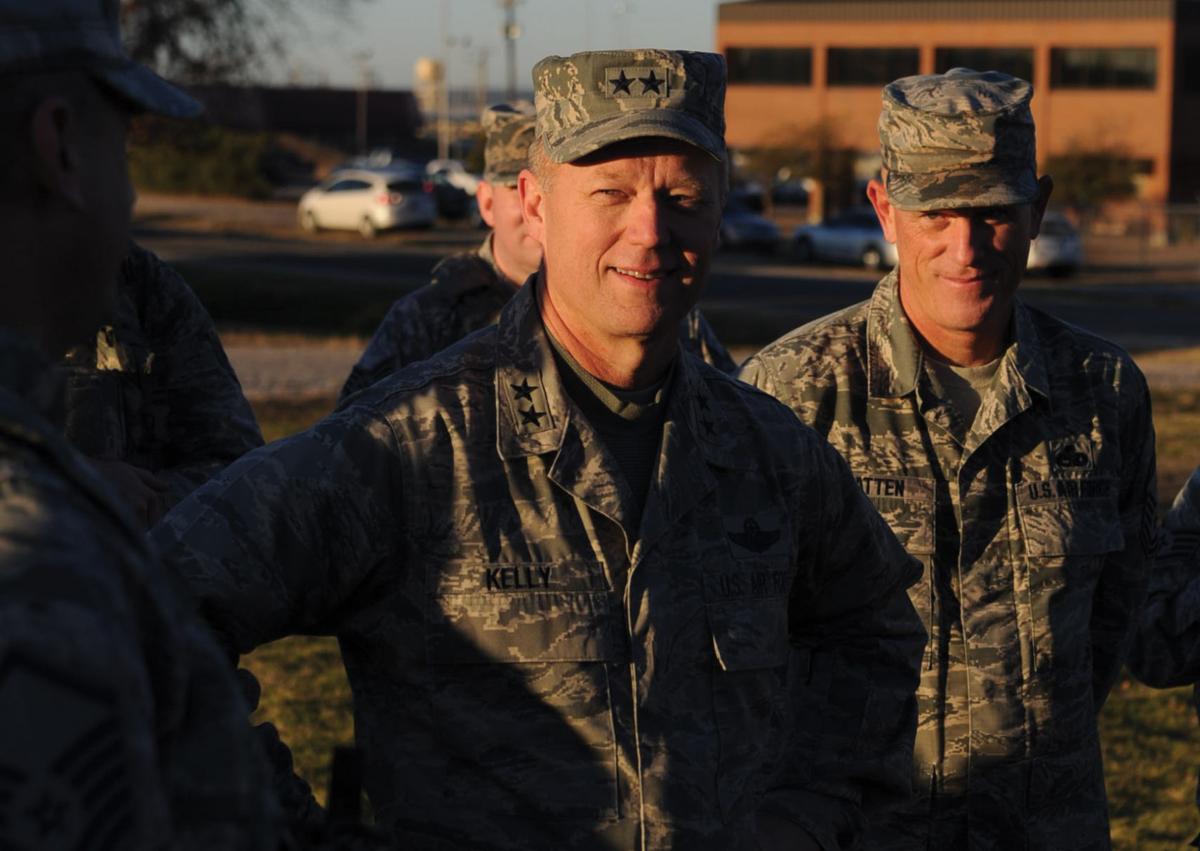 The asymmetric nature of combat and the speed at which technology evolves is changing how Air Force leaders endorse innovation within their formations, said the Air Force general in charge of airpower support to III Corps during a half-day visit to Fort Hood, Feb. 11.

Air Force Maj. Gen. Mark Kelly, commander, 9th Air Force, said one of the things that his service does very well is empower Airmen to adapt techniques, innovate solutions and come up with a “new way of doing business.

“The world changes, and including the combat world changes, faster than our acquisitions system can move to fix it,” Kelly said in an interview following his visit, “so (Airmen) are going to have to solve it themselves for a while.”

“When an Army battalion commander reaches out his right arm and wants to grab hold of his airpower expert or his cyber expert, he’ll grab – on average – a 23-year-old senior Airman,” Kelly said. “That’s not a trivial amount of responsibility.”

When TACP Airmen said their long radio antennas gave away their positions to the enemy, Air Force Staff Sgt. Claire McKay modified a communication cable to act as a flexible antenna that could be routed through body armor. Her new design allowed TACP radios to transmit across military standard frequencies while keeping a much lower profile.

“We really want them to come forward with these ideas and think outside the box and truly come up with better ways that we can get at the mission,” said Air Force Command Chief Master Sgt. Frank Batten, who also made the trip to Texas with the general. “We’re not going to get any more people, we’re not going to get any more money, so you’ve got to figure out how to do it better, more efficiently.”

Pairing Airmen with the Army’s heavy armor creates unique challenges for the Air Force squadrons that support Fort Hood units, said Air Force Lt. Col. Alex Heyman, operations director for 9th Air Support Operations Squadron. Mobility and protection in an armor fight is a concept that most of the Air Force doesn’t consider, but it’s a reality for his Airmen.

“The innovation of Airmen is really what allows us to overcome those challenges,” he said, “so our guys are fantastically skilled at getting work arounds – figuring out how to make it work – not looking at it as where the limitations are, but obstacles to get around. They’re smart and right on that lethal edge of being very highly skilled and very competent, but also very ingenuitive (sic).”

From his headquarters in South Carolina, Kelly oversees a diverse grouping of Air Force units – from F-22 fighter squadrons to search and rescue teams to the TACP and combat weather Airman who team with Army units on the ground.

“People are pretty proud of what they are doing here,” he said of Fort Hood’s Airmen. “They take a lot of pride in that; knowing they are the connectivity tissue between the ground force and the Air Force.”