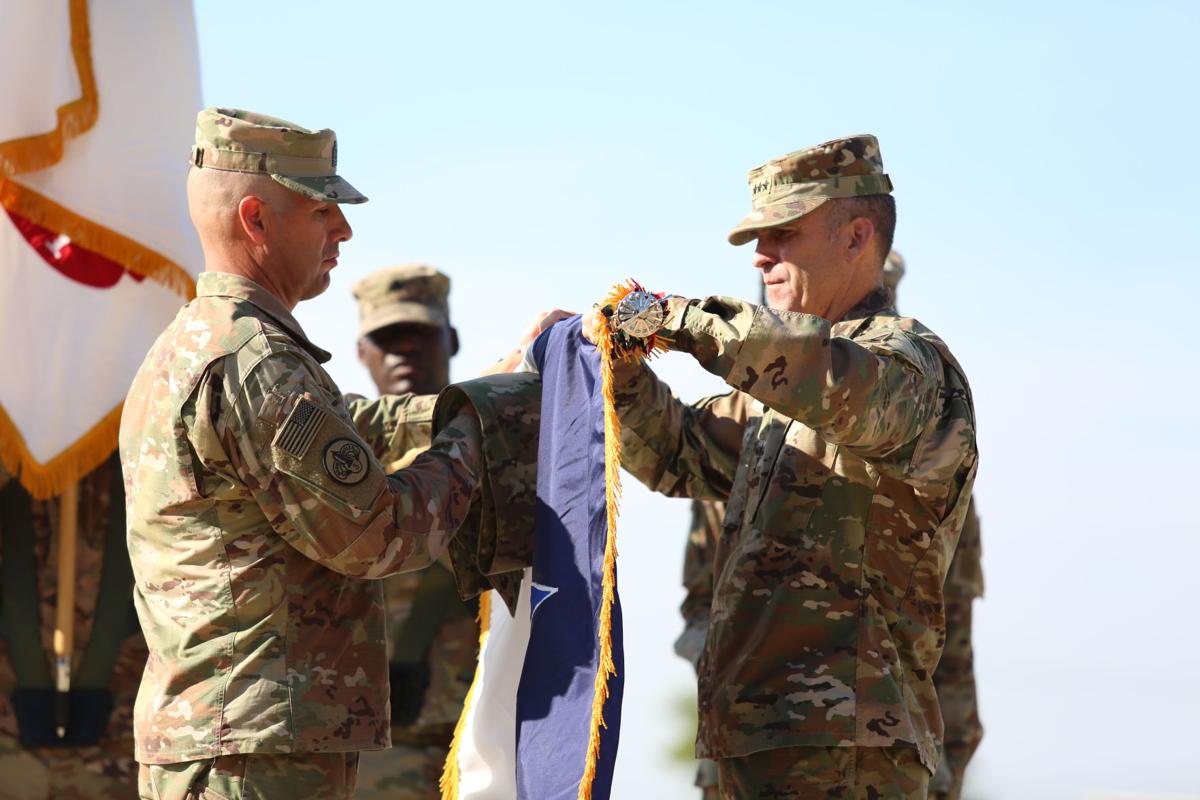 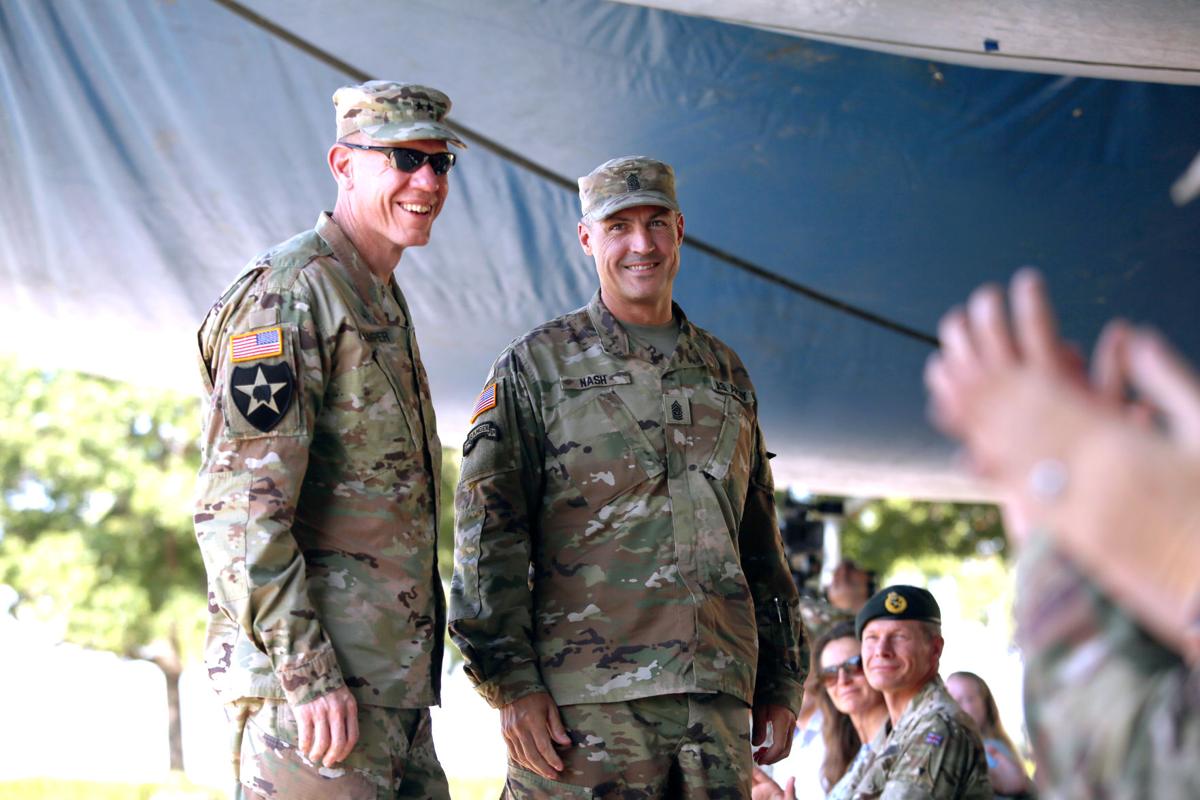 “We’ll continue to deploy forces around the globe,” Lt. Gen. Pat White, III Corps and Fort Hood commander said, “to assure our friends, to deter our adversaries, to bring hope where disaster strikes and to fight those who seek to do evil in our homeland.”

More than 250 Soldiers from III Corps will deploy in the coming weeks, in support of Combined Joint Task Force - Operation Inherent Resolve, a coalition of more than 80 nations partnering together to defeat the terrorist organizations known as the Islamic State of Iraq and Syria. According to U.S. Central Command, the operation name reflects the unwavering resolve and commitment of the U.S. and partner nations from around the world.

White said III Corps primary mission is the enduring defeat of ISIS. He said the terrorist organization remains persistent, so the corps will be providing support for the Iraqi and Syrian forces, who are attempting to keep the insurgency at bay.

“This one is unique because we have an opportunity to put the heel of our boot square on the forehead of ISIS,” White said.

Recalling that next week the United States will observe a day of remembrance for the more than 3,000 people killed during the Sept. 11, 2001, terrorist attacks, White said it is inspiring to know Soldiers are no longer signing up because of 9/11 – they are signing up because they want to make a difference. He said serving in the military provides a sense of purpose, to contribute to something that is much bigger than oneself. White said it is also important for people to remember the importance of the fight – to preserve the nation and its way of life.

“A large majority of our force that is going over with us, they weren’t even in the Army during 9/11,” Command Sgt. Maj. Daniel Hendrex, III Corps and Fort Hood senior enlisted advisor, said. “These are folks that have signed up, knowing what the Army is currently doing in many places around the world, ready to wear this uniform. It is one of the things I’m proudest of, because they didn’t have this blind misunderstanding of what’s going on and they’re still volunteering to come forward and be part of this armed forces.”

While White and Hendrex are deployed, the Army has appointed Maj. Gen. Kenneth Kamper, III Corps and Fort Hood deputy commander, and Command Sgt. Maj. Adam Nash, Task Force Phantom command sergeant major, to lead III Corps and Fort Hood during the command team’s absence. Hendrex said he has the utmost confidence in Nash to be Kamper’s right-hand man and lead the troops on the enlisted side.

“He’s personally got a great reputation as a great noncommissioned officer,” Hendrex said. “He understands the mission, understands Fort Hood and really more importantly, understands how to engage the people.”

White and Hendrex said they are leaving their families and installation in good hands – the hands of Kamper, Nash and the communities surrounding Fort Hood. Hendrex said he is very thankful for the support and programs in place for the families at the Great Place. White added that while he knows a Soldier’s absence creates a hole that no amount of 21st Century technology will fill, it shows the resiliency of the families.

The ceremonial casing of the colors is traditionally done when units are being deactivated or deployed. Throughout history, the unit’s colors follow the commander into battle, with the casing symbolizing the commander’s absence from the installation.

“America’s Hammer continues to answer the nation’s call,” White said. “We’ll continue to deploy forces around the globe, to assure our friends, to deter our adversaries and to bring hope where disaster strikes and to fight those who seek to do evil in our homeland.”