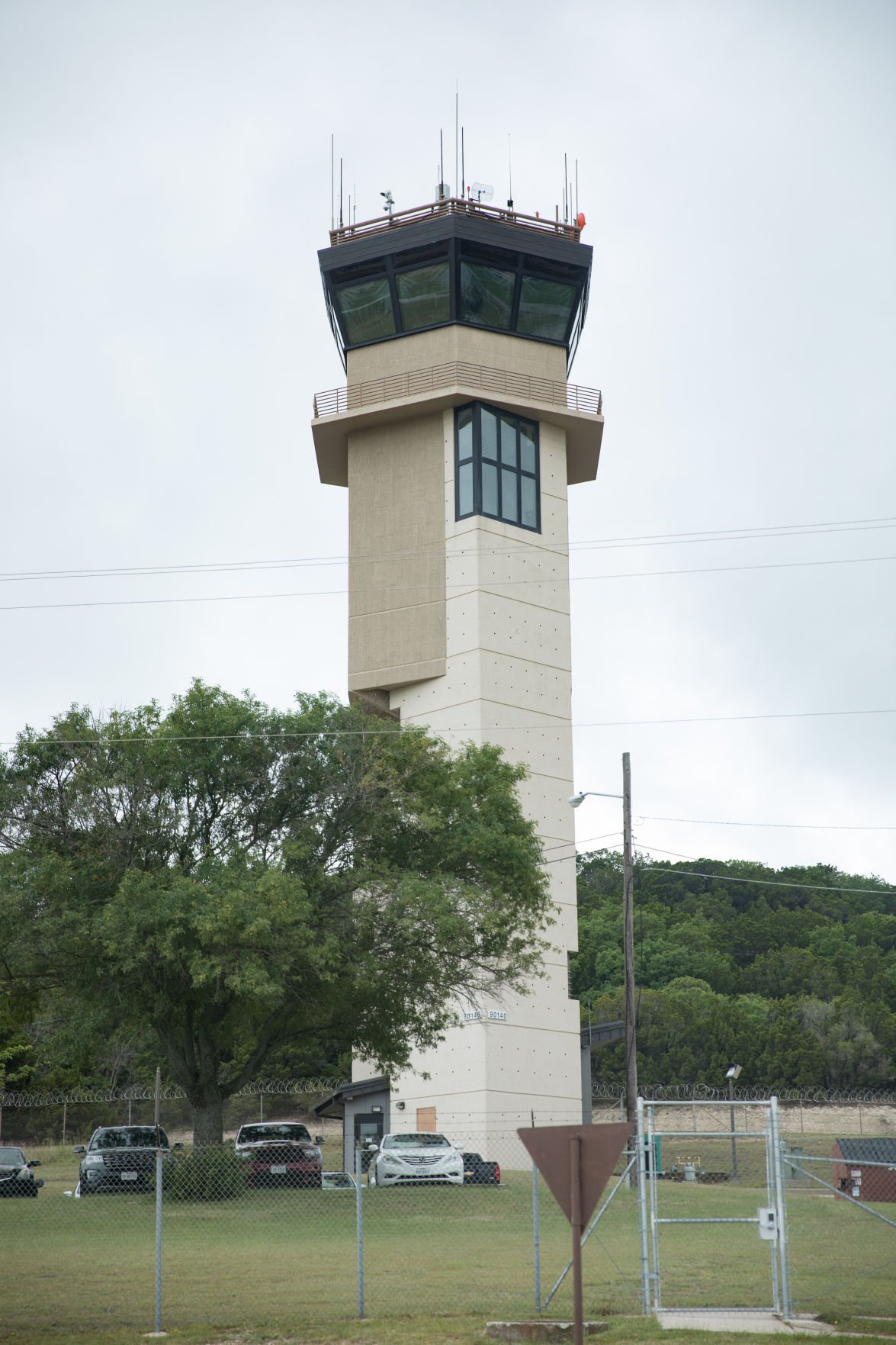 The air control tower stands over 130 feet tall at the Robert Gray Army Airfield May 12. 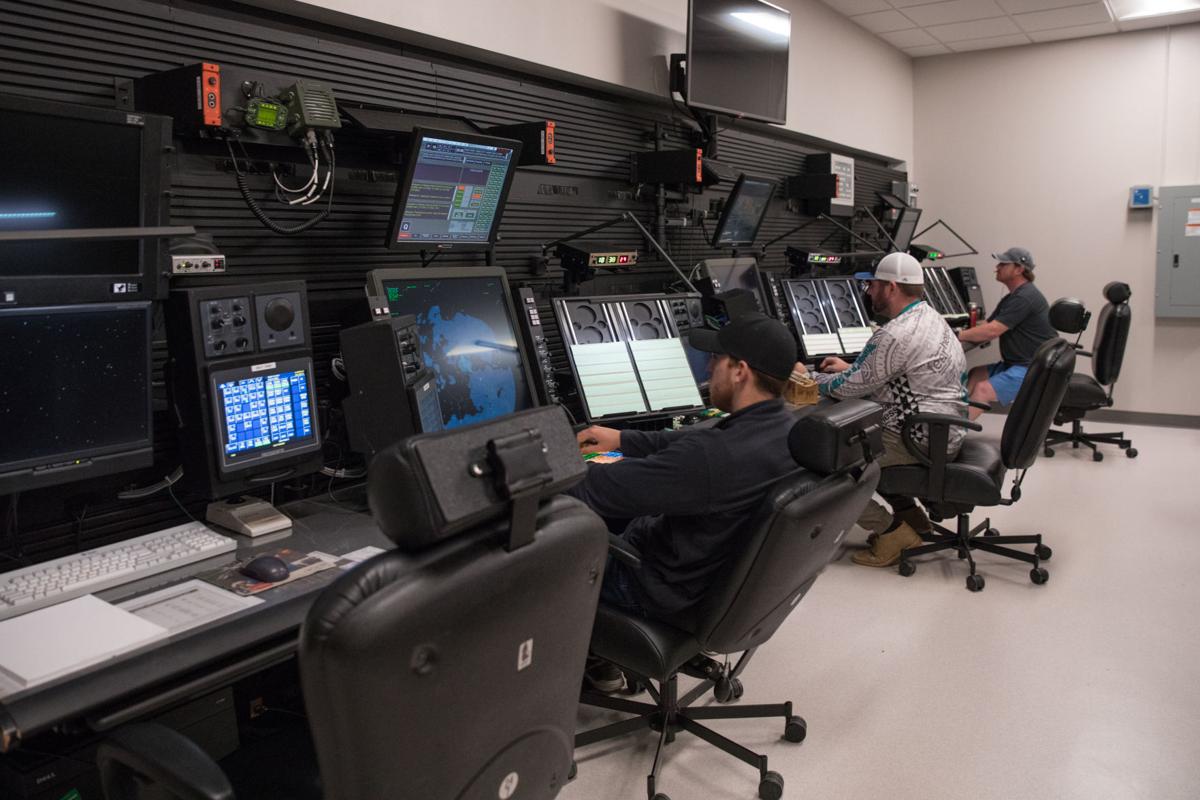 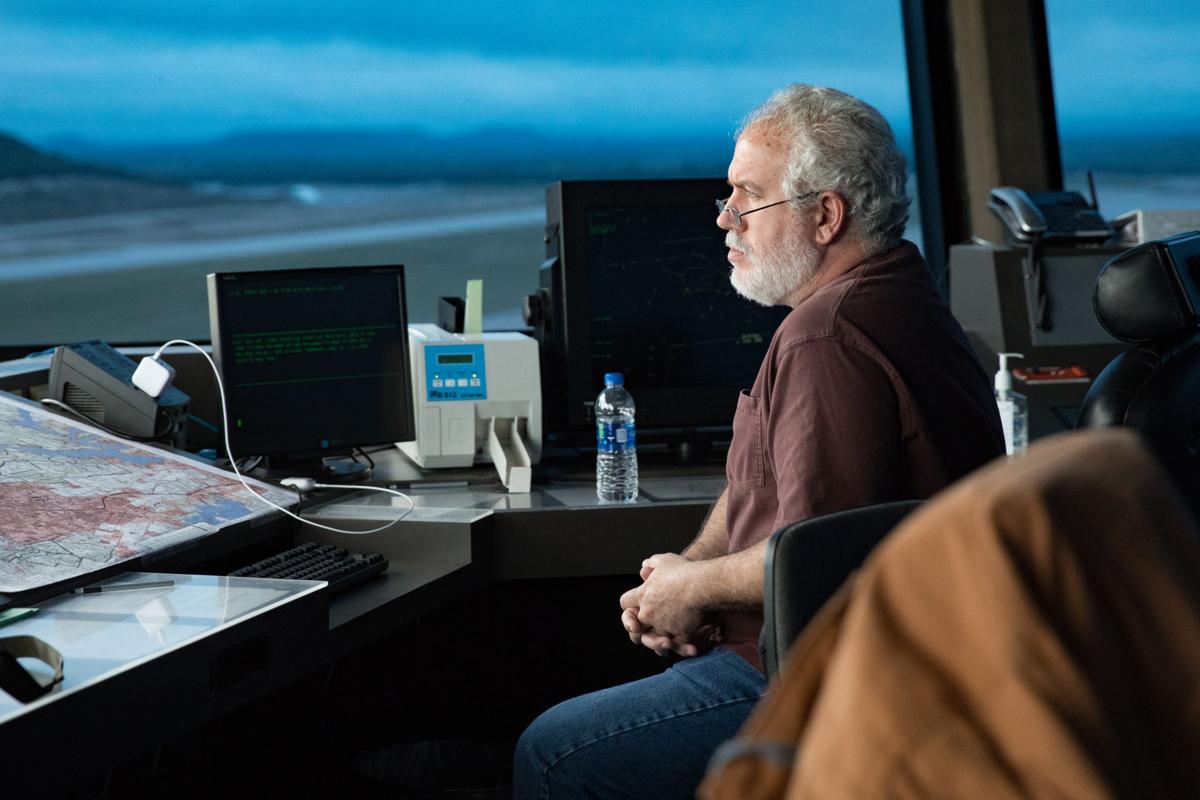 John Frank, air control specialist, looks out onto the runway as a plane prepares for takeoff, May 12, at Robert Gray Army Airfield. 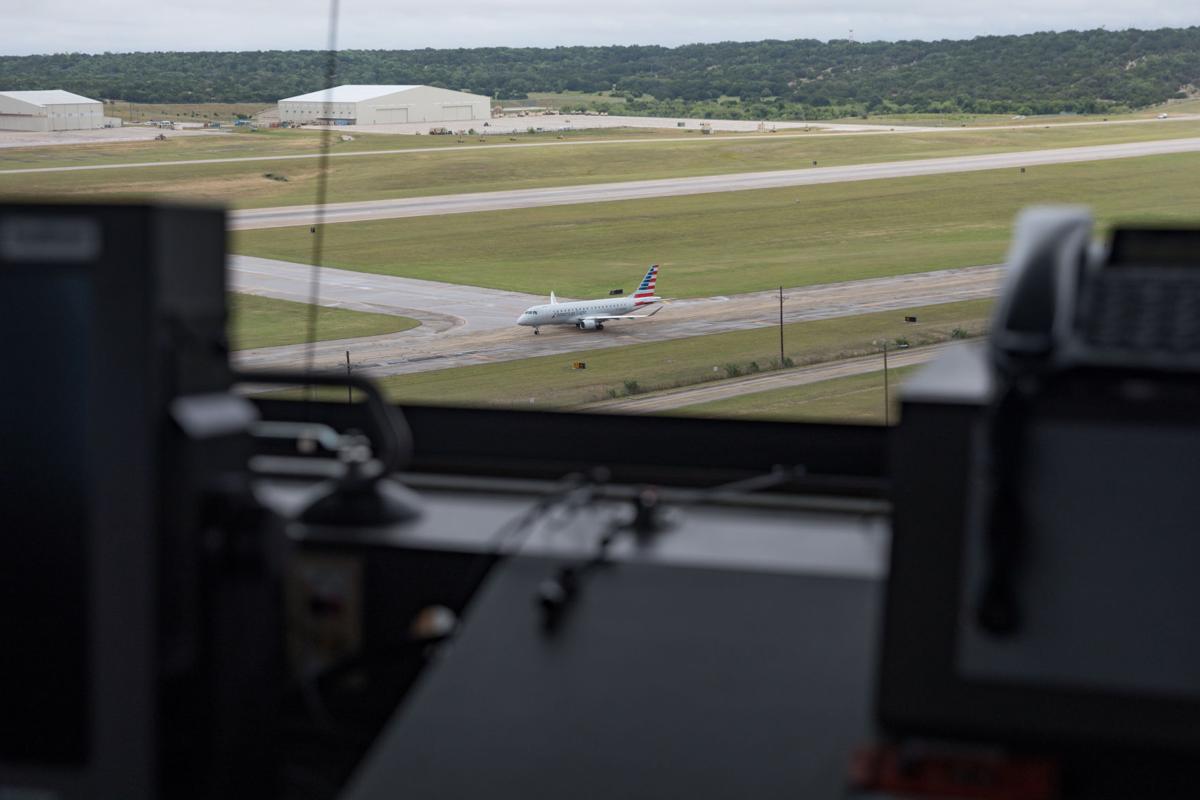 An airplane taxis down the runway to prepare to take off at Killeen-Fort Hood Regional Airport May 12. 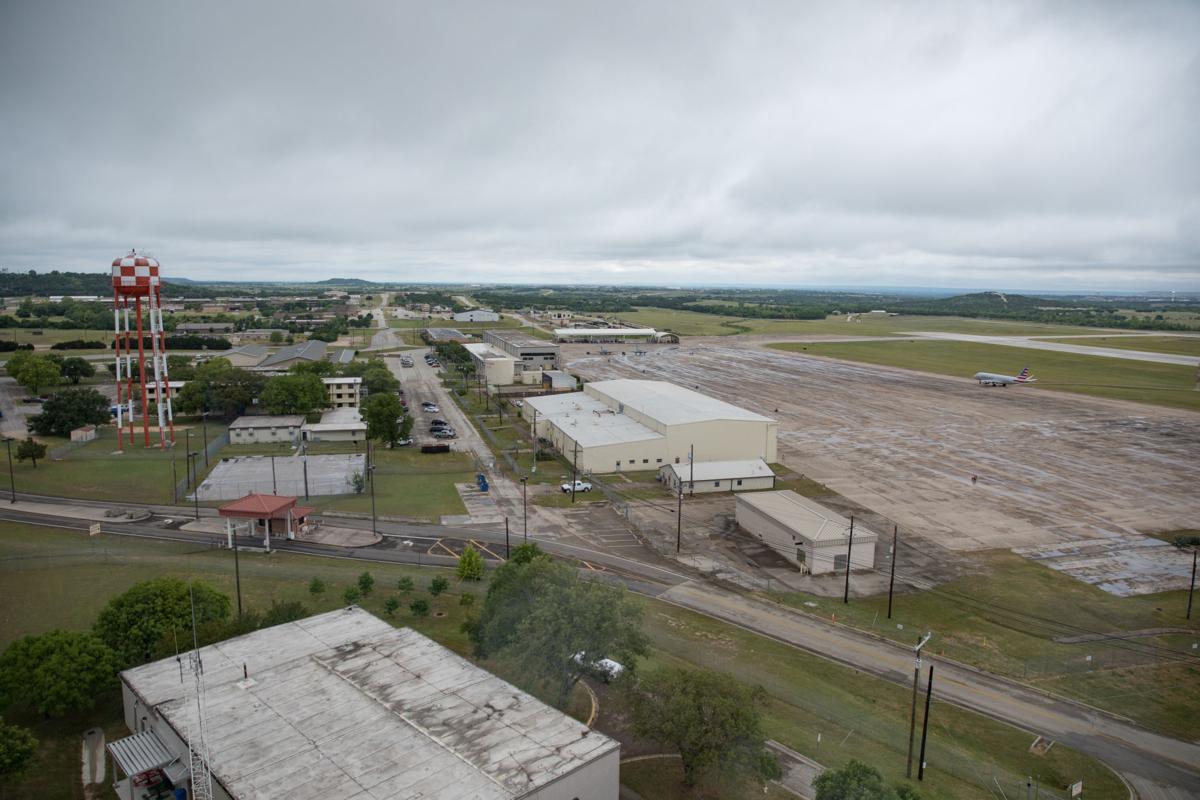 A view of the airport from the air control tower at the Robert Gray Army Airfield May 12.

The air control tower stands over 130 feet tall at the Robert Gray Army Airfield May 12.

John Frank, air control specialist, looks out onto the runway as a plane prepares for takeoff, May 12, at Robert Gray Army Airfield.

An airplane taxis down the runway to prepare to take off at Killeen-Fort Hood Regional Airport May 12.

A view of the airport from the air control tower at the Robert Gray Army Airfield May 12.

When one thinks of flying, theyprobably think of planes, pilots and flight attendants, but there are so many more people involved in the process.

At the Robert Gray Army Airfield there are many moving parts that allow the airport to run efficiently and safely, that includes those who coordinate things from the ground, and it goes beyond just those in the control tower.

“The small part is your control towers like Hood and Gray. They run roughly about a five-mile radius of the airport to about 3,500 feet. The middle part of the cake is the approach control … where you run roughly a 60-mile radius up to 12,000 to 18,000, it depends on the facility,” Vick explained. “The big part of the cake is centers … I call it the factory of air traffic control. There’s 300 to 400 people that work in a center. To give you an example Houston Center, one of the ones we work with … Houston goes from Mexico to Florida. So, centers engulf states.”

Working in air traffic control can prove to be a pretty lucrative, if you are willing to go through the long training process. Training can take several years, involves memorizing several binder’s worth of information, just in order to understand the lingo and gaining experience working alongside veterans in the field.

“It’s one of the few careers … where you can actually make upwards of $180,000 a year with nothing more than a high school education, but you’ve got to go into training, you’ve got to go to school for it and when it’s all said and done, depending on what type of facility to make that big, high money, you might spend four or five years in training to get there.”

Though it may be a challenging career to get into, those who have find it very rewarding.

“I like being a part of a career field that nobody really knows is so important to the success of air travel, especially here with us being a mobility platform,” Sean Manning, air traffic control specialist, said. “We’re behind the scenes, there’s so much going on, there’s troops moving everywhere and planes coming from all over the world landing here, picking up units, taking them all across to different deployments and nobody really knows that we’re here and we exist to make that all happen.”

Due to the pandemic, they have halted training, reduced their staff to only who is required and are ready to use their training room as a backup control room if something were to happen.

“We can turn around and we can remote into here (training room). It can go up full in here. If we want to, we just do a computer transfer to put it in here. We kind of did this as a safe room during COVID-19, so if anything happened in that room (control room) we still had this room. We had everything clean and ready to go, so we could flip and come in … to try to keep everything going as much as possible.”

Vick said, due to the coronavirus, the amount of activity that the airport normally receives dropped to a quarter of what it usually is in the month of April, but they are slowly picking back up.

“I noticed the numbers we’re looking at are starting to slowly pick back up,” Vick said. “We’re having more people start flying again. The last month and a half … you could see it drastically go off. We were probably getting a quarter of what we were getting.”

They easily adjusted to the pandemic, but in their career their resiliency is always tested from the start of their training to the end of their career.

“It’s a lot of books, a lot of memorization. A lot of multitasking and stuff like that. Air traffic controllers are normally a type A personality. That’s just kind of taught to you when you’re going through the school is that you’re making decisions, you’re making split second decisions, you’ve got to be confident,” Vick said about the fast-paced environment. “Because things keep coming and coming and they won’t stop.”

Sorry, there are no recent results for popular articles.