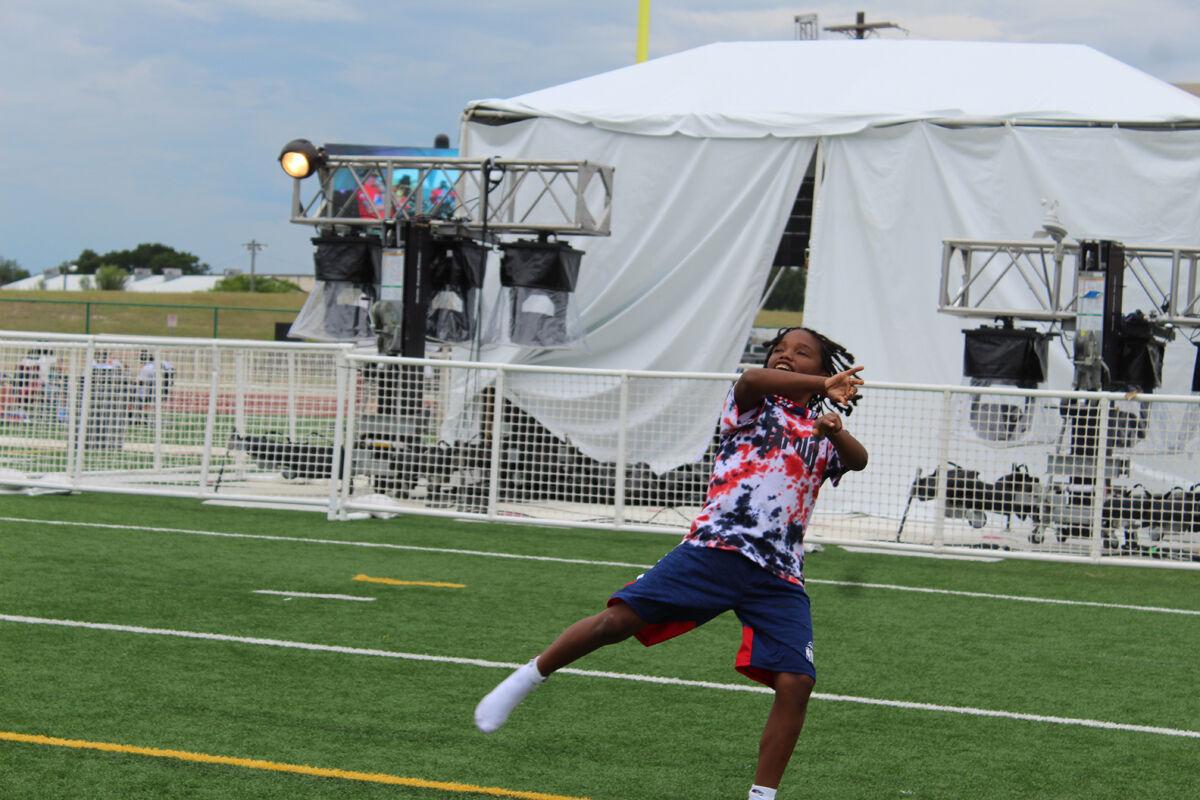 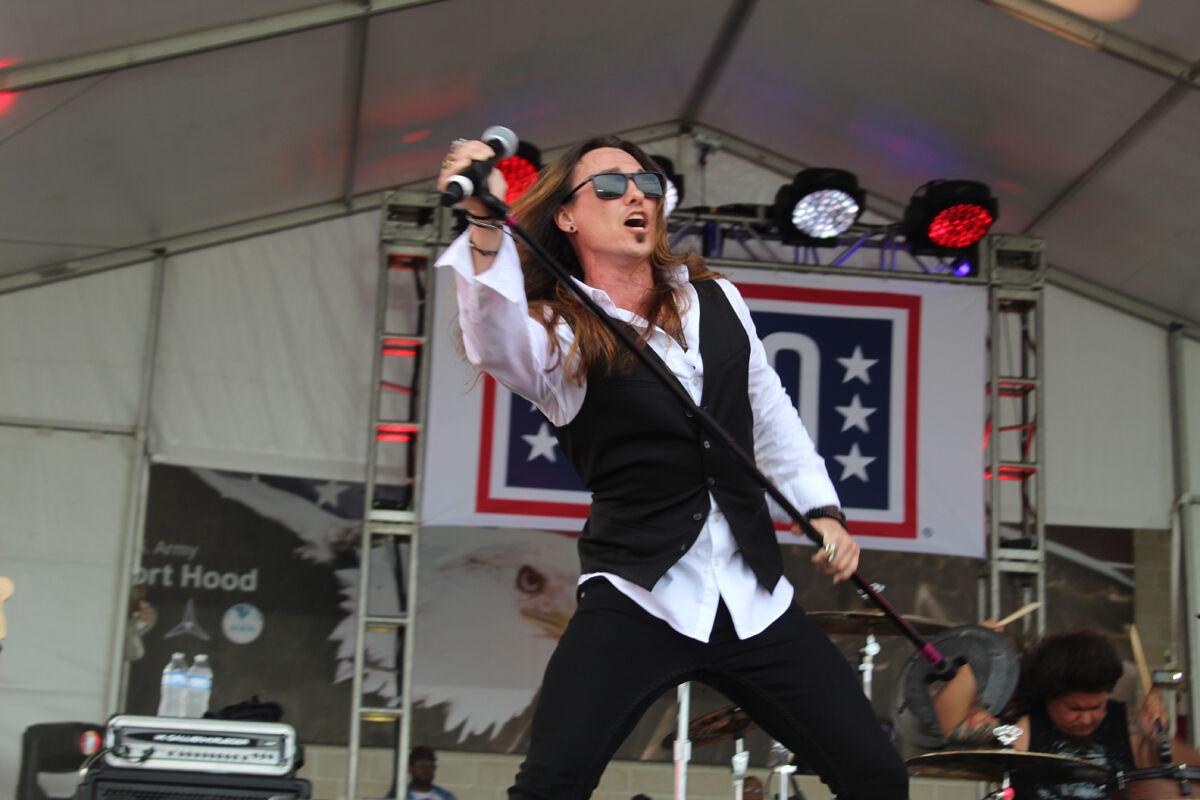 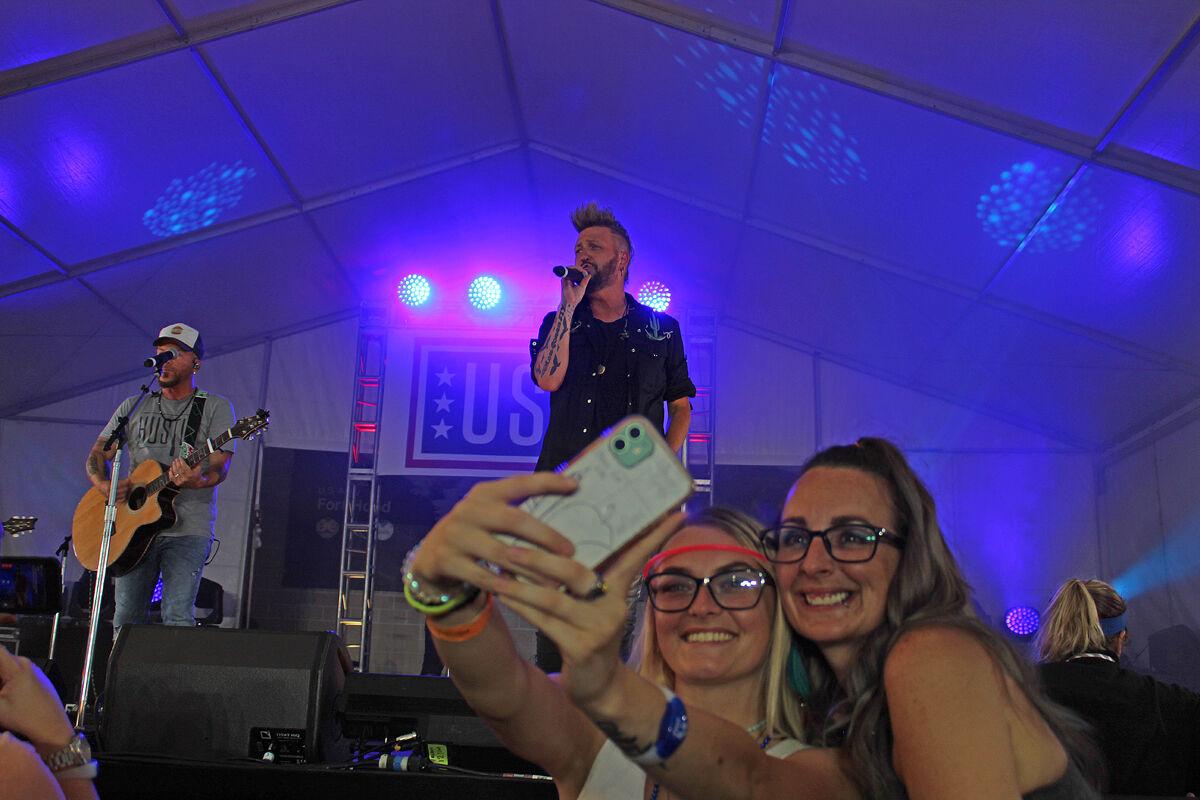 Dixie Cannon and Destinee Elledge take a selfie with country duo LOCASH in the background during their USO Tour concert Friday at Fort Hood’s Independence Day Celebration at Hood Stadium. 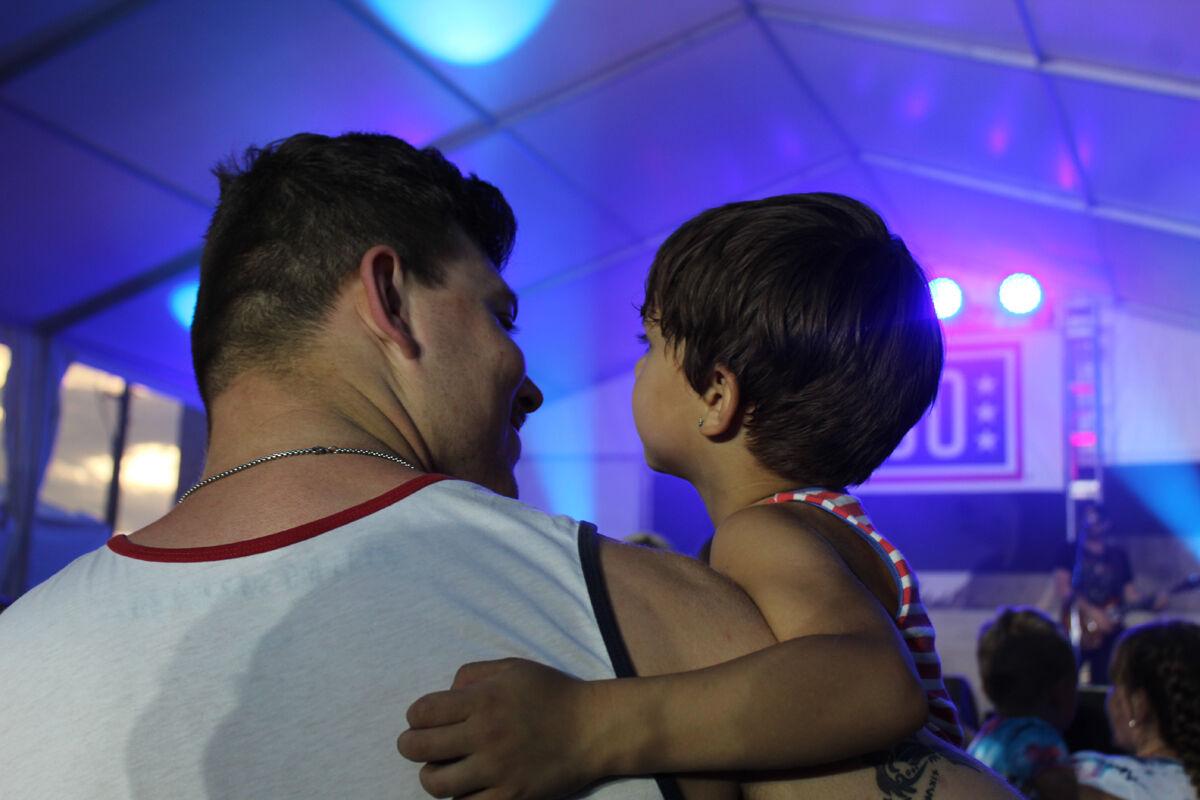 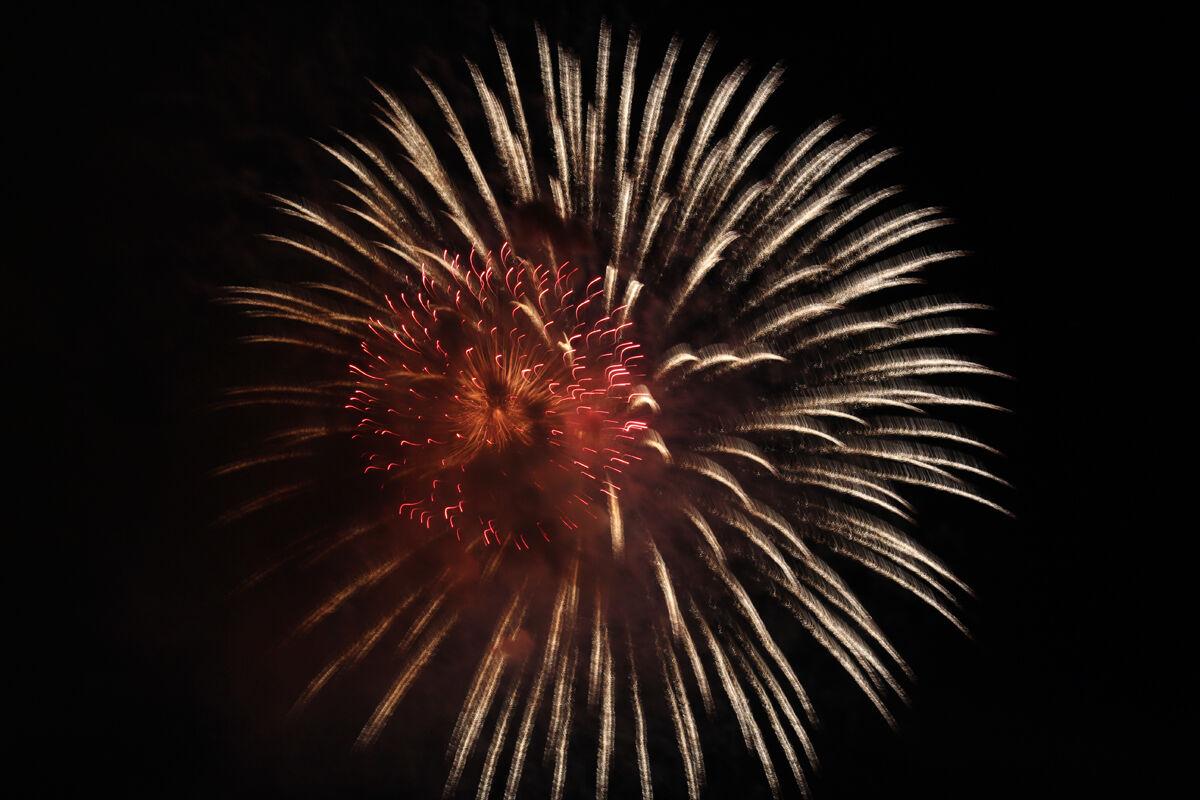 Dixie Cannon and Destinee Elledge take a selfie with country duo LOCASH in the background during their USO Tour concert Friday at Fort Hood’s Independence Day Celebration at Hood Stadium.

Fort Hood’s annual Independence Day Celebration returned with a bang, as thousands of people came out for family, fun and fireworks Friday at Hood Stadium.

The United Services Organization and Fort Hood’s Directorate of Family and Morale, Welfare & Recreation teamed up to provide entertainment to the nearly 6,000 people in attendance.

“This is about making sure we thank the men and women of III Corps, the men and women of Fort Hood, who serve our country honorably every day,” Air Force Gen. John Hyten, vice chairman of the Joint Chiefs of Staff, said about the USO Tour. “It’s been tough and we want to bring joy back to them.”

The general said he started touring with the USO in the first week of March 2020. Shortly after, everything shut down and they had to stop touring. The annual USO Tour, which normally entertains troops overseas, decided to perform for troops stateside this year, since they cannot currently tour overseas due to the COVID-19 pandemic.

“It was a great trip and it was great seeing the Soldiers, Sailors, Airmen, Marines and Guardians all over again,” Hyten said. “We enjoy the people.”

Local entertainment included performances by rhythm and blues band Distinguished Soundz, and rock ‘n’ roll band Black Heart Saints. The latter, who was performing at Fort Hood for the first time ever, said being invited to perform for the Fort Hood troops was an honor and privilege.

“This is our way of giving back to Soldiers who give so much for us,” Josh Ross, lead singer of Black Heart Saints, said. “Thank you for your service and thank you for keeping us free and safe. You guys give everything to give us the life we have, so thank you.”

Other performances throughout the night included DJ J. Dayz, actor Kyle Chandler and his wife Kathryn, Miss America Camille Schrier, comedian Taylor Williamson, and country duo LOCASH, who has toured with the USO for four years.

“There’s nothing like it … when you’re showing your support for military, the men and women in uniform, and giving them the love and show them that America’s thinking about them and praying for them,” Chris Lucas, one-half of LOCASH, said about the USO Tour. “We wouldn’t miss it for the world, because it’s the best feeling in the world.”

Lucas and his singing partner Preston Brust spent the day with the troops, touring Fort Hood and talking with Soldiers. Brust said one of his favorite parts of touring military installations is breakfast, lunch and dinner, where he has the opportunity to share a meal with troops and just talk and find out their interests.

He said he asked the troops at Fort Hood how many of them use the music studio at the new Fort Hood USO. When he discovered that a lot of them did not know about it, he invited them back to the USO to perform with them.

“We started singing together. We had the piano going and the guitars going. Everybody was just smiling and clapping and stomping their feet,” Brust recalled, noting that he looked over and noticed Isabel Hubbard, executive director of USO Fort Hood, Central Region, watching them with tears in her eyes. “We’re over here having so much fun signing ‘One Big Country Song’ and she just has tears in her eyes. It was really cool in that moment to see her pride pour out through her tears.”

Hubbard said the whole moment was very surreal, as she put so much time into the music room, which had sat silent for more than 15 months.

“To hear music coming out of it and echoing down the hallway,” Hubbard said, was an emotional moment. “Seeing Preston and Chris interacting with the service members, making music together – that is the vision of the music room at the USO.”

The country music duo, who have seven Billboard Hot Country singles, performed their popular songs Friday night, before changing things up and covering some popular hits from the last several decades. After inviting Hyten to the stage, the duo shared a story about practicing backstage when they heard the general singing with them. With his low bass voice, they invited him to join them for a performance of gospel song “I’ll Fly Away.”

The crowd enjoyed Hyten’s performance so much that he stayed on stage to continue performing pop, rock and country hits with LOCASH, hitting that low bass that is difficult for a lot of singers. Angelina Casarez from Joint Base San Antonio also took stage with LOCASH, when asked if anyone knew the rap to TLC’s hit song “Waterfalls.” Performing up on stage with thousands of people watching, Casarez didn’t miss a beat. She said, after watching LOCASH perform at JBSA on July 1, she came to Fort Hood hoping they would ask for someone from the audience again.

“I’m just so excited. That is one of my favorite songs and I’ve been singing it since I was in middle school,” Casarez added. “I think I’ve been karaoking this song so much that I’m still kind of in shock.”

LOCASH performed until the fireworks display, which capped off the event. Hubbard said the event was a success, and it was great to see so many people out enjoying themselves once again.

The United Services Organization and Fort Hood’s Directorate of Family and Morale, Welfare & Recreation teamed up to provide entertainment…