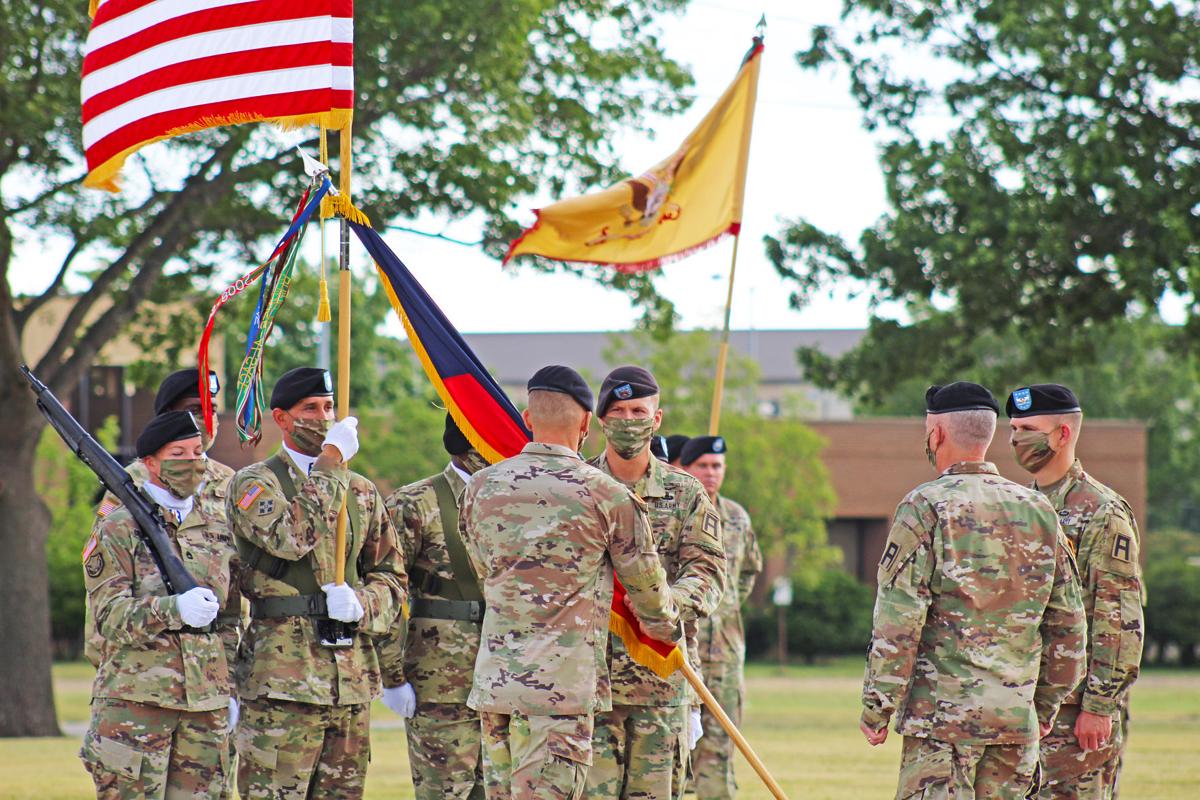 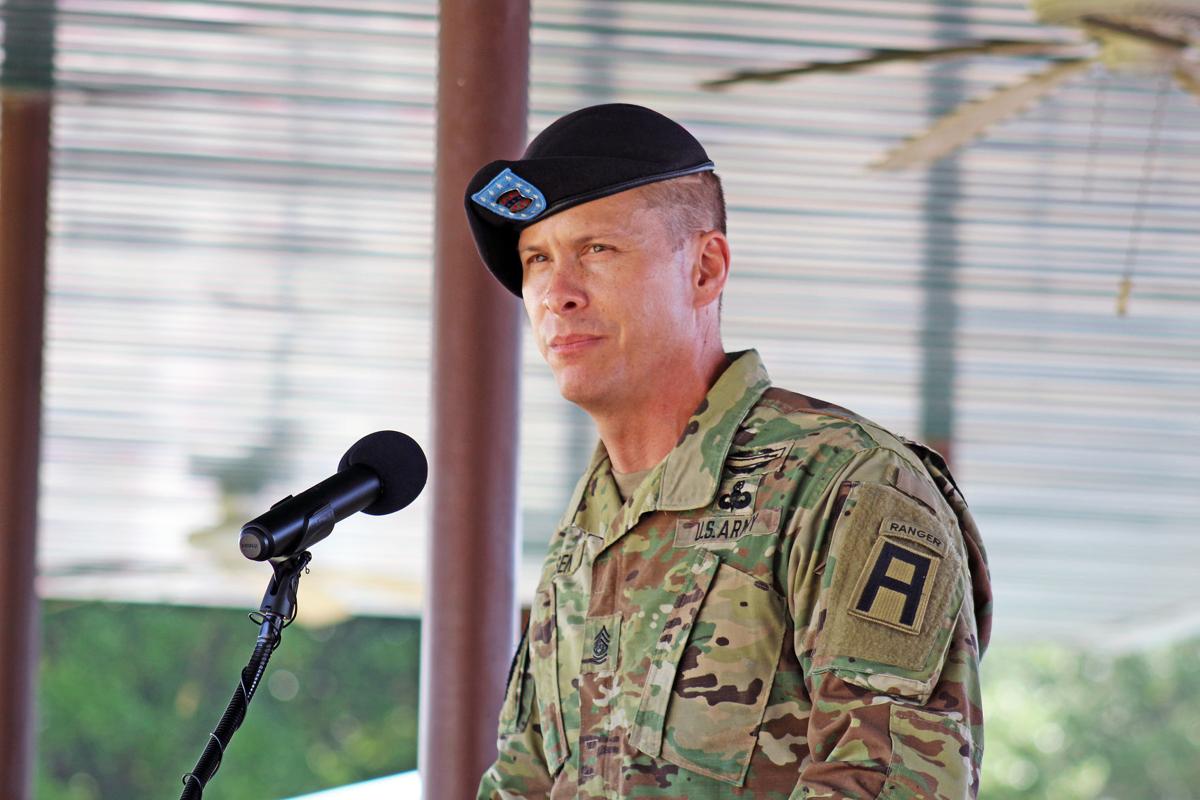 Command Sgt. Maj. Eric Olsen, senior enlisted advisor of the 120th Inf. Bde., addresses the formation of troops and guests during the brigade's combined change of command and transfer of authority ceremony on Cameron Field June 19. 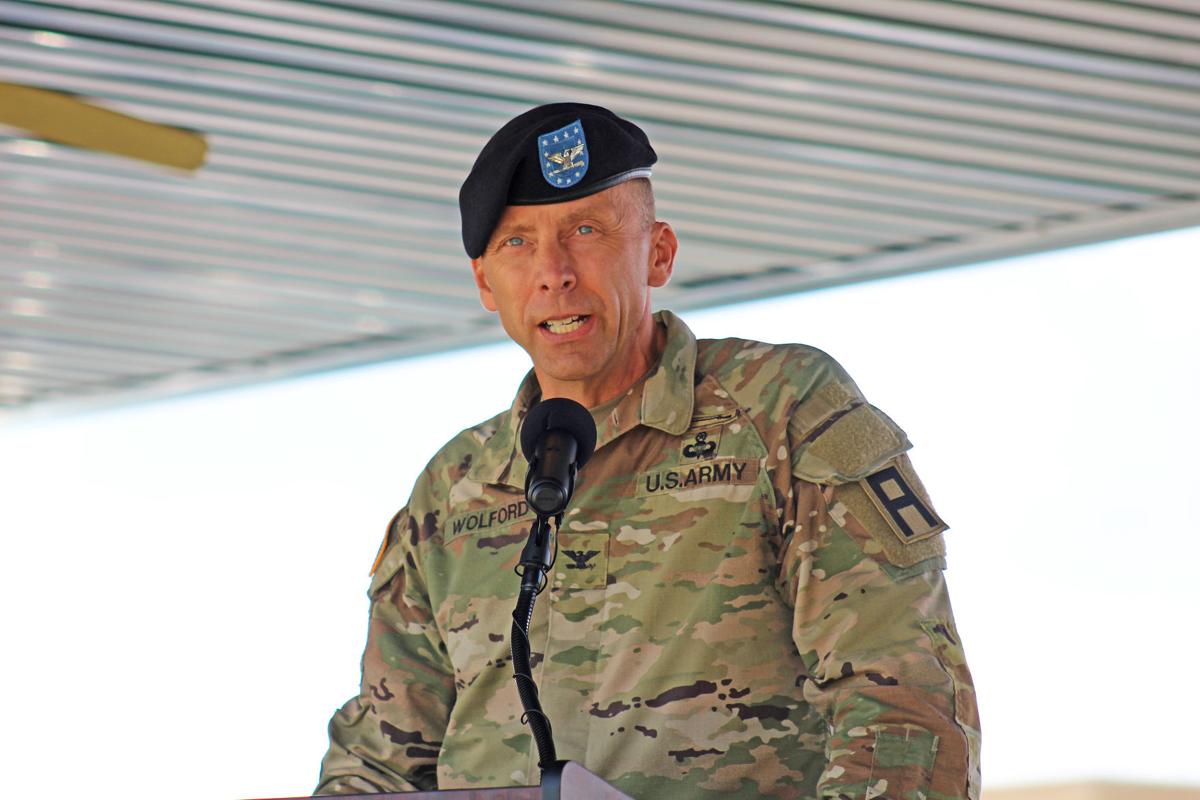 Col. Brian Wolford, the new commander of the 120th Inf. Bde., speaks during the brigade's combined change of command and transfer of authority ceremony on Cameron Field June 19. 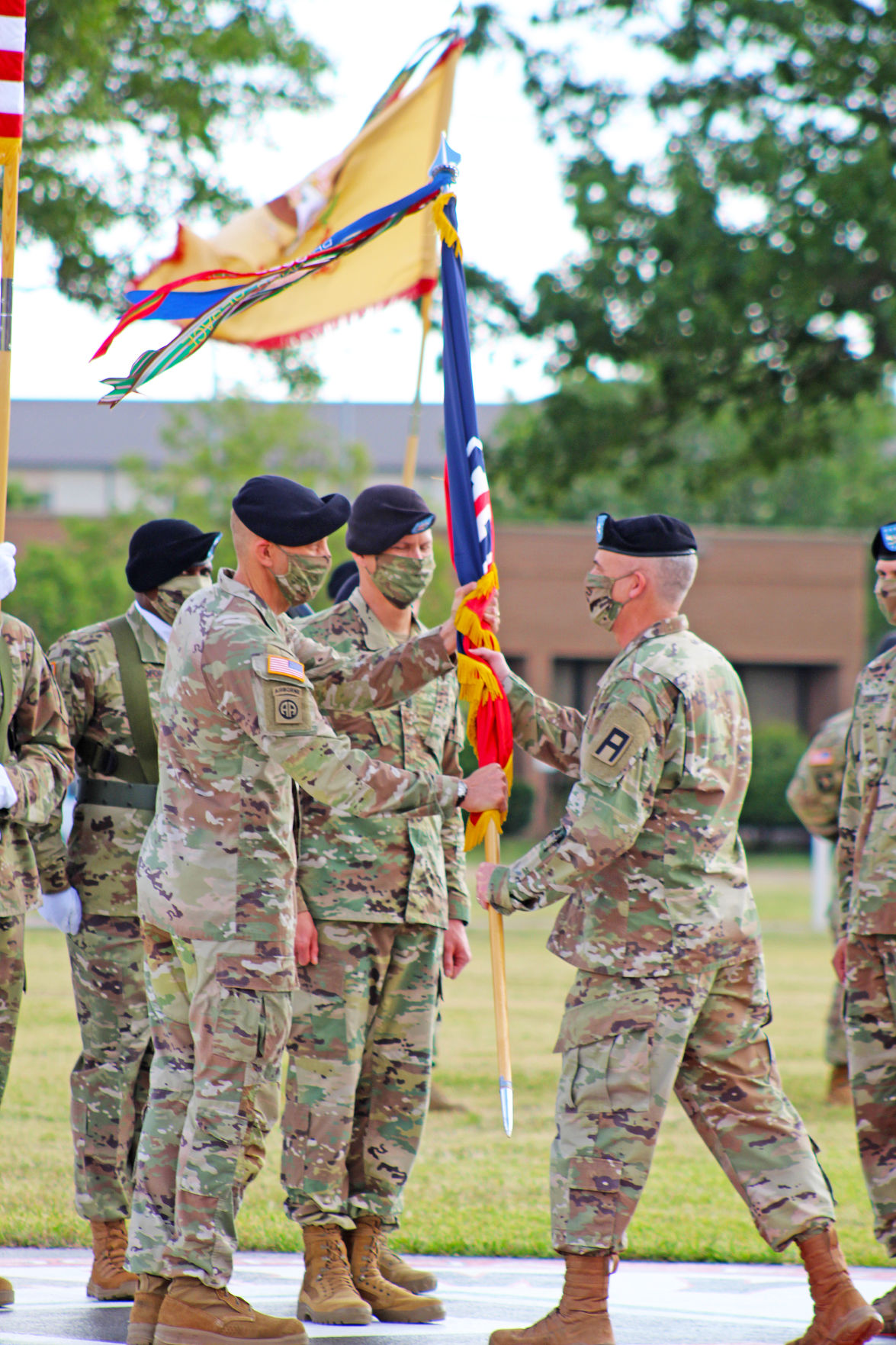 Command Sgt. Maj. Eric Olsen, senior enlisted advisor of the 120th Inf. Bde., addresses the formation of troops and guests during the brigade's combined change of command and transfer of authority ceremony on Cameron Field June 19.

Col. Brian Wolford, the new commander of the 120th Inf. Bde., speaks during the brigade's combined change of command and transfer of authority ceremony on Cameron Field June 19.

“The one Army, one team, one fight concept is perfectly summed up here across the formation at First Army, where we focus 24/7 on building and integrating total Army readiness – active component, Reserve component and National Guard,” he said about the 120th Infantry Brigade, whose mission it is to mobilize and validate Army Reserve and National Guard ground units preparing for deployment.

The Bayonet Brigade welcomed its new commander and new command sergeant major during a combined change of command and assumption of authority ceremony.

During the traditional passing of the colors, Col. Lance Cangelosi, outgoing commander, passed the unit colors to Hoefert, who, in turn, passed the colors and their symbolic responsibilities to Col. Brian Wolford. Wolford then passed the colors to Command Sgt. Maj. Eric Olsen, affirming him as the unit’s new senior enlisted advisor.

The passing of the colors is a time-honored tradition, with the colors representing the rich heritage and history of the unit. As the incoming commander accepts the colors, the new leader is trusted with bringing unity to the formation.

“As a testament to your leadership, upon review of my notes after two weeks, I can honestly say this,” Wolford said, addressing Cangelosi, “your policies will endure for the foreseeable future.”

The new commander, who had been following the brigade for several weeks, said it is evident that Cangelosi’s leadership, devotion and stewardship is deeply woven into the Bayonet Brigade.

“Command Sgt. Maj. Olsen and I will seek to continue your excellence,” Wolford said.

Addressing the Soldiers on the field and those who could not be there in person, due to COVID restrictions, Cangelosi, who will be heading to the Combined Arms Support Command, said he knows that they are the reason the brigade successfully mobilizes approximately 20,000 Soldiers annually.

“Two years ago, I stood here and gave a short speech, with wonder in my eyes, hope in my heart and a palpable feeling of excitement for the future. After two years, those feelings have not changed,” Cangelosi said. “I couldn’t have asked for a better team to be part of and I thank you for allowing me to call myself a Bayonet Soldier for the last two years.”

Describing what it means to pass the torch from one commander to another, Hoefert said change of command ceremonies are about leaders – not the ones changing command, but the Soldiers in formation. He said while leadership is a duty, command is a privilege – the sign of a good leader.

“Leadership is, or should be, an inherent duty and responsibility of anyone who puts on the uniform – from the private to the general,” the general said. “In fact, the further up the chain you go, you simply become the more disposable member of the organization.”

As Wolford looked out at the leaders in his new formation of troops, he thanked them for answering his “ceaseless line of questions,” as he prepared for the command.

“I’ve been around the Army for a little while, but I’ve never been with you, here with you in First Army. You know some things I don’t know and I’m here to learn from you,” Wolford concluded. “You’re gonna teach me and we’re gonna get this done together.”