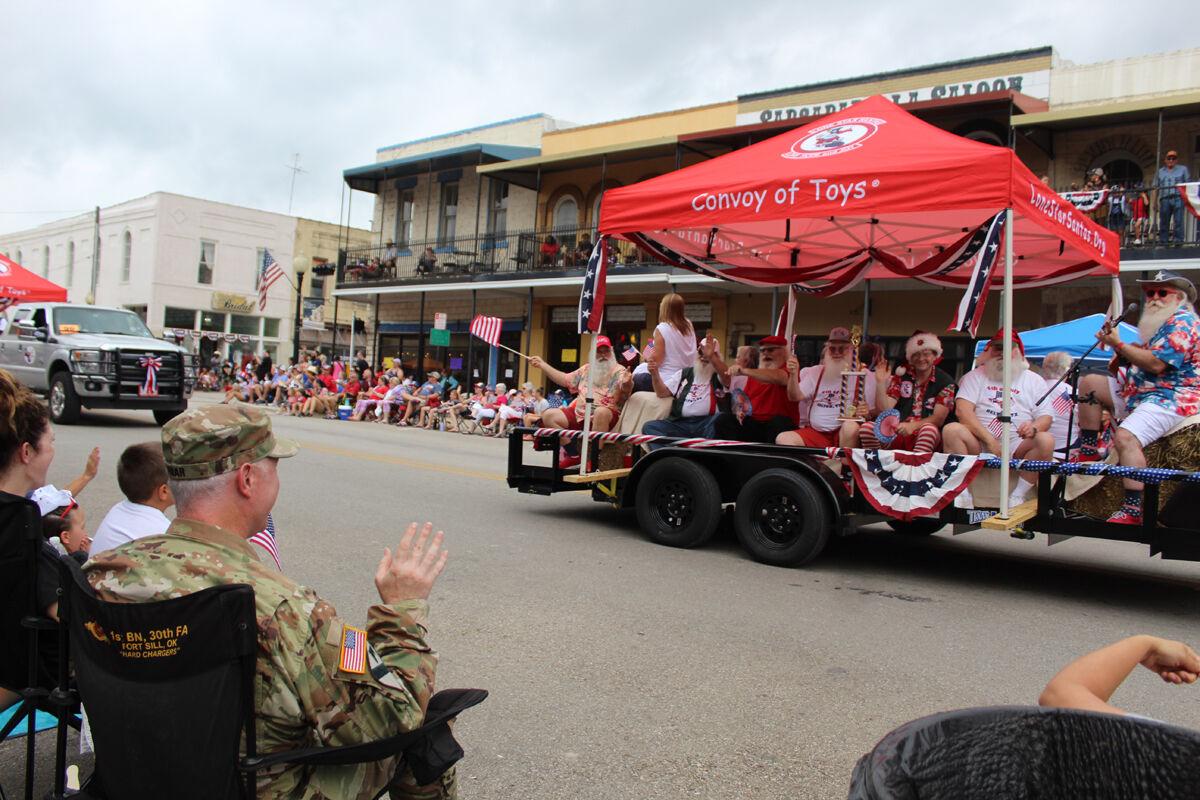 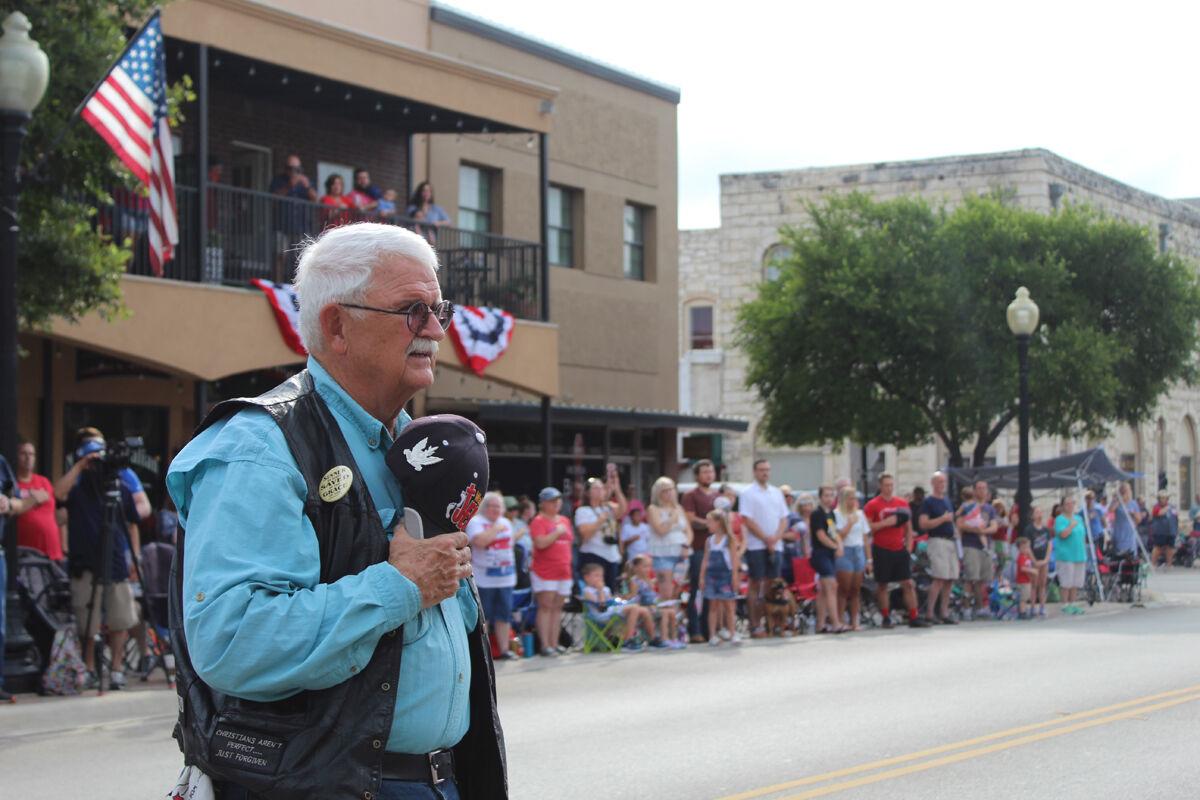 Army veteran Larry Ross pays honors to the American flag during while the National Anthem is performed before the Belton Independence Day Parade Saturday in front of the old Belton Courthouse.

Army veteran Larry Ross pays honors to the American flag during while the National Anthem is performed before the Belton Independence Day Parade Saturday in front of the old Belton Courthouse.

BELTON — Thousands lined the streets downtown as the city saluted its hometown heroes during the 101st Independence Day Parade here Saturday, followed by a celebration at Yetti Polk Park.

After celebrating its centennial parade in 2019, the city had to cancel the 2020 parade due to the COVID-19 pandemic. After all the struggles communities faced throughout the pandemic and winter storm, Belton celebrated its hometown heroes – those who worked tirelessly to restore power, water and other essentials.

Brig. Gen. Brett Sylvia, acting commanding general of 1st Cavalry Division, who served as the military grand marshal, said it is fitting that the theme of Belton’s parade is “Honoring our Hometown Heroes.”

Sylvia reminded the thousands in attendance about all the hometown heroes who helped the community survive and thrive despite the problems. Hometown heroes included police, fire fighters, medical, truck drivers, grocery store employees, educators, sanitation workers, carpenters, plumbers, electricians and all those who continuously worked throughout the pandemic and winter storm.

“It is no doubt that our hometown heroes were essential in getting us through this pandemic and the winter storm,” Sylvia added. “Let this Independence Day celebration mark a return to normalcy for Belton and the rest of the Central Texas area.”

More than 25,000 attendees waved to the parade participants walking and riding through the parade route. With 156 entries, businesses, schools, non-profit organizations and others participated in the parade, decorated with red, white and blue to celebrate the nation’s birthday.

The 1st Cavalry Division’s Horse Cavalry Detachment led the parade carrying the colors, followed by Sylvia and his family in a vehicle for the military grand marshal. The 1st Cav. Div. Jazz Band played jazz music while dancing through the streets of Belton.

Following the parade, people flooded Yetti Polk Park, which featured dozens of food and craft vendors. The city hosted its first ever hot dog eating contest, with male, female and youth category contestants. The contest was a huge success and Randy Pittenger, president of the Belton Area Chamber of Commerce, said he hopes to make it an annual event.

Although disappointed that Belton’s parade streak was broken last year, Belton Mayor Wayne Carpenter said this year has shown him what kind of city he lives in, a city he is proud to call home.

“President Abraham Lincoln once said, ‘I like to see a man who is proud of the place he lives,’” Carpenter added. “I am proud to be from Belton, Texas.”