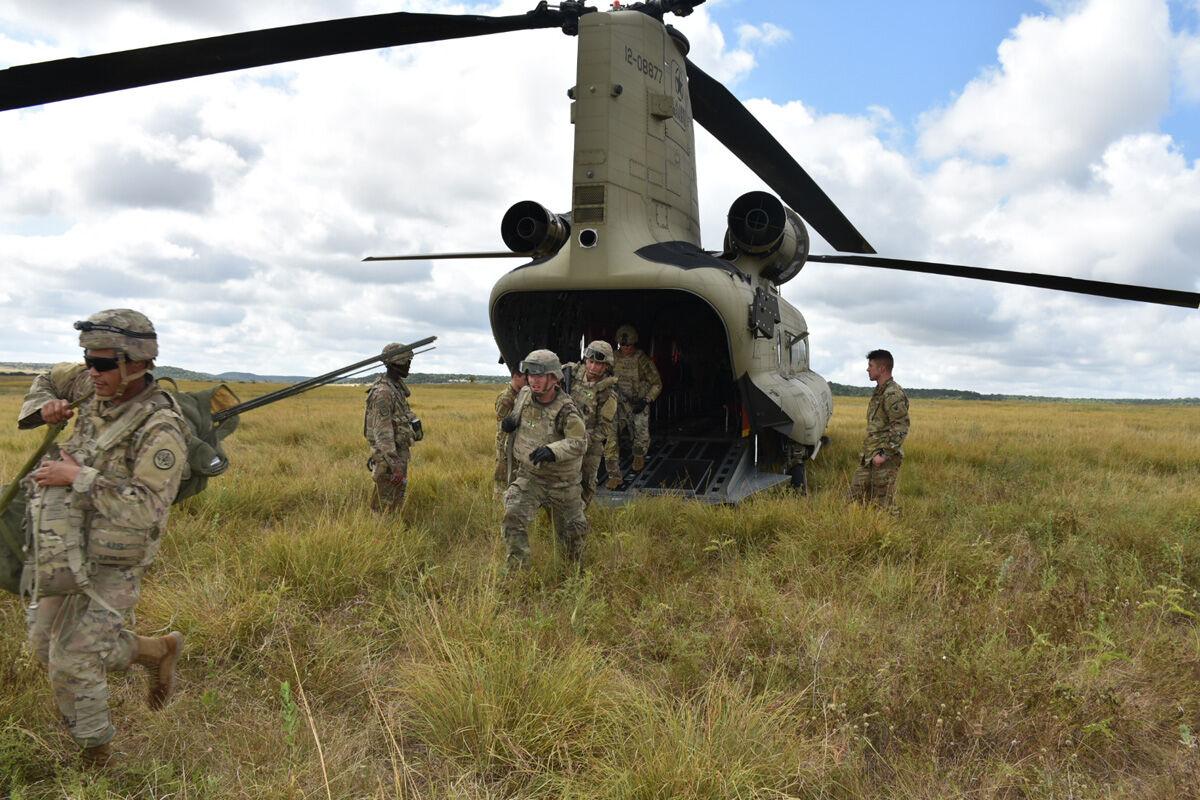 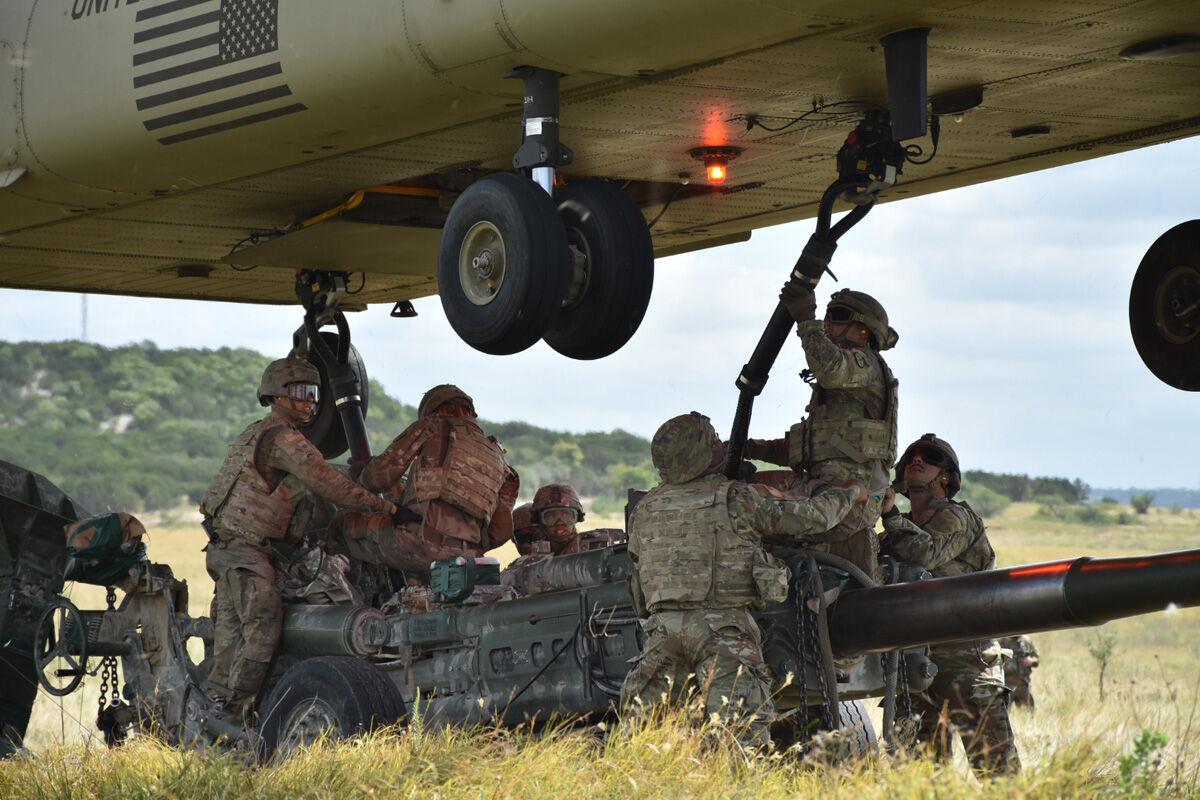 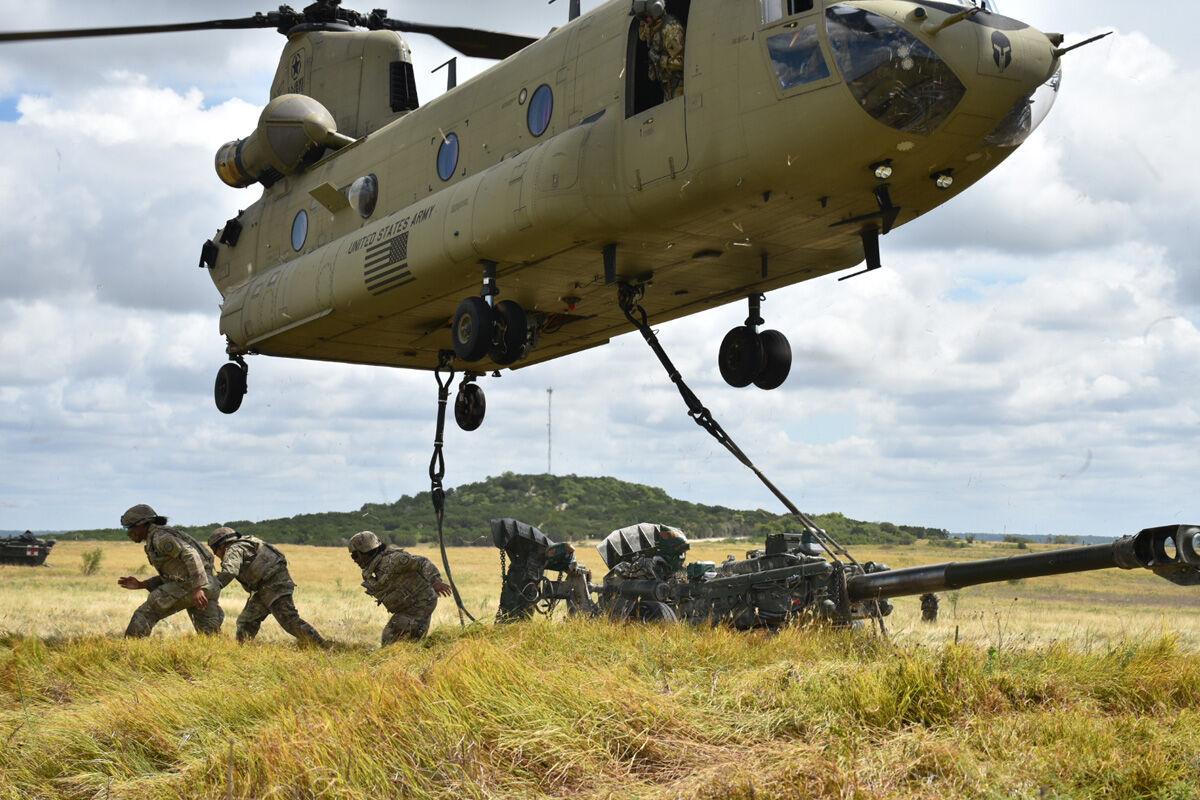 Troopers from Btry. B, Sqdn., 3rd Cav. Regt., retreat after preparing the M777A2 Howitzer for sling load by a CH-47 Chinook heliopter July 27 at Fort Hood.

Troopers from Btry. B, Sqdn., 3rd Cav. Regt., retreat after preparing the M777A2 Howitzer for sling load by a CH-47 Chinook heliopter July 27 at Fort Hood.

Field Artillery Squadron, 3rd Cavalry Regiment, returned to the field for a two-week platoon training exercise after several months of preparation. One of the training event highlights was the execution of a gun raid by positioning two howitzers forward in the fight allowing the Brave Rifles to destroy a simulated enemy as part of the tactical scenario.

“Today’s M777 gun raid marked the culmination of a rigorous effort to bring the air mobile capability back to Steel Squadron,” Lt. Col. Tyler Donnell, FA Sqdn. commander, said. “The leaders and troopers of Steel Squadron performed remarkably well and proved they are a well-trained, ready artillery squadron prepared to shape the deep fight for the 3rd Cav. Regt.”

Steel Squadron has been training for the past three months to rebuild the unit’s air assault capabilities and knowledge. Training included a leader professional development series on air assault planning, execution of air assault operations, and artillery-specific air assault considerations. Additionally, gun crews focused efforts on Artillery Table III rigging procedures to gain proficiency and certification in preparing the M777A2 Howitzer for air movement. After establishing a baseline of knowledge, Steel was able to plan and execute a live artillery gun raid with two M777A2 Howitzers.

Capt. Travis Willis, Battery B commander, said the training tested the load for the CH-47 Chinook and sling loading procedures for the M777A2 Howitzers, allowing the unit to put fires forward and get effects quicker to help the forward-line troops.

“Today, we are sling loading howitzers with ammunition, load, and personnel to validate the weight,” Willis said. “These are mission essential tasks, and we haven’t had the opportunity the last couple of years to train on these tasks, and it’s a priority of the commander. Sling loading allows us to get in, strike quickly, and ex-fill the area.”

“Command Sgt. Maj. Sebastian Camacho and I are extremely proud of their professionalism and ability to provide lethal field artillery fires,” Donnell said.